From the launch of Guardians of the Galaxy: Cosmic Rewind to the long-awaited debut of a sequel to Enchanted, this year was packed with highly anticipated moments… the biggest (for us) being D23 Expo! It was amazing to spend this year celebrating everything Disney with you—so, let’s take some time to reflect on our favorites from the year. 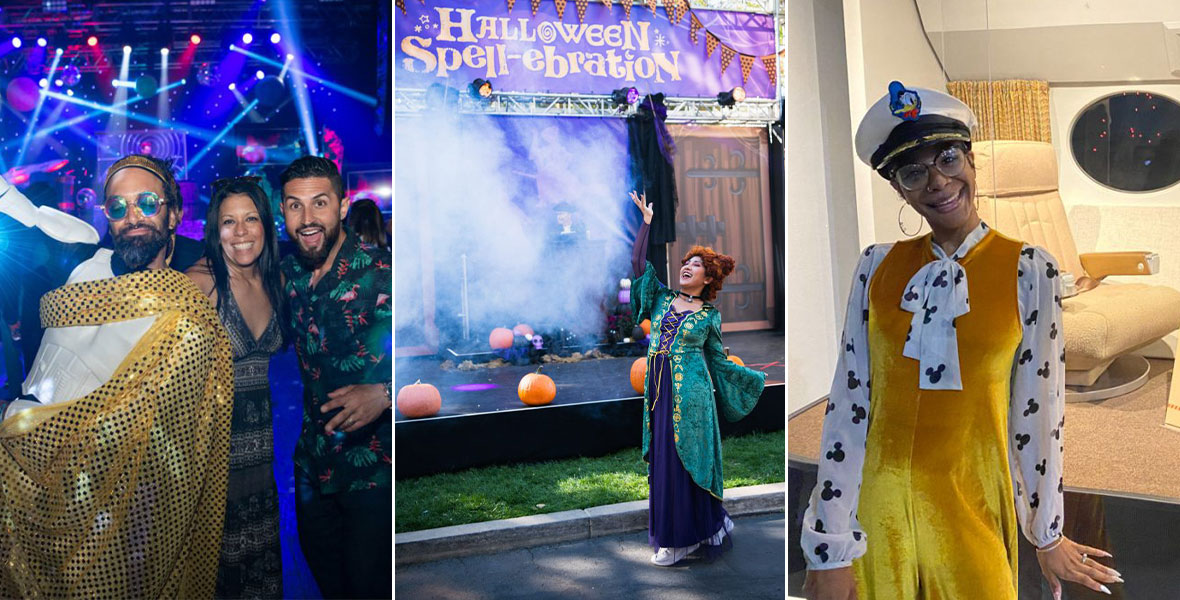 In 2022, we celebrated the ultimate Disney fans with extraordinary D23 Member events across the country, commemorating several milestone anniversaries of fan-favorite films with awe-inspiring affairs, like a tropical shindig for the Lilo & Stitch’s 20th, a nationwide celebration of Hercules’ 25th, and a celebration at the Walt Disney Studio Lot for Bedknobs & Broomsticks’ 50th.

D23 channeled the force at Star Wars Celebration 2022 with a panel celebrating 35 years of Star Tours and “hustled like a Hutt” at our D23 Galactic Disco. D23 also traveled to Marceline, Missouri, for a visit to Walt Disney’s hometown, embarking on a historic journey of the sites important to his boyhood, and hearing stories from the locals. Members were also among the first to see incredible Walt Disney Archives exhibitions in Detroit, Anaheim, Palm Springs, and Pasadena!

In San Diego, D23 hosted an animated member mixer inspired by The Disney Afternoon, followed by a Derezzed Dance Party on the Grid inspired by 40 years of TRON over the summer! D23 Gold Members got to rock the galaxy at our D23 Gold Member preview of Guardians of the Galaxy: Cosmic Rewind at EPCOT, where later in the year, we also celebrated the park’s 40th Anniversary!

In the fall, D23 “spell-ebrated” Halloween Sanderson-style, with a Hocus Pocus 2 “Run Amuck” in Salem event, a D23 Member-Exclusive Oogie Boogie Bash, and a haunted happening at the Walt Disney Studios. Then, D23 rang in the Season of Magic, celebrating 30 years of The Muppet Christmas Carol at multiple merry locations across the country, including New York City, Orlando, and Burbank.

But above all, who could forget that D23 hosted the world’s BIGGEST Disney Fan Event: D23 Expo 2022, sharing the latest news, projects, and looks forward to the future of The Walt Disney Company—all while kicking off the celebration of Disney100! It was a time for Disney fans around the world to connect and revel in their fanhood, looking back at the last 100 magical years and looking ahead to a bright future of limitless possibilities, reflecting on the stories we love and those yet to come.

If 2023 is anything like our past year, we know it’s sure to be a fan-tastic crown jewel in 100 years of The Walt Disney Company—and D23: The Official Disney Fan Club can’t wait to jubilate in all the magic and excitement with the best fans in the whole world! 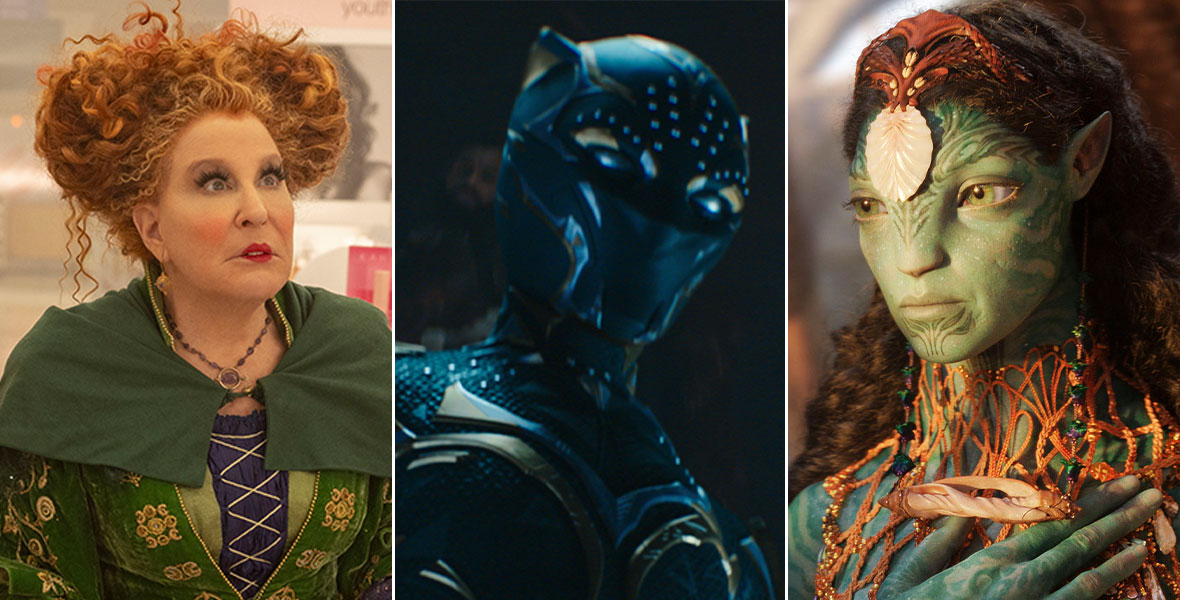 A Year of Movie Magic

Over the past 12 months, Disney released dozens of titles that enticed the young and young at heart. Some of our favorites at D23 include (in chronological order): Death on the Nile, Turning Red, OLIVIA RODRIGO: driving home 2 u (a SOUR film), Crush, Doctor Strange in the Multiverse of Madness, Sneakerella, Thor: Love and Thunder, ZOMBIES 3, Under Wraps 2, Hocus Pocus 2, Rosaline, Black Panther: Wakanda Forever, Disenchanted, Strange World, Darby and the Dead, and Avatar: The Way of Water. If you loved this list, just wait until you see what’s coming next year!

Back in March, The Walt Disney Company won six Academy Awards® at the 94th Oscars® ceremony on ABC. The night opened with a historic win for Best Actress in a Supporting Role—West Side Story’s Ariana DeBose is the first Afro-Latina and openly queer woman of color to receive the honor. Not only that, but she and Rita Moreno are the first pair of women to win Academy Awards for playing the same character. DeBose told Moreno, “Your Anita paved the way for tons of Anitas like me. I love you so much.” Walt Disney Animation Studios’ Encanto went on to win the award for Best Animated Feature Film, while Cruella took home the award for Best Costume Design. (And how could they not? Those costumes were fabulous, darling!)

In another first, Summer of Soul (…Or When the Revolution Could Not Be Televised) was awarded Best Documentary Feature, marking Disney’s Onyx Collective and Hulu’s first Oscar win, and Searchlight Pictures’ first win in the category. And Searchlight Pictures’ The Eyes of Tammy Faye took home two Academy Awards: a big Best Actress in a Leading Role win, for Jessica Chastain, and Best Makeup and Hairstyling. In her acceptance speech, Chastain gave the heartfelt assurance, “For any of you out there who do in fact feel hopeless or alone, I just want you to know you are unconditionally loved for the uniqueness that is you.” Read more about Disney’s momentous Oscars Sunday here. 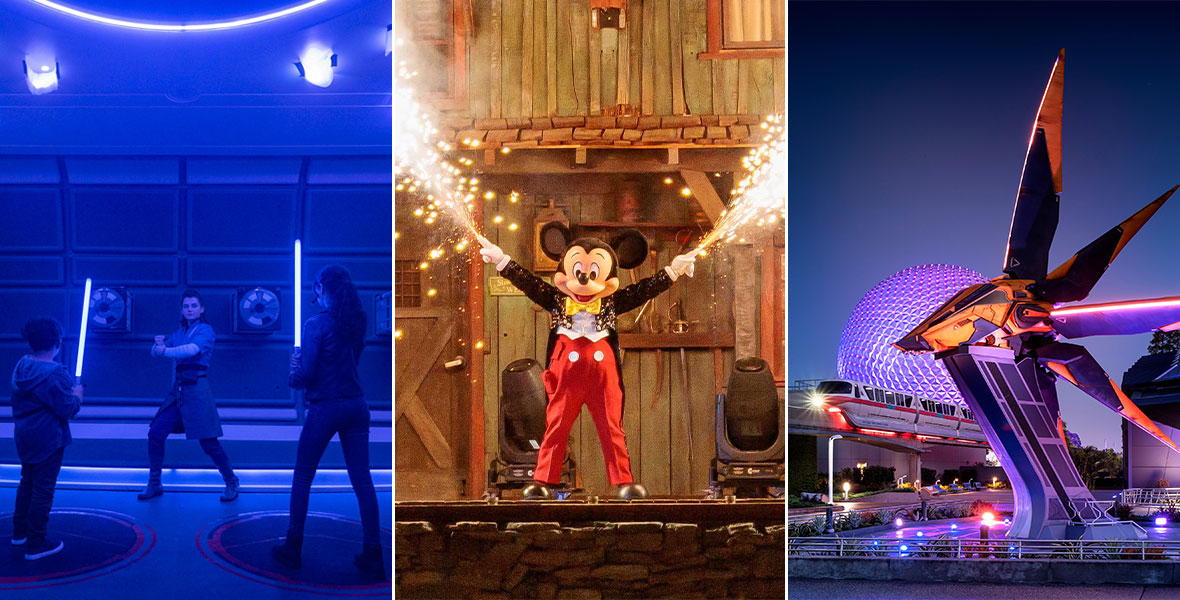 This year also brought the debut of advancements in Disney voyages, both at sea and in… space? The Disney Wish set sail this past summer, joining the Disney Cruise Line fleet and bringing guests all-new dining experiences and entertainment, including AquaMouse—the first-ever Disney attraction at sea, which features Mickey and friends in a brand-new adventure. The D23 Inside Disney team helped kick off the inaugural voyage with a special video episode highlighting all the magic the ship has to offer.

Meanwhile, something entirely new was taking off at Walt Disney World Resort... Star Wars: Galactic Starcruiser. This revolutionary two-night immersive experience takes you on a trip through the Star Wars galaxy, introducing you to out-of-this-world cuisine, epic lightsaber training, and a performance from an intergalactic pop star! Every trip is different for every guest, because Star Wars: Galactic Starcruiser makes YOU the main character.

While we’re continuing to celebrate Walt Disney World’s golden anniversary, which kicked off October 2021, we celebrated even more anniversaries this year: Tokyo DisneySea rang in 20 splashy years, while we said “bon anniversaire” to 30 years of Disneyland Paris. Both parks celebrated in style, with Tokyo DisneySea introducing a new spectacular, Believe! Sea of Dreams, and a new friend in LinaBell the fox, the newest addition to Duffy and Friends (who debuted at Shanghai Disneyland in the prior year and Hong Kong Disneyland this year).

Over at Disneyland Paris, not only was the park full of sparkling art and overlays to celebrate the anniversary, but Mickey Mouse was able to pull off the most magical trick of all—lighting up the Eiffel Tower! Later in the year, there was a super new development to Walt Disney Studios Park: The opening of Avengers Campus, the second Super Hero-centric land to open at a Disney park (Disneyland Resort’s Avengers Campus being the first, having opened last year). It features two attractions, Spider-Man W.E.B. Adventure and Avengers Assemble: Flight Force.

Only one anniversary involved “thousands of sparkling lights and electro-syntho-magnetic musical sounds”: The Main Street Electrical Parade! The streets of Disneyland Park were aglow with the floats from this much-beloved parade, which celebrated 50 sparkling years this past June. That wasn’t the only thing lighting up the nights at Disneyland Resort, however. We also saw the return of Disneyland Forever fireworks spectacular, World of Color, and Fantasmic! at Disneyland Resort this year—with Fantasmic! also returning to Disney’s Hollywood Studios this past November.

This winter, Disneyland Park attendees have been saying the same thing: “I would like to see the baby.” The Mandalorian and his adorable charge, Grogu, made their debut at Disneyland Star Wars: Galaxy’s Edge after being announced at D23 Expo 2022 in September. They aren’t the only bounty hunters lurking in the shadows of Black Spire Outpost… After their reveal at Star Wars Celebration, Boba Fett, and Fennec Shand also began stalking the streets of Batuu.

The Star Wars universe isn’t the only thing that’s expanding! Avengers Campus has been home to a multitude of visiting Super Heroes, from the new Black Panther to the Scarlet Witch herself. When you weren’t busy meeting Moon Knight or catching up with Ms. Marvel, you might have noticed an incredible advancement in Imagineering: Clad in his quantum suit, Hulk towered over guests for a brief time after his reveal at D23 Expo.

Over on the East Coast, EPCOT guests experienced an intergalactic adventure of their own in the form of Guardians of the Galaxy: Cosmic Rewind. This thrilling new attraction created by Walt Disney Imagineering not only features the first-ever reverse-launch on a Disney coaster, but also includes 360-degree rotating action as you race across the galaxy! The D23 Inside Disney podcast celebrated the attraction’s launch with a special video episode in May that featured amazing behind-the-scenes details.

Television series took audiences on all manner of adventures throughout 2022—from the return of some well-known juggernauts to the additions of a slew of new shows from across the worlds of Disney. 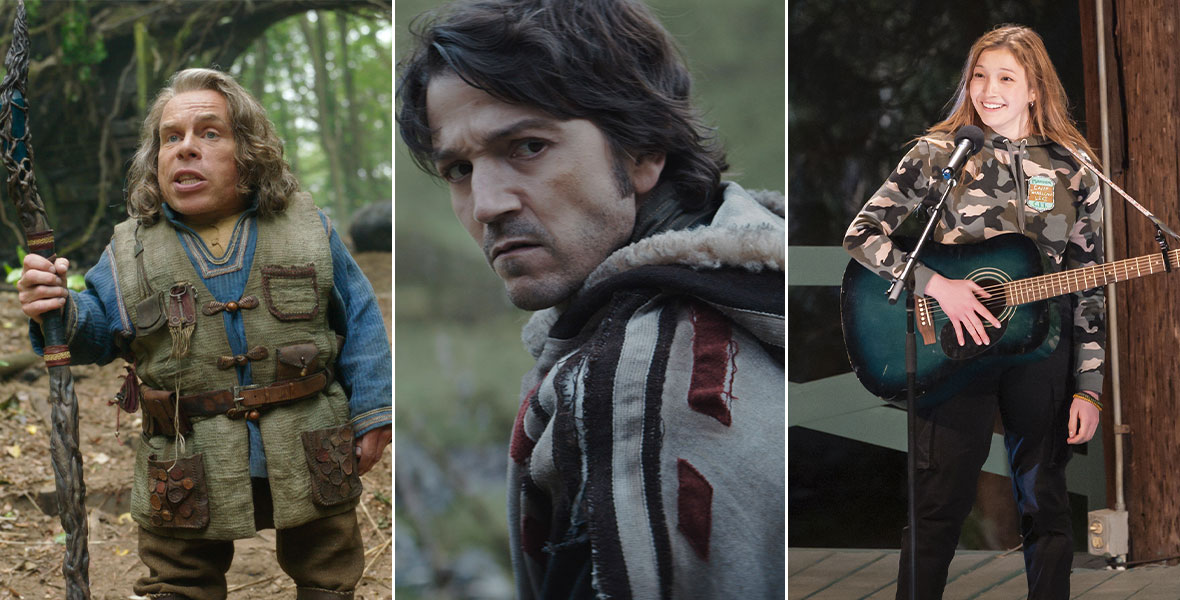 Programming from our pals at Disney+ reintroduced us to the magic of Willow Ufgood in Lucasfilm’s Willow; followed an all-new treasure map in the continuing exploits of National Treasure: Edge of History; caught back up with Scott Calvin and family in The Santa Clauses; and even watched as an ’80s icon was kidnapped and rocketed through holly, jolly space in The Guardians of the Galaxy Holiday Special. We also got glimpses into two important backstories thanks to Lucasfilm’s Andor and Obi-Wan Kenobi, and watched as our favorite Wildcats went to sleepaway theater summer camp in High School Musical: The Musical: The Series.

Meanwhile, we met Jennifer Walters and her memorable alter-ego in She-Hulk: Attorney At Law; watched as Kamala Khan realized some amazing new powers in Ms. Marvel; observed as Steven Grant and Marc Spector became Moon Knight; and even followed along as a teenager searched for his long-lost parents in Tierra Incógnita. But that’s not all: The iconic Prouds returned in the animated series The Proud Family: Louder and Prouder, and everyone’s favorite inflatable healthcare companion, Baymax!, helped several new (and occasionally unsuspecting) patients. And the God of Thunder himself pushed his body to the limit—and we mean that quite literally—in Limitless with Chris Hemsworth.

Over on Hulu, Only Murders in the Building returned to surprise and delight all (fictional) true-crime fans, while Love, Victor wrapped up its third and final season. How I Met Your Father looked at a brand-new group of friends navigating life, and The Hair Tales explored the stories and beauty of Black hair from Black women’s perspectives. ABC, meanwhile, celebrated two incredible milestones: the final episode of the game-changing series black-ish, starring Disney Legends Anthony Anderson and Tracee Ellis Ross, and the 400th episode of Grey’s Anatomy, featuring Disney Legend Ellen Pompeo. Plus, another singing sensation was chosen by fans on American Idol (during its 20th milestone season), and Abbott Elementary, created by and starring Quinta Brunson, took pop culture—and the Emmys®—by storm. 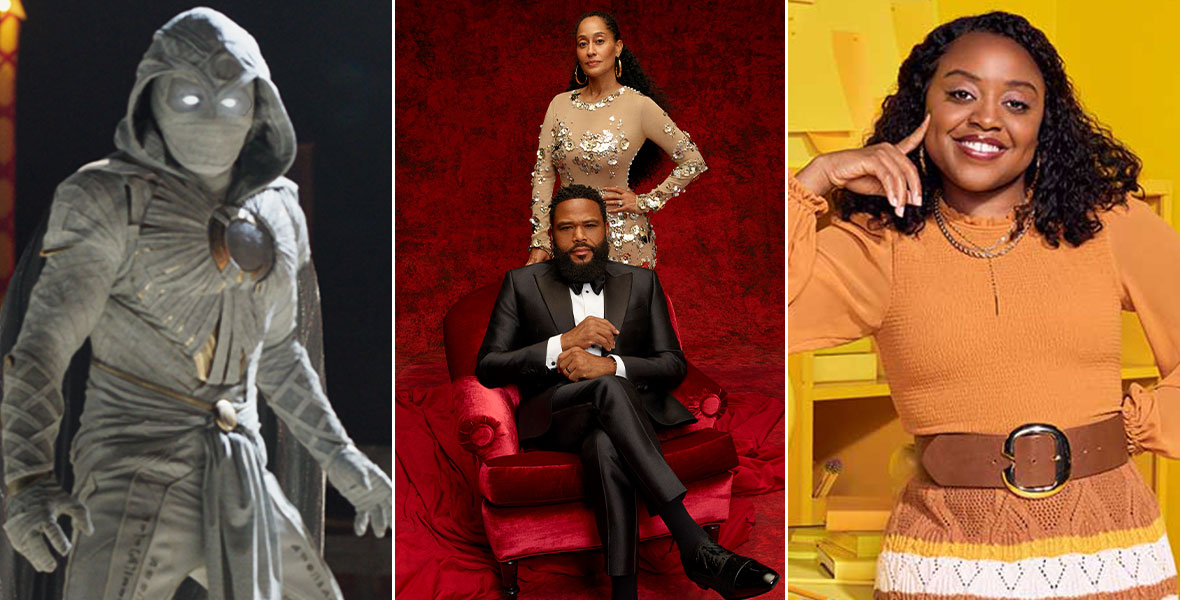 FX continued to wreak hilarious havoc with What We Do in the Shadows, and Nat Geo (via Disney+) took viewers to some of the most exotic locations on Earth with Epic Adventures with Bertie Gregory. And over on Disney Channel, Secrets of Sulphur Springs continued to dig into the origins of The Tremont; hijinks ensued on Raven’s Home; and the new series Hamster & Gretel introduced viewers to an unlikely super-powered duo.

Hope you had as much fun streaming in ’22 as we did!