Home / News / Headlines / Behind the Scenes of Baymax! on Disney+

Walt Disney Animation Studios’ six-episode series Baymax! returns to the fantastical city of San Fransokyo, where the affable and inflatable healthcare companion robot Baymax (voiced by Scott Adsit) sets out to do what he was programmed to do: help others. Created by Don Hall and produced by Roy Conli and Bradford Simonsen (the team behind the 2014 feature film Big Hero 6), Baymax! is now streaming on Disney+.

Hall pitched the idea for a Baymax-centric series in 2019. Whereas Disney Television Animation’s Big Hero 6: The Series (2017-2021) “explored so many great avenues and really furthered the story of all the characters in Big Hero 6,” Hall shared, “what I thought we could do with our series was focus on Baymax and one patient at a time.” 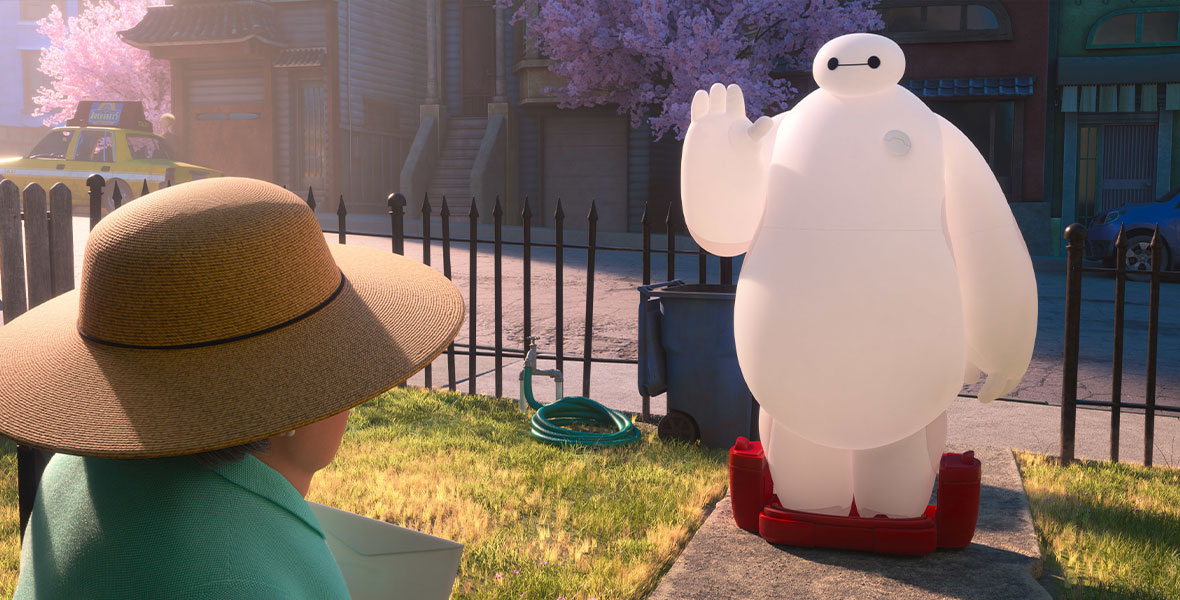 Hall, who was joined by Adsit, Conli, and Simonson at the global press conference for Baymax! on Monday, continued, “I thought it would lend itself to some fun stories where we get to meet a patient and see the fun of Baymax helping them. Through Cirocco Dunlap’s writing and Scott’s performance, and all the directors who worked on the show, it became something much more than what I’d envisioned at the beginning.”

Conli said he’s “very proud” of how the series evolved—and how it honors real-life medical professionals: “Every episode is actually dedicated to our healthcare heroes.” Baymax! has plenty of “humor and heart,” he added. “This is Disney at its best. I was so impressed with Cirocco, who came in and totally understood the soul of Big Hero 6—and the soul of Baymax, for that matter. Between Don, who is a brilliant storyteller, Cirocco, and our fabulous directors, we created some amazing new characters for the series. Each has a physical ailment, but as usual, when you have a physical ailment, there’s also an emotional element to that. In Baymax’s inimitable way, he is able to address both. Then, you add Scott Adsit in there, and you’ve got magic!”

The most admirable thing about Baymax is that he leads with “compassion,” said Adsit. “He is very aware of making people feel good, and he is in no way judgmental, which is the great thing about him. He approaches everything equally and is only there to provide help and support and knowledge. And that’s what we all aspire to do, right?”

Because Baymax’s “innate compassion” is literally programmed into him, it can lead into some hilarious hijinks. “He is relentlessly focused on that; you can’t bump him off of that,” Hall explained. “That is his protocol, so he will do it. Part of the fun of the series is looking at that from the perspective of a patient who may not want his help.” 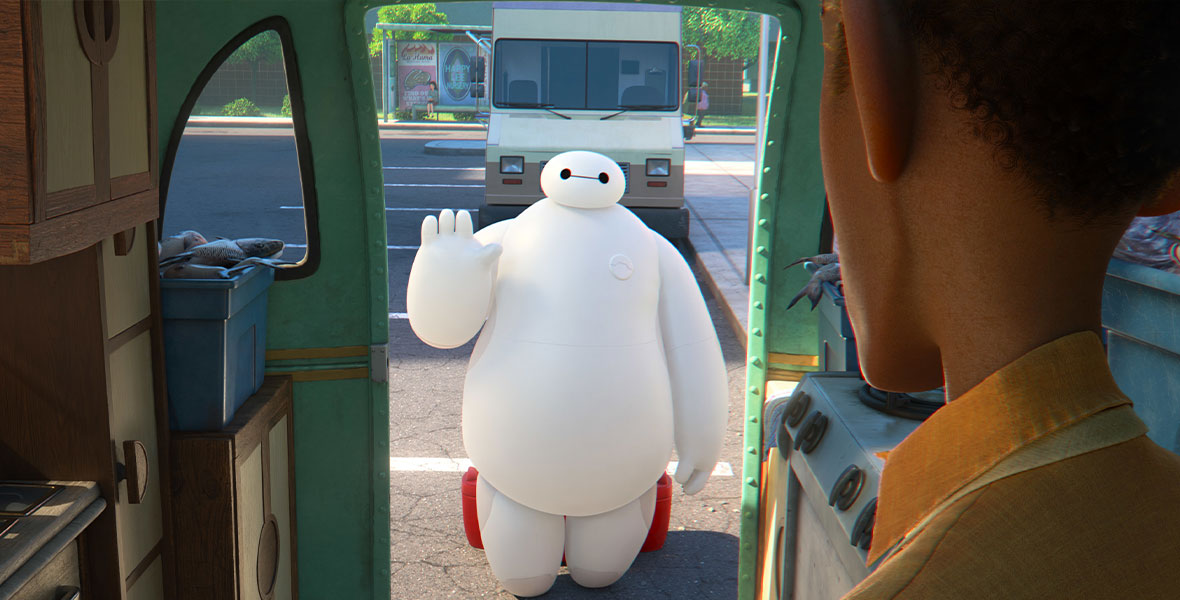 Baymax means well, of course. Simonsen described Baymax as “a total innocent,” saying, “He’s so huggable and so cute. Our animation team is so amazing. What they’re able to do with two blinky eyes and some ‘squishy squishy’ is absolutely amazing. With Scott’s voice, they bring him to life. You want to just hug him and pal around with him and follow him around. There’s so much to love in all his mannerisms.”

After joking that he has “six favorite episodes,” Adsit revealed his favorite involves a character named Sofia, who experiences her first period right before a talent show. “She is a bit panicked by this change that’s happening in her life, and she doesn’t know if she’s ready to make that leap into adulthood,” Adsit said. “And Baymax is there to help her understand that change is good—that you don’t have to be afraid of it.” Because the subject matter was “talked about very openly and plainly,” he explained, “That’s when I knew this was a very special series—and I’m very proud to be part of it.”

Three years after Hall pitched Baymax! to Disney+, the entire team is excited to finally share these six episodes with the world. “We really hope that the characters are inspiring, that Baymax is inspiring, that people take a moment to think about and care about each other,” Simonsen said. “We hope that people enjoy the show, and learn and grow from it. It isn’t just one of those laughers. It’s very emotional and thoughtful.”