With Awards season just behind us, we are left in the blissful wake of waves and waves of lists. Best movies. Best TV shows. Best movies that were once TV shows. We have even seen a few lists of Best Disney Songs. While we could debate all day about the merits of “When You Wish Upon a Star” and “Part of Your World,” we felt like it would be more fun to go for some unlikely favorites. The best Disney songs… that you may not think of as “Disney.” These songs might not conjure images of castles and pixie dust when you hear them, but they are all gems.

To create the list, we set ourselves some parameters:

So here we go—in no particular order. Love them? Feel like we forgot something? Let us know on Facebook. 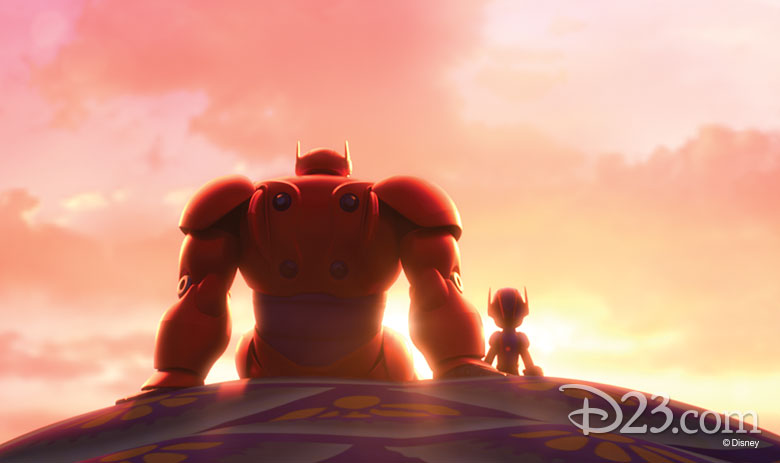 The indie band gave additional street cred to the big 2014 movie with this powerhouse anthem. “The idea of this kid stepping up on behalf of his brother is what inspired the song’s title, ‘Immortals,’” says the band’s Patrick Stump. “Your victories aren’t exclusively yours, so the fact that all of these people are coming together to help him get to the finish line is really exciting.” 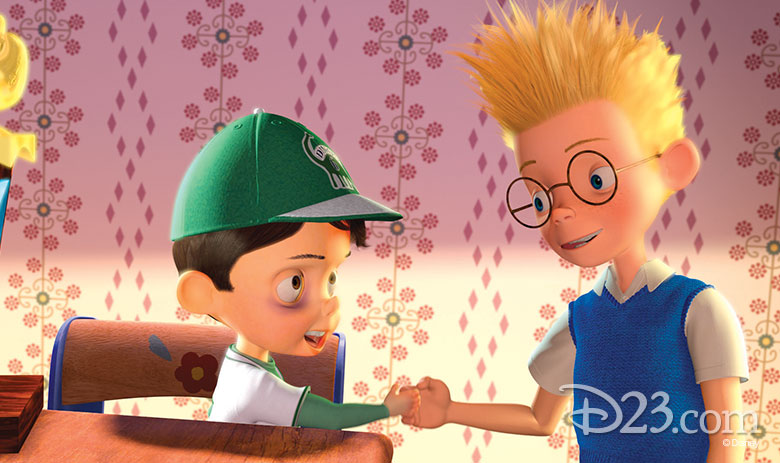 Released in 2007, this heartwarming song peaked at No. 58 on the Billboard Hot 100. It was covered by Savannah Outen on Disneymania 7. 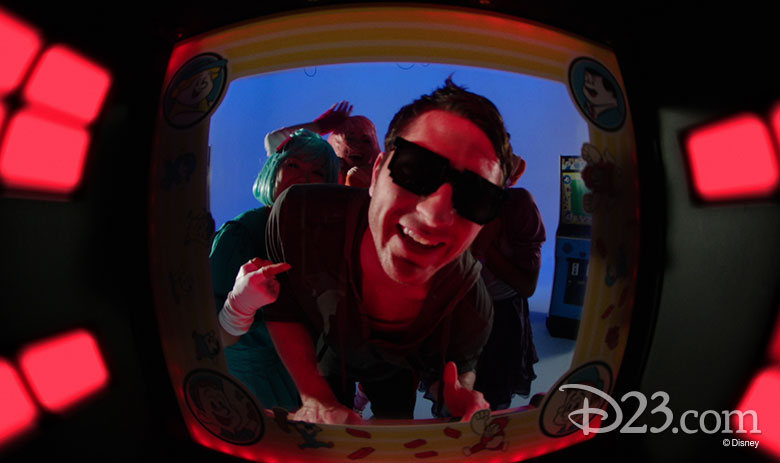 “When Can I See You Again” (Wreck-It Ralph)
Artist: Owl City

“I felt like it was really challenging to try to live up to the Disney legacy,” Owl City’s Adam Young told AOL about writing the pop-synth confection for the 2012 film. “I had a blast.” An adapted version of the song was used for Hong Kong Disneyland and Disneyland’s Paint the Night Parade. 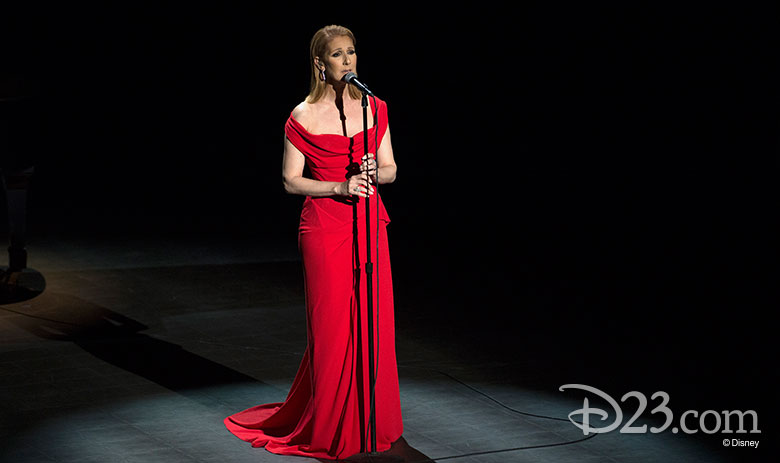 “Because You Loved Me” (Up Close & Personal)
Artist: Celine Dion

This Billboard Hot 100 No. 1 single from 1996, penned by hit-maker Diane Warren and produced by David Foster, went on to win a Grammy® Award for Best Song Written for a Motion Picture or Television. It was also nominated for an Oscar® and Golden Globe Award. 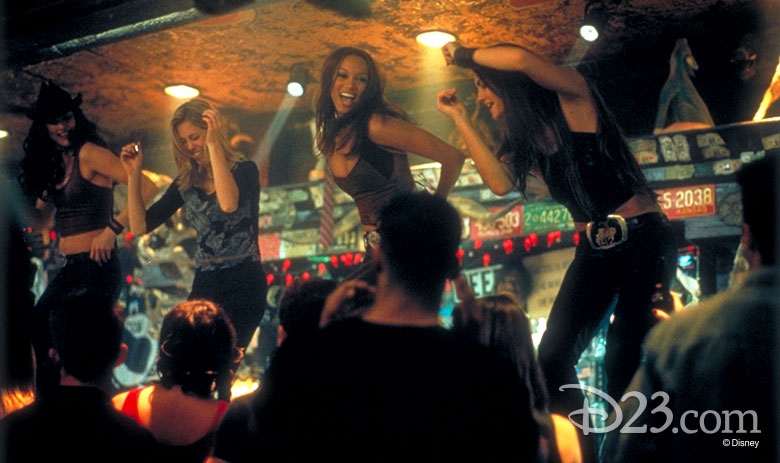 This boot-stomping hit from 2000 is another Disney hit written by Diane Warren. It was recorded by LeAnn Rimes, who provided the singing voice for Piper Perabo’s character in the film. It hit No. 11 on the Billboard Hot 100 and went on to become Australia’s best-selling single of 2001. 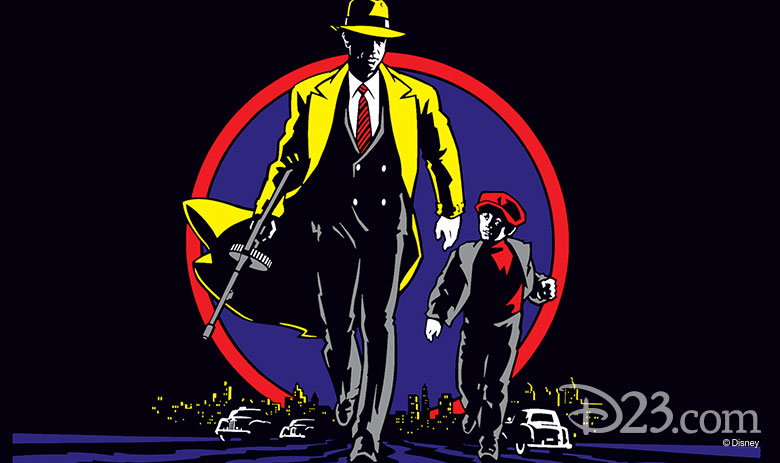 “Sooner or Later” (Dick Tracy)
Artist: Madonna
When people think of Madonna, they naturally think of Disney. Well… at least in this case. As Breathless Mahoney in 1990’s Dick Tracy, the pop icon belted out this Stephen Sondheim-penned song—and she did it again in 1991 on stage at the Oscars® when the song won an Academy Award® as well. 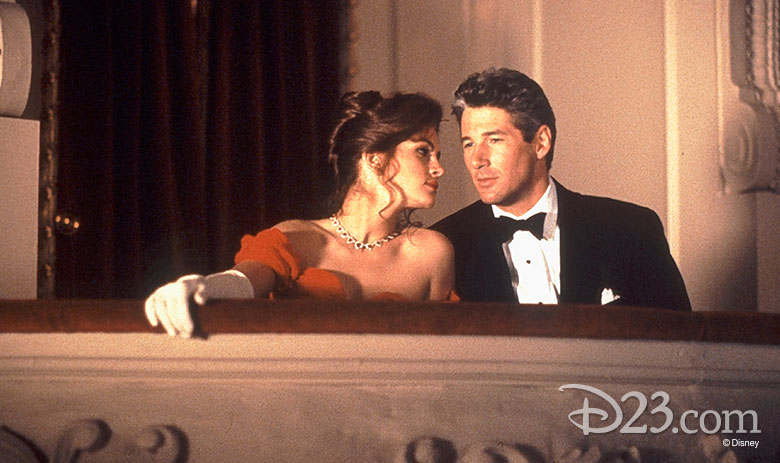 This catchy tune landed on the No. 8 spot on the Billboard Hot 100 and was Go West’s biggest hit. It appeared on the film’s 1990 soundtrack and later on Go West’s 1992 album Indian Summer. 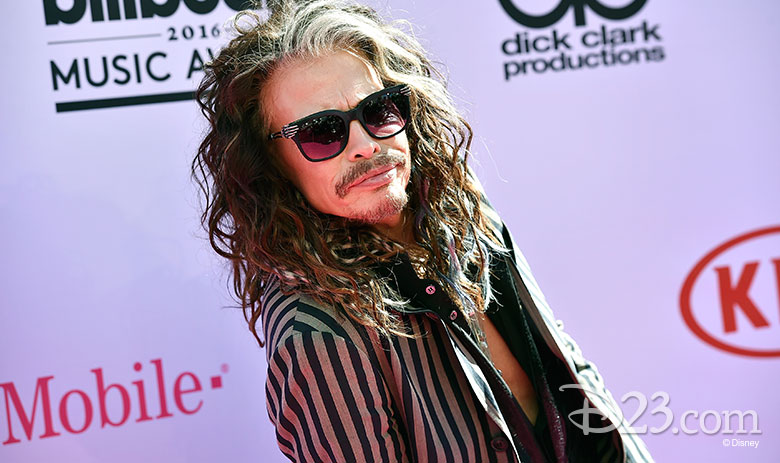 This chart-smasher (another Diane Warren success!) hit No. 1 on Billboard’s Hot 100 when it came out in 1998. Despite the band having been together for decades, it remains Aerosmith’s only No. 1 single. 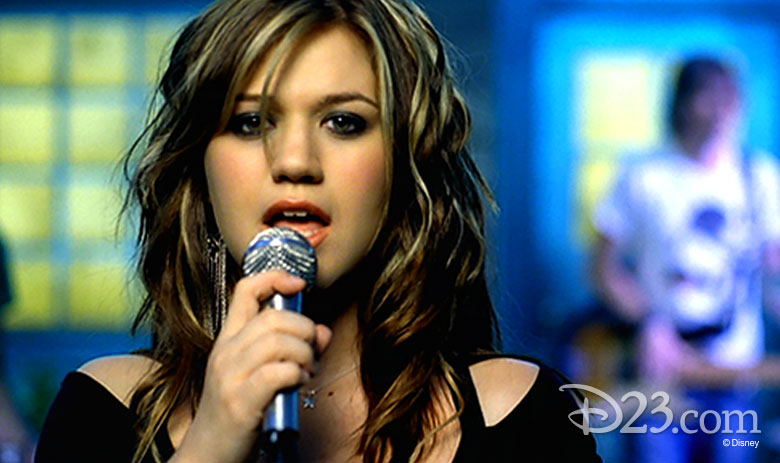 This song spent an incredible 46 weeks on Billboard’s Hot 100 when it was released with the film’s soundtrack in 2004. It was originally going to be recorded by Avril Lavigne (who still has a writing credit), but she changed her mind and handed it off to then-up-and-coming artist Clarkson. 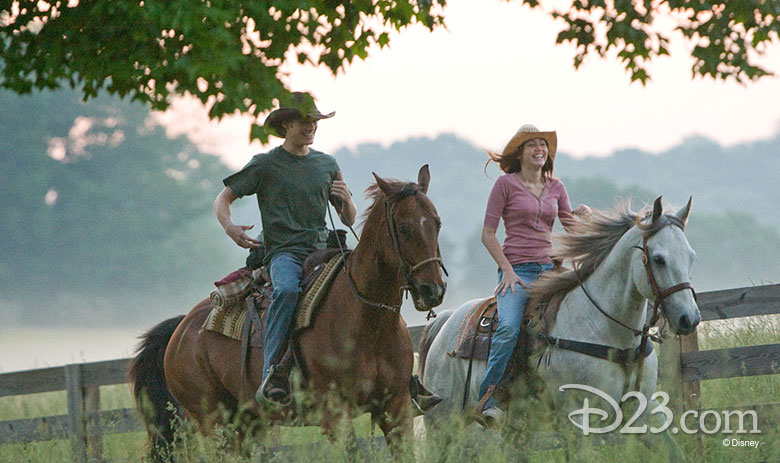 When Disney brought Hannah Montana to the big screen in 2009, it was critical for Miley Cyrus to have an unforgettable song. “The Climb,” which reached No. 4 on the Billboard Hot 100, picked up a prize for Best Song from a Movie at the 2009 MTV Movie Awards. Cyrus also performed the song to a standing room-only crowd at the inaugural D23 Expo in 2009. 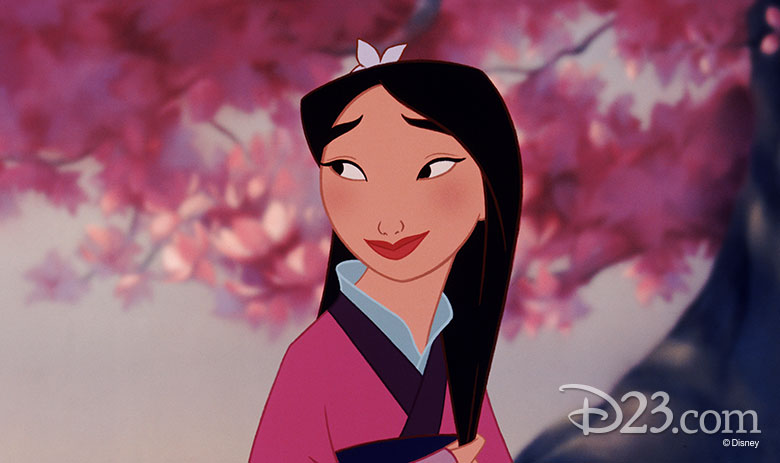 “True to Your Heart” (Mulan)
Artists: Stevie Wonder and 98º

Music legend Stevie Wonder teamed up with popular boy band 98º to record this danceable song for the closing credits of the 1998 film. Raven-Simoné’s cover of the tune would go on to appear on the soundtrack of the Disney-produced/Miramax-distributed 2004 film Ella Enchanted. 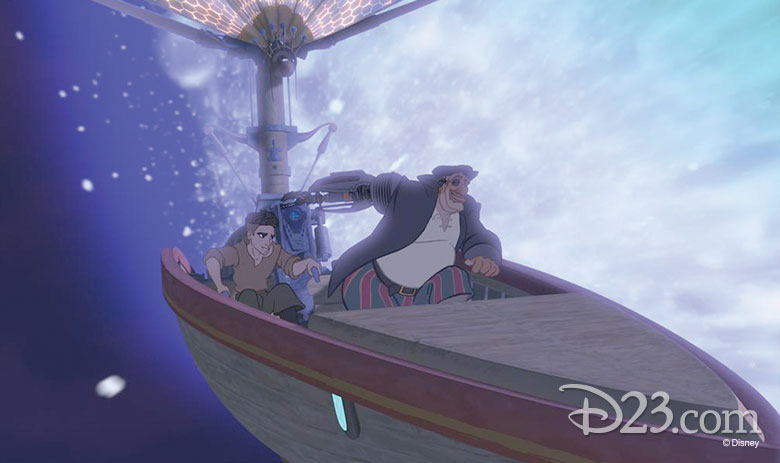 This 2002 alt-rock song was recorded by Rzenik—one of his earlier hits away from The Goo Goo Dolls. “It was easy to relate to Jim, you know? I felt a lot like that when I was his age,” said Rzeznik of the song which peaked at No. 10 on Billboard’s Adult Pop Songs chart. 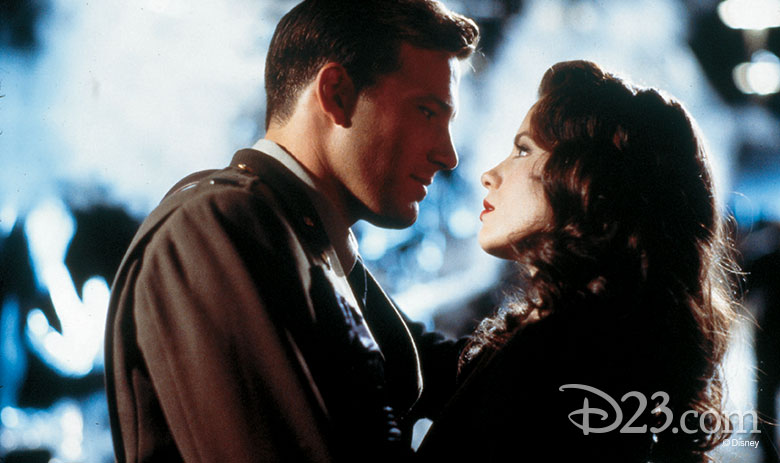 Diane Warren strikes for a fourth time on our list with this hit for Hill in the 2001 film. Pearl Harbor’s director, Michael Bay, directed the music video for the song, which was nominated for an Academy Award but lost out to fellow Disney contender “If I Didn’t Have You” from Monsters, Inc. 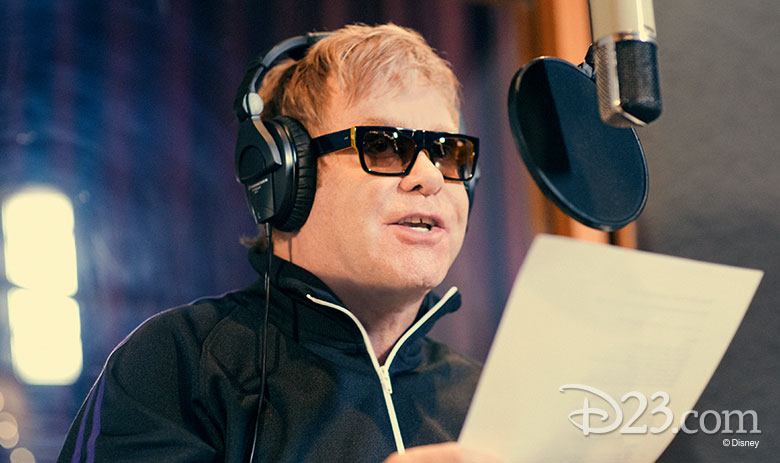 The Golden Globe-nominated single for this song from the 2011 animated film was released just by John, although in the film, it’s a duet between the Rocket Man and Lady Gaga. 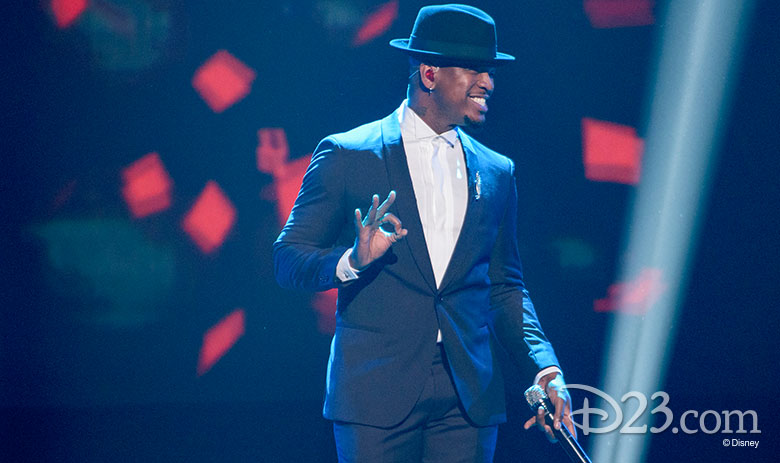 “Never Knew I Needed” (The Princess and the Frog)
Artist: Ne-Yo 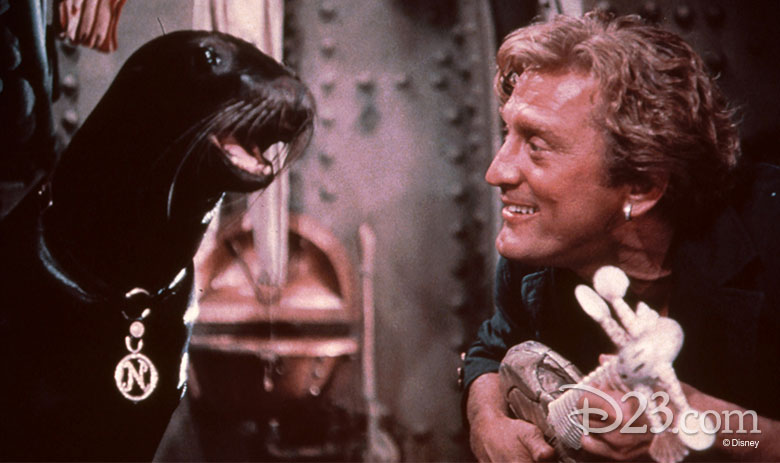 The song written for the 1954 film was performed by Kirk Douglas. It was co-written by Al Hoffman, who lent his songwriting skills to other Disney songs such as “Bibbidi-Bobbidi-Boo” and “The Unbirthday Song.” 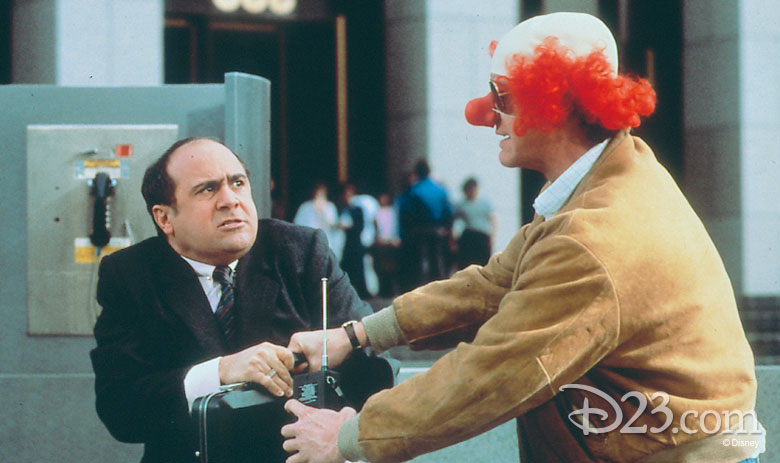 “Ruthless People” (Ruthless People)
Artist: Mick Jagger
Rock legend Mick Jagger made it to No. 51 on the Billboard Hot 100 with the title track to this 1986 film. The song was actually written by three well-known musicians: Daryl Hall (of Hall & Oates), Dave Stewart (of Eurythmics), and Jagger. 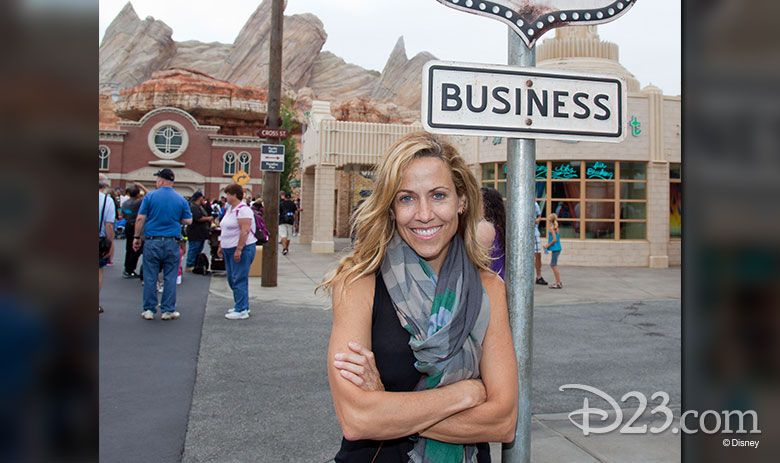 This country gem was nominated for a People’s Choice Award for Favorite Song in a Movie in 2007. It was later covered by Billy Ray Cyrus for Disneymania 6 and by Honor Society for Disneymania 7. 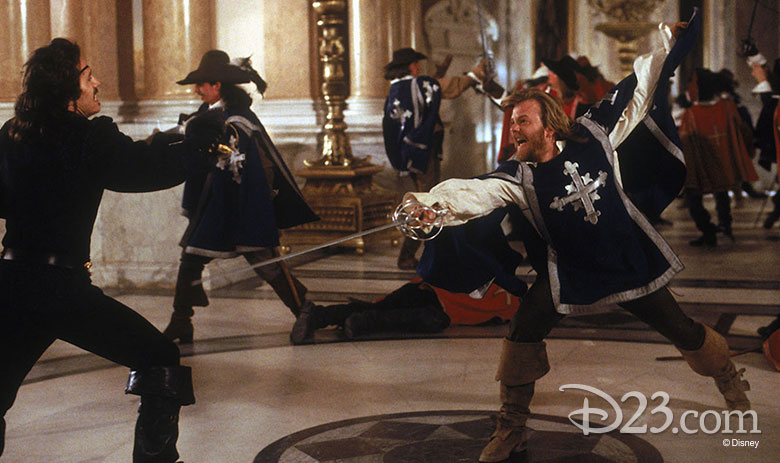 Co-written by Adams for the 1993 film, the song managed to stay at No. 1 on the Billboard Hot 100 for three weeks. Adams still performs the song in concert to this day, having fans this past January in Malaysia(!) sing along to the hit. 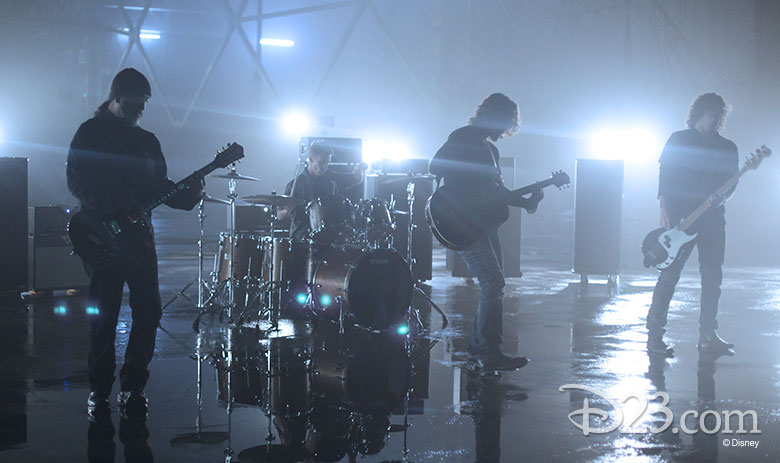 Soundgarden may seem an unlikely fit for Disney, but their rock anthem for 2012’s The Avengers made it to No. 1 on the Billboard Mainstream Rock chart. “Writing a song for the Avengers film, it has to be lyrically not specific to the movie or the story, but it has to work with it,” Soundgarden lead singer Chris Cornell told The Hollywood Reporter. “It wasn’t so easy. But it turned out absolutely a Soundgarden song.”