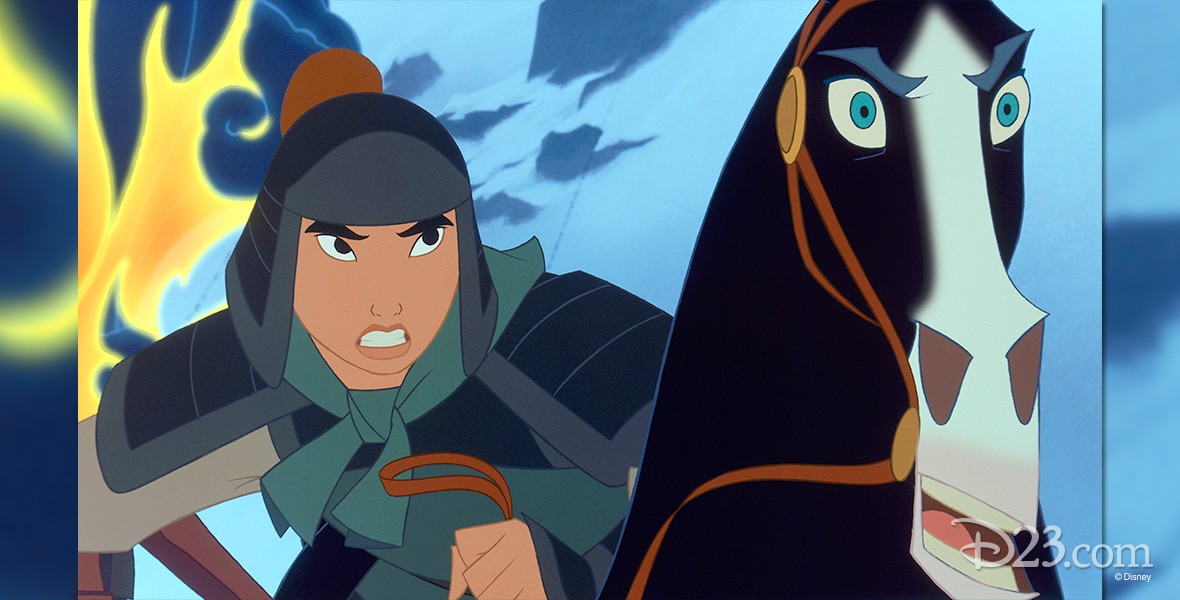 Mulan (film) Based on a 2,000-year-old Chinese folktale, this animated feature is the story of a high-spirited girl who tries hard to please her parents and be the perfect daughter, but who feels that she is always disappointing them. When Mulan’s aged father is called to certain death in war, her bold compassion compels her to save his life by disguising herself as a man and joining the Chinese army in his place. Brought to life by Mulan’s extraordinary actions, a feisty, flimflam “guardian” dragon, Mushu, joins the heroine’s quest and leads her into a series of comic misadventures. At the height of their success, their masquerade is revealed and both are abandoned in disgrace. When all seems lost, Mulan’s irrepressible will spurs her once again to courageously fight against all odds, defeat the terrible Hun invaders, and save the Emperor, bringing honor to her beloved parents. Released Jun. 19, 1998. There was a world premiere at the Hollywood Bowl on Jun. 5. Directed by Barry Cook and Tony Bancroft. Voices include Ming-Na Wen (Mulan speaking), Lea Salonga (Mulan singing), B. D. Wong (Shang speaking), Donny Osmond (Shang singing), Eddie Murphy (Mushu), Miguel Ferrer (Shan-Yu), Harvey Fierstein (Yao), Gedde Watanabe (Ling), Jerry Tondo (Chien-Po), June Foray (Grandmother Fa). 88 min. Five new songs by Matthew Wilder and David Zippel—“Honor to Us All,” “Reflection,” “I’ll Make a Man Out of You,” “A Girl Worth Fighting For,” and “True to Your Heart.” Jerry Goldsmith provided the underscore. Mulan was the first feature to be primarily produced at the Disney Feature Animation studio at Walt Disney World in Florida. In order to prepare the filmmakers for the task, a select group of the film’s artistic supervisors made a 3-week trip to China to sketch and photograph the intriguing sites, and soak up the culture. Then, under the direction of production designer Hans Bacher, they found a unique look for the film, inspired by the simple graphic style of traditional Chinese art.