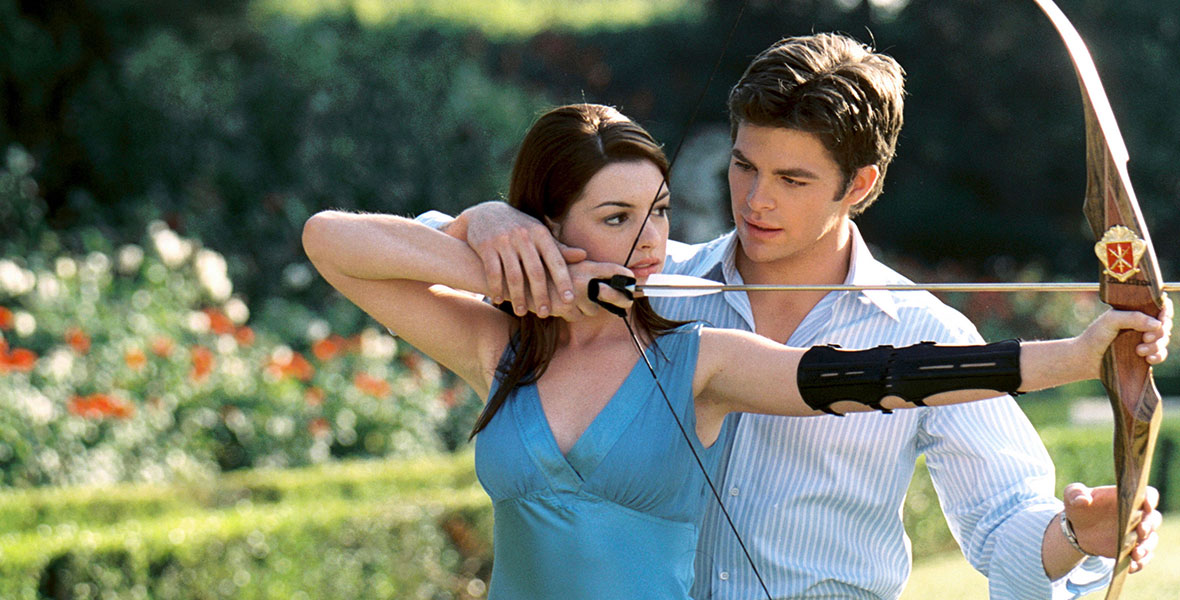 Princess Diaries 2: Royal Engagement, The (film) Mia is ready to assume her role as princess of Genovia, but no sooner has she moved into the royal palace with her beautiful, wise grandmother, Queen Clarisse, than she learns her days as a princess are numbered—Mia has to take the crown herself. And, according to Genovian law, princesses must be married before being crowned, so Mia faces a parade of suitors who would all like to be her king. Released on August 11, 2004. Directed by Garry Marshall. Stars Anne Hathaway (Mia Thermopolis), Julie Andrews (Queen Clarisse), Hector Elizondo (Joseph), Heather Matarazzo (Lilly), John Rhys-Davies (Viscount Mabrey), Chris Pine (Nicholas Devereaux), Callum Blue (Andrew Jacoby), Kathleen Marshall (Charlotte Kutaway), Tom Poston (Lord Palimore), Asana (Raven). 113 min. According to Garry Marshall, the mythical Genovia “is probably somewhere between Spain and Italy.” The film was shot in Southern California; the enormous palace set was built at the Disney Golden Oak Ranch.