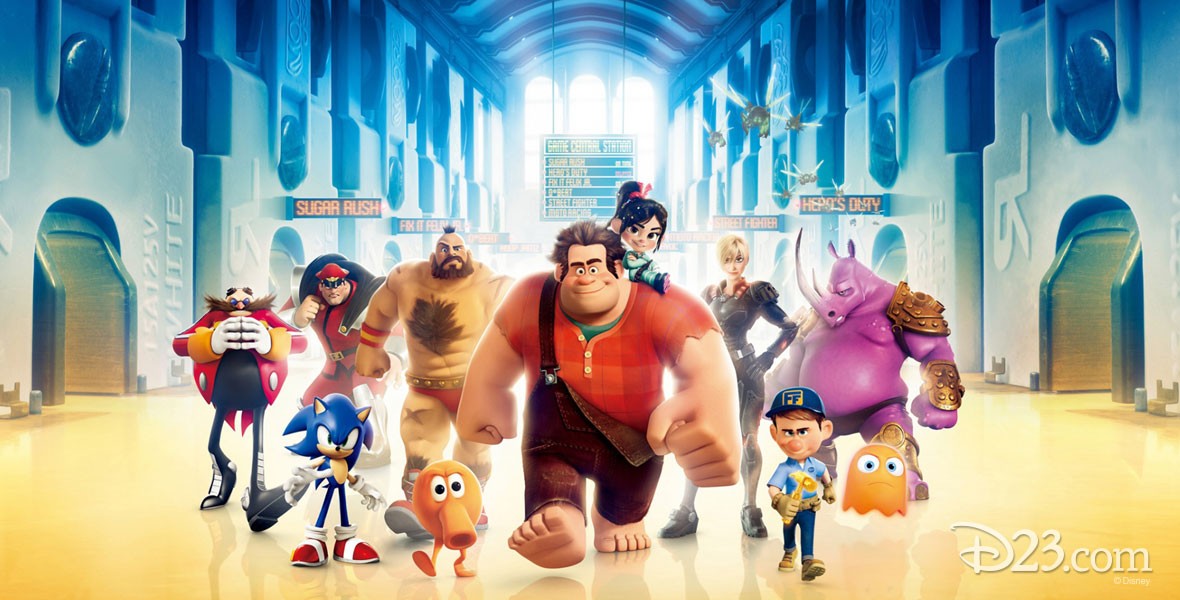 Wreck-It Ralph (film)  Animated feature released on November 2, 2012, in Disney Digital 3D. Wreck-It Ralph longs to be as beloved as his arcade game’s perfect Good Guy, Fix-It Felix. The problem is that nobody loves a Bad Guy. But they do love heroes, so when a modern, first-person shooter game arrives featuring tough-as-nails Sgt. Calhoun, Ralph sees it as his ticket to heroism and happiness. He sneaks into the game with a simple plan to win a medal, but soon wrecks everything, and accidentally unleashes a deadly enemy that threatens every game in the arcade. Ralph’s only hope is Vanellope von Schweetz, a young troublemaking “glitch” from a candy-coated cart racing game who might just be the one to teach Ralph what it means to be a Good Guy. But, will he realize he is good enough to become a hero before it’s “Game Over” for the entire arcade? Directed by Rich Moore. Voices include John C. Reilly (Ralph), Jack McBrayer (Fix-It Felix), Jane Lynch (Sgt. Calhoun), Sarah Silverman (Vanellope), Alan Tudyk (King Candy), Ed O’Neill (Mr. Litwak), Dennis Haysbert (General Hologram). 101 min. Working title was Reboot Ralph. Filmed in CinemaScope. This was the first Disney film released (February 12, 2014) on digital platforms (including iTunes, Google Play, and YouTube) before its DVD release on March 5, 2014.