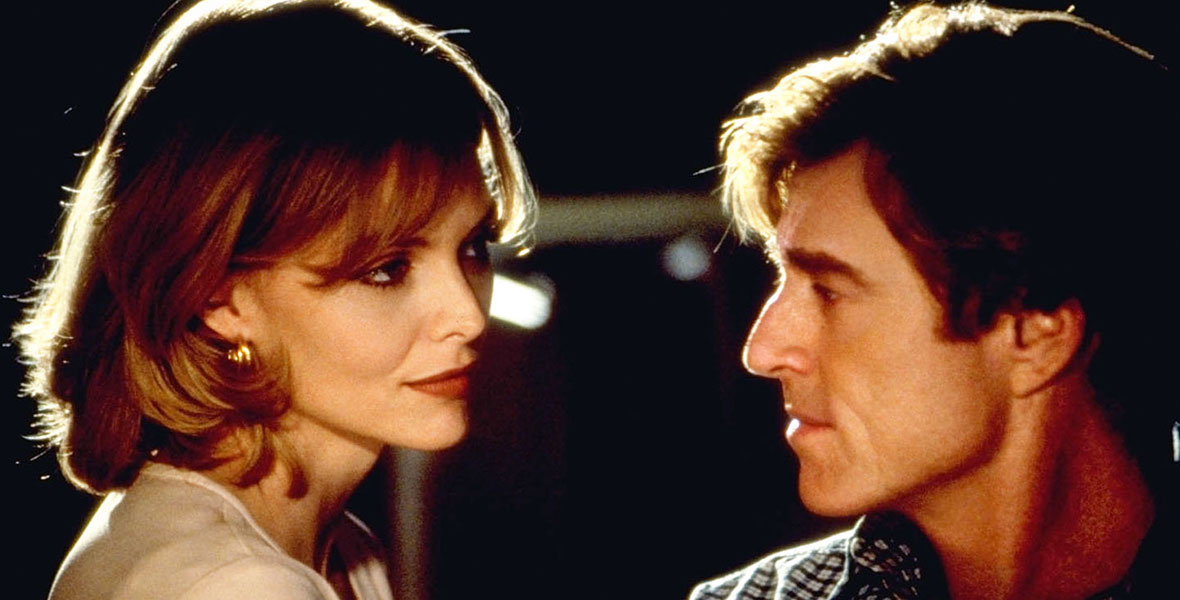 Up Close & Personal (film)  Tally Atwater is determined to capture the coveted news anchor position, a spot many assured her she would never achieve.  Blazing a trail from small-town weathergirl to prime-time anchor, she has a meteoric rise to fame that causes her to collide with Warren Justice, a brilliant older newsman who becomes her mentor and lover.  As their relationship grows, so, too, does Tally’s celebrity, to the point where her popularity begins to eclipse Warren’s.  A Touchstone Picture in association with Cinergi Pictures Entertainment.  Directed by Jon Avnet.  Released on March 1, 1996.  Stars Robert Redford (Warren Justice), Michelle Pfeiffer (Tally Atwater), Stockard Channing (Marcia McGrath), Joe Mantegna (Bucky Terranova), Kate Nelligan (Joanna Kennelly), Glenn Plummer (Ned), James Rebhorn (John Merino).  124 min.  Suggested by the book, Golden Girl: The Story of Jessica Savitch, by Alanna Nash.  The movie filmed in such disparate settings as the Orange Bowl, Holmesburg Prison in Philadelphia, and Hollywood soundstages.  Released on video in 1996.

Up a Tree (film) Up, Up and Away (television)