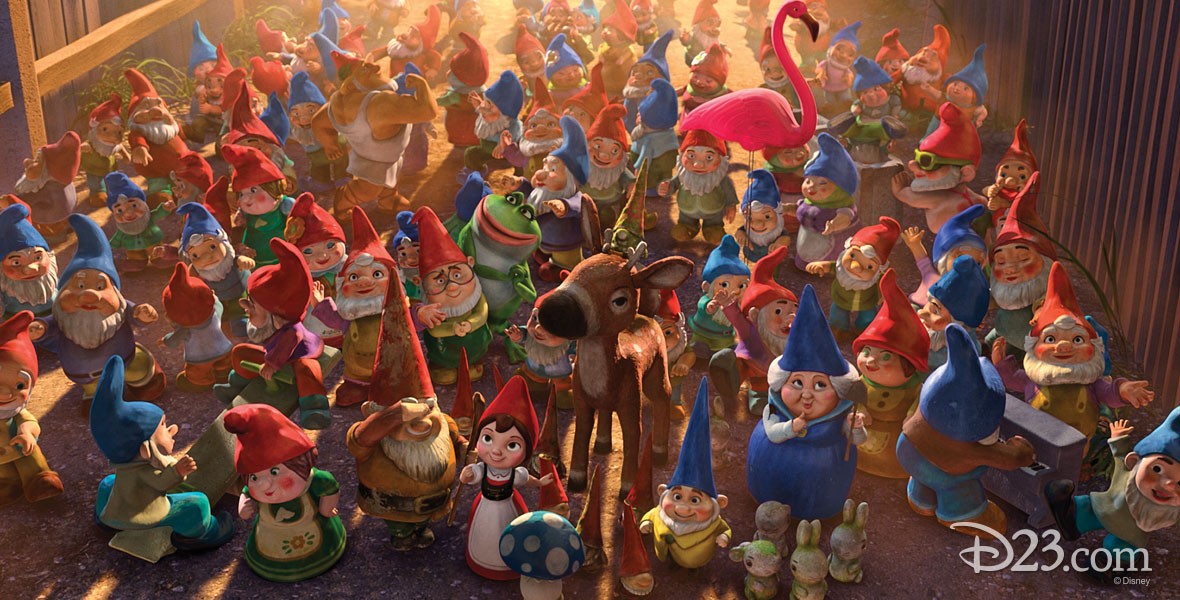 Gnomeo & Juliet (film) Two neighbors try to outdo each other with backyards decorated with an array of tacky garden gnomes. What they do not know is that the gnomes come to life when they aren’t being seen by humans. The gnomes in one yard, the Reds, are sworn enemies of the gnomes in the other yard, the Blues, with each group constantly trying to outdo the other. When a red gnome, Juliet, falls in love with a blue gnome, Gnomeo, they are caught up in the feud between neighbors which soon becomes a war. Released on February 11, 2011, as a Touchstone Film. Directed by Kelly Asbury. Voices include Emily Blunt (Juliet), James McAvoy (Gnomeo), Jason Statham (Tybalt), Michael Caine (Lord Redbrick), Maggie Smith (Lady Bluebury), Patrick Stewart (William Shakespeare), Julie Walters (Lady Montague). 84 min. The CG animated film had originally been pitched to Walt Disney Feature Animation by Rocket Pictures in 2000, but was taken over by Miramax in 2006. With the sale of Miramax in 2010, distribution rights were retained by Disney. Elton John served as executive producer, and the film utilized many of his songs.