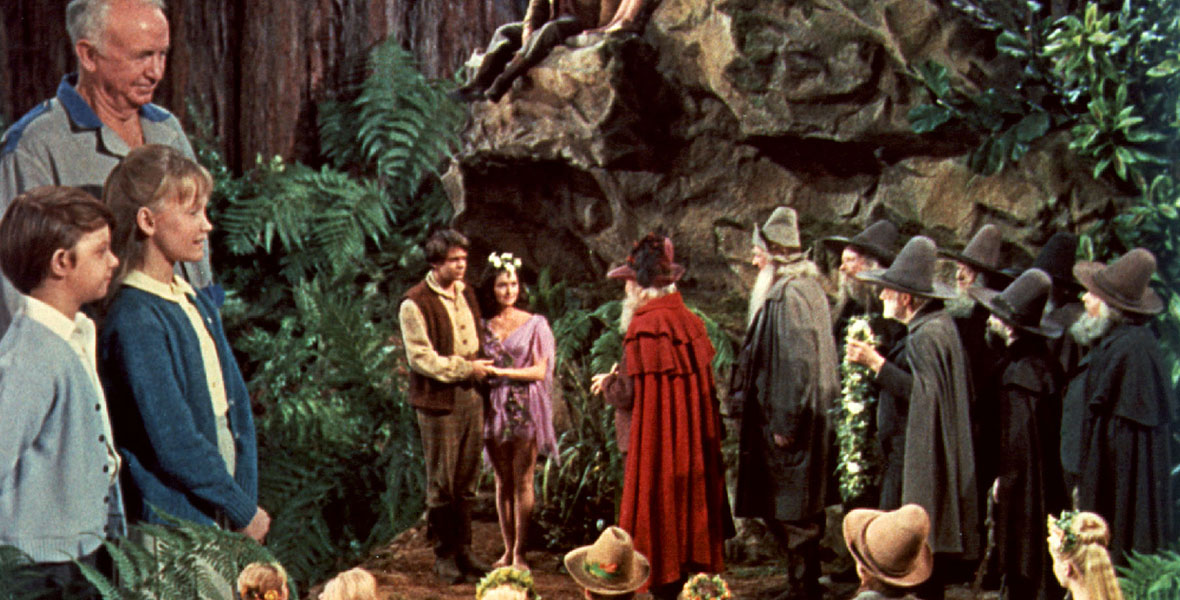 Gnome-Mobile, The (film) In the redwood forests of California, a multimillionaire lumberman and his two young grandchildren encounter two gnomes, old Knobby and young Jasper. Supposedly, they’re the last of their kind, but everyone sets off on a trip in a Gnome-Mobile (an old Rolls Royce) to find the rest of the gnomes. After a series of adventures and mishaps, they do, and the lumberman deeds the forest to the gnomes for eternity. Released on July 12, 1967. Directed by Robert Stevenson. 85 min. Stars Walter Brennan (Knobby/D.J. Mulrooney), Matthew Garber (Rodney) and Karen Dotrice (Elizabeth) (both advertised as “the Mary Poppins kids” in the credits), Richard Deacon (Ralph Yarby), Tom Lowell (Jasper), Sean McClory (Horatio Quaxton), Ed Wynn (Rufus), Jerome Cowan (Dr. Ramsey). Based on a book by Upton Sinclair, who was inspired to write the story while on his first car trip visiting the redwood forests along the Pacific Coast. The title song was written by Richard M. Sherman and Robert B. Sherman. Walter Brennan was used to dual advantage as crochety old Knobby and as the wealthy grandfather, D. J. Mulrooney. The wondrous special effects were accomplished by Eustace Lycett and Robert A. Mattey. Released on video in 1985.