We’ll admit it…. We’re pretty excited for 2023. Not only does it contain our FAVORITE number, but it also kicks off the celebration of 100 years of The Walt Disney Company! We have so much to look forward to from around the worlds of Disney this year that it might seem impossible to fit it all in one article—but we tried anyway!

On October 16, 1923, Walt Disney and Roy O. Disney founded the Disney Brothers Cartoon Studio and changed the world forever. One hundred years later, we’re still carrying on the legacy of Walt’s dream—and creating new things beyond the bounds of what was possible a century ago. Of course, Disney can’t let this milestone pass quietly—we’re celebrating all year long with special events, exclusive merchandise, and highly anticipated entertainment. Disney100 will be the largest cross-company global celebration in the 100-year history of The Walt Disney Company.

You can read more about Disney100: The Exhibition here, and buy tickets here... and be sure to stay tuned throughout 2023 as more ways to celebrate Disney100 are announced!

There’s always a great, big beautiful tomorrow at Disney Parks, and 2023 is promising a positively platinum future! To ring in 100 years of The Walt Disney Company, Disney Parks across the globe are kicking off a spectacular celebration of Disney’s legacy—and it all begins on January 27 at Disneyland Resort, where you can look forward to Wondrous Journeys, an all-new fireworks spectacular at Disneyland Park, and World of Color – One at Disney California Adventure Park. Plus, the whole resort is going platinum with new decorations, merchandise, food, and even new costumes for Mickey Mouse and his friends! 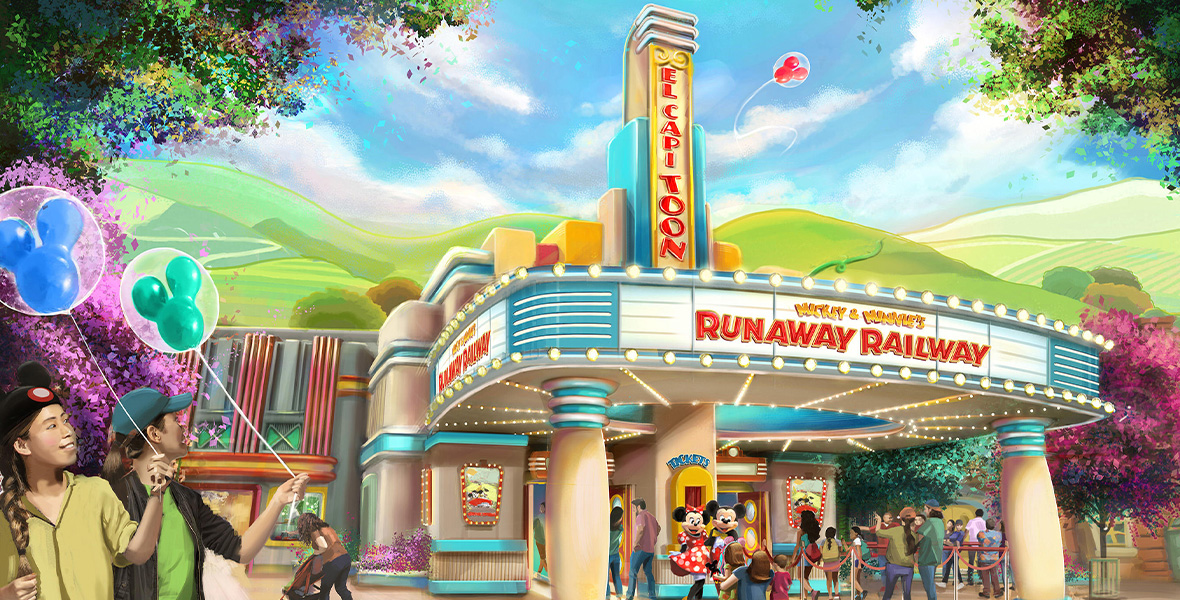 As part of this 100th anniversary celebration at Disneyland, guests can look forward to the opening of Mickey & Minnie’s Runaway Railway on January 27 and the long-awaited return of the Magic Happens parade beginning February 24. Mickey & Minnie’s Runaway Railway first opened at Walt Disney World in 2020 and arrives at Disneyland Park to kick off not just the Disney100 celebration, but to usher in the reopening of Mickey’s Toontown on March 8! Guests of D23 Expo were able to get a sneak peek at what’s in store for the reimagined land, including Goofy’s How-To-Play Yard and CenTOONial Park. 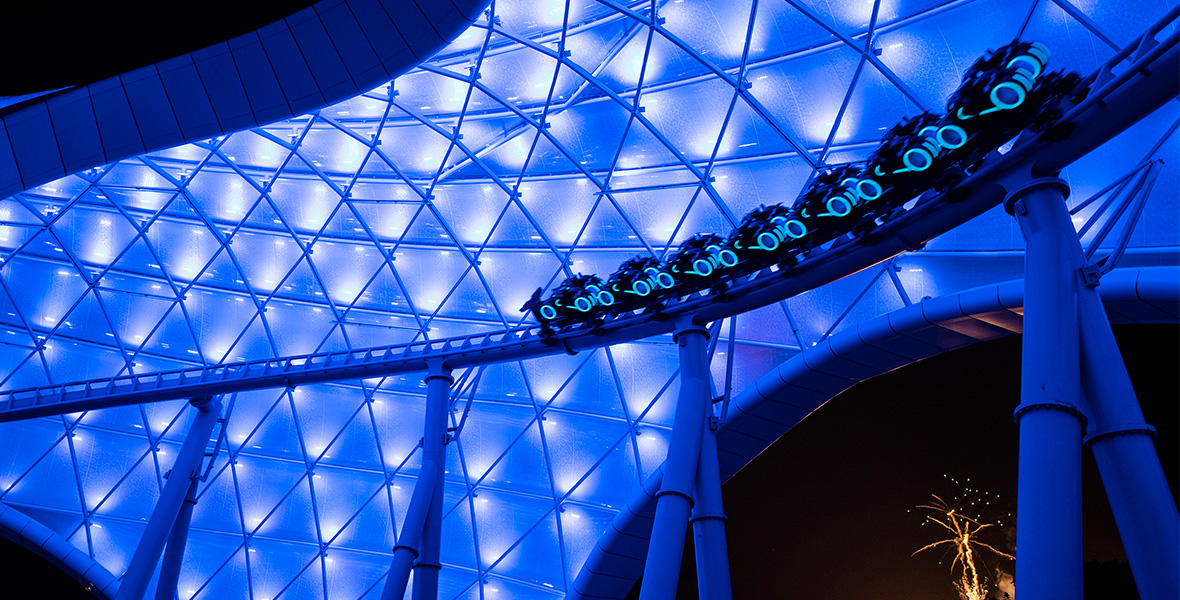 Over on the East Coast, Walt Disney World Resort is taking guests into the Grid with the opening of TRON Lightcycle / Run, an attraction that lets you climb aboard your own Lightcycle and race against the Grid’s speediest Programs. The highly anticipated coaster has been a fan-favorite at Shanghai Disneyland and will open at Magic Kingdom Park in the spring. Something a little more ghoulishly delightful is materializing over in Magic Kingdom’s Liberty Square; as announced at D23 Expo 2022, the fan-favorite and extremely beloved Hatbox Ghost will make his home at Magic Kingdom’s Haunted Mansion next year. And as if that wasn’t enough, one more fan-favorite is returning to Magic Kingdom—the Happily Ever After fireworks will once again light up the sky with an updated version of the show in 2023.

As EPCOT’s multi-year transformation continues, guests will start to see some new enhancements open in late 2023. The World Celebration neighborhood and Journey of Water, Inspired by Moana will offer guests new and exciting experiences, while Figment will return to appear live and spark guests’ imaginations.

Our friends overseas are also hard at work creating new magic for Disney fans to enjoy, including World of Frozen at Hong Kong Disneyland. Opening in the second half of 2023, this Frozen-inspired land is the first of three to debut at international Disney parks. Over at Disneyland Paris, the park’s 30th anniversary will come to a grand finale with a new stage show, “Pixar: We Belong Together,” debuting late 2023 at Walt Disney Studios Park.

No matter if you live in California or Hong Kong or somewhere in between, there’s one new Disney Parks experience we’ll all be able to enjoy next year: A series of adorable shorts on Disney+ starring Duffy and friends! The six-episode, stop-motion animated series features all of Duffy’s friends, including the inquisitive new fox LinaBell. During the “World of Duffy & Friends” panel at D23 Expo 2022, guests got a sneak peek at some of the shorts—and they were riveted, “aww”-ing and “oh no”-ing as the adventures unfolded. Soon, you too can be captivated by the charming antics of Duffy and his cuddly crew! 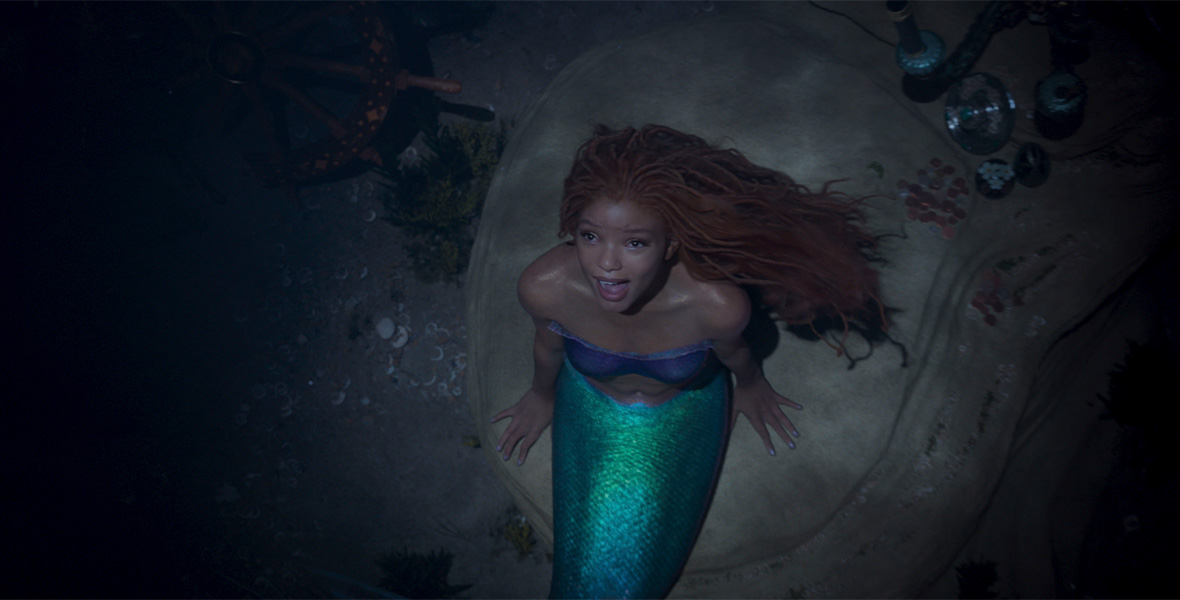 Swimming onto the big screen in 2023 is the highly anticipated live-action adaptation of The Little Mermaid, starring Halle Bailey as Ariel, the spirited young mermaid with a thirst for adventure. Directed by Rob Marshall, the film also stars Daveed Diggs as the voice of Sebastian, Jacob Tremblay as the voice of Flounder, Awkwafina as the voice of Scuttle, Jonah Hauer-King as Prince Eric, Art Malik as Sir Grimsby, and Noma Dumezweni as Queen Selina, along with Javier Bardem as King Triton and Melissa McCarthy as Ursula.

In the reimagining of the Oscar®-winning animated classic, Ariel—the youngest of King Triton’s daughters, and the most defiant—longs to learn more about the world beyond the sea, and while visiting the surface, she falls for the dashing Prince Eric. While mermaids are forbidden to interact with humans, Ariel must follow her heart. She makes a deal with the evil sea witch, Ursula, which gives her a chance to experience life on land, but ultimately places her life—and her father’s crown—in jeopardy. The Little Mermaid opens exclusively in theaters on May 26. 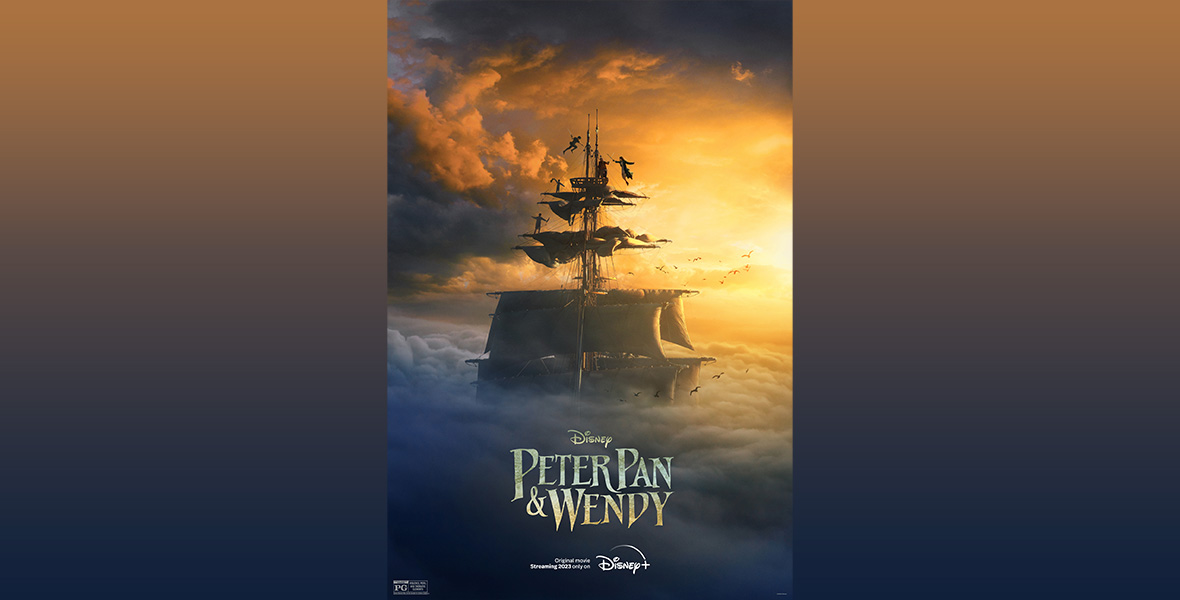 The new film dives deeper into Wendy’s story as she joins the boy who refuses to grow up on a magical journey to Neverland and reveals the history behind Peter Pan’s rivalry with one of Disney’s infamous villains.

On August 11, embark on a ghostly adventure with Walt Disney Studios’ Haunted Mansion. Inspired by the classic Disney Parks attraction, the film follows a woman and her son who enlist a motley crew of so-called spiritual experts to help rid their home of supernatural squatters. Directed by Justin Simien, who used to work at Disneyland Park, the film’s star-studded cast includes Rosario Dawson, LaKeith Stanfield, Danny DeVito, and Jamie Lee Curtis, to name a few. 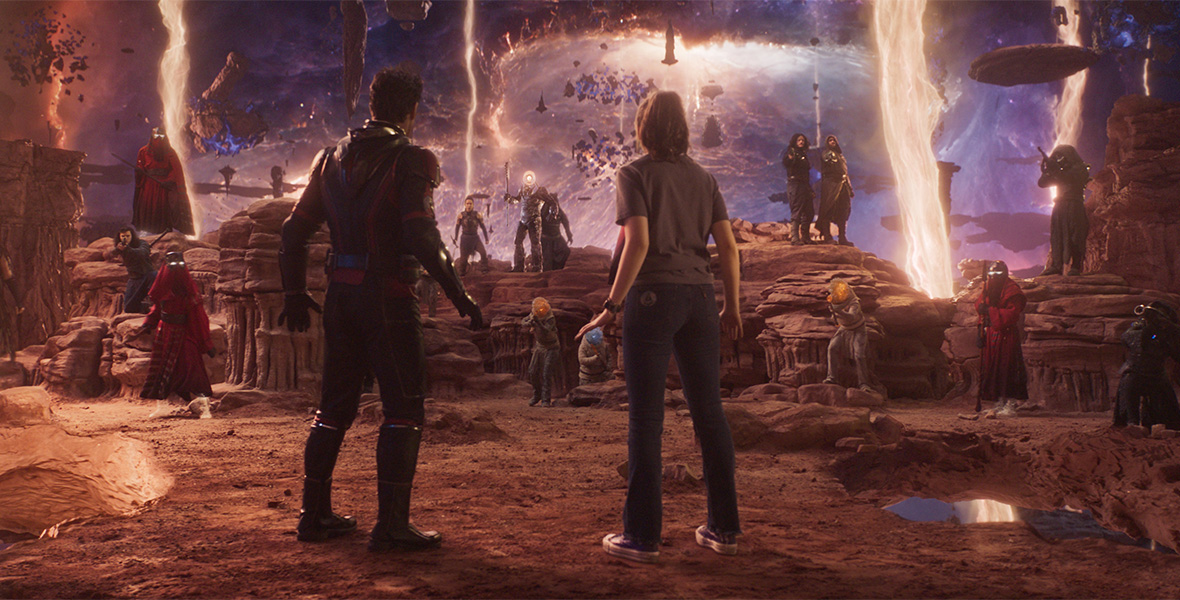 Marvel Studios has three films lined up for 2023, starting with Ant-Man and the Wasp: Quantumania on February 17, which kicks off Phase 5 of the Marvel Cinematic Universe. Directed by Peyton Reed, the cast includes Paul Rudd, Evangeline Lilly, Michael Douglas, Michelle Pfeiffer, Kathryn Newton, and Jonathan Majors. 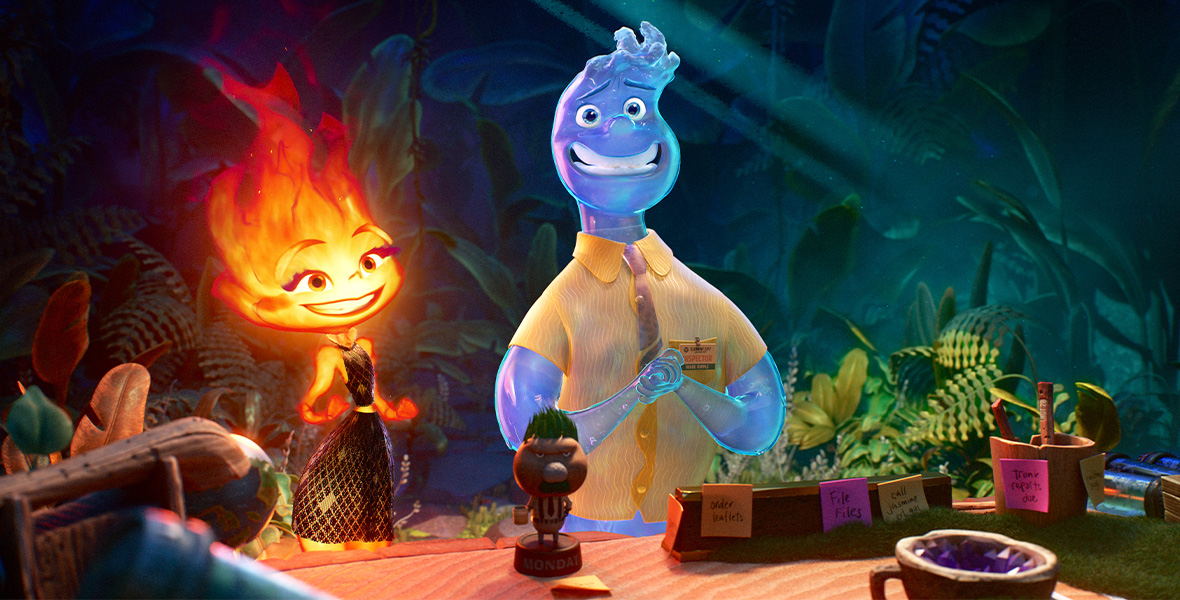 On June 16, Disney and Pixar Animation Studios will release Elemental, introducing audiences to Element City, where fire-, water-, land- and air-residents live together. The story, directed by Peter Sohn, introduces Ember (voiced by Leah Lewis), a tough, quick-witted, and fiery young woman, whose friendship with a fun, sappy, go-with-the-flow guy named Wade (voiced by Mamoudou Athie) challenges her beliefs about the world they live in. 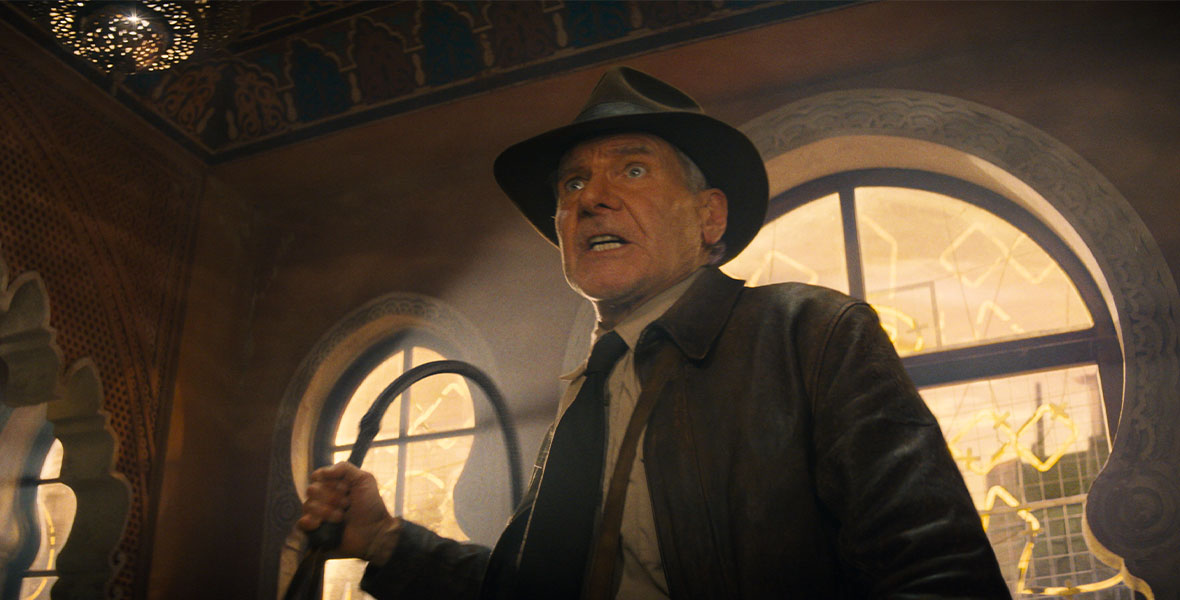 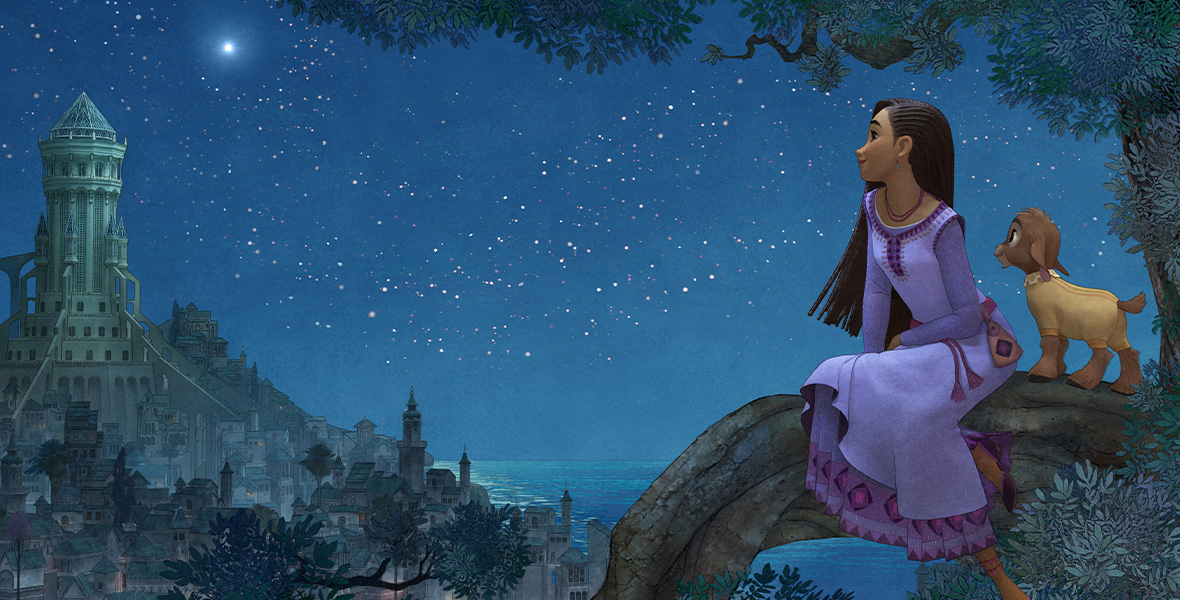 Walt Disney Animation Studios’ upcoming animated feature film Wish premieres November 22, exclusively in theaters. The epic animated musical, directed by Chris Buck and Fawn Veerasunthorn, is inspired by the studios’ legacy of films. The film is set in Rosas, the kingdom of wishes where wishes can literally come true. Asha (voiced by Ariana DeBose) is a 17-year-old optimist with a sharp wit who cares endlessly about her community. In a moment of desperation, Asha makes an impassioned plea to the stars, which is answered by a cosmic force, a little ball of boundless energy called Star. Together, they face the most formidable of foes to save her community and prove that when the will of one courageous human connects with the magic of the stars, wondrous things can happen.

There’s so much incredible content to look forward to in the new year—where do we start?! Well, as committed Whovians, we’re especially excited for Doctor Who’s debut on Disney+ in late 2023. But before we go galivanting through time and space on the TARDIS, there’s so much else in store on the streaming service, such as Season 4 of High School Musical: The Musical: The Series, featuring a host of original trilogy stars; several sure-to-be-thrilling new series from Marvel Studios, including Secret Invasion, Echo, and Ironheart; a deeper look into a fan-favorite Star Wars character with the new Lucasfilm series Ahsoka; and—coming up soon!—the return of both The Proud Family: Louder and Prouder (February 1) and Lucasfilm’s The Mandalorian (March 1). 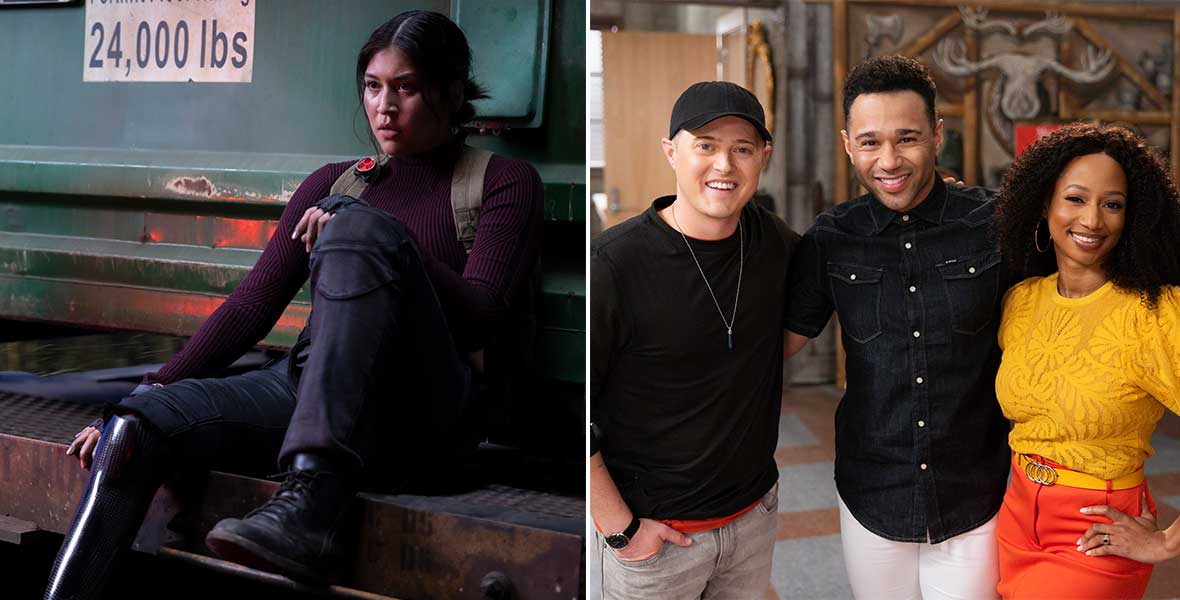 Over on Hulu, Only Murders in the Building will return for a third season of hilarity, and How I Met Your Father will continue exploring the meet-cute of the show’s titular narrator.  On Freeform, the second half of grown-ish’s fifth season kicks off on January 18 as Junior continues in big sister Zoey’s footsteps, and the new series The Watchful Eye (debuting January 30) follows a young woman as she’s thrust into a world of old money and deadly secrets.

ABC welcome back A Million Little Things for its farewell season on February 8 (you can stream previous seasons on Hulu)... and there are several new series to look forward to—including Not Dead Yet (also premiering February 8), starring Gina Rodriguez as a broke and newly single self-described “disaster” who lands the only job she can find: writing obituaries. 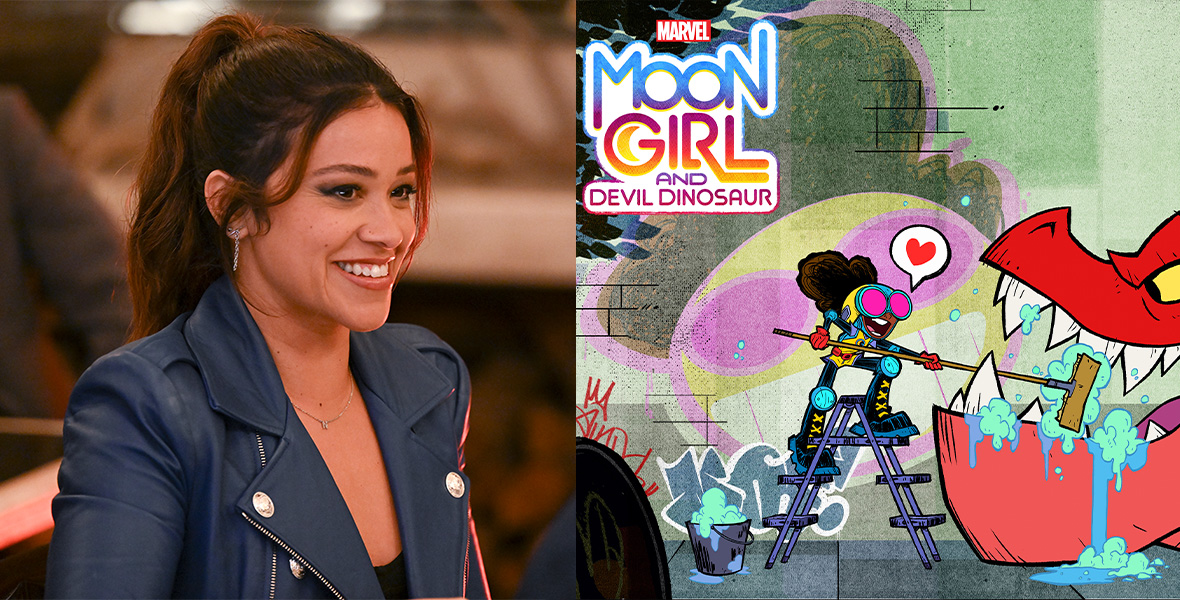 On Disney Channel, the highly anticipated animated series Marvel’s Moon Girl and Devil Dinosaur chronicles the adventures of 13-year-old super-genius Lunella Lafayette and her 10-ton T-Rex; look for it to debut on February 10. And Season 2 of Magic of Disney’s Animal Kingdom—debuting January 1 on Nat Geo, and then streaming on Disney+ January 4—will take another gander at the amazing animal care and conservation efforts across Walt Disney World Resort.

There’s truly something for everyone in 2023—so mark those calendars, and keep those eyes peeled...