Tickets are now on sale for the world premiere of Disney100: The Exhibition, debuting at The Franklin Institute in Philadelphia on February 18, 2023. Created for the 100-year celebration of The Walt Disney Company, the exhibition invites guests to step into their favorite stories using innovative and immersive technology throughout 10 galleries in the 15,000-square-foot exhibit.

The Walt Disney Archives is opening its vault of treasures, showcasing more than 250 of its “Crown Jewels,” rarely seen original artworks and artifacts, costumes and props, and other memorabilia—five of which were unveiled today, including:

Daytime tickets, which include admission to The Franklin Institute, valid 9:30 a.m.–5 p.m. daily, are $45 for adults, $43 for seniors and military, and $41 for children ages 3–11. Evening tickets, which include admission only to Disney100: The Exhibition, valid from 5 p.m. until closing, Thursday–Saturday, are $25 for all guests. Tickets are timed and dated, and advance ticket purchase is strongly recommended. For information on purchasing tickets, please visit www.fi.edu.

It was also announced today that composer Steve Mazzaro—whose work can be heard on the soundtracks of such Disney-produced films as The Lion King (2019), Pirates of the Caribbean: Dead Men Tell No Tales(2017), and The Lone Ranger (2013)—has composed an original soundtrack for the exhibit blending themes of such beloved classics as “When You Wish Upon a Star” from Pinocchio (1940) and “Let it Go” from Frozen (2013) with a new theme crafted exclusively for the exhibition.

Also exclusive to this exhibition, Disney has curated special behind-the-scenes glimpses into the creation of the company’s most popular characters, films, shows, and attractions—from Disneyland to Walt Disney World and beyond. The 10 magnificent and imaginatively themed galleries, all featuring moving stories, unique interactive installations, and exciting background information, will take guests on a journey through 100 years of The Walt Disney Company, celebrating the classics from Snow White and the Seven Dwarfs to Strange World, as well as the latest members of the Disney family—Pixar, Star Wars, Marvel, and National Geographic. 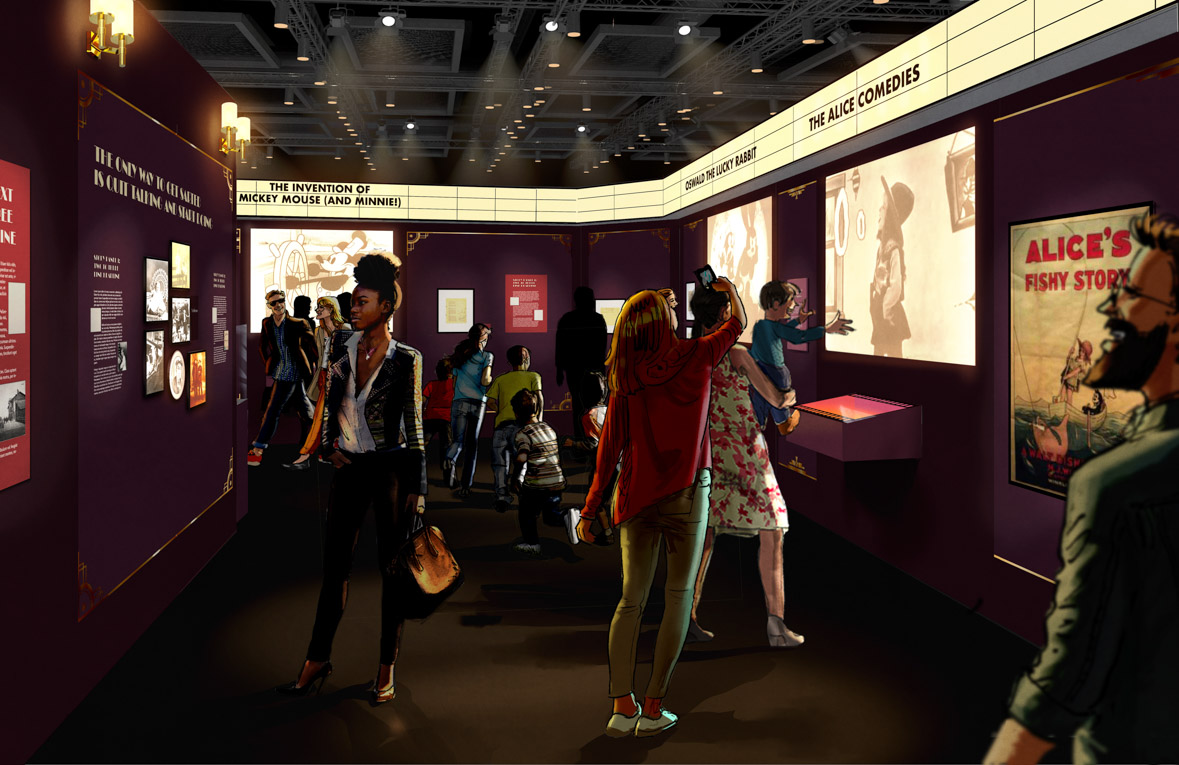 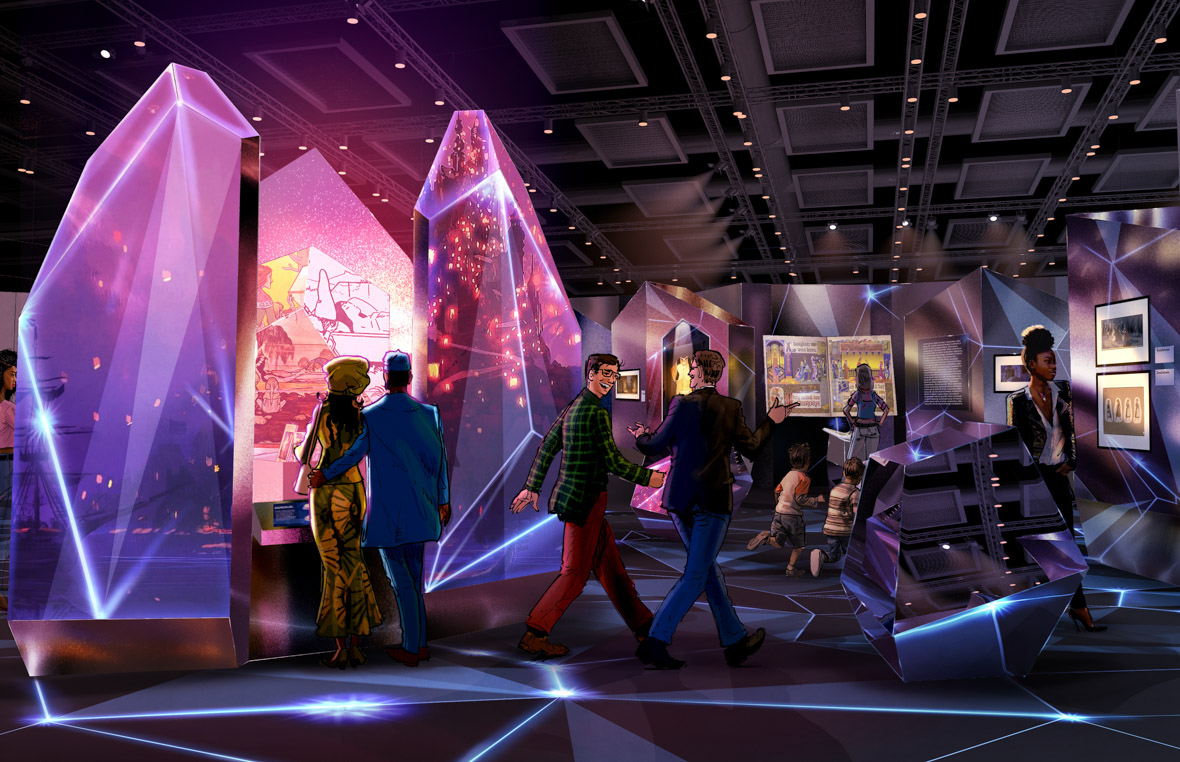 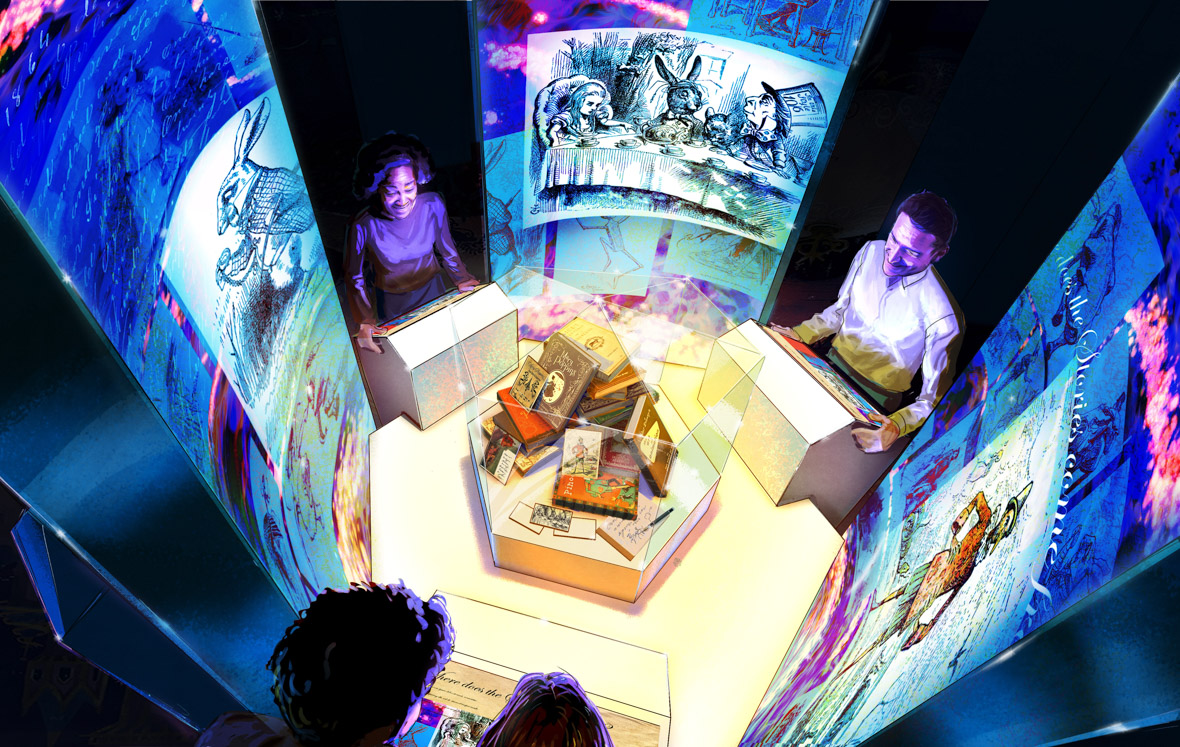 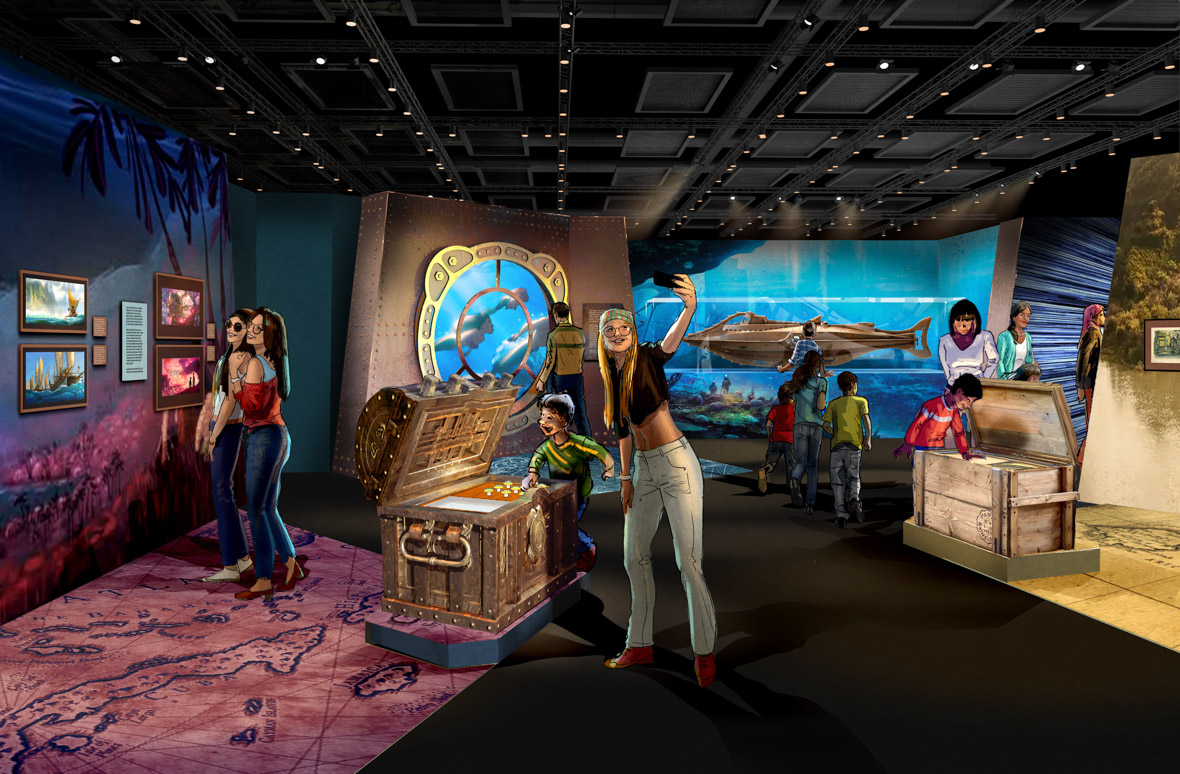 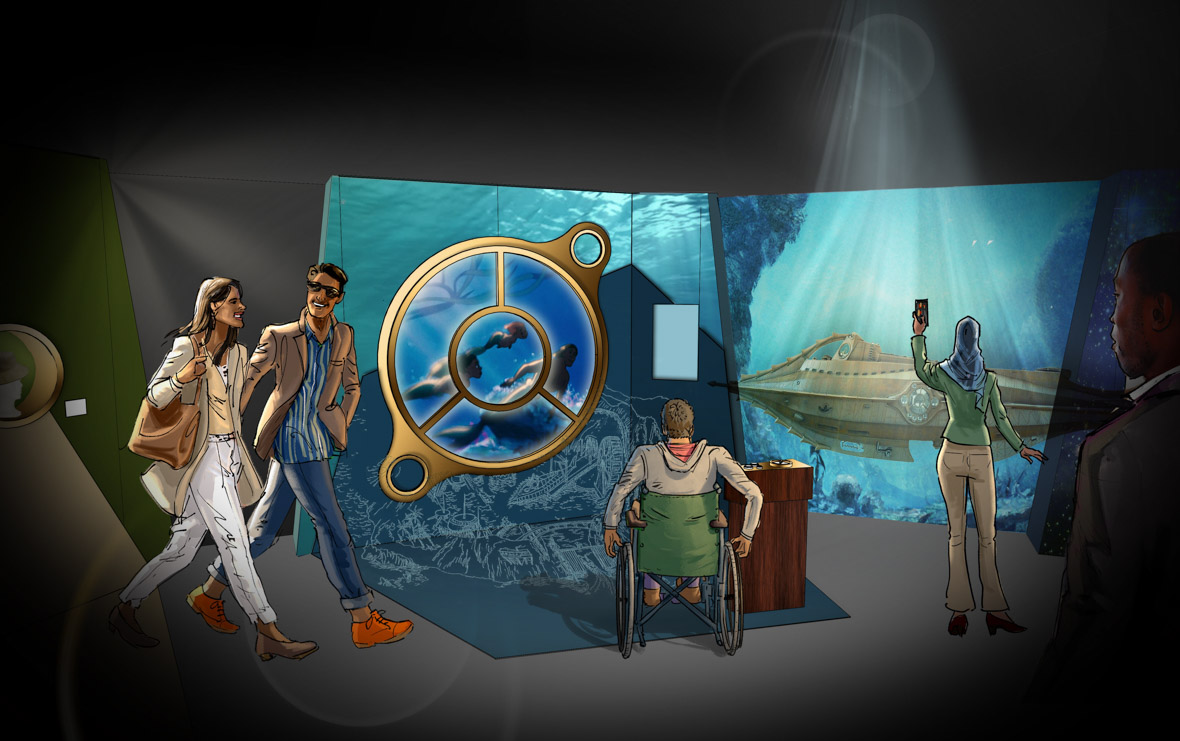 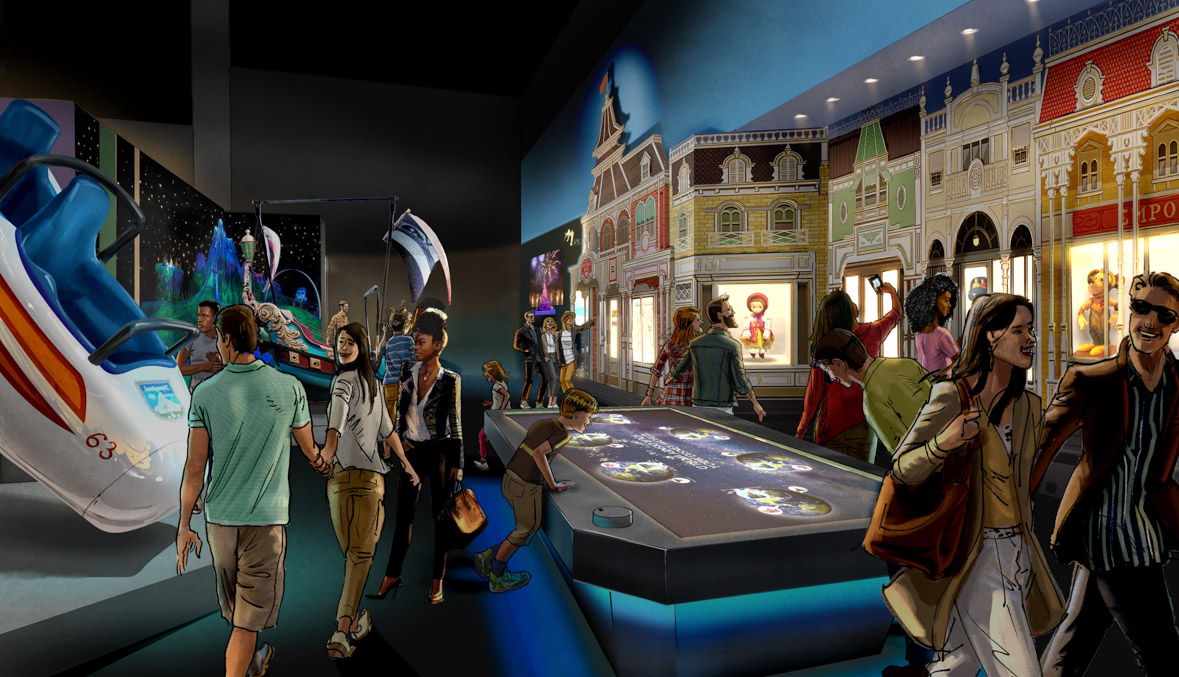 “In 1923, Walt Disney set our company on a path that would revolutionize the entertainment industry, creating unforgettable stories, beloved characters, and unparalleled experiences that generations of fans around the world have enjoyed,” said Becky Cline, director of the Walt Disney Archives. “This incredible exhibit will take guests on a remarkable journey from those earliest days into Disney’s dazzling future using seamless technology, a rich musical score, and—of course—treasures from the Walt Disney Archives collection.”

“The Franklin Institute has spent almost 200 years bringing stories of innovation and discovery to the public in an immersive and interactive way, so Disney100: The Exhibition is a perfect fit for us and our audience,” said Larry Dubinski, President and CEO of The Franklin Institute. “We are proud to host the world premiere at The Franklin Institute so fans across Philadelphia and beyond can have the first opportunity to see these crown jewels come to life in beautifully crafted galleries reflecting Disney’s imaginative storytelling, innovation, discovery, and wonder.”

Disney100: The Exhibition is created and curated by the Walt Disney Archives and Semmel Exhibitions. The Franklin Institute is proud to present and play host to the world premiere of Disney100: The Exhibition in the Nicholas and Athena Karabots Pavilion and the Mandell Center. PECO, the Premier Corporate Partner of the Franklin Institute, is the Local Presenting Sponsor of the exhibition, and PNC is the Associate Sponsor. 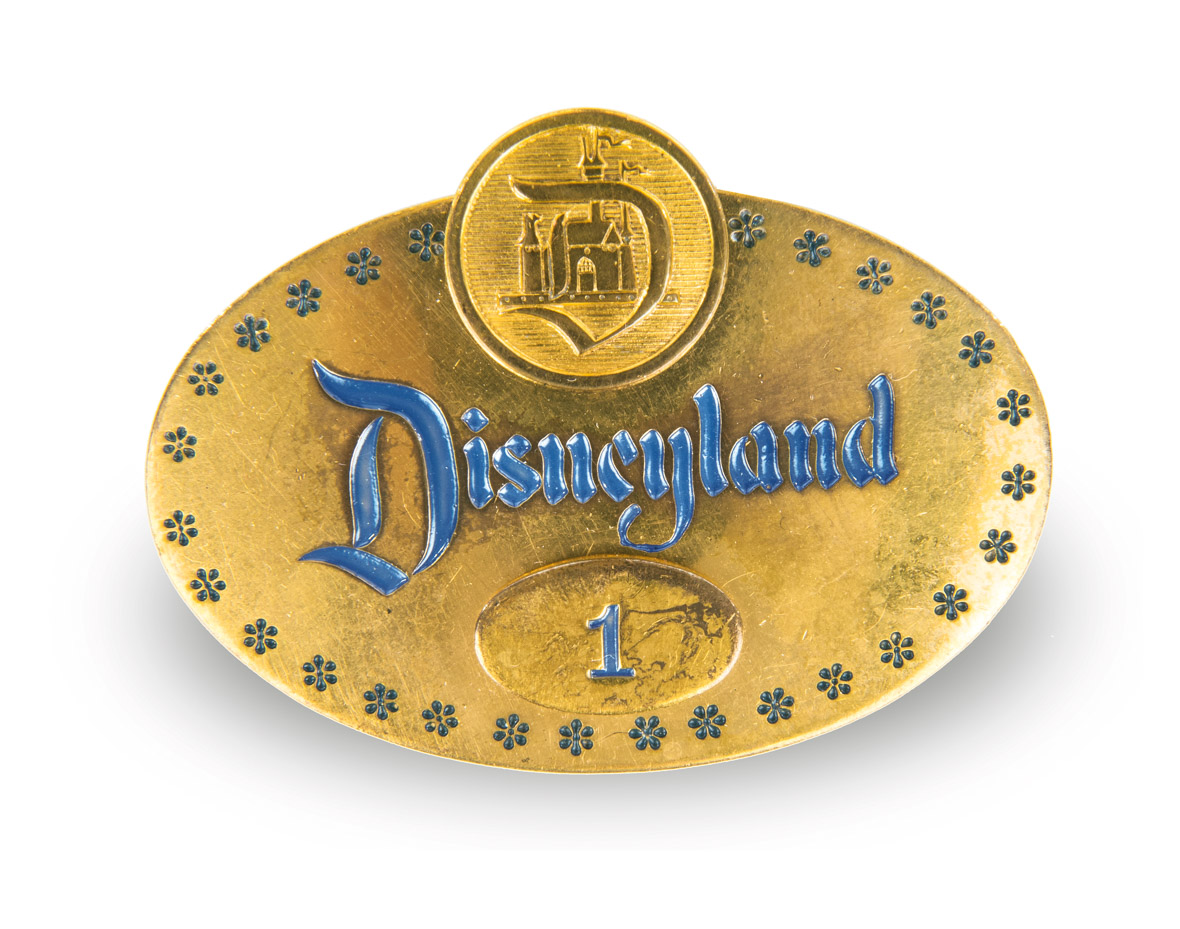 The following historical Disney artifacts are to be featured in World Premiere of Disney100: The Exhibition at The Franklin Institute: 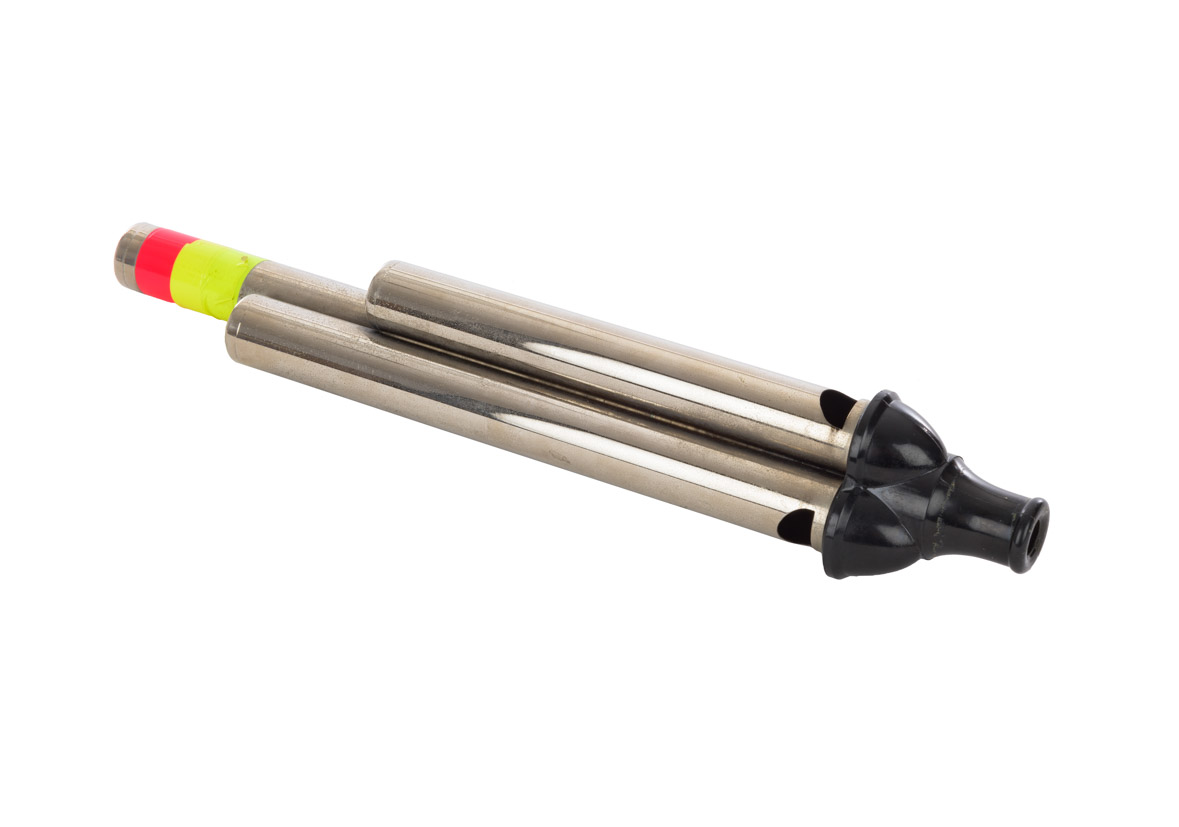 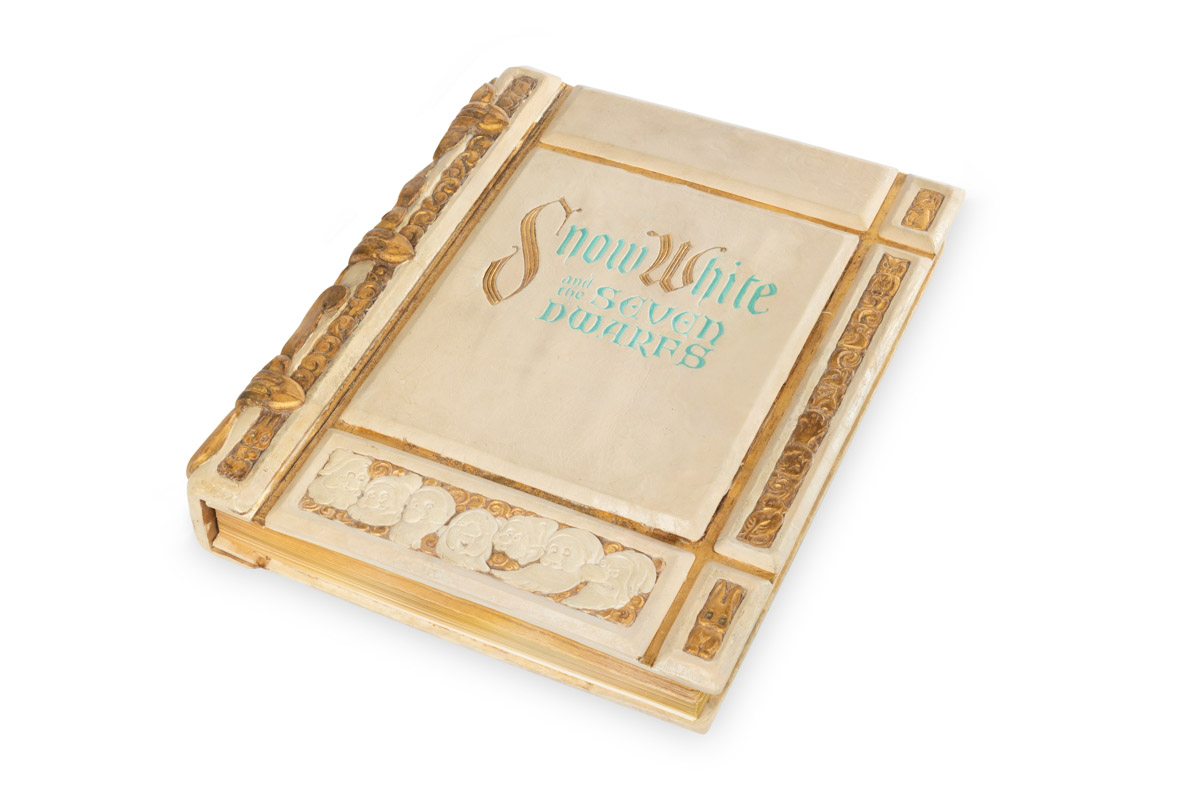 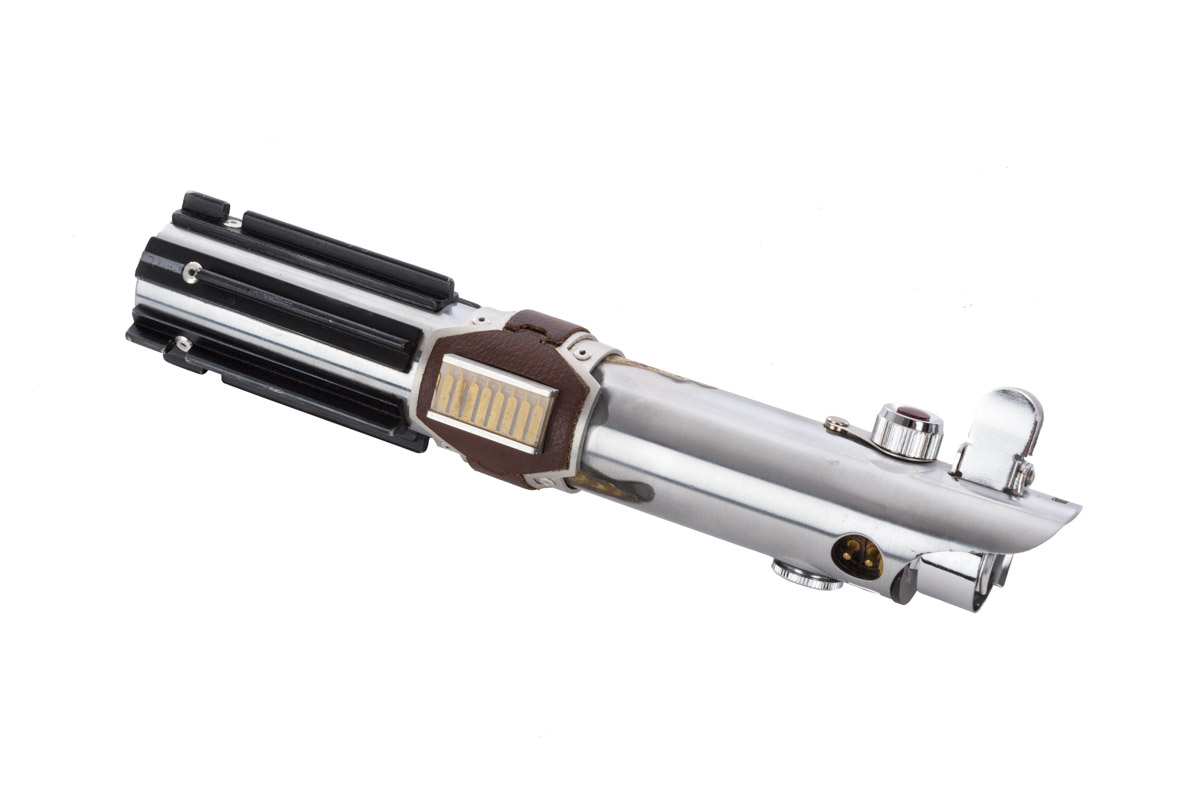 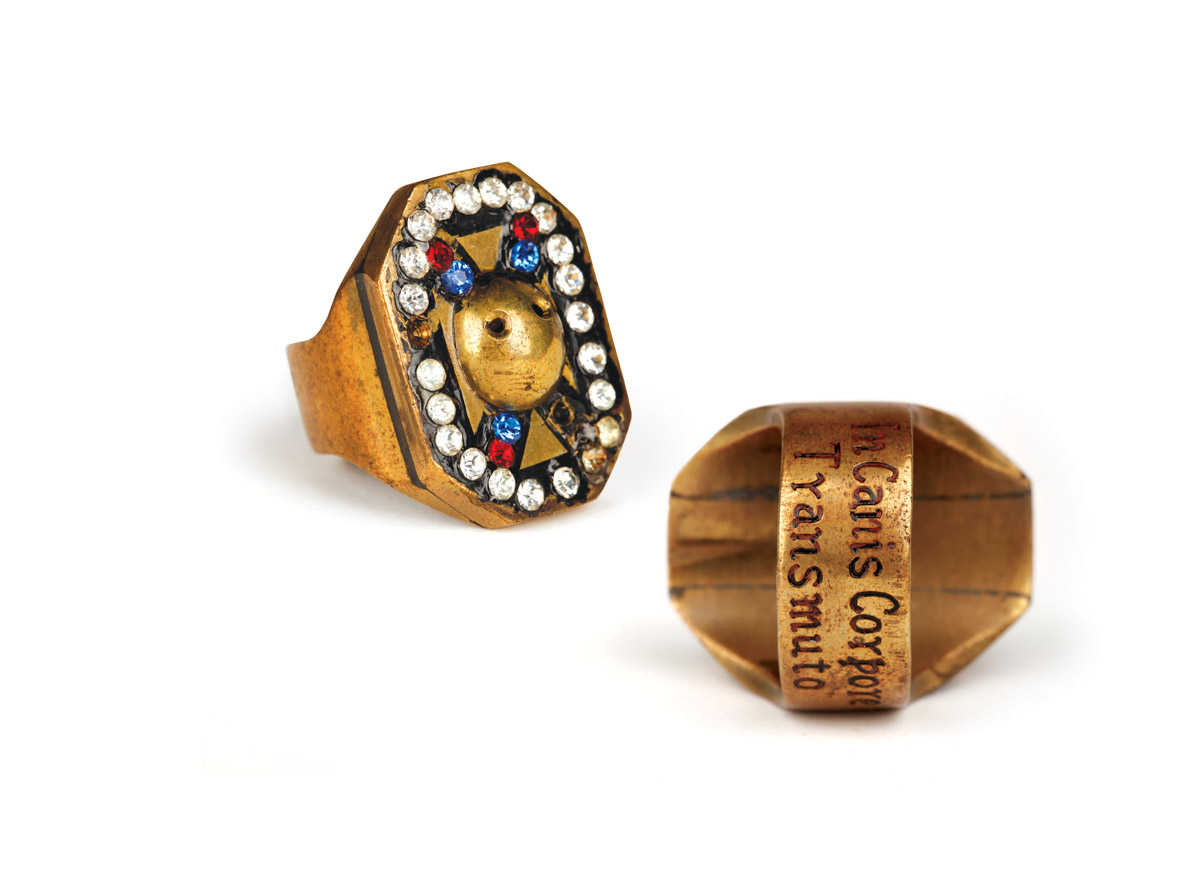 About The Franklin Institute

Located in the heart of Philadelphia, The Franklin Institute is a renowned and innovative leader in science and technology learning and a dynamic center of activity. As Pennsylvania’s most visited museum, it is dedicated to creating a passion for learning about science by offering access to hands-on science education. For more information, visit www.fi.edu.

About the Walt Disney Archives

For more than 50 years, the Walt Disney Archives has carefully safeguarded the most treasured items from The Walt Disney Company’s history, including original scripts, movie props and costumes, Walt Disney’s correspondence and script notes, theme park artifacts, merchandise, millions of archival photographs, and many of Walt’s personal effects. Founded by Disney Legend Dave Smith in 1970, the Walt Disney Archives is a vital resource for every part of Disney, as well as an important research center for Disney scholars, researchers, and writers. The Archives also shares its countless pieces with Disney fans everywhere through its exhibitions and close association with D23: The Official Disney Fan Club.