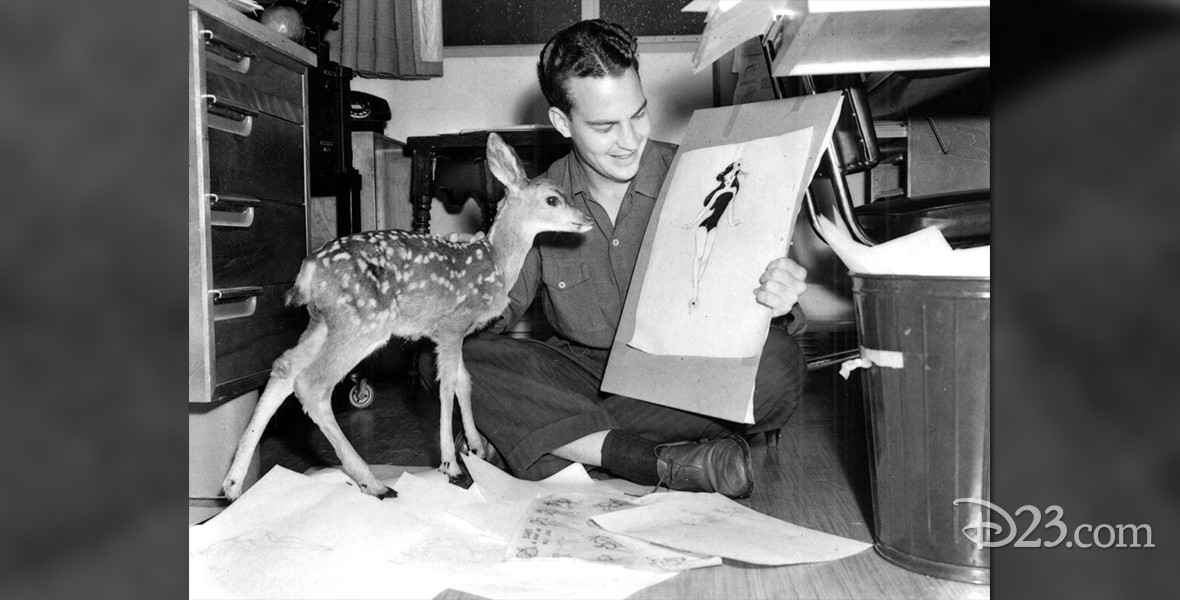 Justice, Bill (1914-2011) Animator; began his Disney career in 1937, and received film credit as an animator on Fantasia, Bambi, Alice in Wonderland, Peter Pan, and others. He developed such memorable characters as Thumper and Chip and Dale, and directed acclaimed experimental shorts such as Jack and Old Mac, Noah’s Ark, and Symposium on Popular Songs. In 1965, Walt Disney moved him to WED Enterprises where he programmed Audio-Animatronics figures for Great Moments with Mr. Lincoln, Pirates of the Caribbean, The Haunted Mansion, Country Bear Jamboree, The Hall of Presidents, and others. He designed many of the character costumes for the parks, as well as floats and costumes for many Disneyland parades, including the Main Street Electrical Parade. He retired in 1979, and has written an autobiography entitled Justice for Disney. He was named a Disney Legend in 1996.