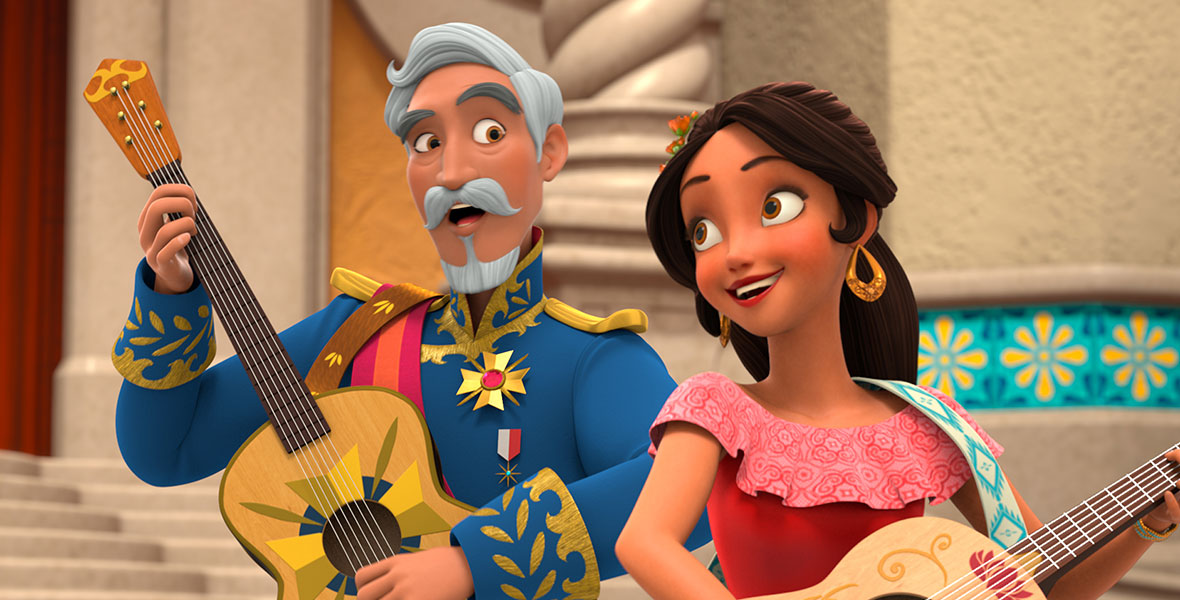 Elena of Avalor (television) Series on Disney Channel premiering Jul. 22, 2016. In the enchanted fairytale land of Avalor, Elena is a brave and adventurous 16-year-old who has saved her kingdom from an evil sorceress and must now learn to rule as crown princess until she is old enough to be queen. In the meantime, she is advised by a Grand Council, comprised of her Grandfather Francisco, Grandmother Luisa, and Royal Advisor, Duke Esteban. With her sister and some magical friends by her side, Princess Elena learns that her new role requires thoughtfulness, resilience, and compassion, the traits of all truly great leaders. Voices include Aimee Carrero (Princess Elena), Jenna Ortega (Princess Isabel), Christian Lanz (Esteban), Emiliano Díez (Francisco), Julia Vera (Luisa). The stories incorporate influences from diverse Latin and Hispanic cultures through architecture, traditions, food, and customs.