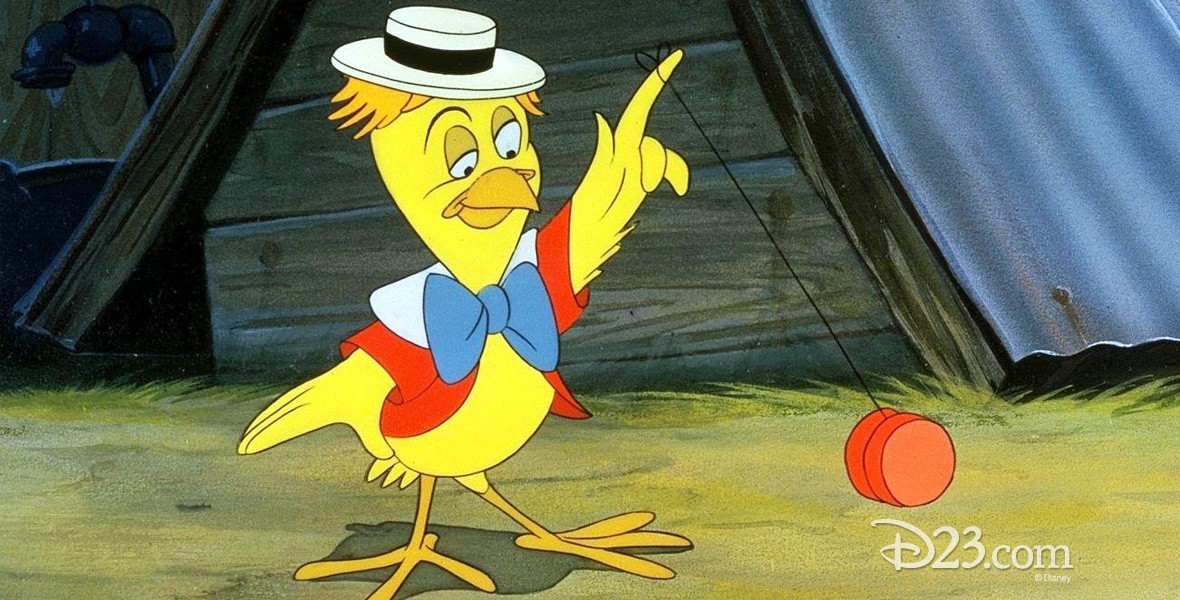 Chicken Little (film) Special cartoon, released on December 17, 1943. Directed by Clyde Geronimi. Foxey Loxey cons the farmyard chickens and dim-witted Chicken Little into believing his cave is the only safe place when the sky is falling. Once they enter, the chickens are devoured. Originally this film was planned to have definite wartime connotations—the fox would be reading Mein Kampf and the graves of the chickens would have swastikas for grave markers—but it was made generic so it would have more lasting appeal.