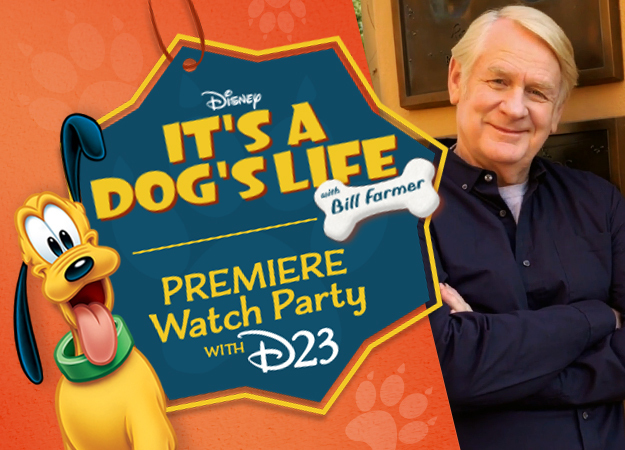 Join D23 to celebrate the premiere of the new Disney+ series It’s A Dog’s Life with Bill Farmer, as we “unleash” some Disney luminaries (and their own dogs!) to celebrate their favorite Disney dogs, share insights into the new show, and play along in some “paw-some” trivia!

Hosted by Yvette Nicole Brown, star of the Disney+ Original Lady and the Tramp and the upcoming game show, The Big Fib, this celebration of Disney dogs is the ultimate way to roll out your own red carpet to watch the premiere episode of It’s A Dog’s Life with Bill Farmer. You might even learn a new trick or two along the way!

After, catch It’s A Dog’s Life with Bill Farmer now streaming on Disney+! Watch with your canine companions, and share your own “dog watch party” with us using #AtHomeWithD23