It’s almost time to join the Avengers for “whatever it takes,” and their colleagues at S.H.I.E.L.D. return to ABC this summer… Read more, along with other news from around Disney, in this week’s news briefs!

Avengers: Endgame: The Wait is Almost Over…

While it’s true that we don’t know much about what Marvel Studios’ Avengers: Endgame has in store (and honestly, we prefer it that way—no spoilers!), we do know this: Tickets for the film are now on sale! So if you’d like to avoid waiting in long lines at your local cineplex once it’s rocketed onto screens, you might just wanna go ahead and pre-purchase yours—available anywhere movie tickets are sold… don’t say we didn’t warn you!

And get this: Twelve theaters in North America (11 in the States and one in Canada) will offer fans the chance to experience the Marvel Cinematic Universe like never before during an incredible Marvel Studios’ 22-Movie Marathon! Starting Tuesday, April 23, fans will be able to see every film in the MCU, culminating with Avengers: Endgame at 5 p.m. local time on Thursday, April 25. Check out Marvel Studios’ 22-Movie Marathon for more information.

Plus, just in case you needed another teaser trailer to further whet your anticipatory appetite, take a gander at the brand-new clip above—released in honor of the film’s on-sale fiesta. Avengers: Endgame opens in theaters everywhere April 26. See ya there! 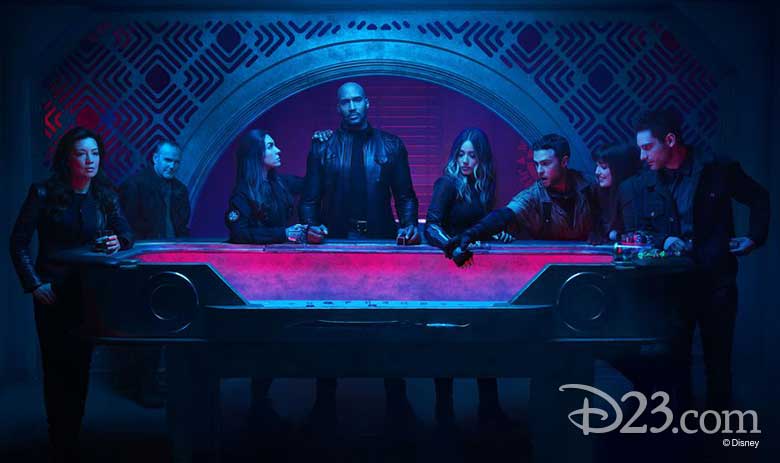 Speaking of the MCU, we’re pleased to report that Marvel’s Agents of S.H.I.E.L.D. will be returning to the ABC airwaves in just a few months’ time. Some of your favorite agents made the announcement at the recent WonderCon convention in Anaheim—read more about the show’s return, and get a ton of inside scoop, right here at D23.com. 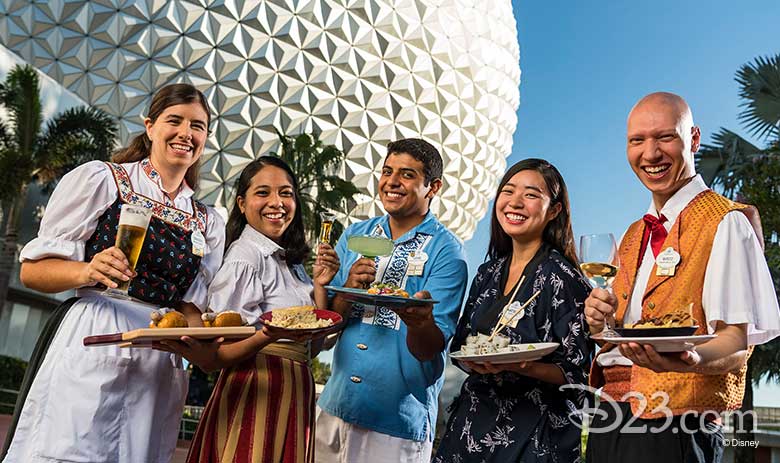 Epcot at Walt Disney World Resort is supremely cool for oh, so many reasons—including their amazing annual festivals, some of which have been going on for decades. So color us ecstatic regarding the following update… New details were just revealed this week for two such fan favorite events: the Epcot International Food & Wine Festival and the Epcot International Festival of the Holidays!

The 2019 Epcot International Food & Wine Festival will run August 29 through November 23, making it the longest Food & Wine Festival in the park’s history—at a whopping 87 days! As in years past, look for all manner of tasty dishes, fine dining events, and appearances by top celebrity chefs. Plus, the festival’s Eat to the Beat Concert Series will run from August 29 until November 19 and will feature a memorable lineup of pop, rock, R&B, country, Christian, swing, and Latin artists. (Do note that the concert series will conclude a few days earlier than the festival, in order to set the stage for the return of Epcot’s beloved Candlelight Processional!) Make sure to keep your eyes peeled for more information in the coming months at TasteEpcot.com.

And speaking of Candlelight, the 2019 Epcot International Festival of the Holidays will delight guests beginning November 29 and run through December 30. This seasonal celebration invites young and young at heart to discover holiday cheer across all 11 World Showcase pavilions and throughout the park. Special entertainment, storytellers, yummy favorites at Holiday Kitchens, and shimmering holiday decor are all part of the magic. The Candlelight Processional—a truly “must-do” event for many Epcot fans—will feature nightly retellings of the traditional Christmas story read by a celebrity narrator, accompanied by a choir and live orchestra.

Five Times the Aladdin on Broadway for Fifth Anniversary

If you’re a fan of Aladdin on Broadway—the musical based on Disney’s 1992 animated hit—or if you’re just a fan of fabulous theatrical performances in general, you positively must check out the video from the show’s recent fifth anniversary celebration… featuring five actors who’ve played the production’s show-stopping Genie—including Tony® winner James Monroe Iglehart. Check it out here at D23.com. 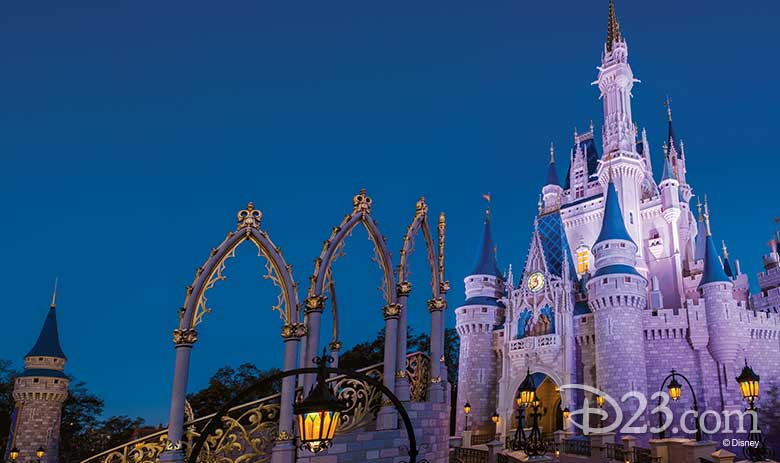 Our good pals over at Walt Disney Parks and Resorts have started offering some supremely cool events for guests, once the sun’s gone down and the park gates have closed… On the West Coast, it’s known as Disneyland After Dark (the next event is at Disney California Adventure park in late April; more info here)—and at Walt Disney World Resort, it’s known as Disney After Hours. And just this week, Magic Kingdom park revealed that all our favorite villains will play a huge part in their next nighttime event, running from June 6 to August 8 on 10 select evenings.

Open to a limited number of guests, Disney After Hours offers shorter wait times at more than 20 attractions and experiences—including Jungle Cruise, Pirates of the Caribbean, Seven Dwarfs Mine Train, Space Mountain, and many more. Disney After Hours tickets allow entry as early as 7 p.m., so there’s time to enjoy some fireworks before the main festivities even commence. And yummy snacks like ice cream and popcorn are included in the cost of admission!

Disney Villains After Hours will include some incredible, exclusive entertainment—namely, a brand-new Disney Villains stage show called “Villains Unite the Night,” featuring fan favorites Hades and Meg from Hercules. Plus, the amazing Maleficent the Dragon float (from Disney’s Festival of Fantasy parade) will be “let loose” for the very first time at night, breathing fire as she slinks through the park. Don’t forget to look for exclusive Disney Villains merchandise, as well as wickedly tasty food and beverage offerings. And of course, guests are encouraged to come bedecked with attire inspired by your favorite baddie.

Tickets for Disney Villains After Hours will be available beginning April 29—for more info, check out the event page at DisneyWorld.com.

She previously co-starred on Disney Channel’s The Suite Life of Zack & Cody—as well as in a slew of Disney Channel Original Movies—and now she’s back, lending her voice to a brand-new animated series. Hear more about what to expect from Amphibia, debuting this summer on Disney Channel and DisneyNOW, right here at D23.com. 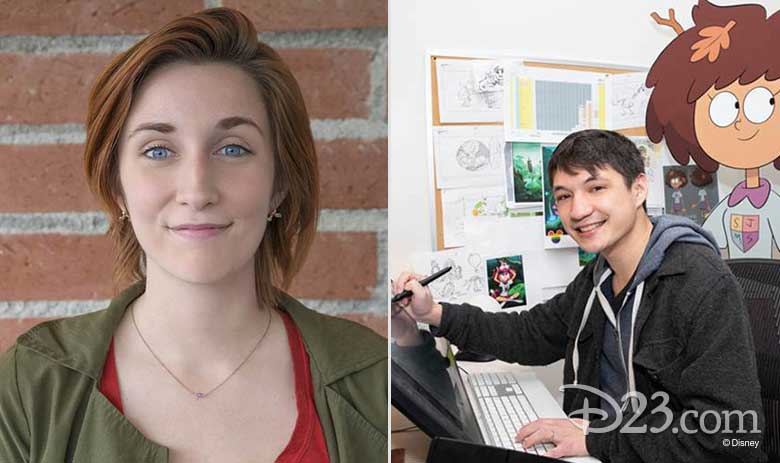 Speaking of Amphibia, and Disney TV animation in general—two Disney animators have made it onto a very special list. Animation magazine recently released its annual rundown of up-and-coming animation professionals (dubbed the “Special 16”) taking the world by storm… and the creator of Amphibia, Matt Braly, made the list! The CalArts graduate first turned Disney heads as a storyboard artist for Disney Channel’s Gravity Falls—and now, he’s produced his own highly anticipated series for the Company.

But that’s not all: Disney TV animation’s own Dana Terrace, creator of the upcoming Disney Channel series The Owl House (slated to debut in early 2020), was highlighted as a member of the “Special 16” as well! She, too, started working in storyboards for Gravity Falls, and has now created a series that follows a rough-around-the-edges mother figure resembling her own quirky female relatives.

Take a look at the full list here, and make sure to keep an eye out for these rising stars. 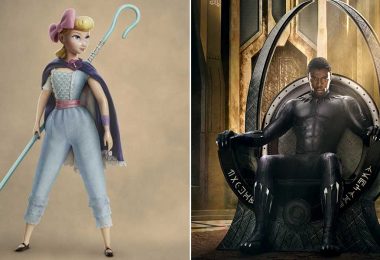 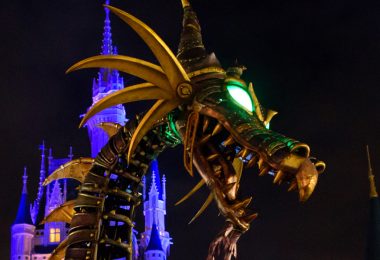