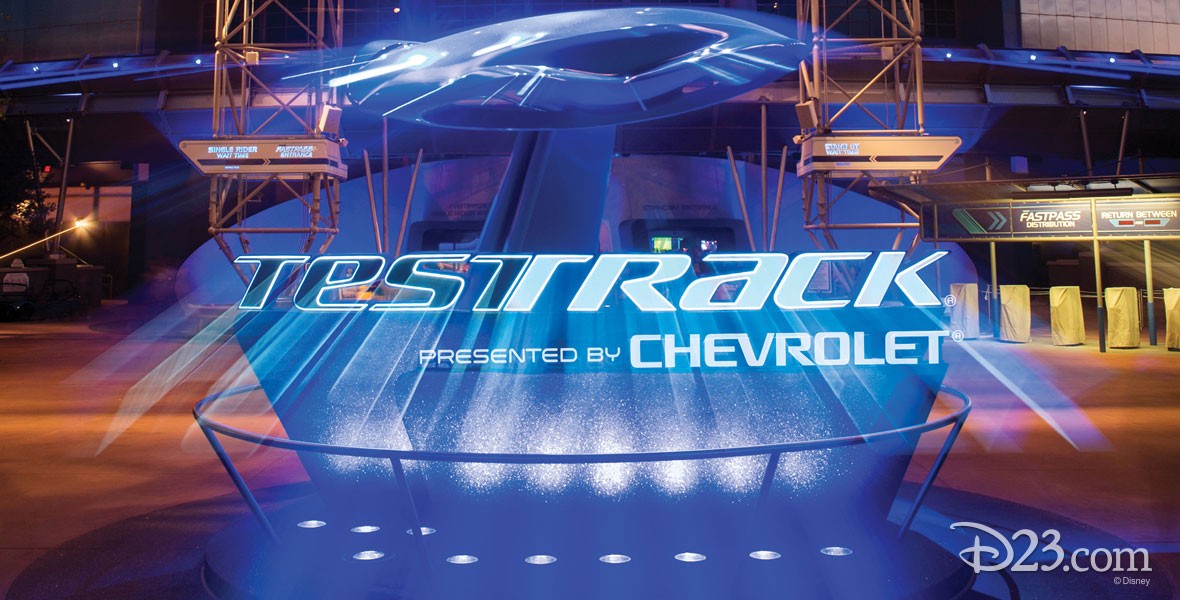 Test Track General Motors attraction at Epcot, which took the place of World of Motion.  Soft openings began in December 1998, a year and a half after the original opening had been announced, with the grand opening on March 17, 1999. Guests experience the exhilarating twists and turns in a General Motors test vehicle as it steers through the attraction.  At a length of just a fraction less than a mile from start to finish, the test track winds through the pavilion and then on a loop outside reaching speeds of up to 65 miles per hour.  Up to six guests in each vehicle. It closed in April 2012 for a major remodeling.