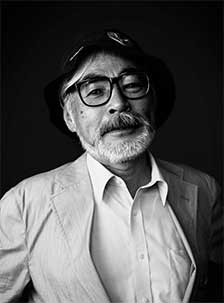 Miyazaki, Hayao As part of a distribution deal with the master Japanese animator, Buena Vista Home Video began distributing his films on video in the United States with Kiki’s Delivery Service in 1998. Miramax released in theaters Miyazaki’s The Princess Mononoke in 1999 and Disney released Spirited Away in 2002 (winning the Oscar for Best Animated Feature) Howl’s Moving Castle in 2005, Ponyo in 2009 and The Secret World of Arrietty in 2012, and The Wind Rises in 2013.