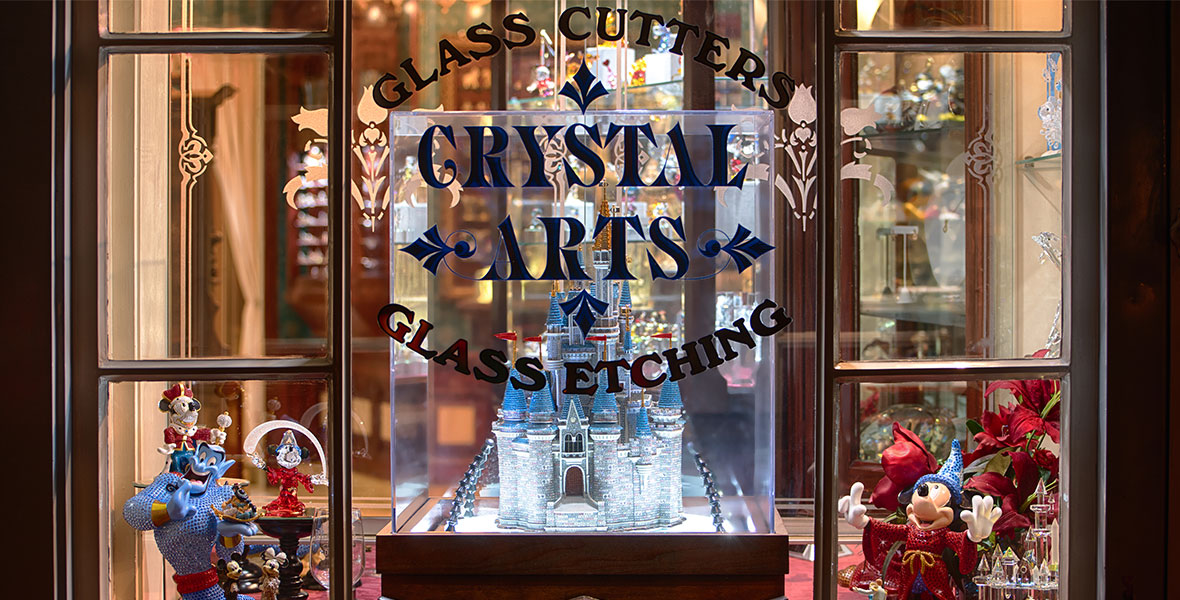 Crystal Arts Shop on Main Street, U.S.A. at Magic Kingdom Park at Walt Disney World beginning in 1971. In 2007, it moved into the space formerly occupied by the Market House. Also at Disneyland Park, where it opened June 24, 1972. Presented by the Arribas Brothers. In April 1986, it opened as Cristal Arts in Adventureland at Tokyo Disneyland. A Crystal Arts shop operated in Hong Kong Disneyland from September 12, 2005, to 2011.