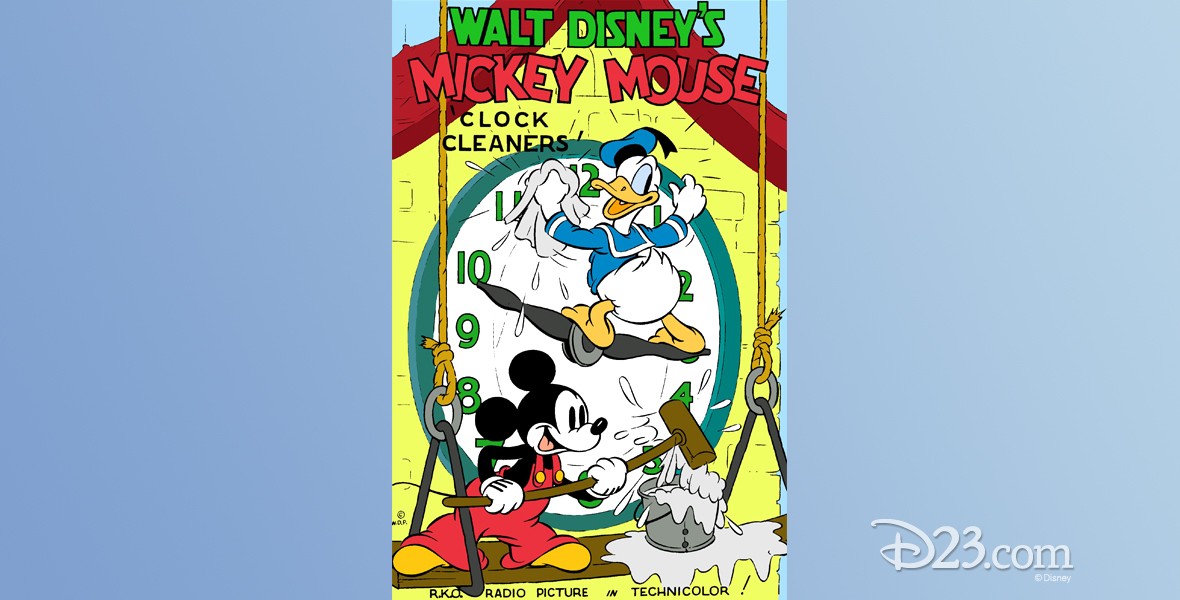 Clock Cleaners (film) Mickey Mouse cartoon; released on October 15, 1937. Directed by Ben Sharpsteen. Mickey, Donald, and Goofy attempt to clean a huge clock on a high tower. Goofy is mystified by whoever is striking the bell, and when he is accidentally struck on the head by the bell-ringing figure, he begins to stagger dazedly about, performing daring acrobatics while Mickey tries to rescue him. Meanwhile, Donald fights a losing battle against a cantankerous mainspring he is trying to clean, with Mickey and Goofy being flung by a flexible flagpole outside into the mainspring with Donald. All three end up bounced into one of the gears of the clock and onto the floor, where parts of their bodies continue to move in unison like a pendulum.

Clint and Mac Clock of the World