Home / Disney A to Z / C / Cheetah Girls One World, The (television) 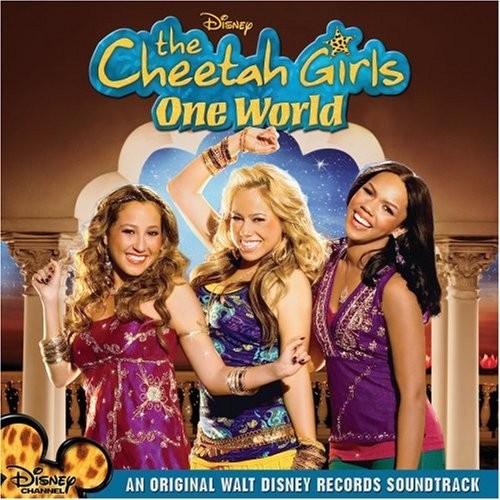 Cheetah Girls One World, The (television) A Disney Channel Original Movie, the third in the Cheetah Girls series, premiered on August 22, 2008. The Cheetah Girls travel from New York to India to star in a film directed by an aspiring Bollywood movie director. Upon arriving, they are shocked to learn their movie’s producer has a role for only one Cheetah Girl. Dreams and friendships are tested as they begin to compete against each other for the title role. Before long, the three girls start to question their commitment to The Cheetah Girls’ dream, and each must weigh her own aspirations against the group’s future. Directed by Paul Hoen. Stars Sabrina Bryan (Dorinda), Adrienne Bailon (Chanel), Kiely Williams (Aqua), Roshan Seth (Uncle Kamal), Kunal Sharma (Amar), Rupak Ginn (Rahim), Deepti Daryanani (Gita), Michael Steger (Vikram Bhatia). Filmed in Udaipur, Rajasthan, India.