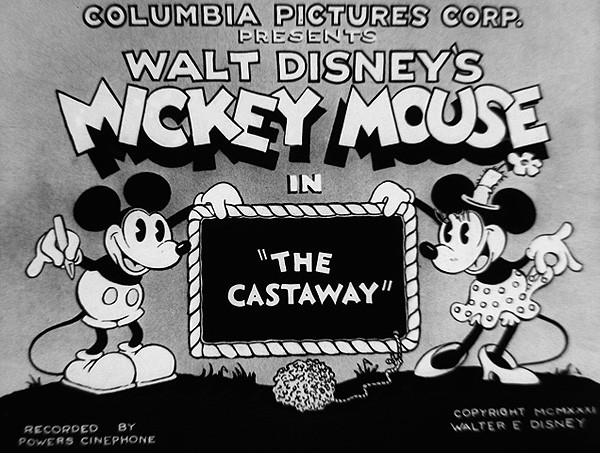 Castaway, The (film) Mickey Mouse cartoon; released on April 6, 1931. Directed by Wilfred Jackson. Mickey is shipwrecked on an island after being adrift on a raft. Mickey plays a piano that has washed ashore, until a gorilla destroys it. Mickey manages to escape from the gorilla, a lion, and an alligator. He then floats downstream on a turtle, which he stood on thinking it was a rock.