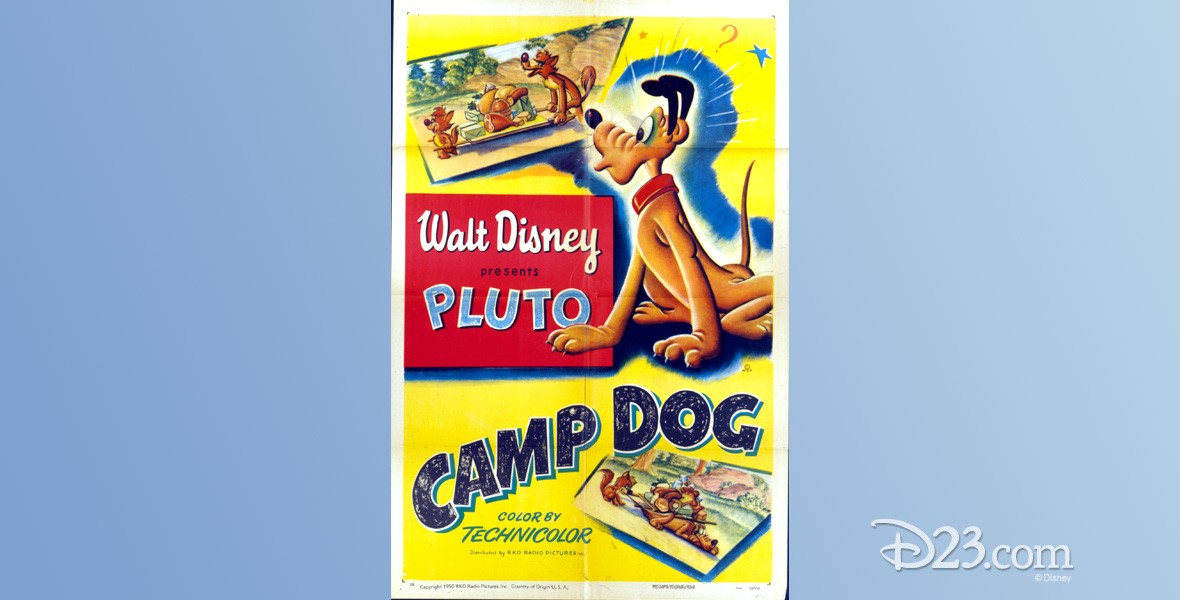 Camp Dog (film) Pluto cartoon; released on September 22, 1950. Directed by Charles Nichols. While campers are away, Pluto must guard the campsite from two coyotes, Bent-Tail and his son, Junior. The coyotes try to steal food, with Junior complicating matters by “stealing” Pluto, whom he considers to be food. After a chase that destroys the camp, Pluto joins the coyotes in the hills rather than try to explain to the campers.