Happy July! Summer is in full swing, and we’re now less than one month away from the highly anticipated release of Disney’s Jungle Cruise. To celebrate such a momentous occasion, Disney just debuted two hilariously adventurous “dueling” trailers for the film—one featuring Dwayne Johnson as Skipper Frank (seen above), and another featuring Emily Blunt as Dr. Lily Houghton (seen below)…

Inspired by the famous Disneyland theme park attraction, Disney’s Jungle Cruise is a rollicking thrill-ride down the Amazon with wisecracking skipper Frank Wolff (Johnson) and intrepid researcher Dr. Lily Houghton (Blunt). Lily travels from London, England, to the Amazon jungle and enlists Frank’s questionable services to guide her downriver on La Quila—his ramshackle-but-charming boat. Lily is determined to uncover an ancient tree with unparalleled healing abilities that possess the power to change the future of medicine. Thrust on this epic quest together, the unlikely duo encounters innumerable dangers and supernatural forces, all lurking in the deceptive beauty of the lush rainforest. But as the secrets of the lost tree unfold, the stakes reach even higher for Lily and Frank. Their fate—and mankind’s—hangs in the balance.

So, are you Team Frank or Team Lily? No matter your allegiance, mark your calendars for Disney’s Jungle Cruise when it’s released simultaneously in theaters and on Disney+ with Premier Access (for a one-time $29.99 fee) on Friday, July 30!

If it’s feeling toasty in your next of the woods—it sure is in ours—mayhaps it would behoove you to stay inside (at least while you’re not grilling delicious BBQ foodstuffs or enjoying pool time) this upcoming Fourth of July weekend… So, what’s on tap to watch from around the worlds of Disney? Well we’re particularly excited for the Hulu debut of the original documentary feature Summer of Soul (…Or, When the Revolution Could Not Be Televised), directed by DJ, author, and musician (and friend of D23) Questlove. But there’s a lot more where that came from… 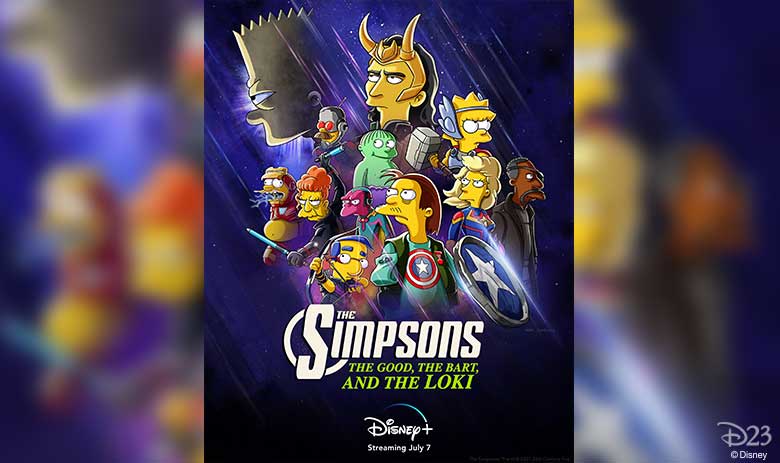 Disney+ Announces New Simpsons Short: The Good, The Bad, and The Loki

This week, the good folks at Disney+ announced one of the coolest things we’ve legit ever heard of: The Good, The Bart, and The Loki, a brand-new Marvel-themed short from The Simpsons! The short will premiere exclusively on the steaming service on Wednesday, July 7.

In The Good, The Bart, and The Loki, Loki is banished from Asgard once again and must face his toughest opponents yet: the Simpsons and Springfield’s mightiest heroes! The God of Mischief teams up with Bart Simpson in the ultimate crossover event paying tribute to the Marvel Cinematic Universe. Tom Hiddleston returns as the voice of Loki in the animated short, and the God of Mischief will be seen alongside many fan-favorite characters from the legendary, long-running The Simpsons series. And, in case you couldn’t yet tell, the just-released key art (above) is indeed inspired by the poster for Marvel Studios’ Avengers: Endgame.

The Good, The Bart, and The Loki is the second in a series of Disney+ shorts from The Simpsons that highlight the service’s marquee brands and titles, following the Star Wars-themed short Maggie Simpson in ‘The Force Awakens from Its Nap,’ available now, only on Disney+. 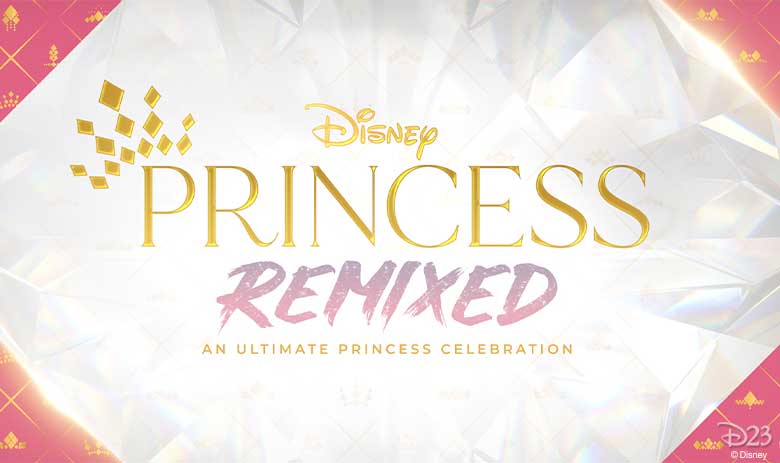 Narrated by 12-year-old social media star Txunamy Ortiz, the half-hour special will celebrate the all the incredibly empowering attributes of Disney princesses and queens through reimagined performances of their iconic songs. Grammy® winner Brandy will also debut her music video for “Starting Now,” the anthem for The Walt Disney Company’s year-long event, “Ultimate Princess Celebration”—which spotlights the courage and kindness that Disney heroines inspire in fans all around the world. Disney Princess Remixed – An Ultimate Princess Celebration will also be available on Disney+ the same day in select markets, including the United States.

High School Musical: The Musical: The Series stars Dara Reneé, Frankie Rodriguez, and Julia Lester; Secrets of Sulphur Springs star Izabela Rose; Sydney to the Max star Ruth Righi; and Under Wraps star Sophia Hammons are set to perform pop, rock, and R&B remixes of “Into the Unknown” from Frozen 2, “Home” from Beauty and the Beast, “Almost There” from The Princess and the Frog, and “Part of Your World” from The Little Mermaid, respectively. Walt Disney Records will also release three singles from the special, “Into the Unknown (Disney Princess Remixed)” set for release on August 13, followed by two additional singles on August 27. The special is executive produced by the Emmy® Award-winning team NappyTabs (So You Think You Can Dance).

Speaking of Disney Channel and cool things they’re debuting in August… they’re going all in on Friday, August 13, with some sure-to-be-fun-lucky premieres!

Beginning at 8 p.m. EDT/PDT, Disney Channel will premiere the new Disney Channel Original Movie (DCOM) Spin—which follows Rhea (Avantika), a relatable Indian American teen who discovers her passion for creating DJ mixes that blend the rich textures of her South Asian culture and the world around her. Her life mostly revolves around her tight-knit family and their restaurant; afterschool activities, and her eclectic group of friends… but everything changes when she falls for aspiring DJ Max, and her long-lost fervor for music is reignited. Rhea discovers that she really does have a natural gift for creating beats and producing music—but she’s got to find the courage to follow her true inner talent. Check out the new trailer for the DCOM, above.

But that’s not all: Following Spin is the highly anticipated animated event of the summer, Descendants: The Royal Wedding, as well as the premiere of Disney Channel’s delicious new unscripted competitive baking show Disney’s Magic Bake-Off.

And it all kicks off with the network TV premiere of Disney and Pixar’s Toy Story 4 at 6:15 p.m. PT/ET. Don’t miss out!

Debuting late last week, the new trailer for Marvel Studios’ Shang-Chi and The Legend of the Ten Rings is as thrilling as they come.

The film follows Shang-Chi (Simu Liu), a young Super Hero whose journey of self-discovery unfolds in this never-before-seen origin story. “Shang-Chi’s main problem in his life is rooted in not knowing who he really is,” says Destin Daniel Cretton, the film’s director and one of the writers, who is elated to bring Shang-Chi’s story to the big screen. “He has to learn how to own every part of himself. If he doesn’t allow himself to look at all of it—the good, the bad, the light and the dark—and to own it all, he won’t be able to reach his full potential.”

Told with stunning visuals, the Marvel Cinematic Universe’s signature spectacle, and lots of mind-blowing action—along with the talents of a diverse, stellar cast—Marvel Studios’ Shang-Chi and The Legend of The Ten Rings opens in theaters on September 3.

Should you find yourself in New York City towards the end of 2021, you positively must stop by The Metropolitan Museum of Art and check out their upcoming exhibition, Inspiring Walt Disney: The Animation of French Decorative Arts—featuring the incredible work of Walt Disney Animation Studios’ hand-drawn animation. Find out what to expect from the exhibition, opening December 10, 2021, and continuing through March 6, 2022, by clicking here. 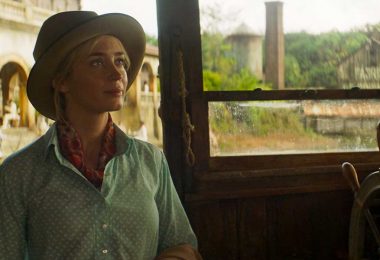 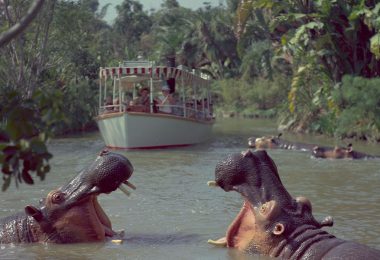