Shortly after, Bob began working in motion pictures himself, most notably for RKO and Universal Studios in films such as King Kong (1933) and Tarzan and His Mate (1934). Throughout the 1930s and 1940s, Bob did uncredited work for some of the best special effects supervisors in the industry, building werewolves, carnivorous plants, and much more. 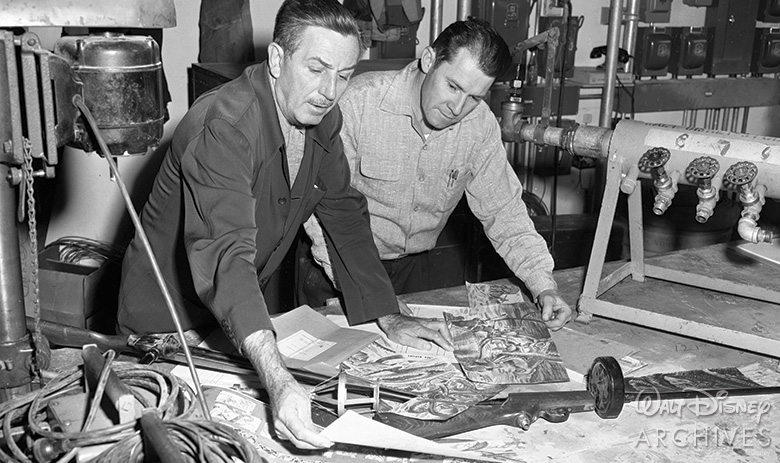 In the early 1950s, Disney art director Harper Goff saw the giant mechanized octopus that Bob had created for the John Wayne film Wake of the Red Witch (1948) and knew that he had found just the man to help him through production troubles in Disney’s new epic adventure 20,000 Leagues Under the Sea. Harper was having a difficult time with the film’s giant “puppet” squid, which had been fabricated but was not working properly, so he hired Bob to mechanize a new more robust squid, sculpted by Disney artist Chris Mueller. 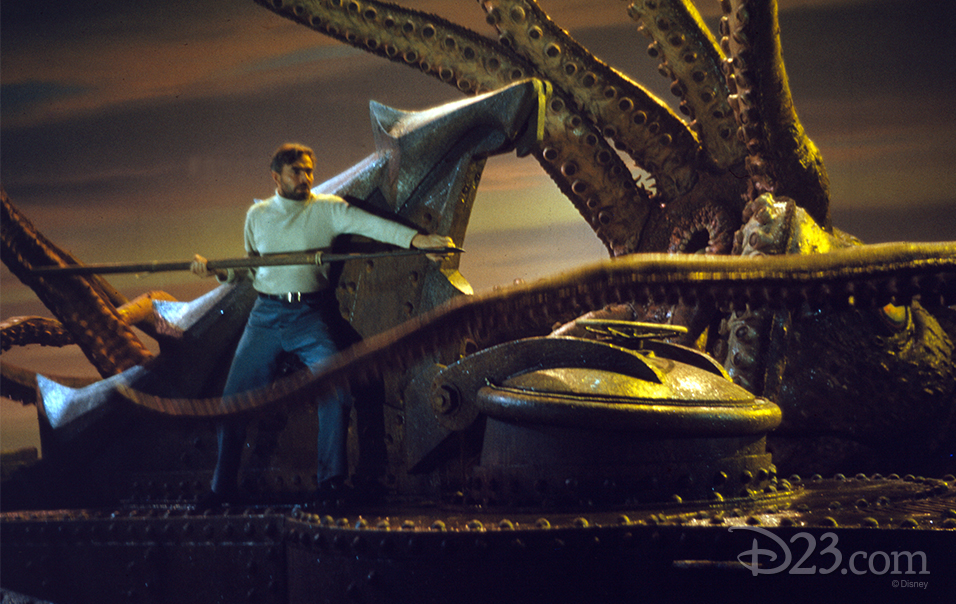 The film and its monster squid was such a hit that Walt Disney quickly offered Bob a permanent position at the studio as head of the Mechanical Effects Department, and Bob was soon hard at work building a host of mechanical figures for the soon-to-open Disneyland. Bob animated hippos, elephants, and other exotic animals for Jungle Cruise; populated the Rivers of America with lifelike deer, elk, and bears; balanced rocks and made mud baths bubble for the Mine Train Through Nature’s Wonderland; and even worked mechanized magic in Fantasyland where he animated the charming figure of Timothy Mouse high atop the Dumbo the Flying Elephant attraction and gave guests severe sensory overload in the finale of Mr. Toad’s Wild Ride.

Throughout the 1960s and 1970s, Bob continued to work his magic on attractions at Disneyland, including the 20,000 Leagues Under the Sea walk-through attraction, the earliest mock-ups of Haunted Mansion, and he provided special mechanical effects for multiple Disney feature films including The Absent-Minded Professor (1961), Mary Poppins (1964), The Happiest Millionaire (1967), Blackbeard’s Ghost (1968), and The Love Bug (1969). But it was in a non-Disney film of the 1970s that Bob’s greatest mechanical “monsterpiece” appeared to terrify audiences around the world—Bruce the Shark in Steven Spielberg’s megahit Jaws (1975). 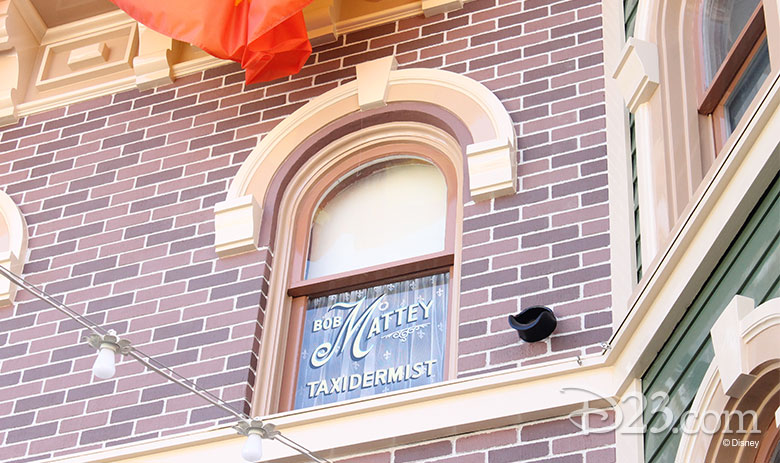 When Disneyland opened in 1955, Bob was one of the pioneering artists who was given “screen credit” by Walt on the windows of Main Street, U.S.A. The firmly tongue-in-cheek tribute credited him with the title “Taxidermist,” a nod to his ability to create such lifelike dimensional creatures. In the 1970s, the window was moved and altered, but today it has been returned to its original state, to pay homage to Walt’s wonderful wizard of mechanical effects, Bob Mattey.