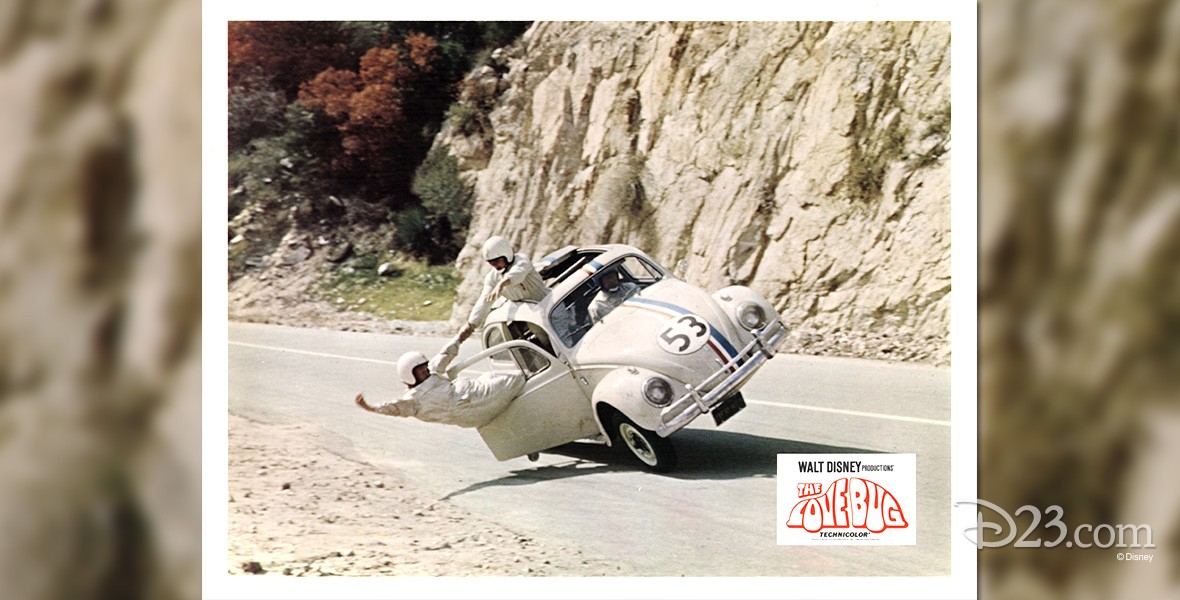 Love Bug, The (film) A down-and-out racetrack driver, Jim Douglas, acquires a little Volkswagen, but doesn’t realize that the “bug” is almost human. The car helps Jim to win many races, but runs away, when it feels it is not appreciated, into the clutches of villainous rival Peter Thorndyke. With the help of his friends Tennessee and Carole, Jim changes his attitude, finds the “bug, ” and apologizes. They win another race—and the Jim falls in love with Carole. Released on March 13, 1969. Directed by Robert Stevenson. Stars Dean Jones (Jim Douglas), Michele Lee (Carole), David Tomlinson (Thorndyke), Buddy Hackett (Tennessee), Joe Flynn (Havershaw), Benson Fong (Mr. Wu), Andy Granatelli. The movie was based on the story “Car-Boy-Girl” by Gordon Buford. On-location shooting was done in California in San Francisco, as well as Willow Springs, the Riverside Raceway, and the Monterey Peninsula.  108 min. The highest grossing film in the U.S. during 1969; the film was so successful that it led to the sequels, Herbie Rides Again, Herbie Goes to Monte Carlo, Herbie Goes Bananas, Herbie: Fully Loaded, a limited television series, Herbie, the Love Bug, and a 1997 television-movie sequel. Reissued in 1979 and released on video in 1980 and 1992.