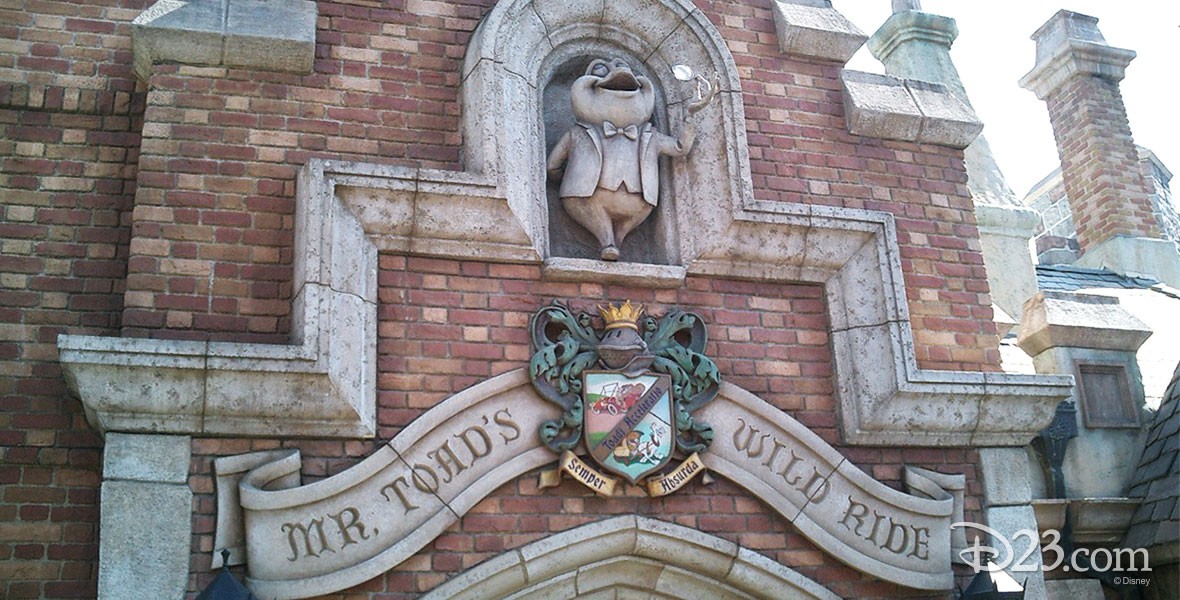 Mr. Toad’s Wild Ride Fantasyland attraction at Disneyland; opened on July 17, 1955. One of the original Disneyland dark rides, it was completely remodeled with the new Fantasyland in 1983, with the most obvious change being the exterior. It became Toad Hall itself, rather than just a pavilion from a medieval fair. Based on The Adventures of Ichabod and Mr. Toad (1949). Also a Fantasyland attraction in Magic Kingdom Park at Walt Disney World, opened October 1, 1971, and closed on September 7, 1998, being replaced by The Many Adventures of Winnie the Pooh. The Florida attraction featured two separate tracks.