Sixty years ago, “The Mightiest Motion Picture of Them All,” Walt Disney’s 20,000 Leagues Under the Sea, first whisked away moviegoers, diving to new depths of imagination and artistry. Having corralled an industry “who’s who” of technicians and artisans, Walt knew that something as large as the vision he had for Verne’s epic needed an equal sense of ambition. Culled from the Walt Disney Archives collection, the production artwork featured here is meant to begin to showcase just how “epic” the scale of this now-iconic film was, from its very conception, more of which will be celebrated on tour across the U.S. in this year’s D23 Disney Fanniversary Celebration road show, presented by Walt Disney Records The Legacy Collection. 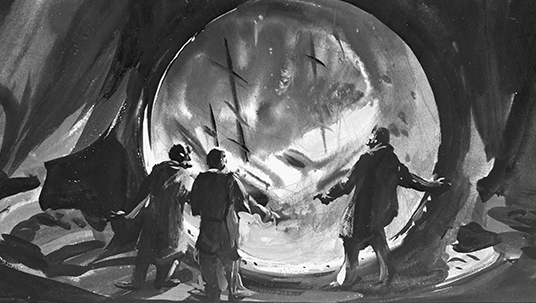 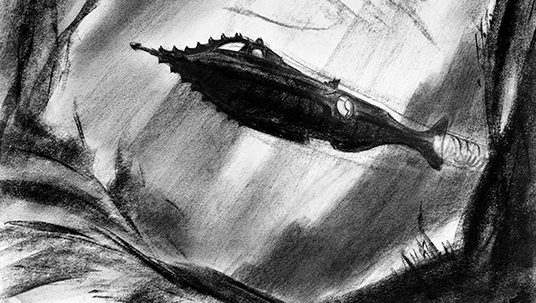