Making Merry at Disney Parks Around the World

Well, it’s official—Christmas is around the corner, and we’re fairly certain Santa’s already started loading up his sleigh. But yuletide excitement doesn’t end there: This time of year brings a new layer of magic to Disney Parks, and we’ve got a rundown of the festive entertainment, delicious food, and traditions-in-the-making you’ll find around the globe.

Disneyland Park is hosting the 21st edition of its A Christmas Fantasy parade, and it’s a small world Holiday is resplendent with 60,000 colorful lights. Over at Disney California Adventure, “Disney Viva Navidad! Street Party” returns with a cast of more than 50 performers, and World of Color: Winter Dreams delights audiences once more. On the other side of the country, Walt Disney World’s Magic Kingdom Park boasts its Mickey’s Very Merry Christmas Party (on select evenings) and enchanting entertainment like “A Frozen Holiday Wish.” Epcot’s Illuminations: Reflections of Earth gets a special holiday finale, and the 20th (and final) installment of The Osborne Family Spectacle of Dancing Lights dazzles guests at Disney’s Hollywood Studios.

At Hong Kong Disneyland Resort, Christmas comes early with a special Frozen Christmas tree lighting ceremony; Tokyo Disneyland guests can revel in the Starbright Christmas fireworks spectacular; and Tokyo DisneySea boasts uniquely themed decorations. Not to be outdone, Disneyland Paris welcomes the season with the Disney Dreams! of Christmas fireworks spectacular and a new “Royal Christmas Wishes” show. Even Disney Cruise Line is getting into the spirit with its “Very Merry-time Cruises” featuring “Deck the Holiday” parties and a special atrium tree-lighting celebration.

There’s so much to see and do at Disney Parks during the holiday season… grab a cup of hot cocoa and visit a Park near you!

Over the weekend, a brand-new Star Wars: The Force Awakens featurette made its debut at Comic-Con Brazil during a presentation hosted by one of the film’s producers, Bryan Burk. Check out the cast and crew as they discuss the legacy of the Star Wars saga, in these last few days before the film premieres!

Roald Dahl’s beloved 1982 novel The BFG comes to life next summer, directed by the legendary Steven Spielberg! The film stars newcomer Ruby Barnhill as Sophie, a 10-year-old orphan who finds herself on the adventure of a lifetime with a friendly—if dimwitted—24-foot-tall giant (Tony winner Mark Rylance). 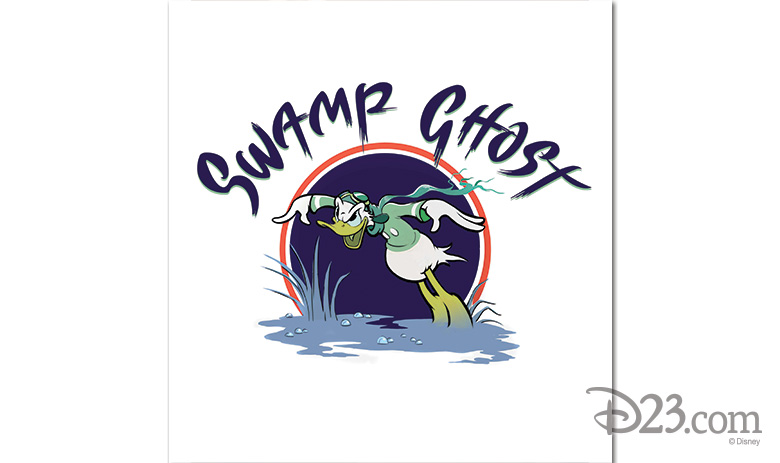 During World War II, The Walt Disney Studios made more than 1,200 insignia for the United States and Allied forces, many of which featured iconic characters including Donald Duck. To help honor the celebrated WWII-era B17 “Flying Fortress”—affectionately named “Swamp Ghost” for its infamous landing in the swamps of Papua New Guinea—Disney artists Mike Gabriel (director, Pocahontas) and Klay Hall (director, Disneytoon Studios’ Planes) worked with the Pacific Aviation Museum in Honolulu, Hawaii, to create original nose art for the museum’s brand-new “Swamp Ghost” plane display! The announcement of the collaboration was made by former Good Morning America host David Hartman at the museum’s Annual Gala on Saturday, December 5.

“Walt Disney’s Donald Duck was one of the most iconic and likable characters during the 1940s,” says Hall. “He was very popular amongst servicemen, possessing a feistiness with a ‘can-do’ attitude. He seemed like a natural fit for the ‘Swamp Ghost’ nose art.”

A date for the exhibition’s opening will be announced at a later time.

Actress and author Carrie Fisher is known for her irreverent and entertaining interviews, and a recent chat with co-host Amy Robach on ABC’s Good Morning America (GMA) did not disappoint! Not only did she speak to her experiences working on Star Wars: The Force Awakens and her legacy as Princess (now General) Leia, but she also introduced viewers to her adorable French bulldog, Gary; evidently, it was the sheer awesomeness of the film (which he “watched” at a recent screening) that caused his tongue to, shall we say, “escape” his mouth. “He didn’t look like this before,” Carrie said, generating laughs throughout the GMA studio.

Take a gander at the hilarious interview, above! 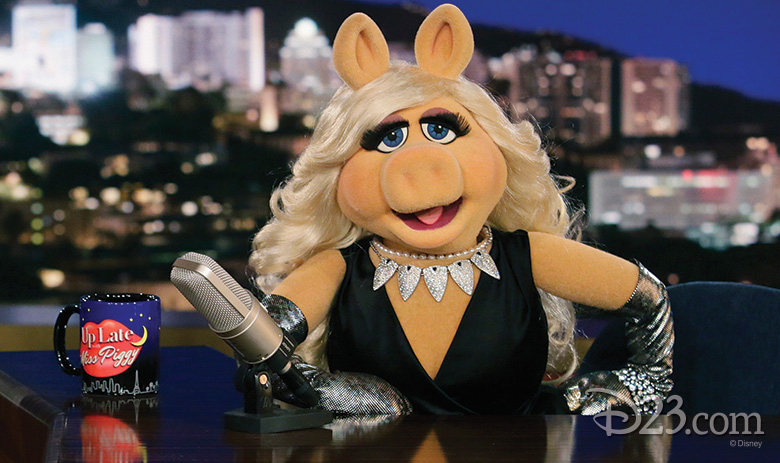 Beginning this week, the legendary Miss Piggy will offer her millions of adoring fans a chance to chat one-on-one via Facebook Messenger! The host of Up Late with Miss Piggy (as seen on The Muppets, Tuesdays at 8 p.m. ET/7 p.m. CT on ABC) will be available for live chats Monday, Wednesday, and Friday from 10 a.m. to 11 a.m. PST.

Getting “up close and personal” with her fans (virtually speaking, of course!) is a first for the porcine celeb. “I see this as a gift to all those who love me, who admire me… and who have always dreamed the impossible dream of chatting with me,” says Piggy. “Here’s your chance. Come and get it!”

This truly unique Artificial Intelligence-powered chat experience was created by Disney Consumer Products and Interactive Media Labs, The Muppets Studios, and imperson, a participant in the 2015 Disney Accelerator mentorship and investment program for technology-enabled startups in the media and entertainment space.

Head over to Miss Piggy’s Facebook page to start your own unique conversation with the mega-star! 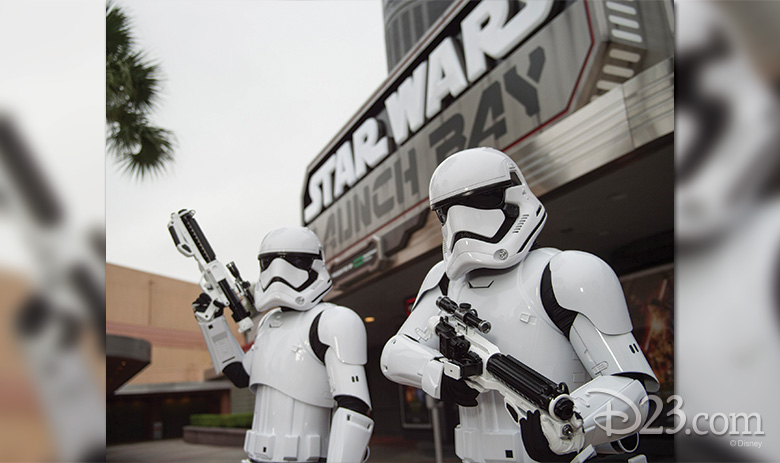 For guests at Walt Disney World, the Star Wars galaxy is now closer than ever before! Disney’s Hollywood Studios just unveiled their own Star Wars experiences—on par with Disneyland Park’s recent Season of the Force launch.

Star Wars Launch Bay, located in Animation Courtyard, offers guests the chance to interact with Star Wars characters by choosing to encounter the Dark Side in a Star Destroyer-themed area, or visit with the brave Rebels in a makeshift Rebel Base. Fans can also visit two different exhibits: Celebration Gallery and Celebration Hallway to view iconic ships from the Rebel Alliance and Imperial Navy fleet, as well as replica Star Wars props and murals; and Preview Gallery to explore costumes, artwork, models, and more from the new film. The popular Star Wars—The Adventure Continues attraction is now enhanced with a scene based on Star Wars: The Force Awakens, and fans of the younger persuasion can get in on the fun with Jedi Training: Trials of the Temple.

Plus, don’t miss new Star Wars-inspired food items throughout the park, and look for an all new Symphony In The Stars: A Galactic Spectacular nightly fireworks show beginning December 18. Light speed to Walt Disney World!

Behind the Scenes with The Good Dinosaur Featurette

This new featurette from Disney•Pixar takes us behind the scenes with the filmmakers and the cast of The Good Dinosaur to learn more about Arlo and Spot’s incredible journey. Hear from voice actors Sam Elliott (Butch) and AJ Buckley (Nash), as well as director Peter Sohn and producer Denise Ream.

The Good Dinosaur is in theaters now! 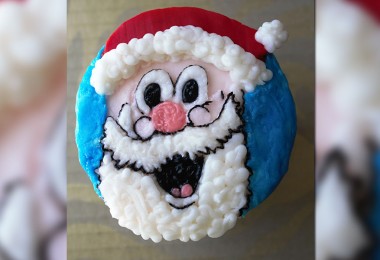 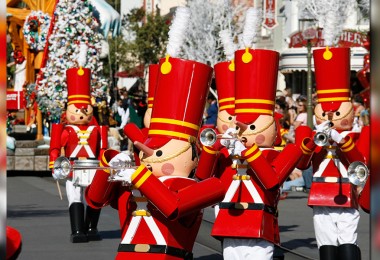 Holiday Tips from Parks and Resorts 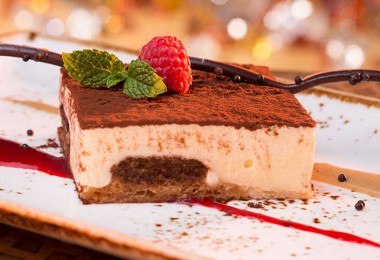