The slave in the magic mirror from Snow White and the Seven Dwarfs came from the farthest space, through wind and darkness, to show his face in “Disney’s Greatest Villains,” which aired as an episode on The Wonderful World of Disney on this day in 1977. The special showcased Disney’s most (un?)popular villains such as Cruella De Vil, Kaa, Maleficent, and the newcomer to the group, Madame Medusa from the then-upcoming film The Rescuers. Starring as the live-action version of the slave in the magic mirror was Hans Conreid. He had appeared in the magic mirror in a number of Disney television programs, beginning with Walt Disney’s very first television show, One Hour in Wonderland. The well-known actor appeared or provided voices for more than 100 films, including Captain Hook in Disney’s Peter Pan, who was also highlighted as one of the greatest villains on this television special. 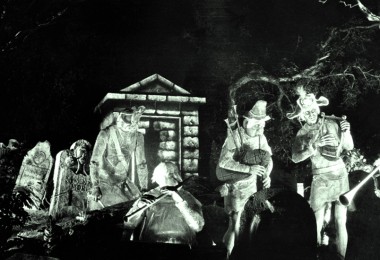