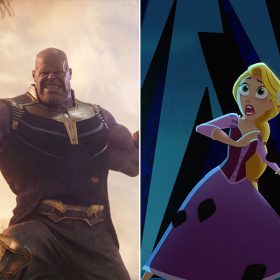 We’ve waited a whole year to discover what happens to our favorite Super Heroes in Avengers: Endgame after the shocking ending to Avengers: Infinity War. While we’re counting down the days till April 26, let’s take a look back at six times Disney films and television shows left us desperate to know what would happen next. Grab your popcorn and… 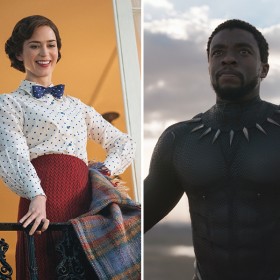 Every Disney Oscar® Nomination for 2019

Black Panther… Mary Poppins Returns… Incredibles 2… Ralph Breaks the Internet… It comes as no surprise that some of our favorite films of 2019 are favorites of Academy members, too. Nominations for the 91st Oscars® have just been revealed, and Disney releases earned 17 nominations in all. Marvel Studios’ Black Panther is Disney’s… 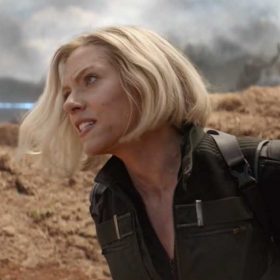 Today’s the day you get to add the latest Marvel film to your cinematic collection. Avengers: Infinity War is available today for Digital Download, and to celebrate this marvelous occasion, we have an exclusive clip to share of one of Executive Producer Victoria Alonso’s favorite moments–and we have to say that we love it too! Relive one of… 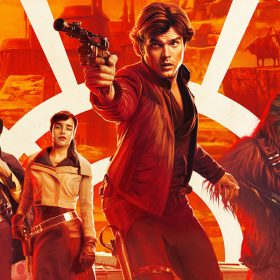 Marvel Studios’ Avengers: Infinity War had the highest global and domestic opening weekend of all time, and just crossed the $1 billion threshold faster than any other film in history. But the summer of great Disney movies is just beginning—over the next few months, four more films will make their way to the big screen, each bringing its own… 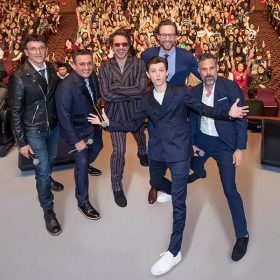 The Cast of Avengers: Infinity War Went on a Fan-Tastic World Tour

Marvel Studios’ Avengers: Infinity War shattered records this past weekend. The film now has the highest-ever global opening, earning a staggering $640.4 million worldwide, and it is the biggest opening ever in regions around the globe such as Korea, Mexico, Brazil, Venezuela, and South Africa, to name just a few, as well as here in the U.S…. 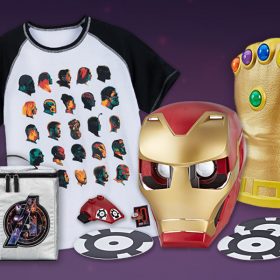 Are you geared up for the release of Marvel Studios’ Avengers: Infinity War? There are so many ways to show your Marvel spirit—you might even wear it right on your sleeve. We’ve pulled together a list of some great Infinity War merchandise that you will definitely not want to pass up. It’s time to save the world! 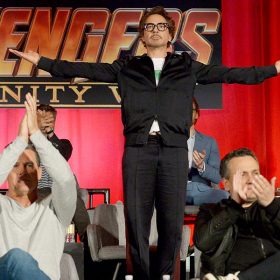 As movies go, Marvel Studios’ Avengers: Infinity War is one of the biggest productions—in terms of scope and A-list actors—of all time. Directors Joe and Anthony Russo, together with producer and Marvel Studios President Kevin Feige, have pulled off something truly extraordinary—combining the storylines and character arcs of 18 different films… 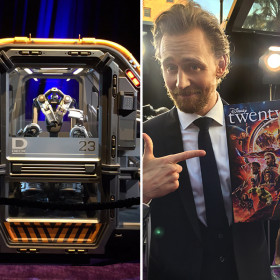 On Monday, we assembled along the purple carpet in Hollywood for the star-studded premiere of Marvel Studios’ Avengers: Infinity War. The event was as large-scale as the movie it honors, taking place across three different theaters—the El Capitan Theatre, the Dolby Theatre, and the TCL Chinese Theatre—with almost the entire cast in… 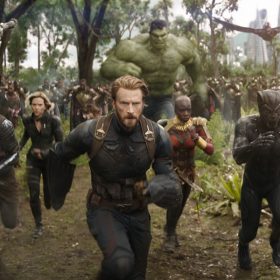 The Road to Avengers: Infinity War as Told by End Credits

“You’ve become part of a bigger universe. You just don’t know it yet.” Nick Fury (Samuel L. Jackson) said those words 10 years and 18 movies ago, igniting a cinematic universe that would bring together the world’s greatest heroes—the Avengers. On April 27, those heroes face off against their most powerful foe yet, Thanos (Josh Brolin), the…