Home / News / Headlines / Celebrate 10 Years of the MCU with This “Class Photo” of ...
Skip to content

It’s time for a super celebration! Today Marvel Studios is kicking off the yearlong Marvel Cinematic Universe 10-Year anniversary celebration with an iconic class photo featuring cast and filmmakers from over the last 10 years.

This super-secret mission happened on October 7, 2017, when a group of more than 80 actors and filmmakers all came together on the Atlanta, Georgia, set of Marvel Studios’ Avengers: Infinity War. 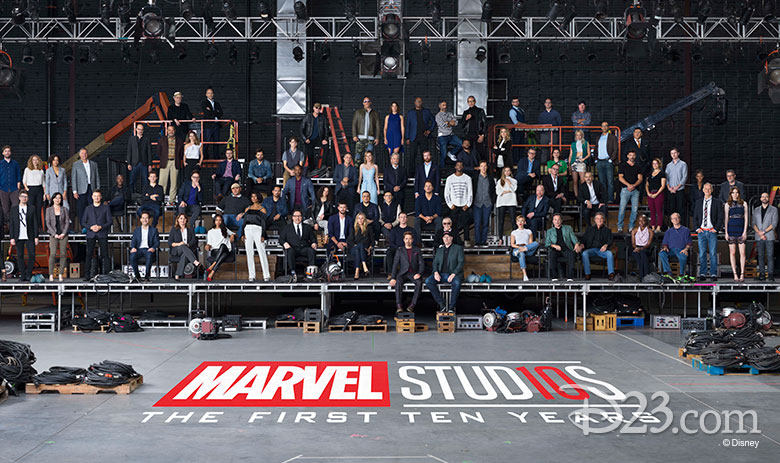 As part of this celebration that is as almost as big as the group in the photo, the Marvel 10-Year Sweepstakes is a special event that will take place across social media and last for five weeks, from February 8 to March 15. Each week of the sweepstakes features a different Marvel Cinematic Universe film. Fans can post a photo of themselves on Twitter or Instagram and/or tweet their favorite personal memory from the film of the week using the film hashtag and #Marvel10YearSweepstakes to be entered for a chance to win.

Each week, a drawing will take place, and a winner will be selected. The weekly winner will receive the Ultimate Marvel Fan prize package, including Marvel Studios’ Captain Marvel set visit; Marvel Studios visit and tour; tickets to Marvel Studios’ Avengers: Infinity War premiere; all transportation and lodging; and more. Full prize details, information on how to enter, and official sweepstakes rules can be found at: www.marvel.com/10YearSweepstakes

Marvel Studios’ 10th anniversary begins with a movie appropriate of the cosmic scale of the MCU— Avengers: Infinity War—and the celebration will continue to cover an impressive decade of Marvel Studios’ blockbusters released from 2008 through the Avengers untitled film in 2019. It’s a good time to be a Super Hero fan: In celebration of the anniversary, expect exclusive consumer products and collectibles, along with in-theater events and so much more in the coming months!

Marvel Studios’ unprecedented success over the last 10 years is reflected in its cumulative box-office receipts of more than $13.5 billion worldwide. It’s a super-big number for a super-big fan base. The story of the Super Hero is timeless, and across Marvel’s impressive film history, we can all find a character who brings out the hero inside of each and every one of us.