We’ve waited a whole year to discover what happens to our favorite Super Heroes in Avengers: Endgame after the shocking ending to Avengers: Infinity War. While we’re counting down the days till April 26, let’s take a look back at six times Disney films and television shows left us desperate to know what would happen next. Grab your popcorn and find yourself a comfy seat (or the edge of one, anyway) as we take a trip down memory lane.

This article contains spoilers for all of the shows and films mentioned below, so read on with caution! 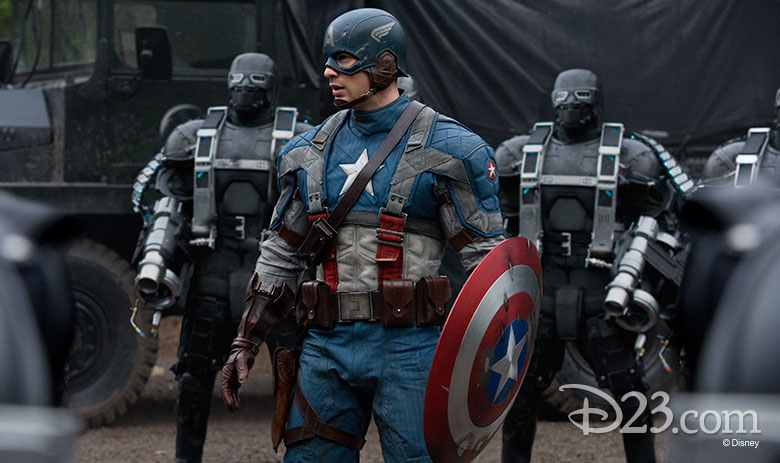 1. Captain America: The First Avenger
Nowadays, Marvel movies are famous for their cliffhangers and plot twists, but back before Thanos made his deadly snap, fans were on the edge of their seats from one particularly chilly turn of events.

Captain America: The First Avenger introduced us to Steve Rogers, the scrawny kid from Brooklyn who—thanks to some top-secret science—was transformed into Captain America! This film was our first chance to fall in love with Cap’s heroism and kind spirit—but it was also a chance to experience the emotion and heartbreak the MCU has become famous for, as the ending of the movie brought us the famous scene of Steve giving his last goodbyes to his love, Peggy Carter, before crashing his plane, never to be seen again… or so we thought! Steve’s brave sacrifice (his plane was loaded with the Red Skull’s deadly bombs that needed to be neutralized) saved us all, but also kept him perfectly frozen, only to be discovered in the present day.

While Marvel was already playing with our emotions thanks to the final scene of Cap rushing into the streets of modern New York City only to discover he’s been comatose for 70 years, if you stayed through the end credits (as all good Marvel fans should!) you’d soon discover Nick Fury offering Cap a chance to save the world—with the Avengers! We were desperate to know what would happen when our favorite Super Heroes finallyteamed up to save the day in 2012’s groundbreaking Marvel’s The Avengers! 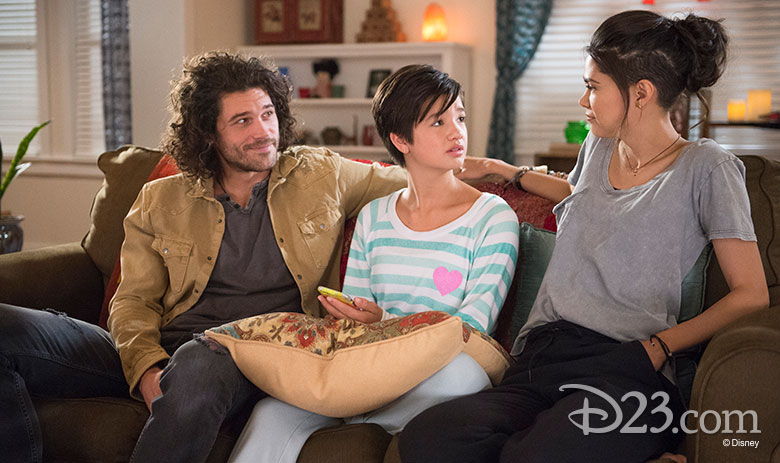 2. Andi Mack
“The Cake That Takes the Cake”

It was the “Um” heard around the world.

Who could forget the season 2 finale of Disney Channel’s Andi Mack?In the very appropriately titled finale “The Cake That Takes the Cake,” Bex and Andi conspire together to plan the perfect proposal for Bex to give to Andi’s dad, Bowie. But, before they can finish the plan, Bowie makes a startling announcement that foils everything, leaving all of us on the final word of the season, “Um.” What follows that jaw-dropping utterance by Andi isn’t the only thing Andi Mack fans have been waiting to hear about.

We’re all anxiously waiting to see what season 3 holds for Cyrus and Buffy, as well as Cece, now that she can settle into the role of grandmother instead of parent. (Actress Lauren Tom promises a whole new look, and we are so excited to fall in love with her all over again!) 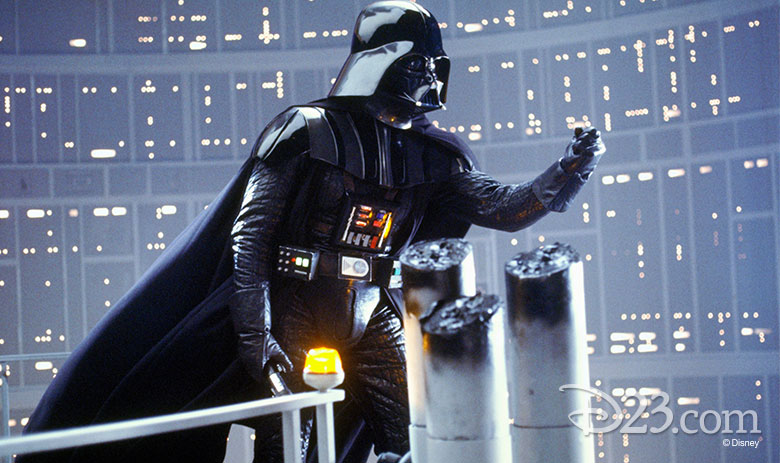 3. Star Wars: The Empire Strikes Back
Stop reading if you don’t want Star Wars spoilers—also, maybe consider coming out from that rock you’ve been hiding under since 1980. (You’ve got a lot of Disney movies to catch up on!) Is this the most famous cliffhanger of all time? We might be a little biased, but the ending to The Empire Strikes Backis probably one of the most thrilling ever! Luke rushes to rescue Leia and Han from Darth Vader’s deadly ambush, but it’s too late! Han gets frozen in Carbonite after admitting that “he knows” Leia loves him. Luke duels with Darth Vader in the air shafts of Cloud City and discovers the truth—Darth Vader is his father. Leia and Luke use telepathy to communicate with each other. By the end of the film, they’ve lost a team member, Luke’s lost a hand, and we’ve lost any idea of what could happen in the next movie.

What seems like common knowledge now (after all, there’s a whole trilogy exploring Anakin Skywalker’s journey to the Dark side) was originally an Earth-shattering way to end a film—and still remains today one of the best cliffhangers in movie history. 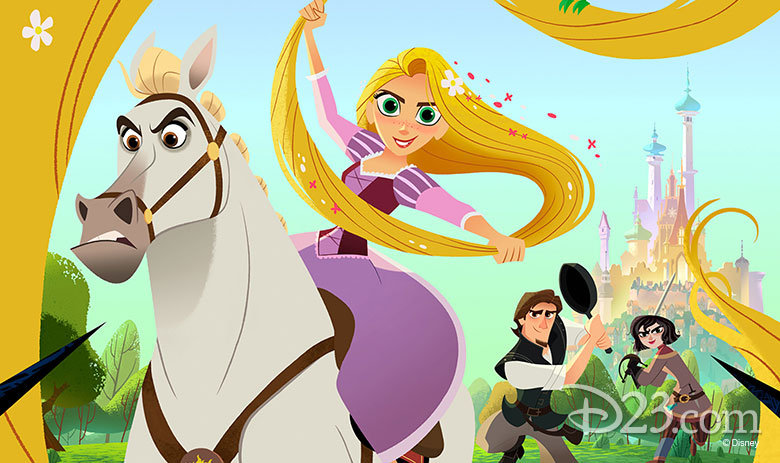 Rapunzel, Eugene, Pascal, Cass, Lance, and Shorty find themselves stuck in the seashell-shaped “House of Yesterday’s Tomorrow,” where Cass, Shorty, and Lance are magically turned into children. It’s up to Rapunzel and Eugene to look after them for the day, while Matthews, the inn keeper, plans to keep them trapped longer than expected.

The most painful part? We still don’t know how this all plays out for our ragtag fairytale team! We, for one, can’t wait to see where this misadventure leads the entire group. 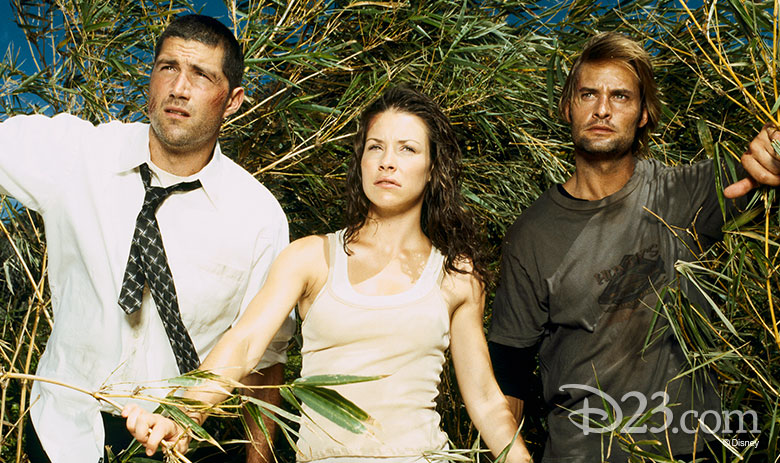 As we looked through all of our favorite Lost cliffhangers, we found it almost impossible to pick just one. But of course, the three-part finale of season one is a classic. While we’re sure no Lost fans could ever forget that record-breaking premiere, here’s a little refresher of what the first cliffhanger finale of the debut season held.

“Exodus: Part 1, 2, and 3” are packed full of answers, and hints to more questions, for our island survivors. But the main question of the episodes, and perhaps the entire first season, is just what the cloud of smoke is. With the Monster closing in, Jack, Kate, Locke, and Hurley decide that the only way the stranded passengers of Oceanic Flight 815 can survive is to get down inside a mysterious hatch.

As the camera slowly goes down a seemingly endless tunnel underground, fans were left to wonder what Jack, Kate, Locke, and Hurley were looking at. 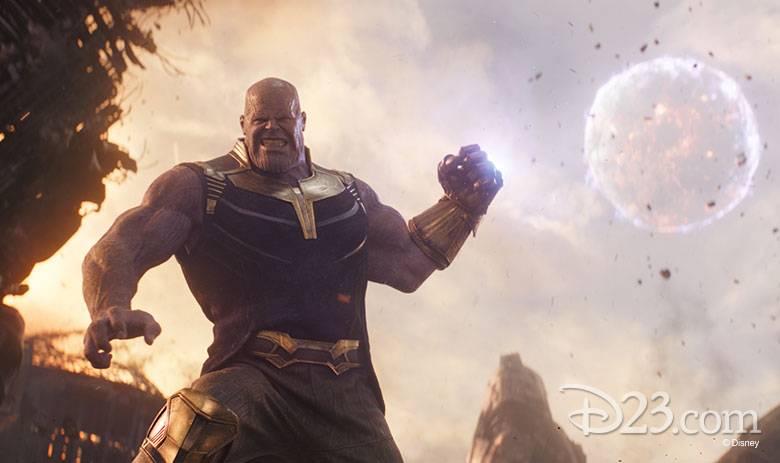 6. Avengers: Infinity War
We can’t end a list of our favorite Disney cliffhangers without the snap heard ‘round the world (universe). Last April, audiences everywhere were shocked when Thanos completed his collection of Infinity Stones and snapped half of everything out of existence! Black Panther, Spider-Man, Bucky—none of our favorites were safe from turning to dust, and our remaining heroes were left with the ultimate defeat.

Will our favorite heroes be brought back to life? Can the remaining Avengers defeat Thanos, even though he has all the power of the universe at his fingers? Will we be able to keep ourselves from crying during the movie? All questions will be answered soon, as long as we can make it to April 26! 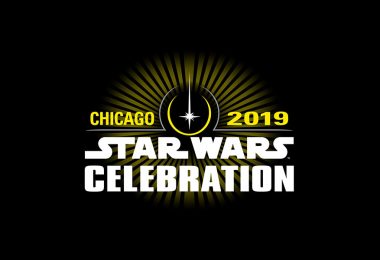 Everything You Need to Know About Star Wars Celebration Chicago 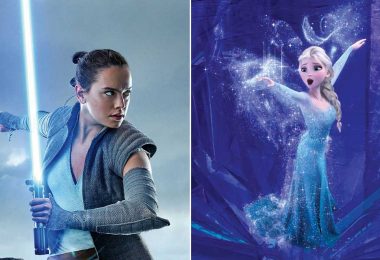