Your favorite gumshoes are back for more adventure, and get ready for a celebration of movie dancing with Derek and Juliane Hough!

It’s a comeback 30 years in the making… Earlier this week, our pals at Disney+ released the first trailer (and a new poster) for the original movie Chip ‘n Dale: Rescue Rangers.

The hybrid live-action/CG animated action-comedy catches up with the former Disney Afternoon television stars in modern-day Los Angeles, where they’re living amongst both cartoons and humans—but their lives are decidedly different now. It’s been decades since their successful TV series was canceled, and Chip (voice of John Mulaney) has succumbed to a life of suburban domesticity as an insurance salesman; meanwhile, Dale (voice of Andy Sandberg) has had CGI surgery and works the nostalgia convention circuit, desperate to relive his glory days. But when a former cast mate mysteriously disappears, Chip and Dale must repair their broken friendship and take on their Rescue Rangers detective personas once again to save their friend’s life.

As we sail into President’s Day weekend, there’s a lot to look forward to from around the worlds of Disney… Get comfy and explore all the magic of the winter season with the Disney+ debut of The Wonderful Winter of Mickey Mouse on Friday; tune in for the broadcast premiere of Ahmir “Questlove” Thompson’s Oscar®-nominated documentary Summer of Soul (…or, When the Revolution Could Not Be Televised) on ABC this Sunday night; and so much more.

In anticipation of the 94th Oscars® airing on ABC next month, Emmy® Award-winning choreographers and professional dancers Derek Hough and Julianne Hough (Dancing with the Stars) are recreating the most legendary cinematic performances in an all-new one-hour special, Step Into…The Movies with Derek and Julianne Hough.

The special will feature a sure-to-be-fabulous star-studded cast—to be announced at a later date—of singers, dancers, actors, and film legends. Reimagined through a modern lens, the performances will draw inspiration from iconic films including Singin’ in the Rain, Moulin Rouge, Beauty and the Beast, Chicago, Dirty Dancing, Saturday Night Fever, and La La Land.

Here from the brother-sister duo in the teaser clip above—and tune in for all the tuneful fun when Step Into…The Movies with Derek and Julianne Hough premieres on Sunday, March 20, at 10 p.m. EDT, only on ABC.

Our friends at Disney Cruise Line just revealed some truly amazing new entertainment options coming to the Disney Wish, which is gearing up to set sail this July. Picnicking with Olaf? Delicious treats themed to the emotions of Inside Out? All that, and so much more! Read up on what guests can expect by clicking here. 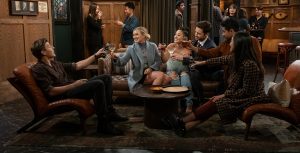 Hulu’s How I Met Your Father—Returning for Season 2!

Big news, How I Met Your Father fans: Hulu has renewed the series for a 20-episode second season! The first season of the Hilary Duff-led comedy debuted on Hulu on Tuesday, January 18.

In the near future, Sophie is telling her son the story of how she met his father: a story that catapults us back to the year 2022, where Sophie and her close-knit group of friends are in the midst of figuring out who they are, what they want out of life, and how to fall in love in the age of dating apps and limitless options.

We’re still a-twitter from all the excitement of last weekend’s Big Game, and part of that is reveling in the incredible trailers from around the worlds of Disney that premiered during the pigskin proceedings. Missed ’em the first time around? (That’s okay; not everyone is a sports fan!) Or just want wanna relive the fun? Take a gander at our rundown, complete with the clips themselves, right here at D23.com. 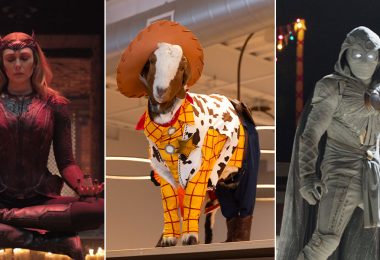 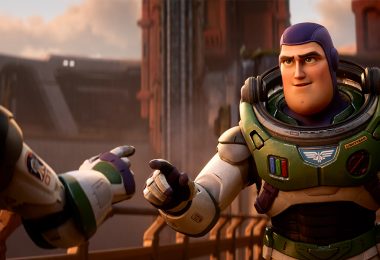 Beyond Infinity with New Lightyear Trailer—Plus More in News Briefs