As far as we’re concerned, the MVPs of Sunday’s Big Game were Doctor Strange, Moon Knight... and GOATS. Not only did Marvel Studios debut fresh looks at two of its most anticipated projects of the year, Doctor Strange in the Multiverse of Madness and Moon Knight, but actress Awkwafina helped Disney+ introduce Disney fans to the literal GOATS. If you missed the game—or if you just want to take another look—we’ve got you covered!

The brand-new trailer for Doctor Strange in the Multiverse of Madness took millions of viewers on a mind-blowing whirlwind through the Multiverse. In the film, releasing in theaters on May 6, 2022, the MCU unlocks the Multiverse and pushes its boundaries further than ever before. Doctor Strange (Benedict Cumberbatch) journeys into the unknown with the help of mystical allies both old and new, traversing the mind-bending and dangerous alternate realities of the Multiverse to confront a mysterious new adversary. 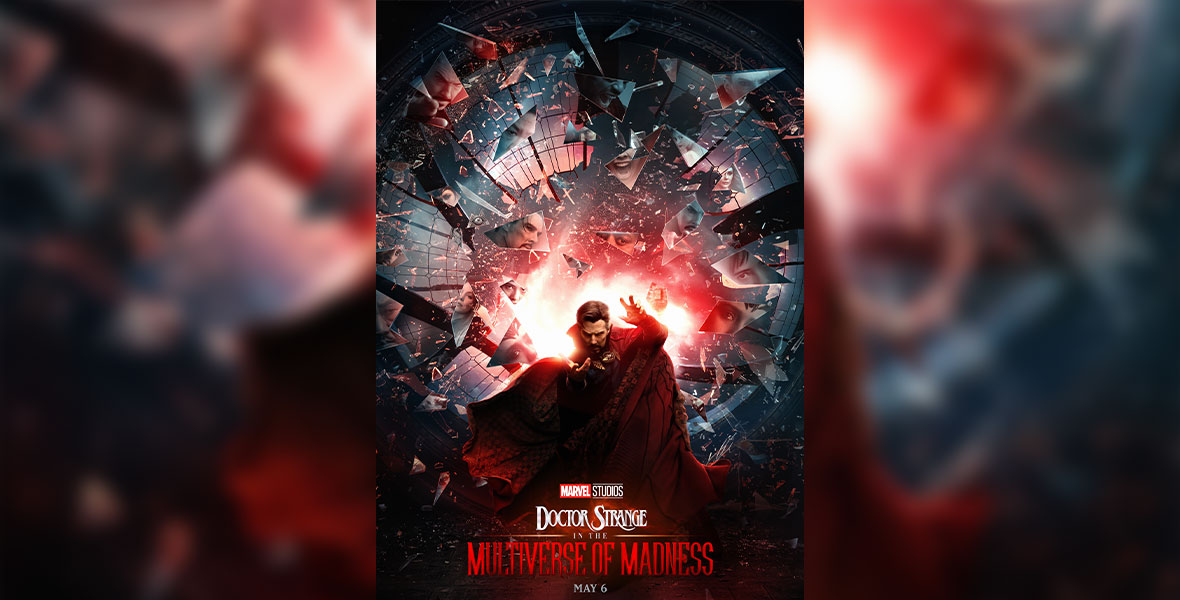 In addition, the action-packed Moon Knight TV spot offered a thrilling look at the next original series from Marvel Studios exclusively for Disney+. The streamer also shared a poster for the series, which brings a Marvel Super Hero to the screen for the first time.

The story of Moon Knight follows Steven Grant (Oscar Isaac), a mild-mannered gift-shop employee who becomes plagued with blackouts and memories of another life. Steven discovers he has dissociative identity disorder and shares a body with mercenary Marc Spector. As Steven/Marc’s enemies converge upon them, they must navigate their complex identities—all while being thrust into a deadly mystery among the powerful gods of Egypt. 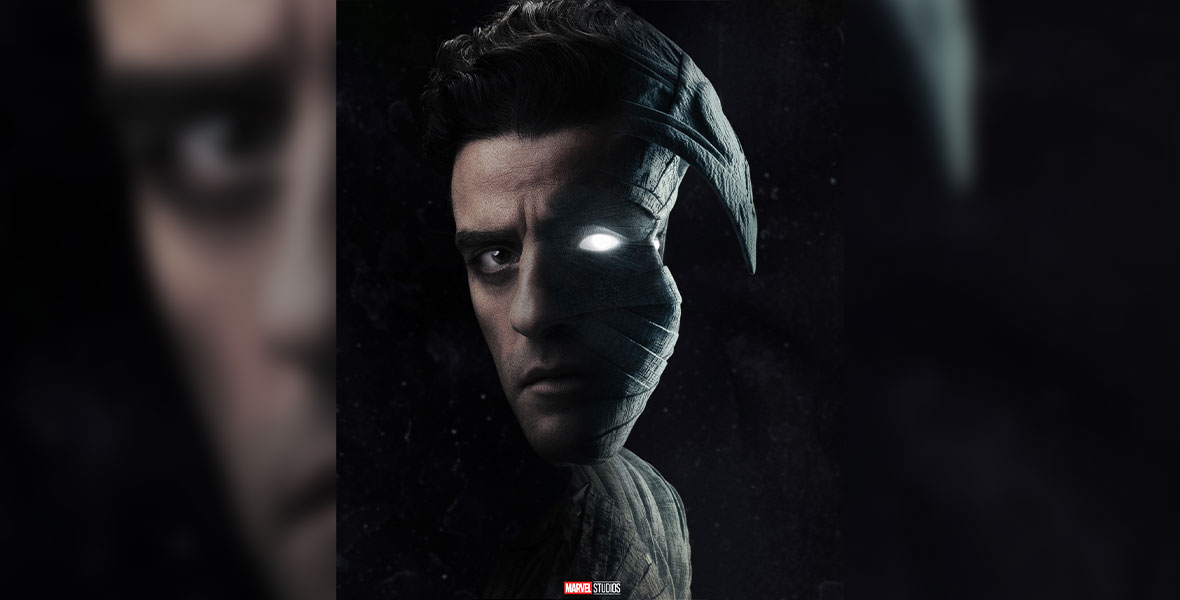 Last but certainly not least, Disney+ debuted a new spot during Sunday’s Big Game in which Awkwafina, star of Shang-Chi and The Legend of the Ten Rings and voice of Sisu in Raya and The Last Dragon, shared that the streamer has the greatest movies and shows of all time—the literal GOATs. The promo took fans through the Disney+ offices, which are revealed to be the home of the GOATs from Disney, Pixar, Marvel, Star Wars, and National Geographic. More than 30 goats can be seen in the promo, representing many fan-favorite characters including Captain America, Chewbacca, Cruella, Woody, and Homer Simpson.

The GOATs are ready for their close-up! Take a look at the new character posters: 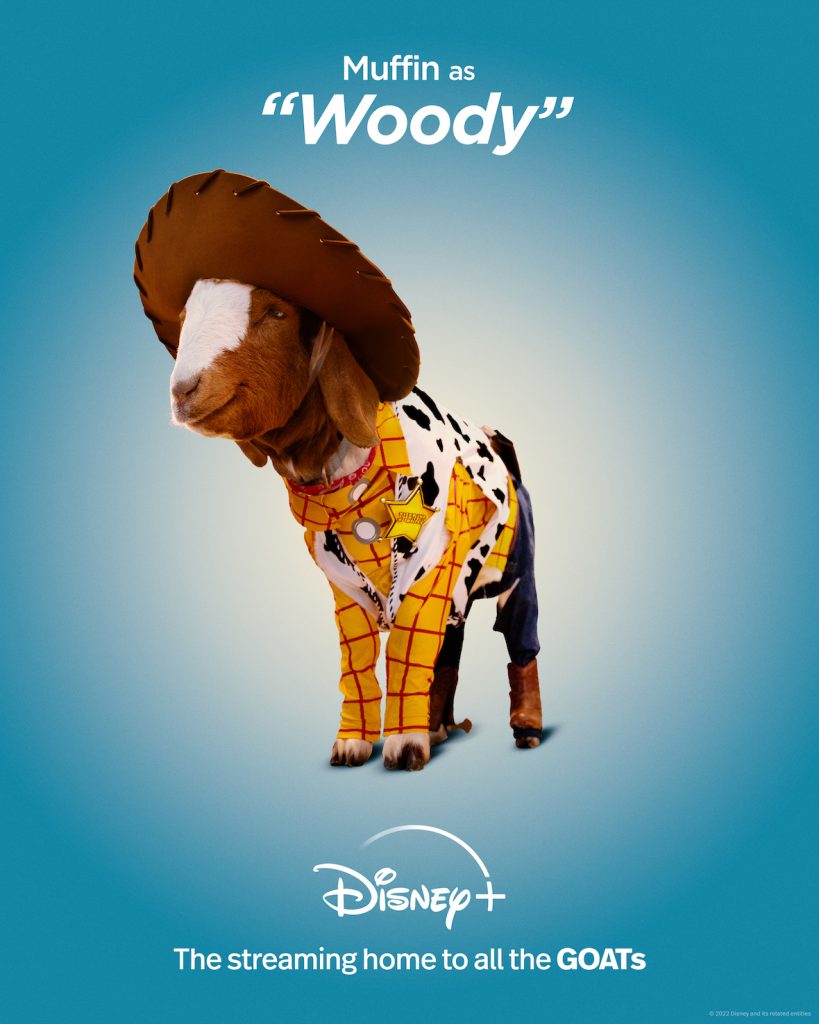 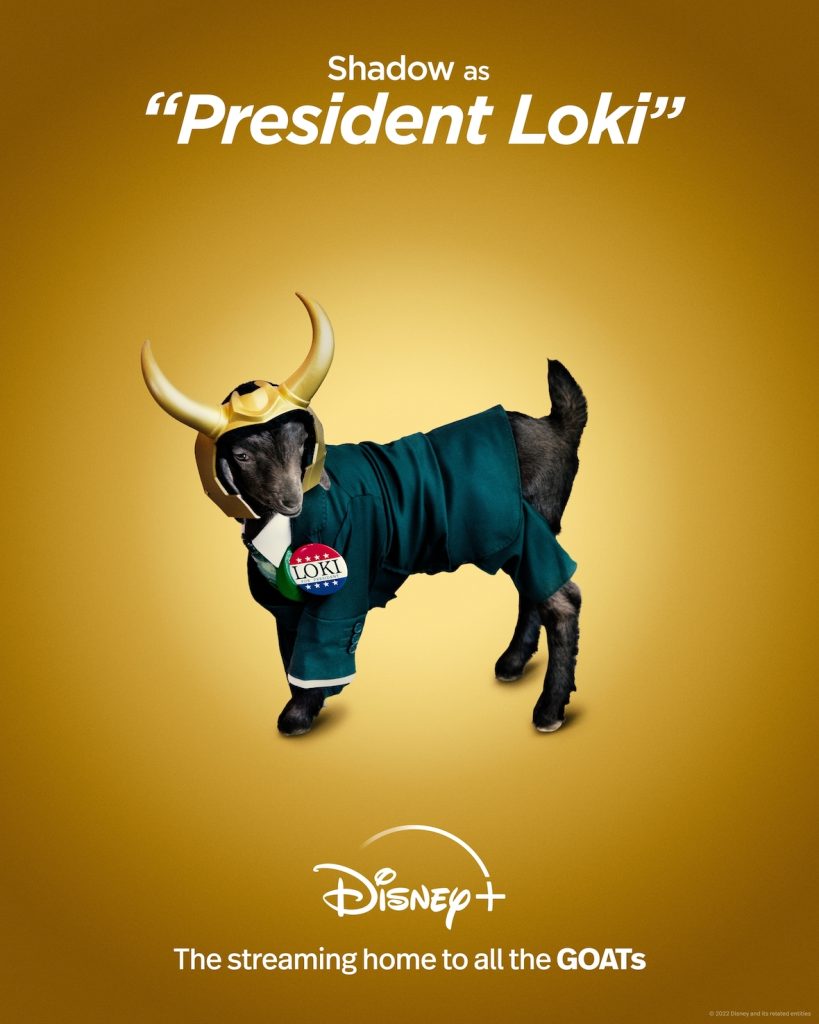 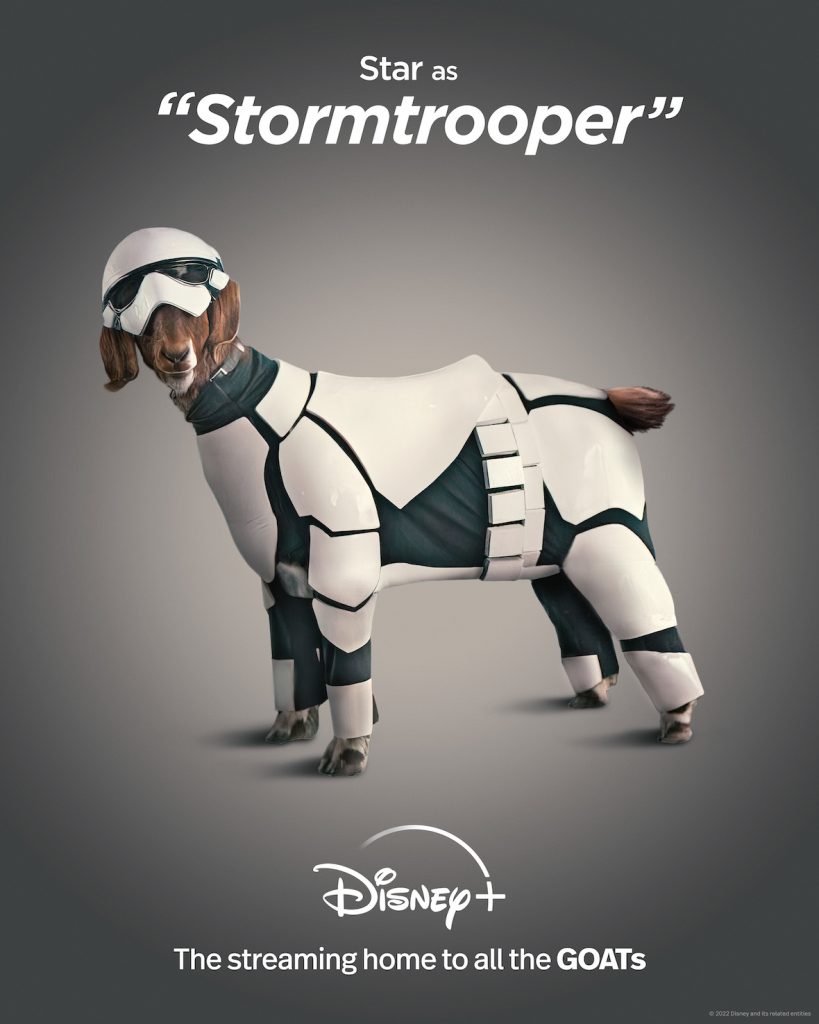 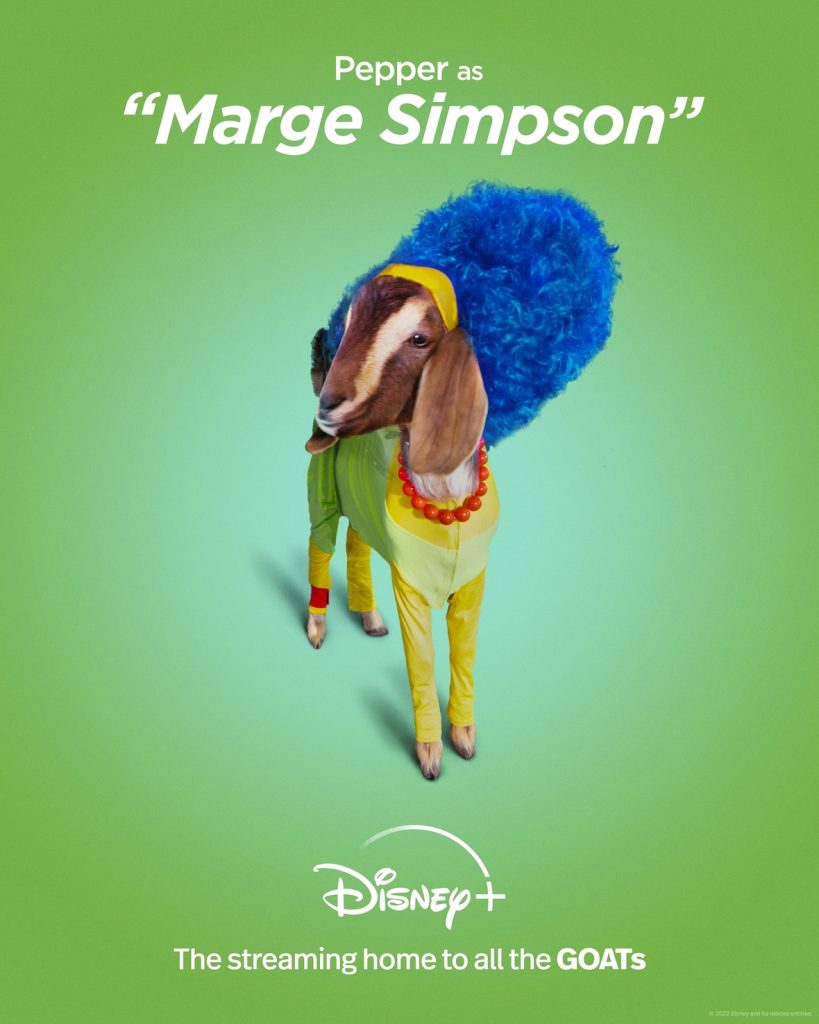 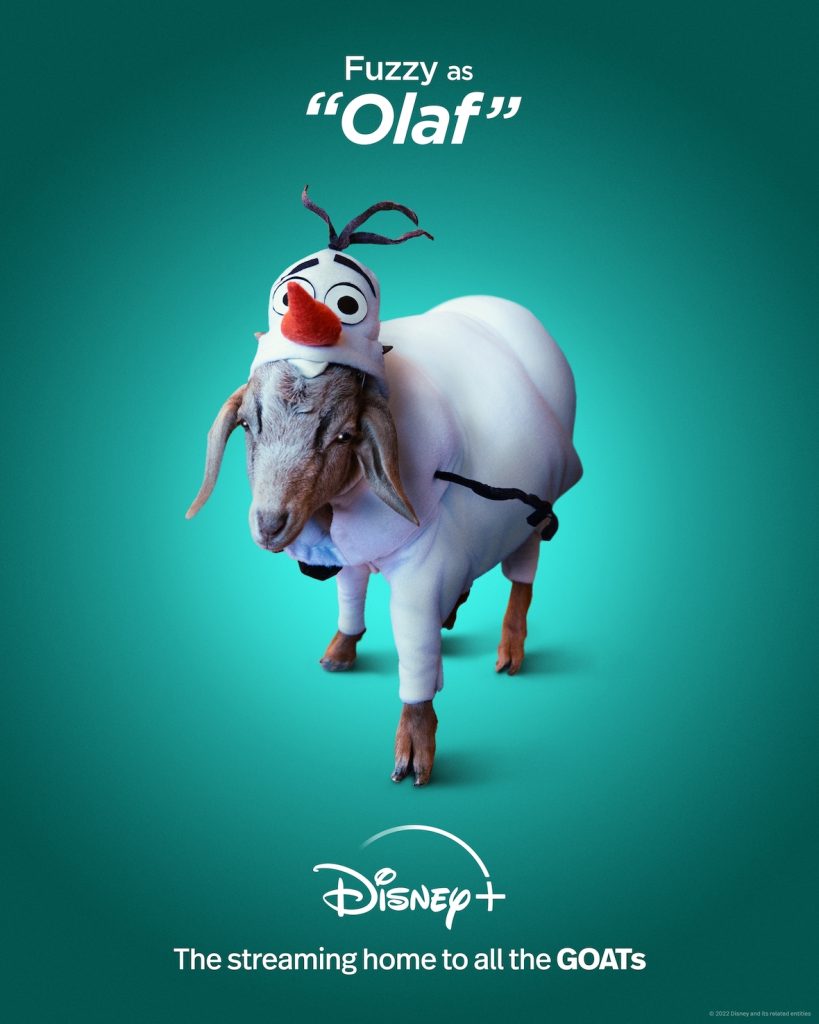 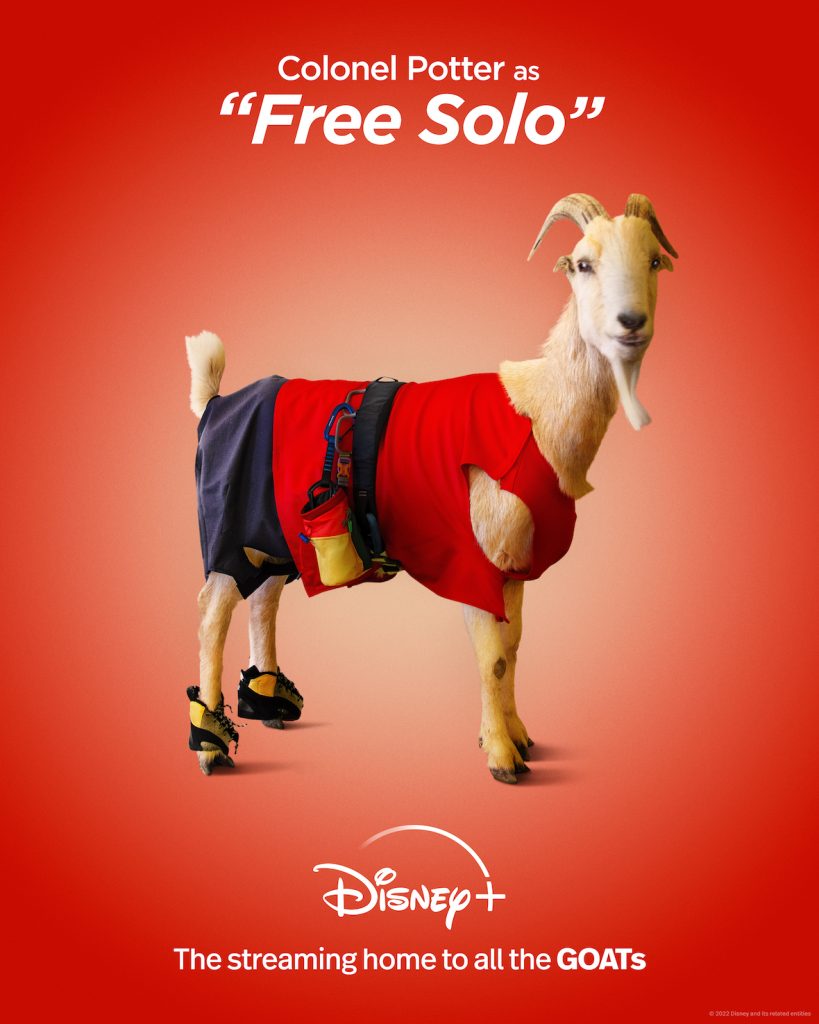