Disneyland Resort has a fabulous summer planned, and Frozen on Broadway announces its cast… Read more, along with other news from around Disney, in this week’s news briefs! 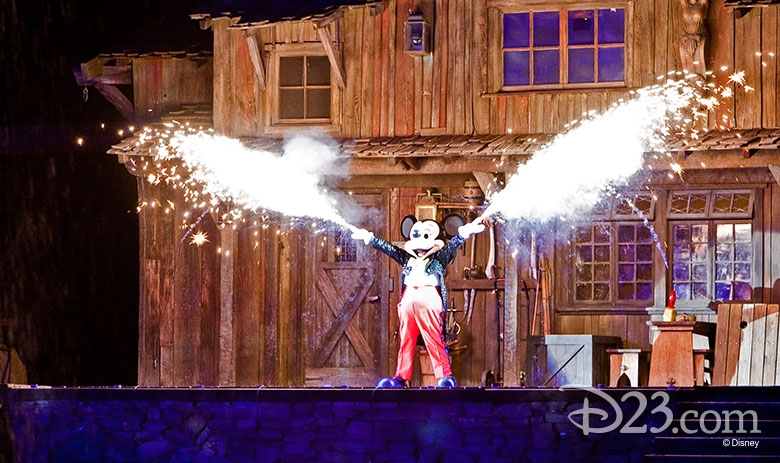 Tons of New Disneyland Fun This Summer… Don’t Miss It!

Planning a trip to Disneyland Resort this summer? We don’t blame you. There are all kinds of seriously amazing additions (attractions, shows, and more!) coming to both Disneyland and Disney California Adventure parks as we head into mid-2017; read all about it right here. We’re especially excited for the updates to Fantasmic! 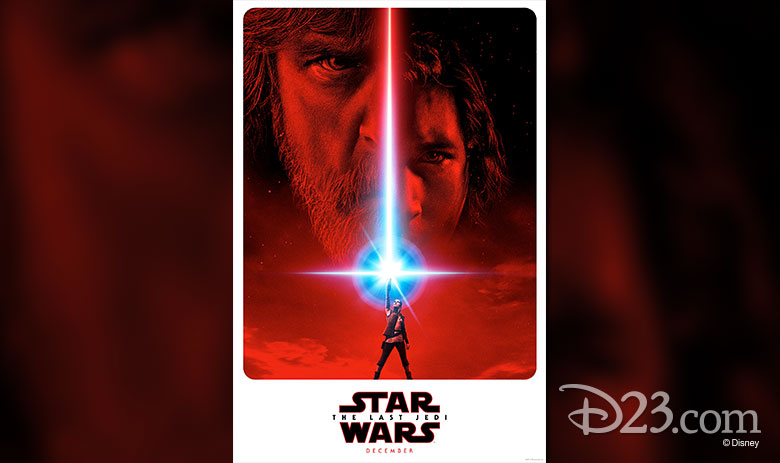 This Star Wars: The Last Jedi Trailer Will Give You All the Feels

In case you didn’t attend last weekend’s Star Wars Celebration in Orlando, and/or have had little access to the Interwebs these last few days (hey, it happens!), we’re here to help. Stop everything you’re doing and check out the brand-new Star Wars: The Last Jedi trailer… Our suggestion: Find a comfy chair, open a bottle of Yatooni Boska (a favorite at Chalmun’s Cantina on Tatooine), and prepare to have your mind blown. 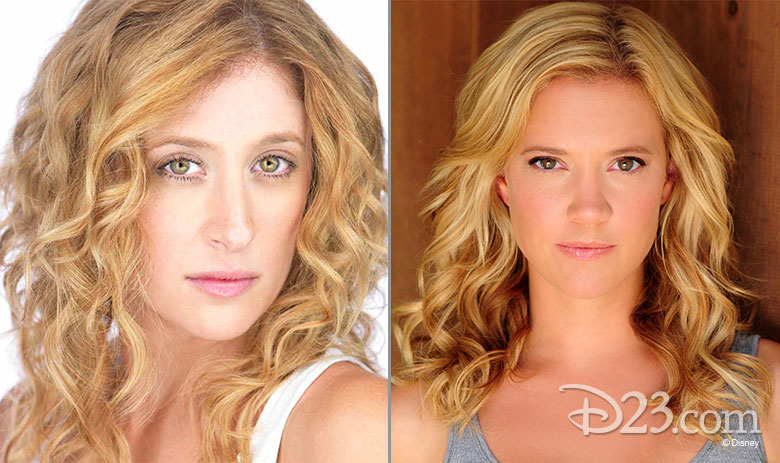 Anna and Elsa are coming to the Great White Way: Principal casting has just been announced for Disney’s new Broadway musical, Frozen! Caissie Levy (pictured above left) (previously seen on Broadway in Wicked, Ghost, and the 2014 revival of Les Miserables) will star as Elsa, while Patti Murin (pictured above right) (Broadway’s Lysistrata Jones and Xanadu) stars as Anna. Joining them in Arendelle are Jelani Alladin (making his Broadway debut) as Kristoff, Greg Hildreth as Olaf, John Riddle as Hans, and Robert Creighton as Duke of Weselton.

Directed by Tony® winner Michael Grandage, with choreography from Tony winner Rob Ashford, Frozen will get an “out-of-town tryout” production at the Buell Theatre in the Denver Center for the Performing Arts from August 17 through October 1, 2017—with an expected Broadway premiere (at the St. James Theatre) in spring 2018. Check out FrozenTheMusical.com for more… including NYC ticket-purchasing info as it becomes available. 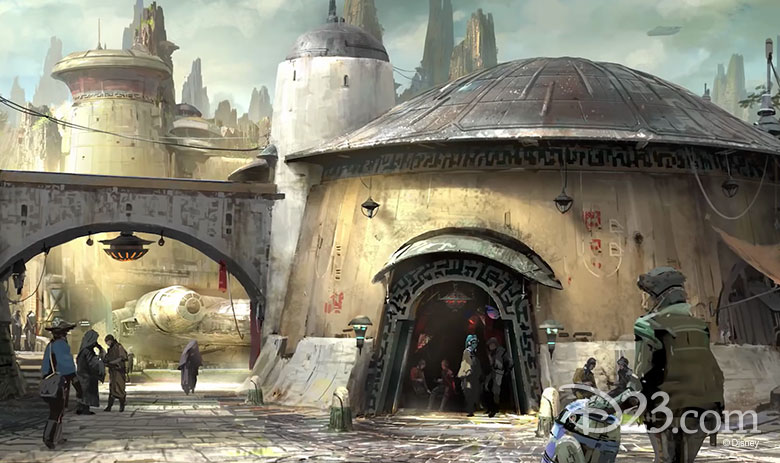 Besides the wonderful “disturbance in the Force” that was the Star Wars: The Last Jedi trailer release, the Star Wars Celebration also offered up some great details about the new Star Wars-themed lands coming to Disneyland Park and Disney’s Hollywood Studios. Get a glimpse at the galactic adventures to come, here. 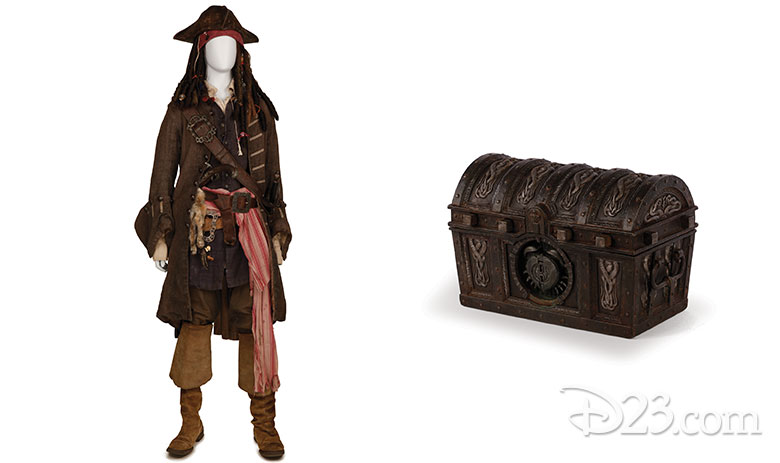 Get Your Pirates Fix at This Year’s D23 Expo

The Walt Disney Archives just announced the theme of their sure-to-be-incredible exhibit at this year’s D23 Expo! “Walt Disney Archives Presents—A Pirate’s Life for Me: Disney’s Rascals, Scoundrels and Really Bad Eggs” will celebrate some of Disney’s most popular pirates. Read all about it right here. 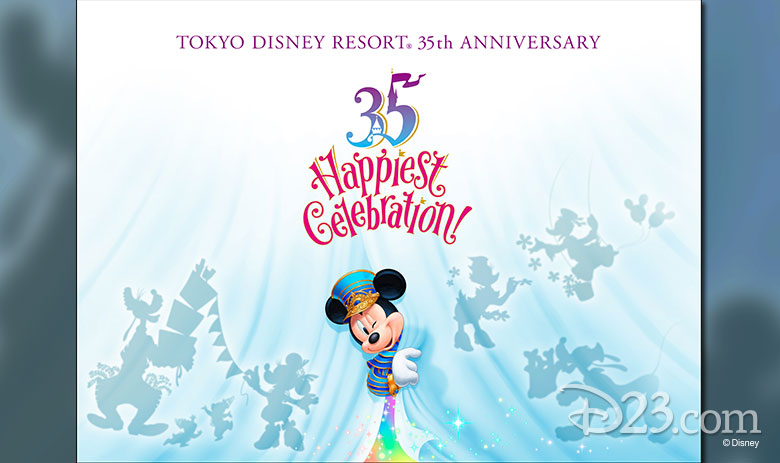 Big news from our friends at Tokyo Disney Resort: A major celebration is on the horizon! In honor of the 35th anniversary of the resort’s grand opening, the “Tokyo Disney Resort 35th Anniversary ‘Happiest Celebration!’” will be held from April 15, 2018, through March 25, 2019. In spring 2018, a new daytime parade will kick off the anniversary party at Tokyo Disneyland Park, and the iconic it’s a small world attraction will open after undergoing extensive renovations. New nighttime entertainment at Cinderella Castle will thrill park guests that summer; the castle will be magically transformed while Mickey Mouse, as a “conductor,” creates a fantastic spectacle of music and visuals.

Tokyo Disneyland and Tokyo DisneySea will both feature new entertainment, special merchandise, and special menu items—all to celebrate the momentous occasion! Look for more information as it becomes available.

Ready for yet another awesome announcement out of Star Wars Celebration? Promising an action-packed storyline for the show’s final season, executive producer Dave Filoni delivered news of the must-see conclusion, alongside the voice cast of the Ghost crew—including Freddie Prinze Jr., Tiya Sircar, Taylor Gray, Vanessa Marshall, and Steve Blum. Check out the just-released teaser trailer, above!

Now in production, the fourth and final season of Star Wars Rebels will premiere this fall on Disney XD and conclude the thrilling and inspiring galactic adventures of fan-favorites like Ezra Bridger, Sabine Wren, and the entire Ghost crew as the series draws ever closer to the events of Star Wars: A New Hope. Keep your eyes peeled for more info in the coming months…

Marvel’s Guardians of the Galaxy: The Telltale Series—Now Available!

Need something to tide you over ‘til Star-Lord, Gamora, Drax, Rocket, and Baby Groot make their way back to the big screen in May? Check out Marvel’s Guardians of the Galaxy: The Telltale Series, a new hybrid series/video game that was launched on April 18. Take a gander at the game’s official launch trailer, above.

Marvel’s Guardians of the Galaxy: The Telltale Series is a brand-new story of the universe’s unlikeliest superheroes as they discover an artifact of unspeakable power. Each of them has a reason to desire this relic—as does a ruthless enemy who is the last of her kind, and who will stop at nothing to tear it from their hands. From Earth to the Milano to Knowhere and beyond, and set to the beat of totally awesome music, the player will wear the rocket-powered boots of Star-Lord in an original Guardians adventure… and their decisions and actions will drive the story! Look for it on the PlayStation®4 computer entertainment system, Xbox One®, Windows PC, and Mac, as well as available for download on the App Store® and Google Play™. Visit Telltale.com for more details. 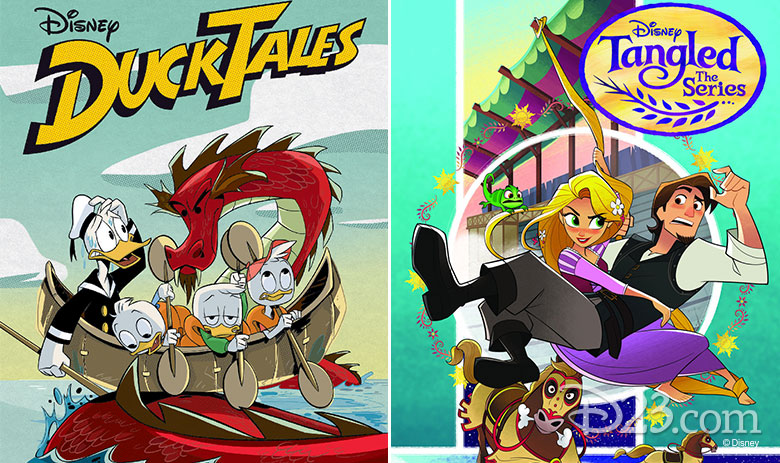 We’re ridiculously excited about the new DuckTales series coming to DisneyXD, so this tidbit of info really tickles our fancy: IDW will be premiering a DuckTales tie-in comic series this summer. This means more Scrooge McDuck shenanigans than you can shake a bag of doubloons at!

But not only that, IDW will also be kicking off a Tangled collection of comics, based on the new Tangled: The Series! Tangled: Adventure Is Calling will begin with an original graphic novel due out in August, and will follow the continuing adventures of Rapunzel, Eugene (the former Flynn Rider), Pascal, Maximus, and their new friend Cassandra.

Sounds like a trip to your local comic book store is in order!