Later this week, ABC will broadcast the animated and live-action blended special Beauty and the Beast: A 30th Celebration... but before you can say “bonjour,” D23: The Official Disney Fan Club can exclusively announce that Disney Legend Paige O’Hara and Richard White will cameo in the star-studded spectacle! Presented by The Wonderful World of Disney, the two-hour reimagining of the beloved story Beauty and the Beast was taped in front of a live audience at Disney Studios and will air Thursday, December 15, at 8 p.m. ET/PT on ABC and will be available stream on Disney+ Friday. (Pre-save music from the special before the album debuts on Thursday, December 15.) 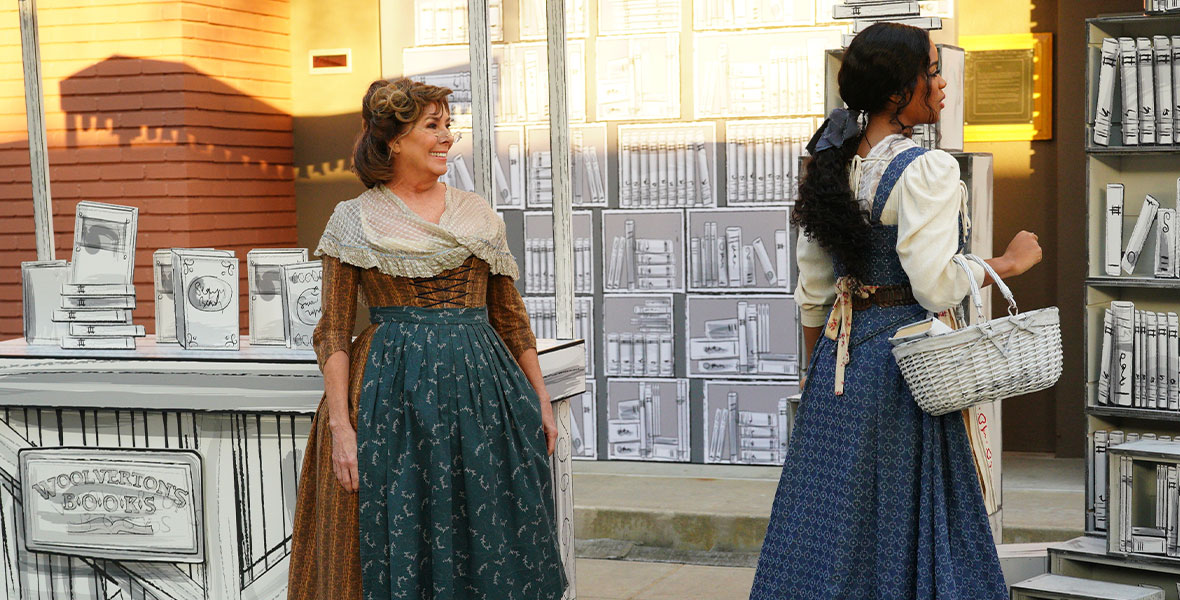 O’Hara and White’s cameos should delight fans of Walt Disney Animation Studios’ 1991 animated feature film Beauty and the Beast, as they voiced Belle and Gaston, respectively. In Beauty and the Beast: A 30th Celebration, O’Hara will play a librarian, while White will play a baker. The two stars will appear in the opening number, “Belle.” Keep an eye out for some additional Easter eggs, like the sign for Woolverton’s Books (above), which is named after Linda Woolverton—who wrote the screenplay for the classic film. 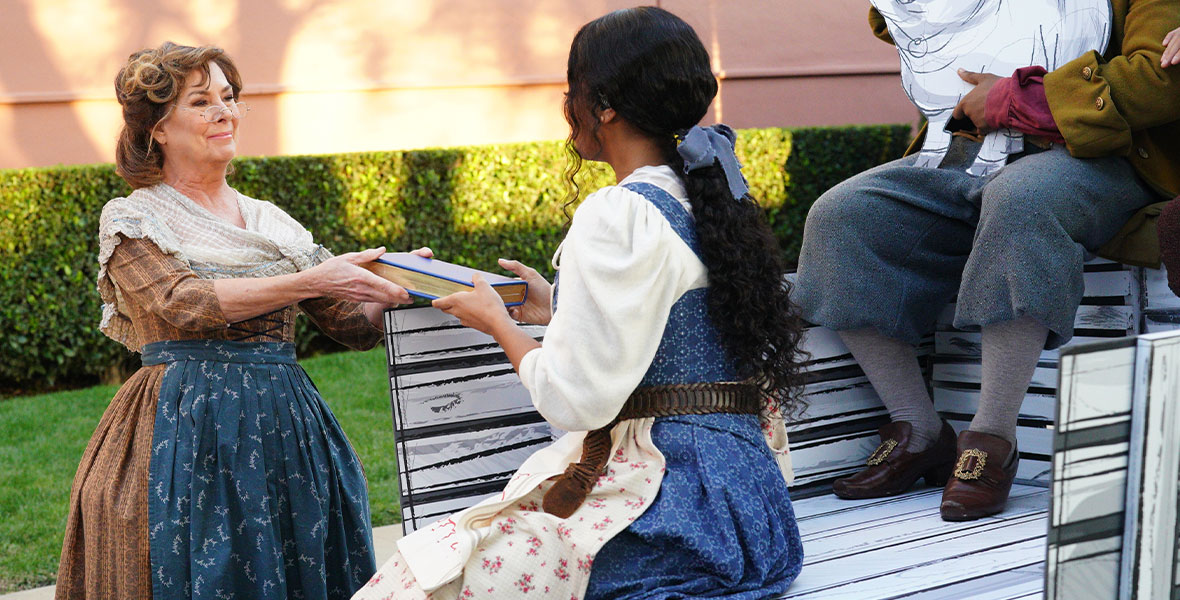 Not only that, but Disney Legend Alan Menken, composer of the original animated film, will also makes a fun cameo in “Belle.” Look for him playing piano on the song! 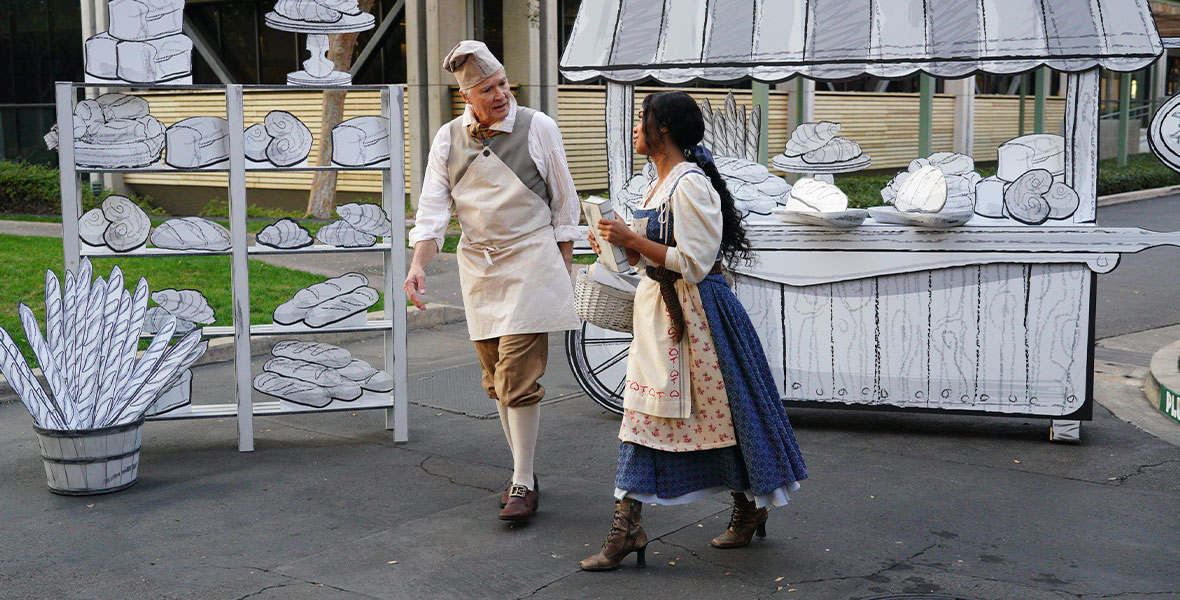 This year marks the 30th anniversary of when Beauty and the Beast became the first animated film to be nominated for Best Picture at the Academy Awards. The film went on to win the Golden Globe® Award for Best Motion Picture – Musical or Comedy, while the song “Beauty and the Beast” won the Oscar® for Best Original Song in 1992. 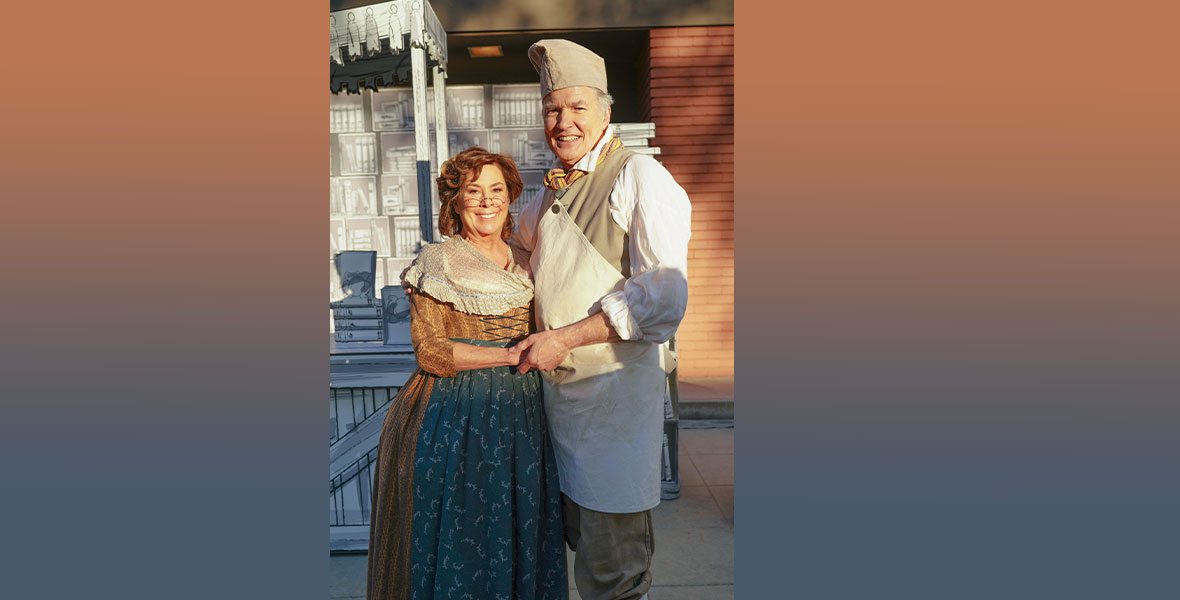 Jon M. Chu, who is in an overall deal with Disney Television Studios, executive produces Beauty and the Beast: A 30th Celebration, with Hamish Hamilton directing and executive producing. Caitlin Foito, Raj Kapoor, Richard Kraft, and Katy Mullan are also executive producers, and H.E.R. is a producer. Done+Dusted, in association with Walt Disney Television Alternative and Electric Somewhere, are producing the special. The creative team for Beauty and the Beast: a 30th Celebration includes set designer Julio Himede, choreographer Jamal Sims, and costume designer Marina Toybina. 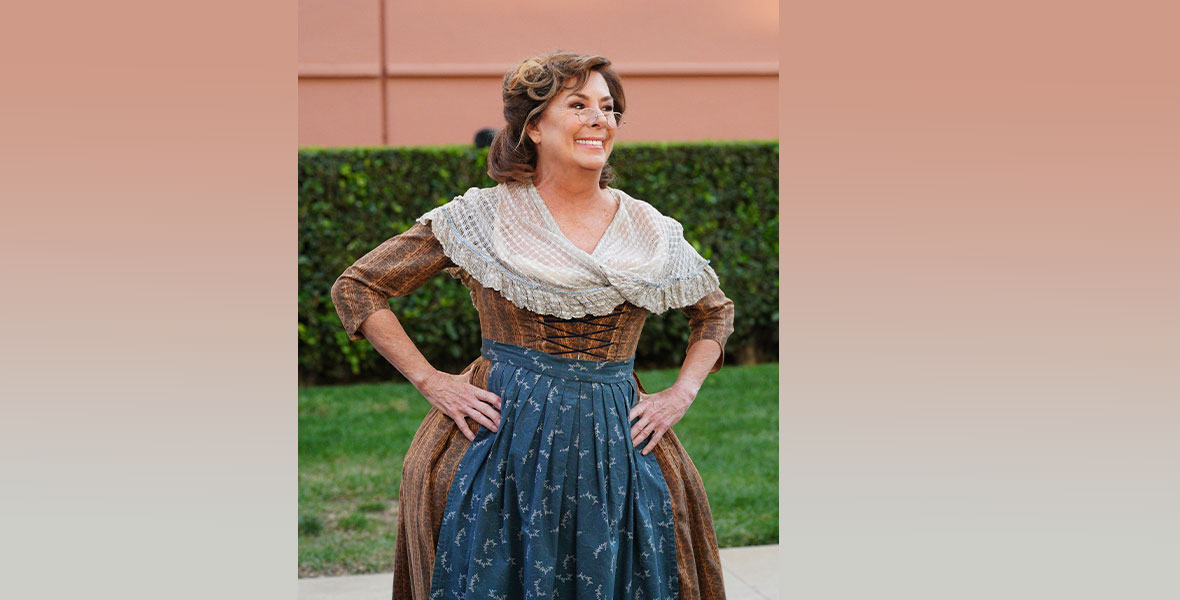 “Beauty and the Beast is a timeless story and we’re so fortunate to work with creative mastermind Jon M. Chu and veteran director Hamish Hamilton to bring a modern twist to this beloved classic for an unforgettable night of Disney magic,” Craig Erwich, president, Hulu Originals and ABC Entertainment, said earlier this year. “Stacked with unforgettable performances, this will be a must-see special event for fans of the original and for the new generation being introduced to this cherished tale.”

“Beauty and the Beast was always a game-changing cinematic experience for me,” Chu added. “When the animated movie came out, I watched it multiple times in the first weekend. It showed me the outer limits of what animated artists and storytellers could achieve, so the fact that I get to executive produce a tribute to all the creatives that made this masterpiece through our Electric Somewhere company is a dream I didn’t even think was possible. With world-class creatives and talent to reinterpret the classic musical numbers (with a few surprises), I can’t wait for the audiences, in person and at home, to experience what we have in store for them. It’s a true celebration of creativity.”