Disney+ subscribers are in for a treat before, during, and after Disney+ Day!

In celebration of Disney+ Day on Thursday, September 8, fans will be able to stream new library and Original titles including Assembled: The Making of Thor: Love and Thunder, Cars on the Road, Dancing with the Stars: The Pros’ Most Memorable Dances, Epic Adventures with Bertie Gregory, Growing Up, Obi-Wan Kenobi: A Jedi’s Return, Pinocchio, Remembering, Thor: Love and Thunder, and Tierra Incógnita, as well as Frozen and Frozen 2 Sing-Alongs, and Welcome to the Club, a new short from The Simpsons. New episodes of Marvel Studios’ She-Hulk: Attorney at Law debut on Thursdays, so that show also joins the Disney+ Day lineup.

Are you revved up for Cars on the Road, a nine-episode Original series from Pixar Animation Studios that follows the cross-country adventures of Lightning McQueen (voiced by Owen Wilson) and his best friend Mater (voiced by Larry the Cable Guy)? Watch as they venture east of Radiator Springs on road trip to meet with Mater’s sister.

Dancing with the Stars: The Pros’ Most Memorable Dances, hosted by Derek Hough, Kym Johnson, Cheryl Burke, and Brandon Armstrong, is a look back on the 20 most memorable dances from 30 seasons of Dancing with the Stars, chosen by the Pro Dancers. The special leads up to live Season 31 premiere of Dancing With the Stars on Monday, September 19, hosted by Tyra Banks and Alfonso Ribeiro. The celebrity couples will be judged by Len Goodman, Hough, Carrie Ann Inaba, and Bruno Tonioli. 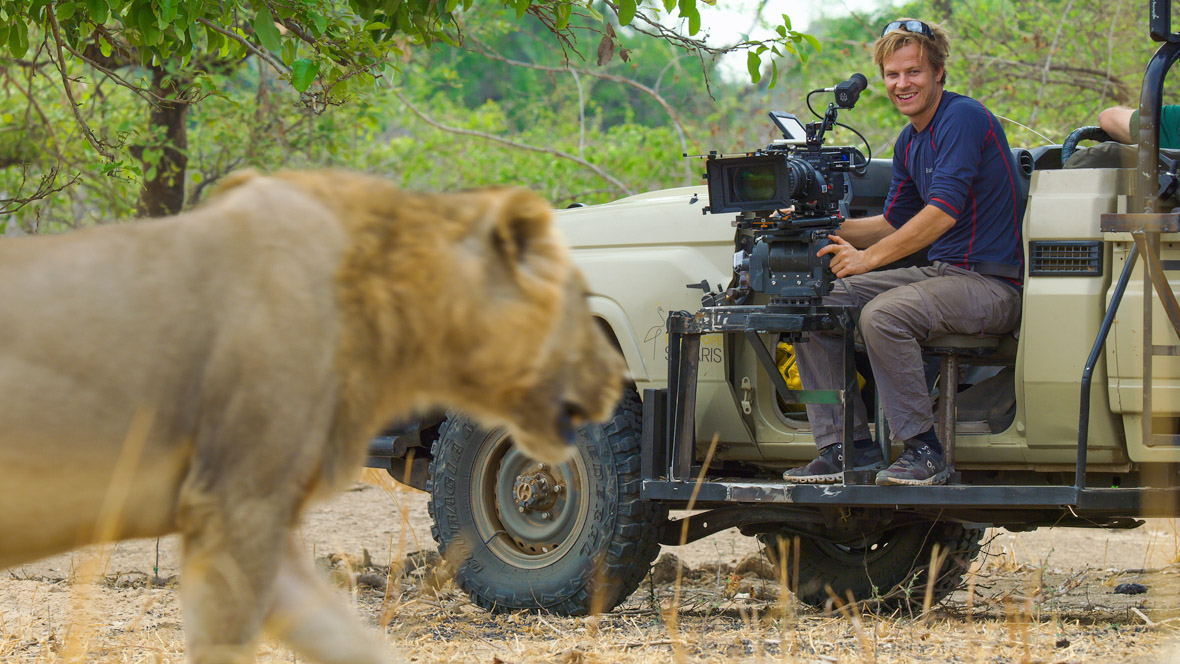 In the Original series Epic Adventures with Bertie Gregory, National Geographic Explorer Bertie Gregory takes viewers on epic and nail-biting journeys that push into the most spectacular and secretive corners of our wild world. Armed with leading-edge film technology, the series tells extraordinary, real-life animal stories and takes viewers with Gregory for every beat of the action. For weeks at a time, the charismatic cinematographer immerses himself into the animals’ lives to capture the untold stories of iconic creatures living in some of the harshest environments on our planet. Watch as he braves the icy worlds of Antarctica in search of the biggest gathering of whales ever filmed and coming face-to-face with specialist buffalo-hunting lions in Zambia. In this multipart adventure series, he will also take audiences on an ambitious odyssey across the globe, showcasing the natural world at a time when it faces its greatest challenges. 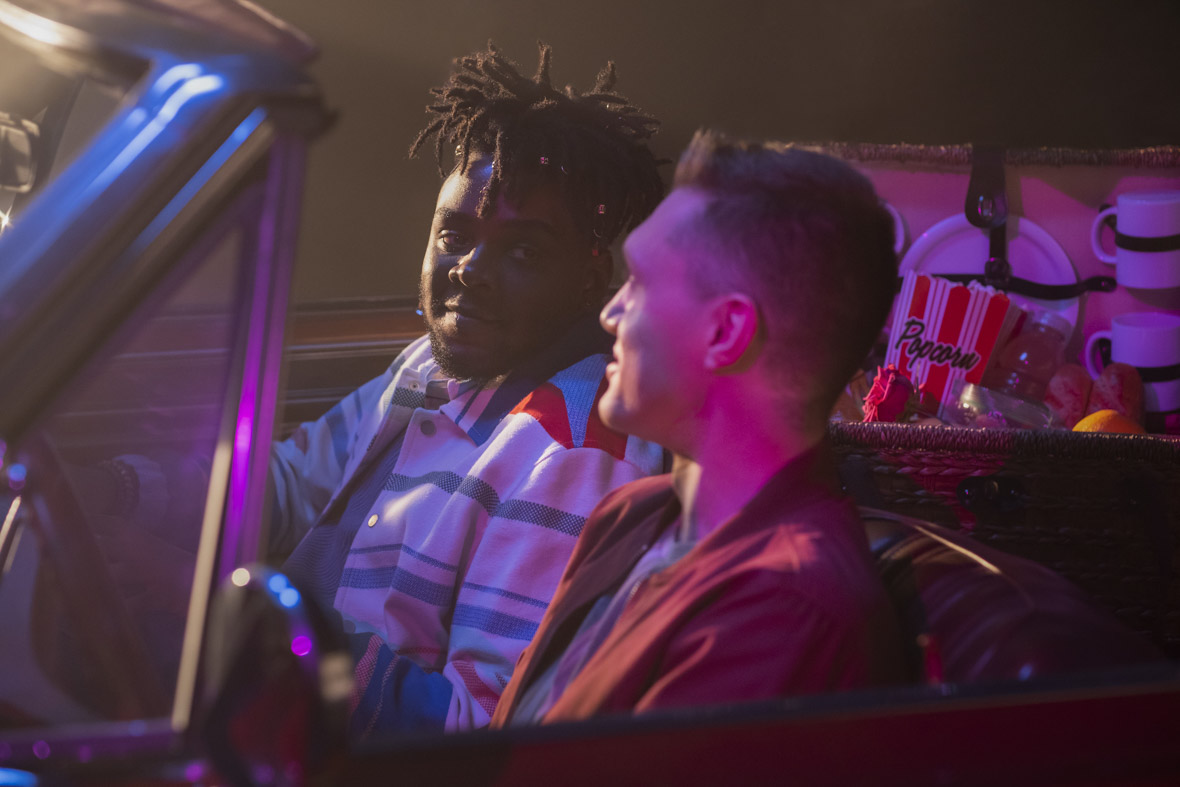 Growing Up, created by Brie Larson and Culture House, is an innovative hybrid docuseries that explores the challenges, triumphs, and complexities of adolescence. Anchored by a deeply personal interview, each 30-minute episode includes creative cinematic reenactments to help bring a young person’s major inflection points to life.

Marvel Studios’ Thor: Love and Thunder finds the God of Thunder (Chris Hemsworth) on a journey unlike anything he’s ever faced—one of self-discovery. But his efforts are interrupted by a galactic killer known as Gorr the God Butcher (Christian Bale), who seeks to exterminate the gods. To combat the threat, Thor enlists the help of King Valkyrie (Tessa Thompson), Korg (Taika Waititi), and ex-girlfriend Jane Foster (Natalie Portman), who—to Thor’s surprise—inexplicably wields his magical hammer, Mjolnir, as the Mighty Thor. Together, they embark upon a harrowing cosmic adventure to uncover the mystery of the God Butcher’s vengeance and stop him before it’s too late.

In Assembled: The Making of Thor: Love and Thunder, Hemsworth, Bale, Thompson, Waititi, and Portman divulge the secrets behind the creation of the film. Through in-depth interviews with cast and crew, along with raw, unseen footage from the set and beyond, Assembled pulls back the curtain on the God of Thunder’s fourth feature film. 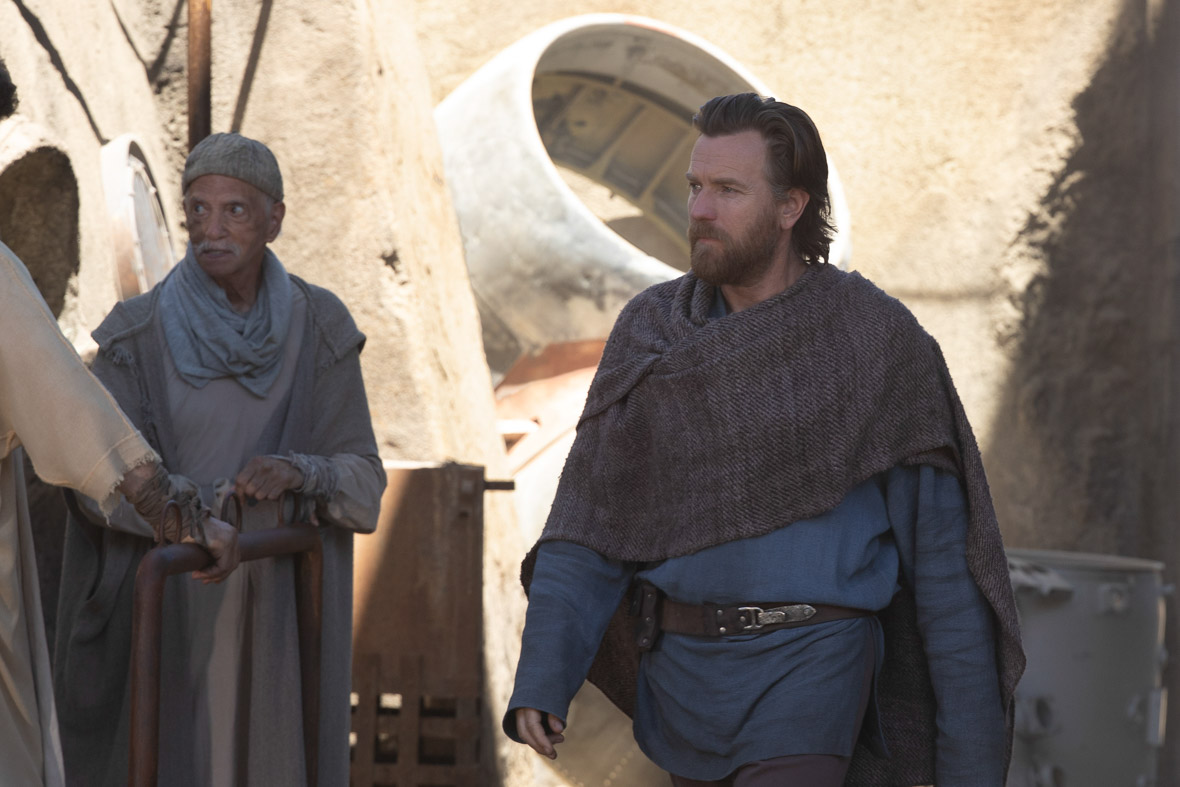 With never-before-seen, behind-the-scenes footage, colorful personal stories, and meaningful moments, Obi-Wan Kenobi: A Jedi’s Return celebrates the Original limited series Obi-Wan Kenobi, an epic story that begins 10 years after the dramatic events of Star Wars: Revenge of the Sith. This insightful documentary from Lucasfilm and Supper Club explores the return of Obi-Wan Kenobi (Ewan McGregor) and Anakin Skywalker (Hayden Christensen) to the screen. Director Deborah Chow, along with the cast and crew, reflect on their journey to tell a new story with iconic Star Wars characters Obi-Wan Kenobi, Darth Vader, and Princess Leia, while introducing new heroes and villains.

Academy Award® winner Robert Zemeckis directs the live-action and CGI retelling of Pinocchio, the beloved tale of a wooden puppet who embarks on a thrilling adventure to become a real boy. Tom Hanks stars as Geppetto, the woodcarver who builds and treats Pinocchio (Benjamin Evan Ainsworth) as if he were his real son. Joseph Gordon-Levitt stars as Jiminy Cricket, who serves as Pinocchio’s guide as well as his “conscience”; Cynthia Erivo stars the Blue Fairy; Keegan-Michael Key stars as “Honest” John; Lorraine Bracco stars as Sofia the Seagull; and Luke Evans tars as The Coachman. 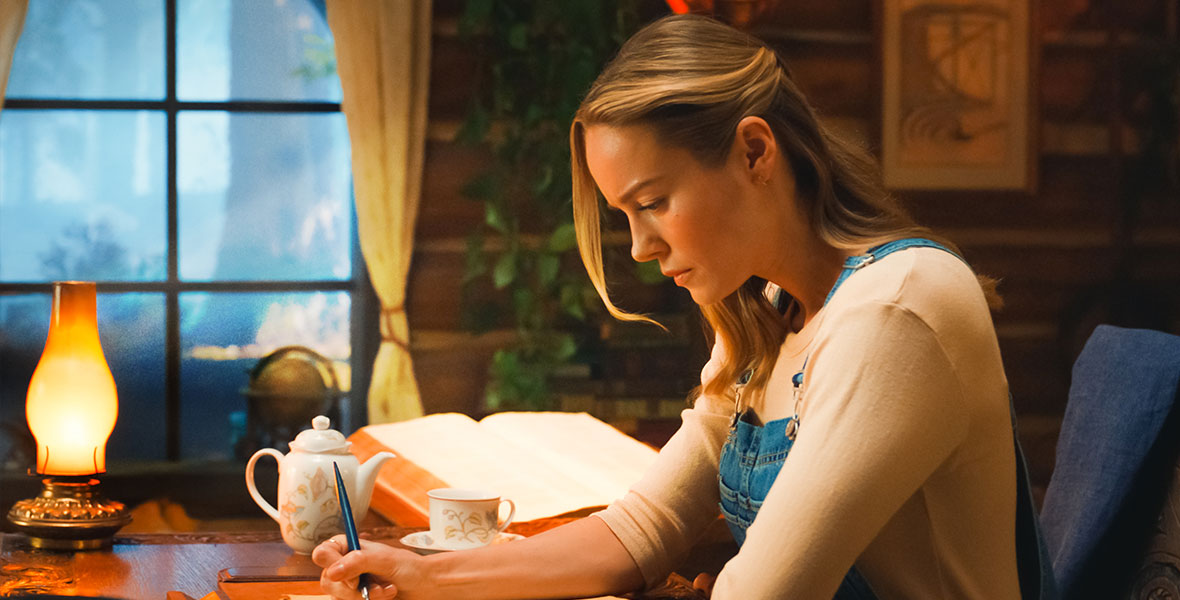 Where do ideas come from—and where do they go when they’re forgotten? These central questions are brought to life in Remembering, an original short film by Elijah Allan-Blitz. The story follows a writer (Larson) who loses a very important idea when her phone rings. Personified as golden light, this lost idea is found by the writer’s inner child, who takes it on a journey through The World of Imagination. It is easy to lose touch with this world, but each of us can be inspired by it—if we just remember. With a first-of-its-kind companion Augmented Reality app, subscribers can interact with the story by scanning the TV, extending The World of Imagination into their living rooms.

Tierra Incógnita follows Eric Dalaras (Pedro Maurizi), a teenager who discovers a hair-raising world while searching for the truth behind the mysterious disappearance of his parents eight years prior. Raised alongside his sister Uma (Mora Fisz) by his maternal grandparents, Eric decides to run away from home and go back to his childhood town, Cabo Qwert, to find answers where his parents were last seen: the Tierra Incógnita horror theme park. With his friends, his sister, and his aunt, Eric must overcome his fears in order to find answers and solve the mystery in a dark and unfamiliar world.

In Welcome to the Club, a new short from The Simpsons, Lisa Simpson (voiced by Yeardley Smith) wants to become a princess—but discovers bad might be more fun.

After Disney+ Day, a new episode of the experimental, innovative program Short Circuit will debut on Wednesday, September 14. In “Reflect,” directed by Hillary Bradfield, a ballet dancer battles her own reflection, overcoming doubt and fear by channeling her inner strength, grace, and power. 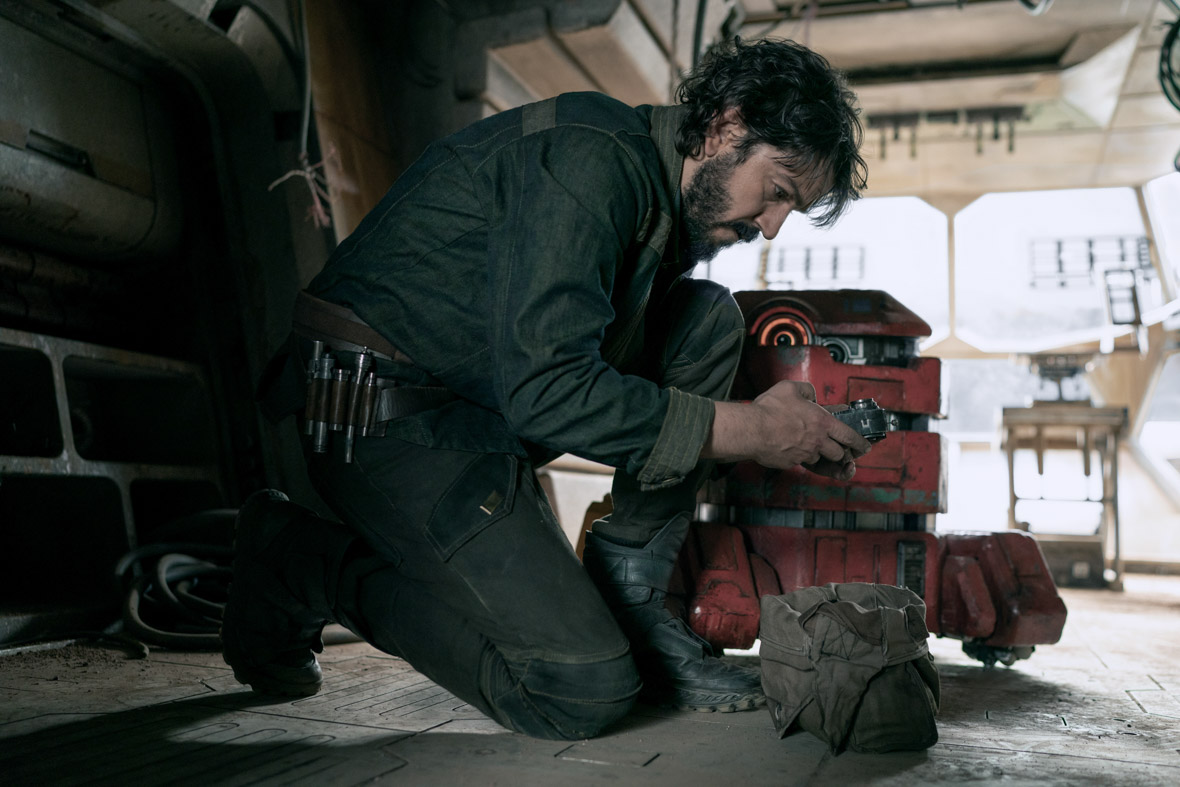 Premiering with three episodes on Wednesday, September 21, Andor—an Original series from Lucasfilm—will explore a new perspective from the Star Wars galaxy. It chronicles the burgeoning rebellion against the Empire and how people and planets became involved. It’s an era filled with danger, deception, and intrigue—one in which Cassian Andor (Diego Luna) will embark on the path to one day become a rebel hero.

Executive produced by James Cameron and narrated by Benedict Cumberbatch, National Geographic’s Super/Natural utilizes the latest scientific innovations and filmmaking technology to reveal the secret powers and super-senses of the world’s most extraordinary animals. Super/Natural invites viewers to see and hear beyond normal human perception to experience the natural world as a specific species does, from seeing flowers in bee-vision to soaring 120 yards with glow-in-the-dark squirrels.

The Mighty Ducks: Game Changers returns for Season 2 on Wednesday, September 28. After winning back the Mighty Ducks team name, the players and coach Alex Morrow (Lauren Graham) sign up to attend a summer hockey institute in California run by Colin Cole (Josh Duhamel), a charming yet hardcore former NHL player. After Coach Cole tells the team they may not be a good “fit” for his program, they get fired up to prove him wrong—even though a mysterious camper warns them not to stay. 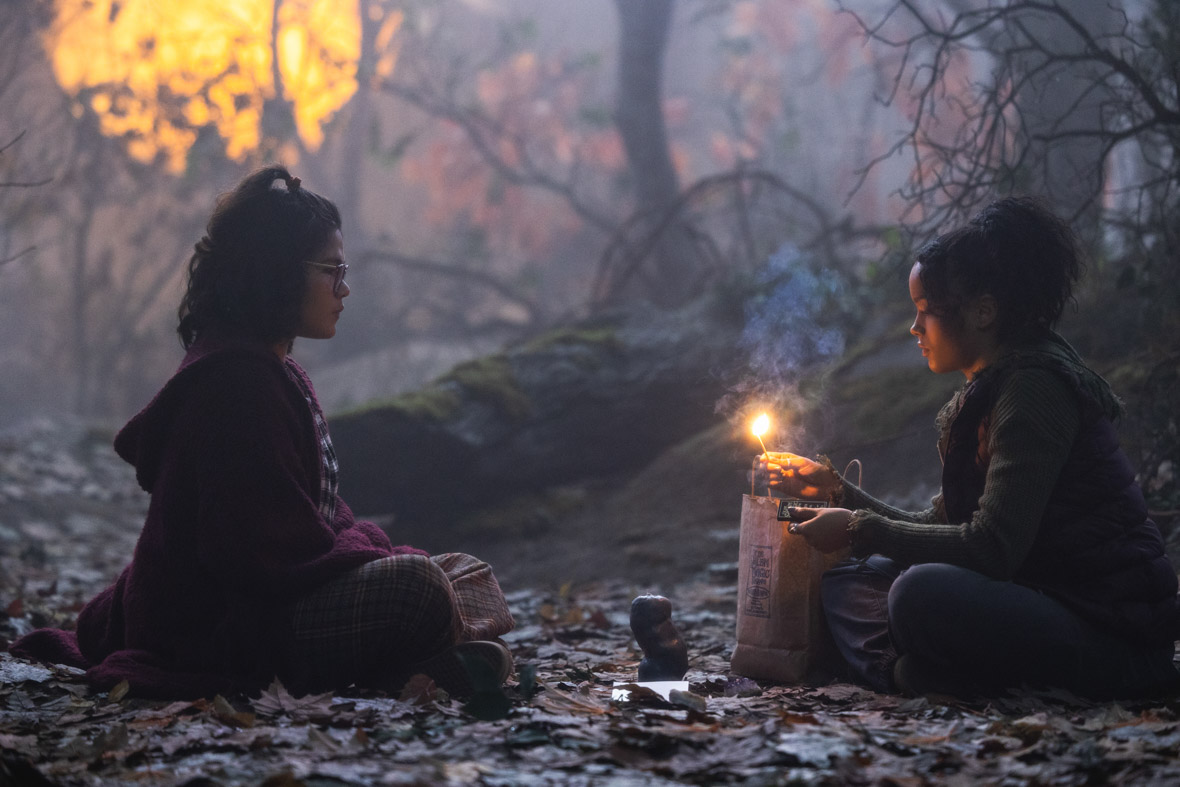 Closing out the month on Friday, September 30, is the live-action comedy Hocus Pocus 2, a haunting sequel to the 1993 Halloween cult classic. It’s been 29 years since someone lit the Black Flame Candle and resurrected the 17th-century Sanderson sisters, and they want revenge. Now it is up to three high school students to stop the witches from wreaking a new kind of havoc on Salem before dawn on All Hallow’s Eve.

Throughout the month, Disney+ will add dozens of titles to its library, including The Art of Racing in the Rain, The Call of the Wild, Edge of the Unknown with Jimmy Chin (Season 1), Life Below Zero: Northern Territories(Season 2), Spies in Disguise, and more, as well as new weekly episodes of High School Musical: The Musical: The Series.

All the titles coming to Disney+ in September are listed below: 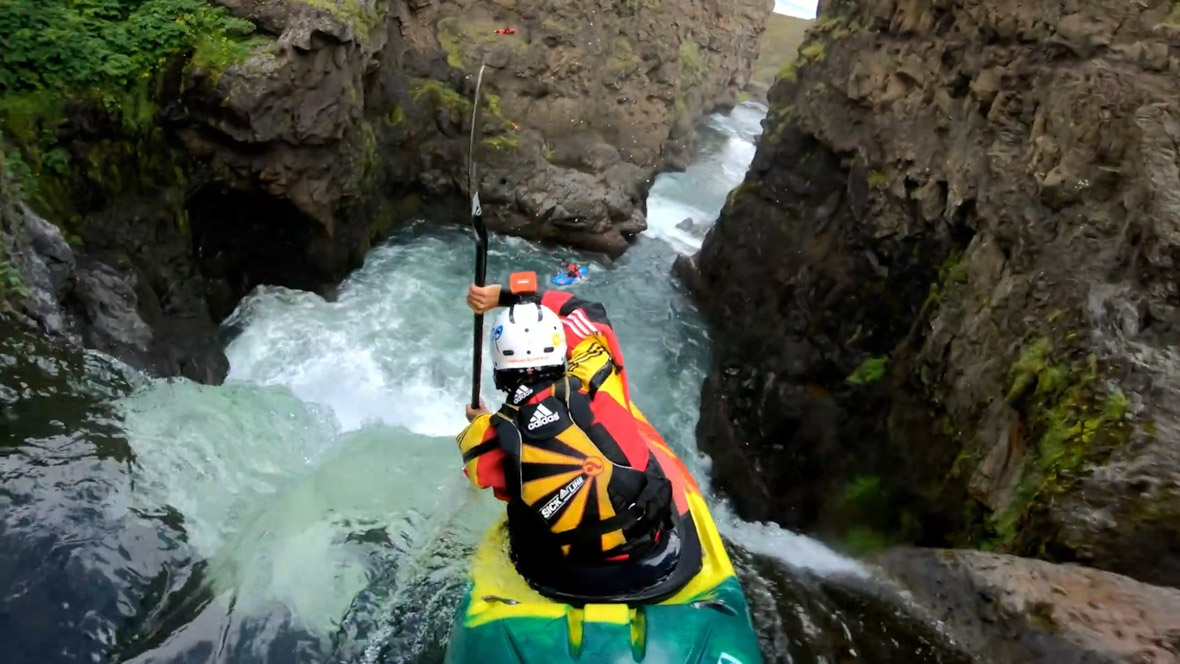 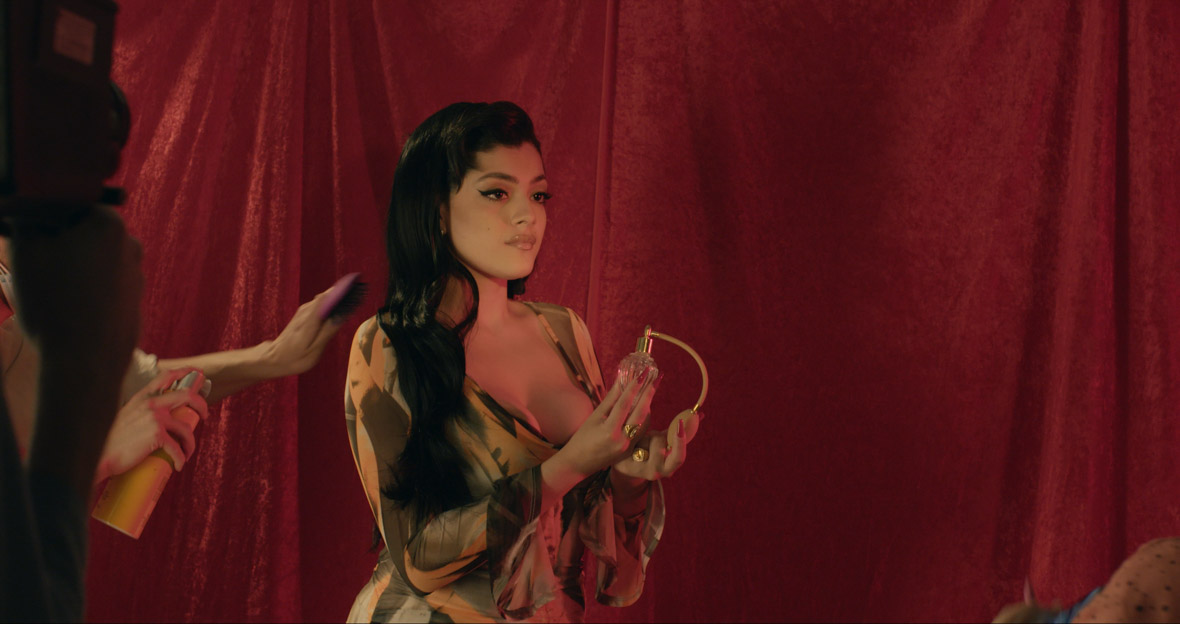 Friday, September 16
The Art of Racing in the Rain
Coco (Sing-Along) 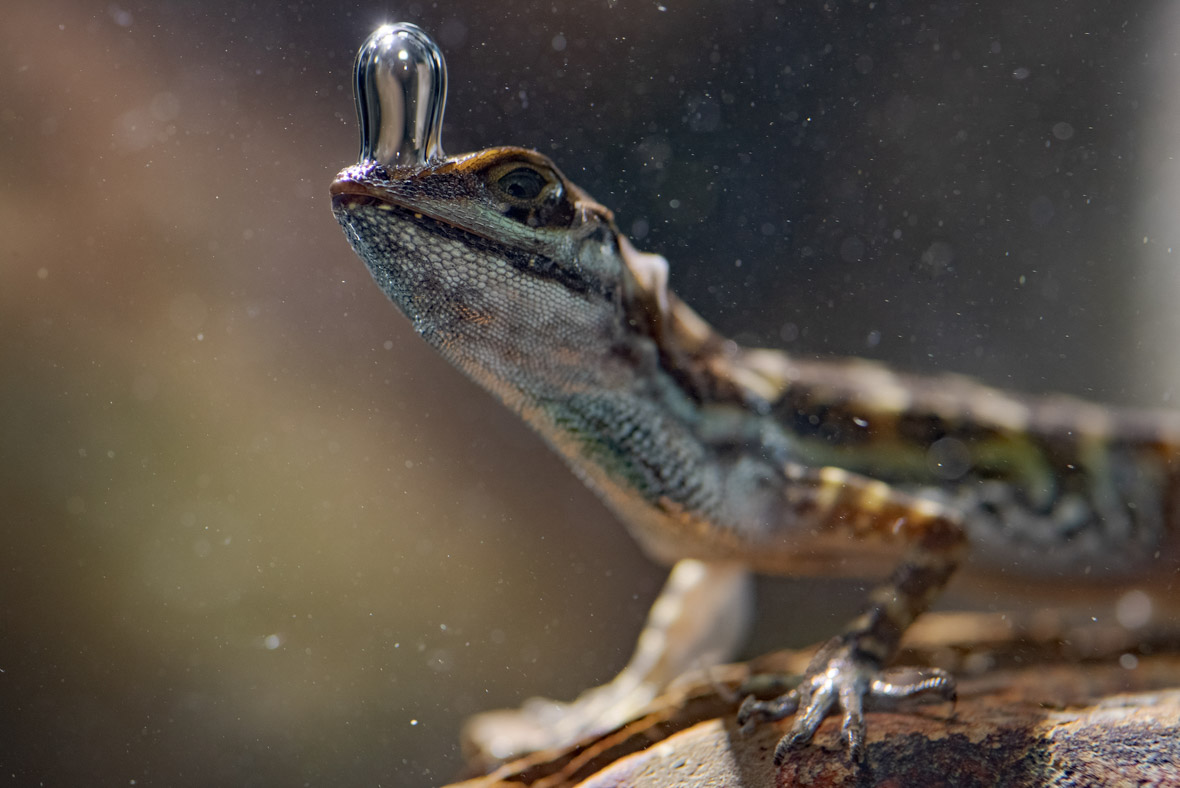 Friday, September 23
The Call of the Wild
Saving Giraffes: The Long Journey Home
Spies in Disguise