Anyone who tuned in to the 127th Rose Parade couldn’t help but notice Disneyland’s entry. Created almost entirely by volunteers, the colorful float—titled “Disneyland Diamond Celebration: Awaken Your Adventure”—was created using approximately 650,000 flowers. The theme of this year’s parade was “Find Your Adventure,” and the Disneyland Resort float honored some of the most exciting adventures awaiting guests at the Happiest Place on Earth. At the heart of the float was a sparkling re-creation of Sleeping Beauty Castle, complete with Mickey Mouse and Minnie Mouse welcoming everyone to the Disneyland Resort Diamond Celebration. Flanking the castle were two adventures that are brought to life at the Disneyland Resort: The first comes from the world of Frozen and depicts Elsa’s ice castle—straight out of Arendelle—accompanied by Anna, Elsa, Olaf, and Kristoff. A separate adventure depicted on the float jumped to hyperspace and traveled to a galaxy far, far away for a thrilling adventure dedicated to the Star Wars films and exciting new Star Wars experiences at Disneyland Park.

The appearance of the Disneyland Resort Diamond Celebration float in the 2016 Rose Parade marked the continuation of the relationship Disney has with the Tournament of Roses that began in 1938 when characters from the newly premiered Snow White and the Seven Dwarfs were prominently featured in the parade, and this year marked the 50th anniversary of Walt Disney’s appearance as Grand Marshal of the 77th Rose Parade in 1966.

Check out this video and photo gallery if you missed the Rose Parade, or just want to see the Disneyland float again in all its floral and fragrant beauty. And Happy New Year! 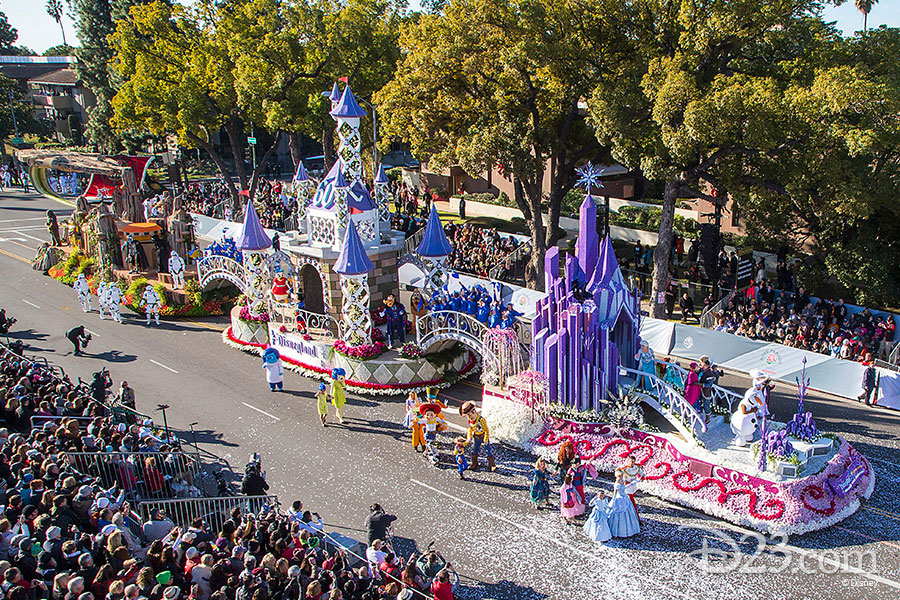 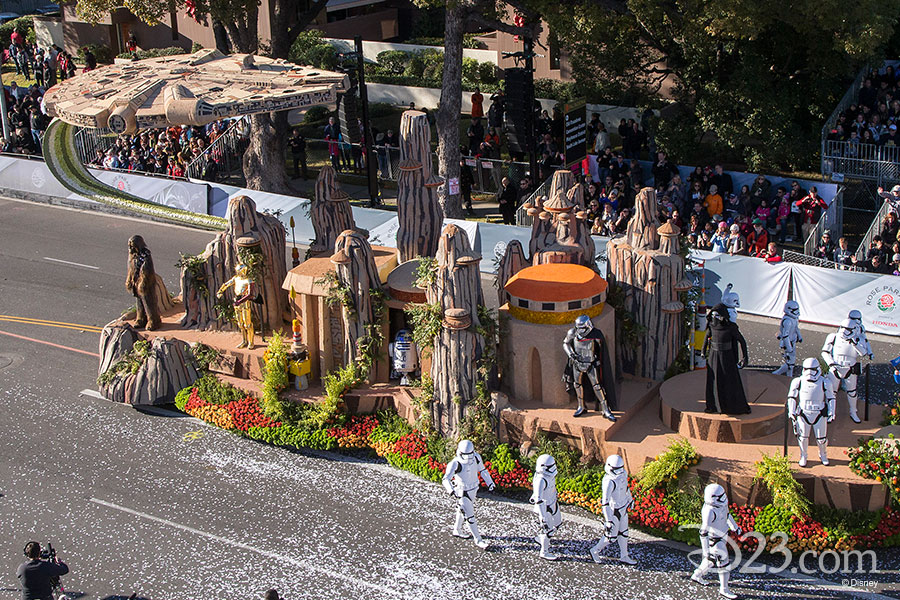 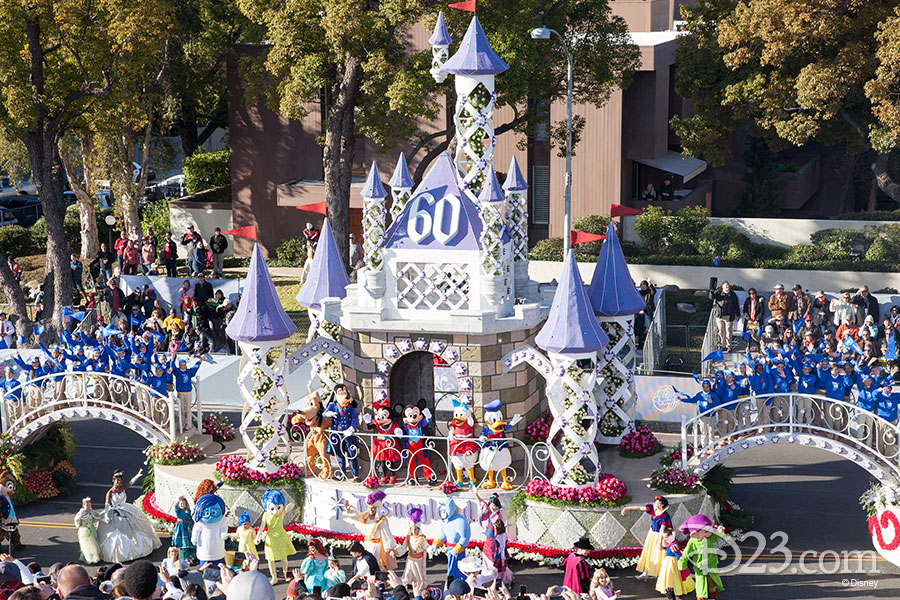 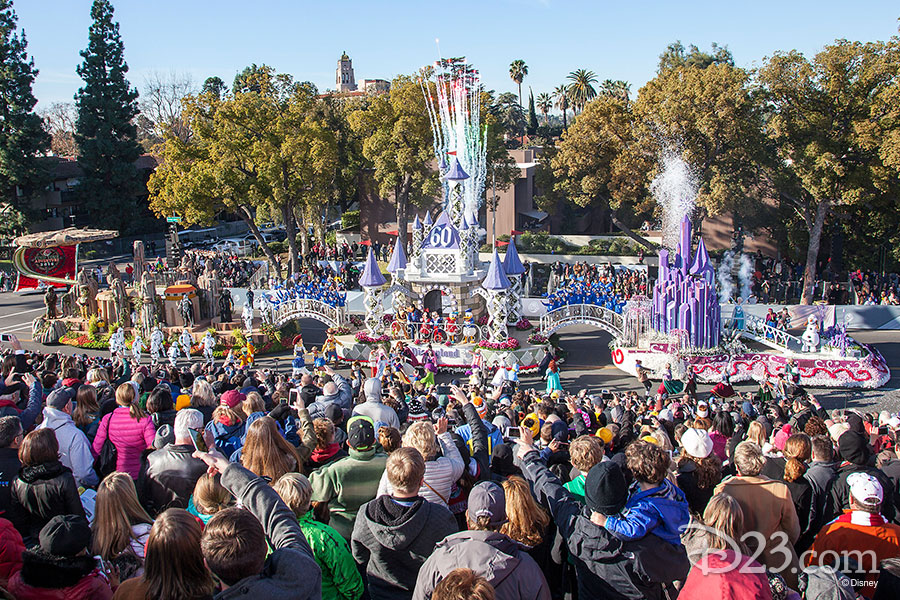 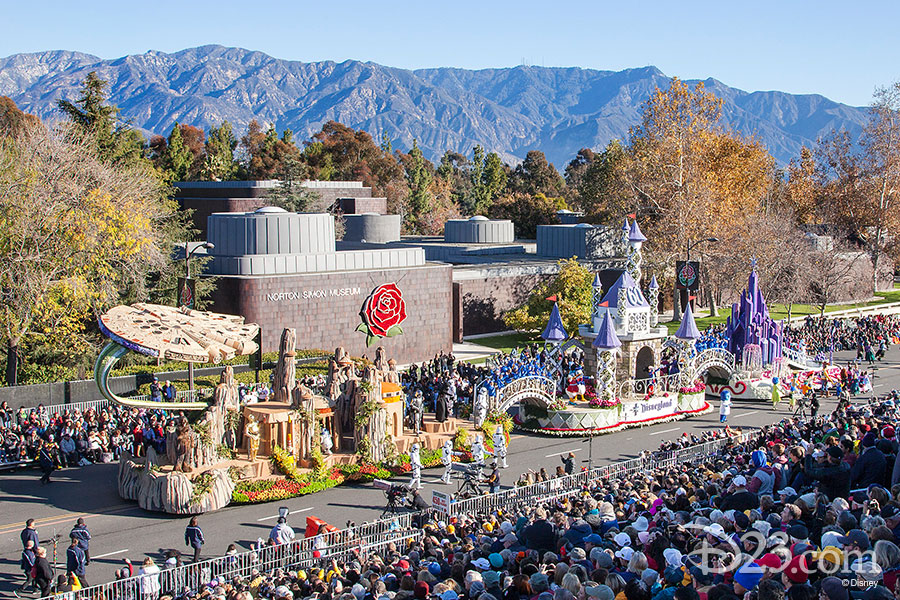 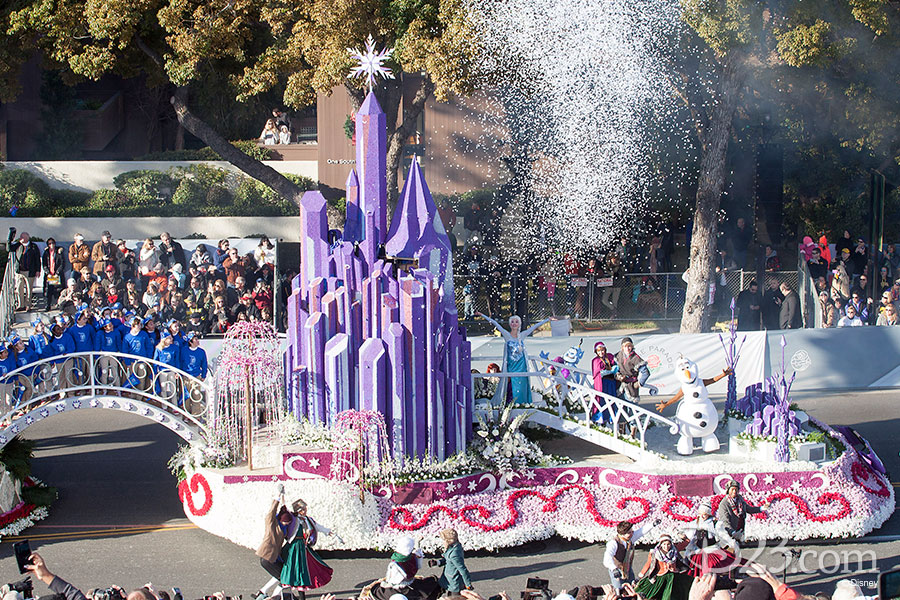