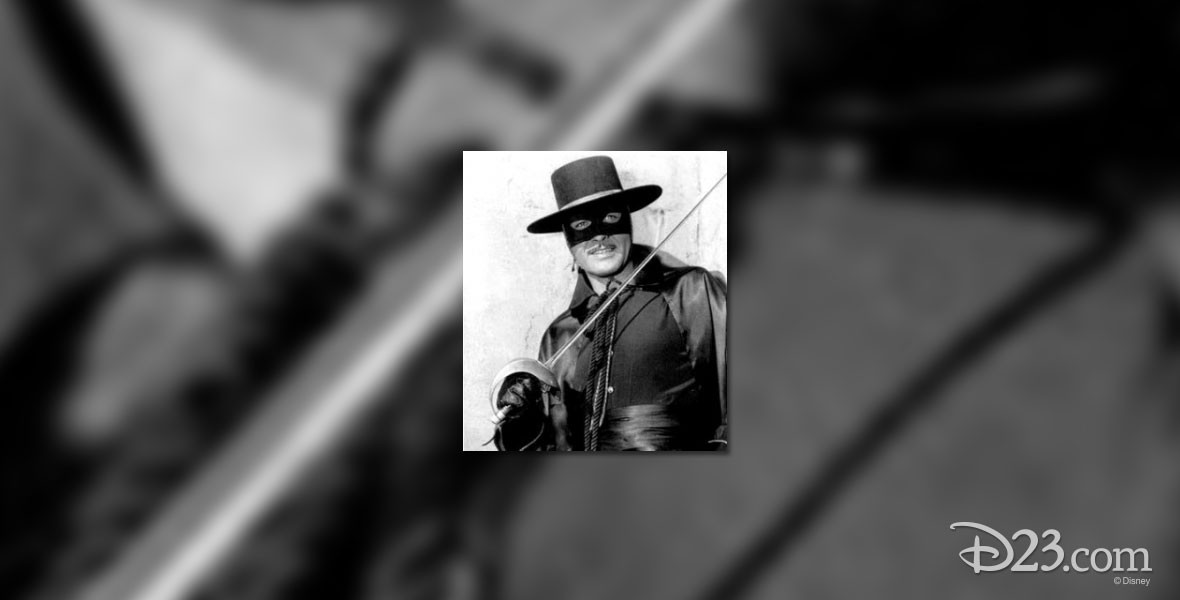 Zorro (television) Television series about a masked avenger, the alter ego of the mild-mannered Don Diego de la Vega, defending the poor and acting as the scourge of military tyrants on his black stallion, Tornado, in early California. A total of 78 episodes aired from October 10, 1957, to September 28, 1959. Zorro’s trademark was the ragged “Z” symbol, which he slashed with his sword. The series was inspired by the stories of Johnston McCulley. Four hour-long episodes were later filmed for airing on the Sunday night show, and episodes of the half-hour show were compiled into theatrical features for domestic (The Sign of Zorro) and foreign (Zorro the Avenger) audiences. Stars Guy Williams, Henry Calvin, Gene Sheldon. The popular title song was by director Norman Foster and George Bruns. The cast and crew of the television series, and subsequent films, had an unusual amount of experience with the Zorro legend: George Lewis, who plays Zorro’s father, starred in the 1944 Zorro’s Black Whip, and William Lava, who composed the score for the television series also wrote the music for the Republic Zorro serial. The show was syndicated for years, and returned to a regular time slot on The Disney Channel beginning on April 18, 1983. It was especially popular in Latin America, and the star, Guy Williams, retired to Argentina partly because of his fame there. In the 1990s, The Disney Channel had the black-and-white episodes successfully colorized and they were able to reach an even wider audience.