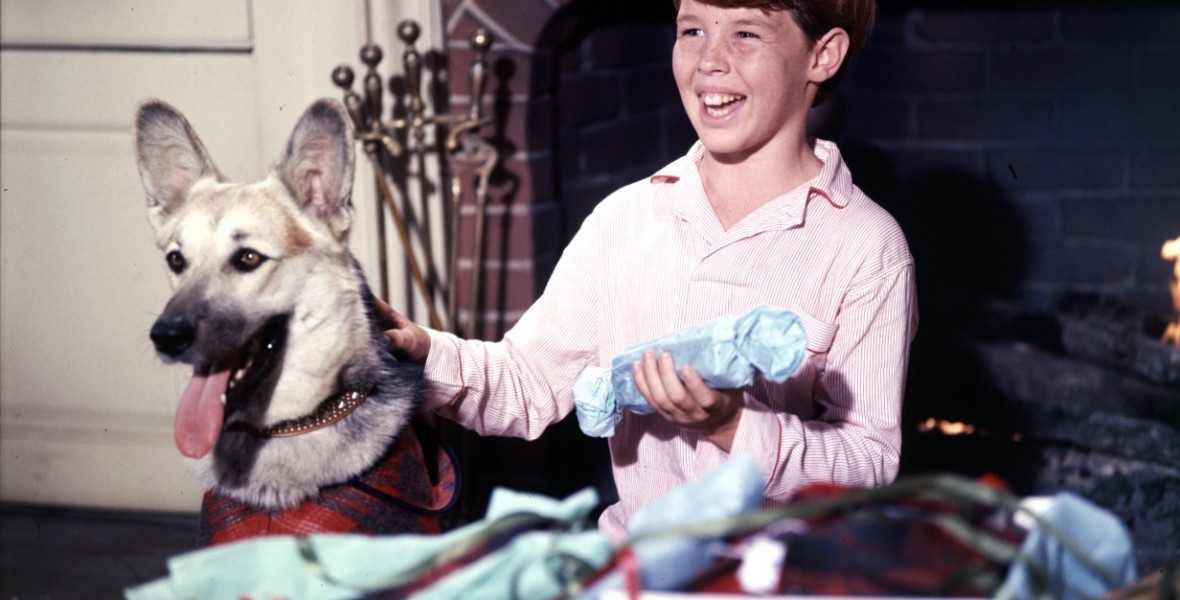 Atta Girl, Kelly! (television) Three-part television show, aired on March 5, 12, and 19, 1967. The three episodes were titled K for Kelly, Dog of Destiny, and The Seeing Eye. Directed by James Sheldon. Story of a seeing eye dog, through its being raised as a puppy by a young boy who resists giving it up, to its rigorous training, and finally its placement with a blind attorney, who has lost a previous dog and finds it hard to trust the new one. Stars Billy Corcoran (Danny Richards), Beau Bridges (Matt Howell), Arthur Hill (Evan Clayton), J. D. Cannon, James Broderick, Jan Shepard.