Ready to take another lap around the racetrack? D23 had the chance to spend some time with the cast and crew of Cars 3 this past weekend and they shared a few things that you need to know before you go see the movie, which cruises into theaters this Friday. Ka-chow! 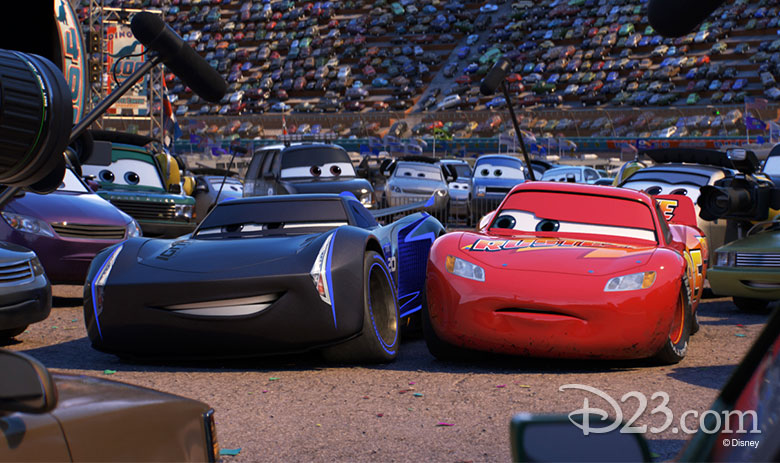 1. Lightning McQueen is back! But will he still be a champion?
Everyone’s favorite Piston Cup winner, Lightning McQueen (Owen Wilson), is back. But after a decade on top, the once-unstoppable racer faces some challenges when “next generation” cars threaten to steal his thunder. “They’re faster, they’re smarter, and they’re better looking,” explains Armie Hammer, who voices McQueen’s new nemesis Jackson Storm. “But at the same time, there’s not that same heart in it. There’s a big paradigm shift in a world where so much of it is the love of the game.” 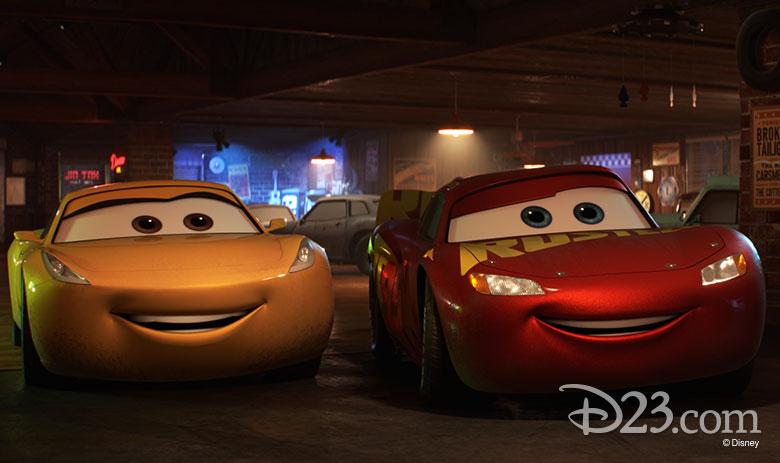 2. Brand-new cars
Cars 3 has McQueen getting the sidekick he never knew he needed in the form of a spunky younger racecar named Cruz Ramirez, who’s given the unenviably tough assignment of getting McQueen back to No. 1 after he endures a devastating accident. “[She’s] a great little character,” says Cristela Alonzo, who provides the voice of the sunny trainer. “What I like about her is that she’s very good at what she does, but at the same time, she still has doubts about herself regarding the same skill that she uses to coach cars to become the best they can be.” 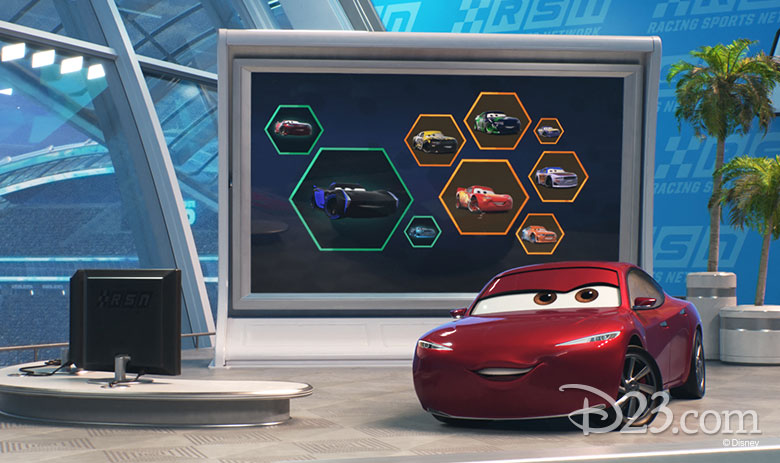 3. Girl power at the races
Cruz Ramirez isn’t the only female car on the road. Cars 3 introduces audiences to several other new girls in town, like savvy racing analyst Natalie Certain (Kerry Washington). “I do think it’s fun to see women in the film who are brave and smart and courageous,” says Washington. “[They are] women who balance having extraordinary talent and intellect, but also who are humble enough to learn the lessons they have to learn by the end of the film.” Adds Alonzo, “We don’t reference that [Cruz is] a female, we actually talk about how good she is, and we see it in the story. It’s not about a boy or a girl doing something, it’s about the best person doing the best that they can. I think that’s such a great way to get a story about female empowerment, by reminding everybody that we’re all pretty much alike and we’re all the same! If you work hard and you have the skill, whoever is the best will win.”

4. The late, great Hudson Hornet is still our hero (pack some tissues!)
Lightning McQueen’s mentor, Doc Hudson, voiced by Paul Newman, plays a very important role in Cars 3, even though the legendary actor passed away in 2008. So how did the filmmakers pull that off? “We were really lucky John Lasseter [while recording the original Cars] had kept the mic open [while Newman recorded his role] and we had all this wonderful stuff,” explains producer Kevin Reher. “We had hours of his voice on tape to kind of comb through and mine and decide what would be helpful to us to tell the story,” says director Brian Fee. “I feel extremely fortunate. We got exactly what we needed—we’re just lucky.”

5. Easter eggs!
It wouldn’t be a Pixar movie if the filmmakers didn’t sneak in a handful of fun moments for sharp-eyed fans to catch. (If you don’t blink you might catch the Pizza Planet truck in a couple of scenes). Lea DeLaria, whose school bus-gone-wild character, Miss Fritter, terrorizes our heroes in a demolition derby, says that the animators included a special Easter egg just for her. “[The animators] called me and asked me my birthday and what high school I went to, and the next thing I knew, they used the name of my school on the side of the bus, and the license plate is my birthday! I think that’s great.” 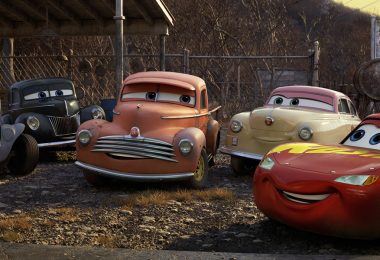