Mark your calendars for some Disney wedding delight, and catch a sneak peek at the new Disney•Pixar short Bao… Read more, along with other news from around Disney, in this week’s news briefs! 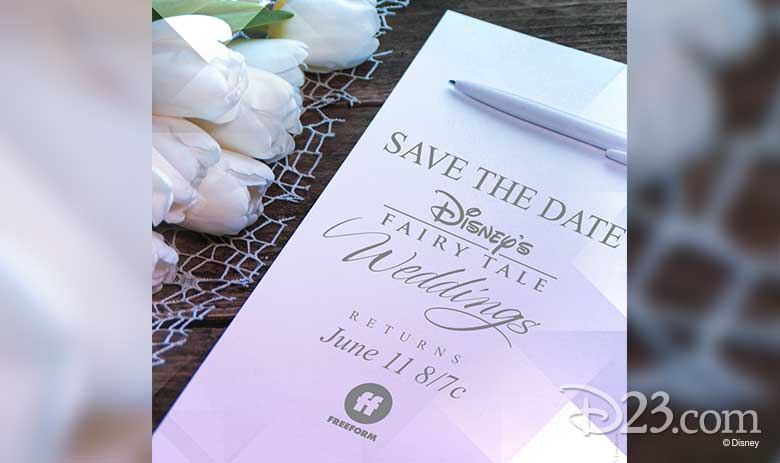 Freeform requests the pleasure of your company on Monday, June 11, for the highly anticipated return of Disney’s Fairy Tale Weddings… Chronicling several nuptials planned through Disney’s Fairy Tale Weddings & Honeymoons, a program aimed at making a couple’s Disney dreams come true, the series premiered as a holiday special last year—and is hosted once again by professional dancers and real-life couple Stephen “tWitch” Boss (The Ellen Show) and Allison Holker (Dancing with the Stars).

Trust us—you won’t want to miss any of this marriage-magic! And we should know: D23 got a very special inside look at the series earlier this year, and you can read all about it in the Summer 2018 issue of Disney twenty-three. Find out more about the issue, as well as how you, too, can get this unique quarterly publication delivered to your very own doorstep, right here.

Get a taste of #Bao, our upcoming short opening ahead of #Incredibles2 June 15. pic.twitter.com/Yw17N2pNZX

The world may be talking about the incredible new trailer for Incredibles 2 (rocketing into theaters this summer)—but a new Disney•Pixar film also means a brand-new Pixar short. The one slated to premiere before the Parr family’s latest shenanigans looks ridiculously cute… and heartwarming, to boot!

Bao tells the story of a Chinese-Canadian woman—feeling the pain of an empty nest—who gets another shot at motherhood when one of her handmade dumplings comes to lovable life. Check out the clip, above.

The short was conceived and directed by Pixar storyboard artist Domee Shi—the first female short director in the studio’s history! Based on Domee’s own life experiences growing up in Toronto, Bao will play in front of Incredibles 2, beginning June 15.

There’s a whole new crop of competitors taking to the floor on ABC’s Dancing with the Stars—and this time ‘round, they’re sure to knock it out of the park, make a touchdown, complete the perfect triple axel… or any other sports metaphor you can think of! Yes, beginning April 30, 10 superstar athletes will begin their quest for the coveted Mirrorball trophy. Who will cha-cha into the history books? Take a look at the exciting new cast right here at D23.com. 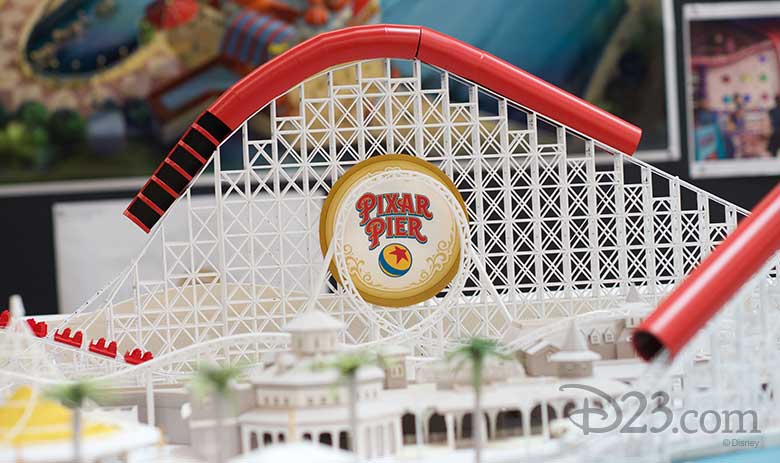 Pixar is coming to Disneyland Resort in a major way this year… the just-underway Pixar Fest will lead directly into the big grand opening of Pixar Pier at Disney California Adventure park—and to get guests in the mood for all the infinite-ly beyond-cool fun, the Blue Sky Cellar is now hosting a special behind-the-scenes peek at the land.

From early concept art and sketches, to videos and even three-dimensional models, the space will preview the whimsy to come from the land’s four new “neighborhoods”—all inspired by cherished Pixar stories like The Incredibles, Inside Out, and Toy Story. And that includes two merchandise locations, Bing Bong’s Sweet Stuff and Knick’s Knacks.

So if you’re visiting Disneyland Resort, make sure to visit Blue Sky Cellar… and mark your calendars for the reimagined Pixar Pier opening this summer!

Lin-Manuel Miranda Gives Voice to DuckTales’ Gizmoduck This May

He’s won a slew of prestigious awards, but it’s safe to say this is the first time he’s played a character with a beak: Lin-Manuel Miranda, late of Broadway’s Hamilton and soon to appear in Disney’s Mary Poppins Returns, will be joining the cast of Disney Channel’s DuckTales (as fan-fave Gizmoduck) this May! Read up on all the news that’s fit to quack here.

A New Solo: A Star Wars Story TV Spot to Revel In

If you’re anything like us and need to keep up-to-date on all things Solo: A Star Wars Story, make sure to take a gander at the film’s latest TV spot, above. We cannot wait to see the finished product on the big screen…

Buckle up inside the Millennium Falcon and journey to a galaxy far, far away in this all-new adventure, featuring the Star Wars saga’s most beloved scoundrel. Through a series of daring escapades deep within a dark and dangerous criminal underworld, Han Solo (Alden Ehrenreich) befriends his mighty future copilot Chewbacca and meets the notorious gambler Lando Calrissian (Donald Glover), in an adventure that will set a historic course for the most unlikely of heroes.

Disney Cruise Line is known for its truly innovative dining experiences—and their latest foodie feat is no exception. Rapunzel’s Royal Table is now open on board the Disney Magic, and it allows guests to delight in delicious meals, sing along to favorite tunes from Tangled, and even kick up their heels with Rapunzel, Flynn, and the hilarious Snugly Ducking thugs! It’s the first Tangled-themed restaurant of its kind, and it’s exclusive to DCL.

For a lively look at the fun in store, check out this new video from our pals over at Disney Parks, above. Beautiful surroundings (dig those amazing murals), dancing, good food, magical music… and it’s all in celebration of the princess’s birthday. Honestly, this looks like such a good time—we can’t wait to visit! 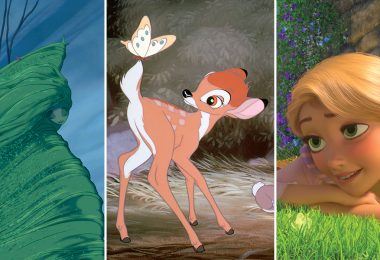 Await the Return of Spring with These Favorite Disney Movies 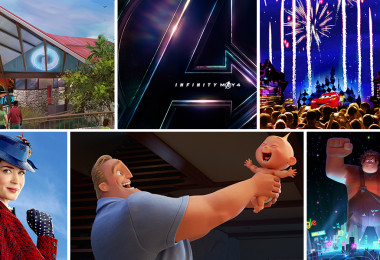