Disney Channel reveals exciting casting news we just have to hoot about, and Angelina Jolie makes a magically mysterious Maleficent metamorphosis… Read more, along with other news from around Disney, in this week’s news briefs! 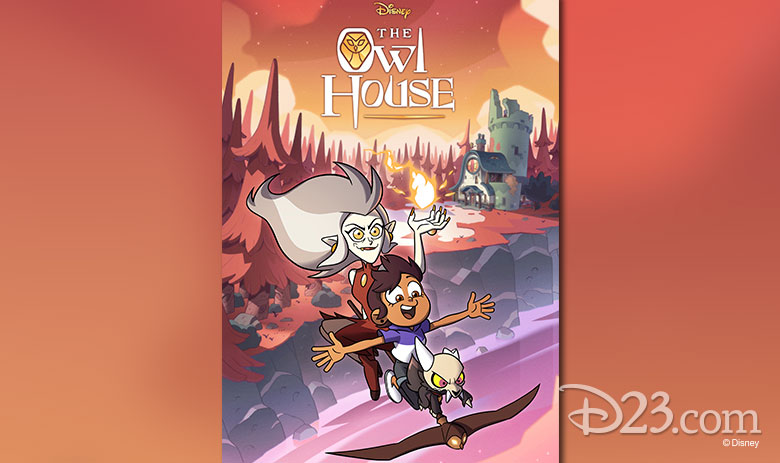 We’re owl ears for this casting news from our friends at Disney Channel, who have just revealed the voice cast of the upcoming fantasy-comedy animated series The Owl House. Sarah-Nicole Robles (Boss Baby) will star as Luz, a self-assured teenage girl who discovers a portal to a magical realm where she befriends a rebellious witch, Eda (voiced by Wendie Malick of ABC’s American Housewife), and a tiny warrior King (voiced by Alex Hirsch of Disney’s Gravity Falls). Though Luz is without magical abilities of her own, she follows her dream of becoming a witch by serving as Eda’s apprentice at the Owl House—where she ultimately finds a new family in an unlikely setting. Keep an ear out for guest appearances from Matthew Rhys (The Americans), Isabella Rossellini (Shut Eye), Mae Whitman (Parenthood), Tati Gabrielle (Chilling Adventures of Sabrina), Bumper Robinson (The Game), Issac Ryan Brown (Raven’s Home), Parvesh Cheena (Crazy Ex-Girlfriend), and Eden Riegel (All My Children) in season one of The Owl House, slated to premiere in early 2020 on Disney Channel and in DisneyNOW.

We’re now less than two months away from the November 12 launch of Disney+, and the ability to stream an astounding array of movies and shows from Disney, Pixar, Marvel, Star Wars, National Geographic, and more—as well as discover new favorites that will stream exclusively on the service. Today, our friends at Disney+ announced that production is underway on Walt Disney Pictures’ Safety, an original film we already can’t wait to stream. Based on an uplifting true story, Safety follows Ray McElrathbey, a young man facing a series of challenging circumstances, whose faith and persistence help him to triumph over repeated adversities and play football on scholarship at Clemson University, all while struggling to raise and care for his 11-year-old brother Fahmarr. Jay Reeves (All American) stars as Ray, Thaddeus J. Mixson (The Grind) is Fahmarr, and Corinne Fox (47 Meters Down: Uncaged) plays Kaycee.

Safety is directed by Oscar® nominee Reginald Hudlin (Django Unchained, Marshall), who says, “This is a powerful script that touches everyone who reads it; and now we are assembling a cast of wonderful young actors who will bring Ray McElrathbey’s amazing true story to life on the screen.” The film is written by Randy McKinnon (Where the Water Runs) and Nick Santora (Scorpion, The Fugitive at Quibi) and produced by Mark Ciardi (Chappaquiddick, Invincible). Safety will film on locations in both Clemson, South Carolina and Atlanta, Georgia before wrapping production in mid-November.

We’re mere weeks away from reacquainting ourselves with a certain Fairy Queen of the Moors, when Maleficent: Mistress of Evil flies into theaters on October 18. If you’ve ever wondered what it’s like for Angelina Jolie to transform into the iconic anti-hero, wonder no more—for our friends at The Walt Disney Studios just this week posted a very cool time-lapse video featuring Jolie in her makeup trailer as the film’s hair and makeup team works their magic. Take a look at the clip, above.

In Disney’s Maleficent: Mistress of Evil, a sequel to the 2014 global box office hit, Maleficent and her goddaughter Aurora (Elle Fanning) begin to question the complex family ties that bind them as they are pulled in different directions by the latter’s impending nuptials, unexpected allies and dark new forces at play. Directed by Joachim Rønning, the film also stars Michelle Pfeiffer as Queen Ingrith, Aurora’s future mother-in-law (and adversary to Maleficent); Chiwetel Ejiofor as Conall and Ed Skrein as Borra, leaders of the Dark Fey; Sam Riley as Diaval, Maleficent’s constant companion; Harris Dickinson as Prince Phillip, Aurora’s fiancé; and Imelda Staunton as Knotgrass, Juno Temple as Thistlewit, and Lesley Manville as Flittle, the good fairies. 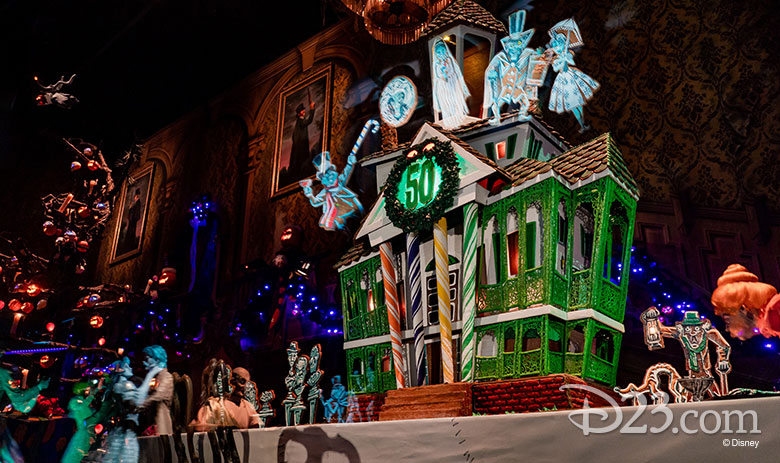 We’d be lying through candy-corn teeth if we didn’t admit that one of our most favorite seasons at Disneyland Resort is Halloween! We love everything about it, from the unique decorations and colorful food and merchandise, to the ghoulishly groovy added events like Oogie Boogie Bash – A Disney Halloween Party (on select nights at Disney California Adventure park). And one of the resort’s marquee Halloween offerings, Haunted Mansion Holiday at Disneyland park, is celebrating the season in a particularly memorable way…

All told, the gingerbread house stands nearly 10 feet tall and took more than 30 pounds of gingerbread; 120 pounds of frosting and icing; 75 pounds of powdered sugar; and 140 pounds of fondant to create. You can see it (and smell it!) in person at Haunted Mansion Holiday now, and throughout the entire holiday season. Season’s screamings! 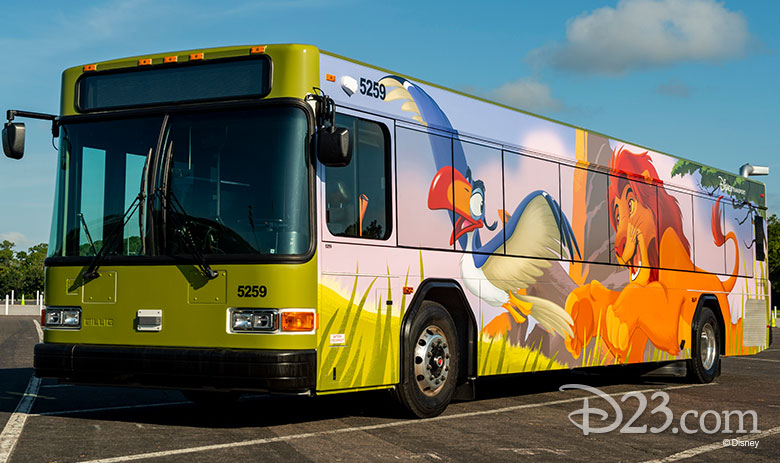 These Walt Disney World Buses Have a Lot of Character…

Traveling around Walt Disney World Resort is more colorfully convivial than ever before! Back in July, an entire fleet of WDW buses received cool new wraparound designs featuring the sensational six: Mickey Mouse, Minnie Mouse, Donald Duck, Daisy Duck. Goofy, and Pluto. And this week, our pals over at Disney Parks Blog announced that even more buses—featuring characters from favorite Disney and Pixar films—will be hitting the road later this month!

Soon, guests can travel along with Simba and Zazu from The Lion King; Mike and Sulley from Monsters, Inc.; or Moana and Pua from Moana… and in the coming weeks, keep an eye out for buses featuring characters from other favorite flicks, including Frozen. These redesigned buses also have comfy new seats and laminate floors, and some will even boast USB charging ports conveniently located between seats.

Should you be spending part of the upcoming holidays at Magic Kingdom, Epcot, Disney’s Hollywood Studios, or Disney’s Animal Kingdom, be sure to keep your eye out for this terrifically transformed transportation.

If you’ve been following along here at D23.com, you know that Disney Parks, Experiences and Products dropped a whole lot of amazing news at the recent D23 Expo 2019—including tidbits about what’s to come at Disneyland Paris. Well this week, we heard in more magical detail about some of these new experiences premiering “across the pond” in 2020 (and beyond); find out more by clicking here. 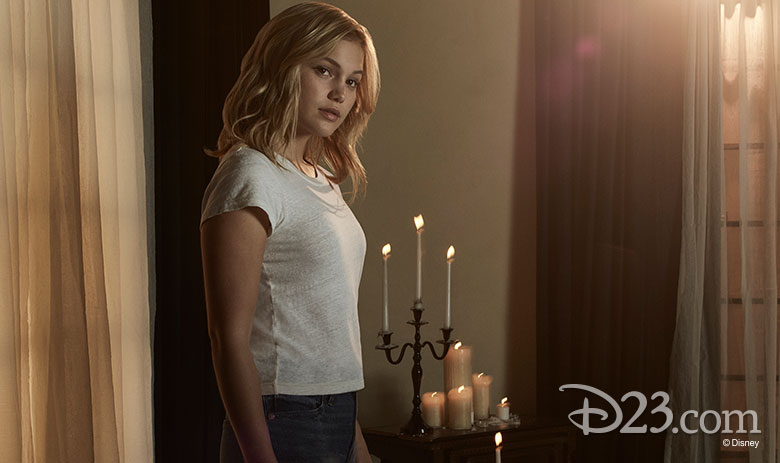 If you count Freeform’s special programming blocks among your favorite holiday traditions—as we most certainly do here at D23—we’ve got an announcement with all of the trimmings. This week, Freeform announced that a new holiday movie, Turkey Drop, will premiere during the network’s “Kick Off to Christmas” programming stunt. The Thanksgiving feature will star Olivia Holt (known to fans as Tandy Bowen on Marvel’s Cloak and Dagger) as Lucy Jacobs—a small-town girl who has just started her freshman year at a big-city university. When she comes home for Thanksgiving break, Lucy suspects her high school sweetheart has plans to dump her. To avoid being “turkey dropped,” as said heart-breaking is often termed, Lucy leaves her comfort zone and sets out to prove she’s not the same play-it-safe girl that she was before leaving for college. As she takes control of her own life and starts to put herself first, Lucy learns to let go of what’s been holding her back, helping achieve what she truly wants out of life.

In recent years, several Disney favorites (including The Little Mermaid and Beauty and the Beast) have come to life on the Hollywood Bowl stage via truly unique “live to film” events—and this fall, Disney and Pixar’s beloved Coco will get the Bowl treatment too! Read up on what you can expect from Coco Live in Concert at the Hollywood Bowl right here at D23.com… and find out how D23 Members can get early access to tickets by clicking here. 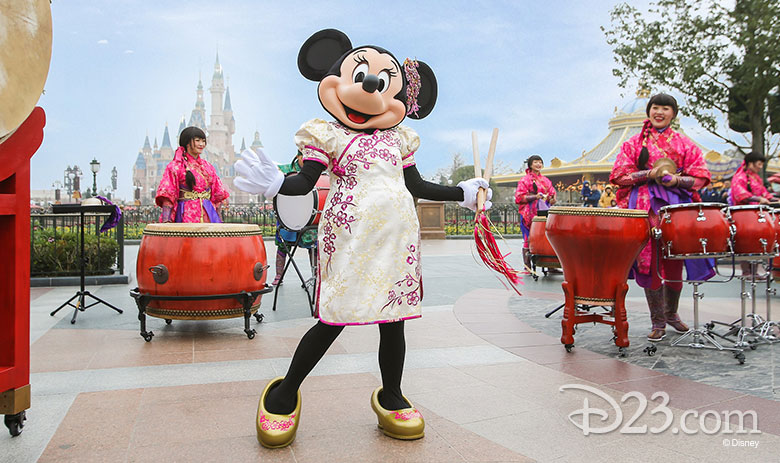 We may have bade a fond, albeit unofficial, farewell to summer last weekend, but there’s so much Disney magic to look forward to throughout autumn—especially at Shanghai Disney Resort, where a cornucopia of new offers and experiences await guests throughout the Golden Season.

The unbearably adorable “Duffy’s Heartfelt Moments” celebration kicked off September 2 and continues through September 30. Enjoy a performance every morning, themed to Duffy and his friends; special décor; a new Rainy Day merchandise collection; and a variety of Duffy-themed food and beverage offerings at various locations around the resort.

Donald Duck is front and center for a frightfully fun celebration that begins October 2. Joined by Daisy, our favorite duck leads Mickey and the gang, more than 50 dancers, and, of course, Disney Villains along the parade route in Donald’s Halloween Treat Cavalcade. Among the other treats coming to resort for Halloween are the return of the popular Coco-themed area in Adventure Isle; appearances by Jack Skellington and Sally from Tim Burton’s The Nightmare Before Christmas in the “This Is Halloween” Dance Party in Tomorrowland; and a spooktacular late-night Halloween party on October 31—the first ever for the resort—featuring DJs, Disney characters, live musicians, and an epic conclusion that comes in the form of the Halloween Villains Firework Show. Look for Halloween-themed food and beverages all around Shanghai Disneyland, as well as new Halloween Mickey and Pals and Duffy and Friends merchandise collections.

Visit ShanghaiDisneyResort.com for more details about these and other upcoming festivities—including celebrations of Mid-Autumn, National Day, and Thanksgiving. There’s no better time than now to start planning a first visit—or a return trip! 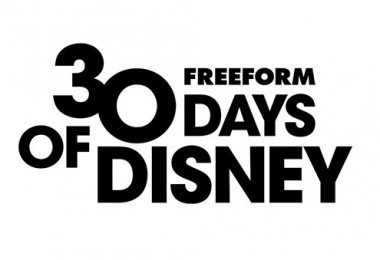 Keep up with “30 Days of Disney” on Freeform 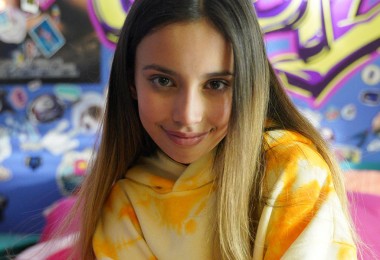