Just weeks after exciting Disney Parks developments were unveiled at D23 Expo 2019 in Anaheim, California, the first Disneyland Paris Media Expo today gave reporters a preview of the immersive, one-of-a-kind  seasonal events, and exciting new offerings coming to the resort in 2020 and beyond. A magical new Frozen Celebration and the opening of Disney’s Hotel New York® – The Art of Marvel are among the can’t-miss experiences in the works. “Meeting our guests’ expectations is not enough; our goal is to exceed them,” said Daniel Delcourt, chief operating officer, Disneyland Paris. “This is what drives us to reinvent ourselves constantly and to be bold, with a desire for innovation and creativity that are at the heart of the Disney DNA.”

Here’s a sneak peek at the new must-do and must-see additions coming to Disneyland Paris: 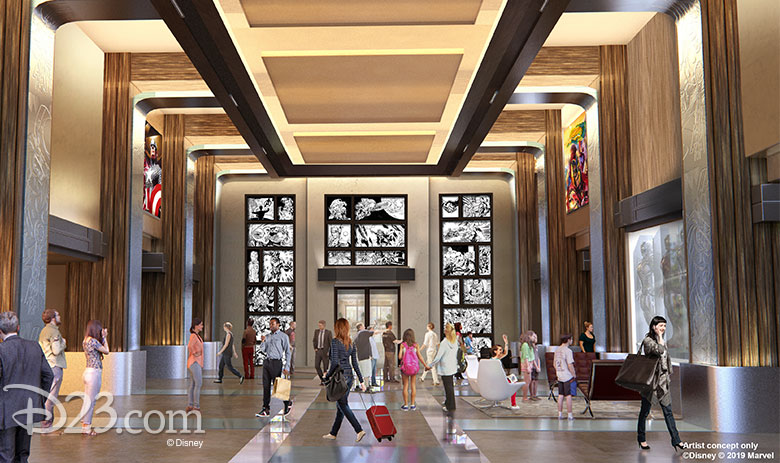 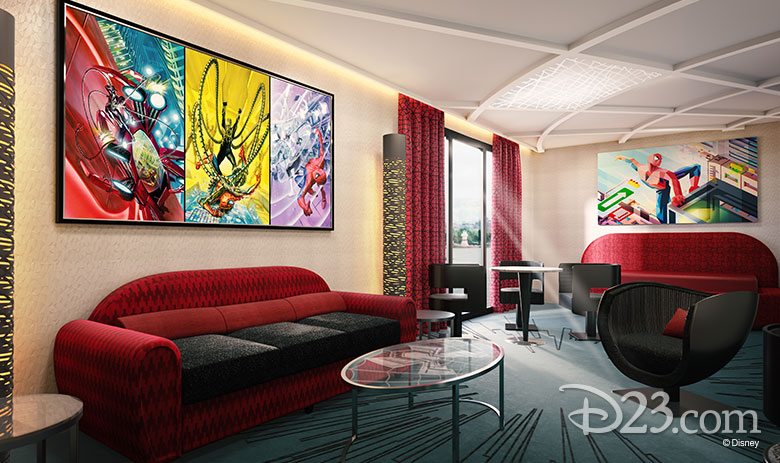 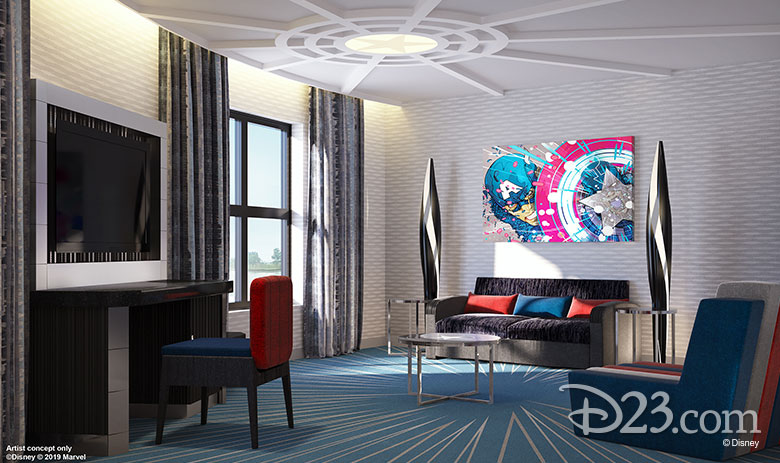 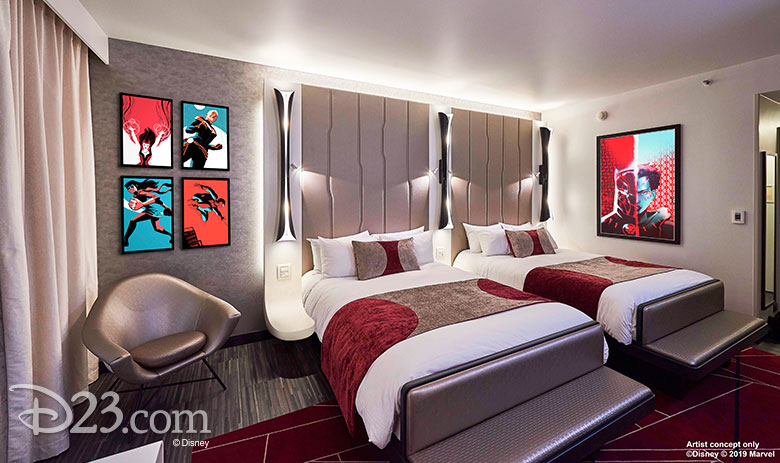 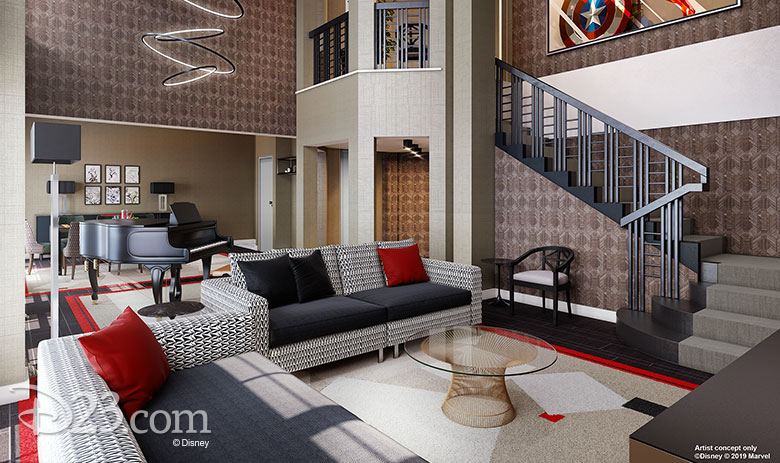 Disneyland Paris is collaborating with more 50 artists from Marvel Comics and Marvel Studios to bring together more than 300 pieces of artwork showcasing the depth of the Marvel Universe—such as comic book covers, posters, film illustrations, storyboards, and original sketches—including never-before-seen and exclusive pieces. This unprecedented renovation will include entirely redesigned rooms with a modern feel, featuring Marvel artwork in each room and a subtle nod to the legendary Iron Man in all Empire State Club rooms. Disney’s Hotel New York – The Art of Marvel will also have suites that go above and beyond for super fans, with suites themed to Avengers and Spider-Man. The walls will display spectacular works by Marvel artists and the furniture will include subtle references to these iconic Super Heroes. Additionally, guests staying in club rooms and suites will enjoy exclusive amenities and services. 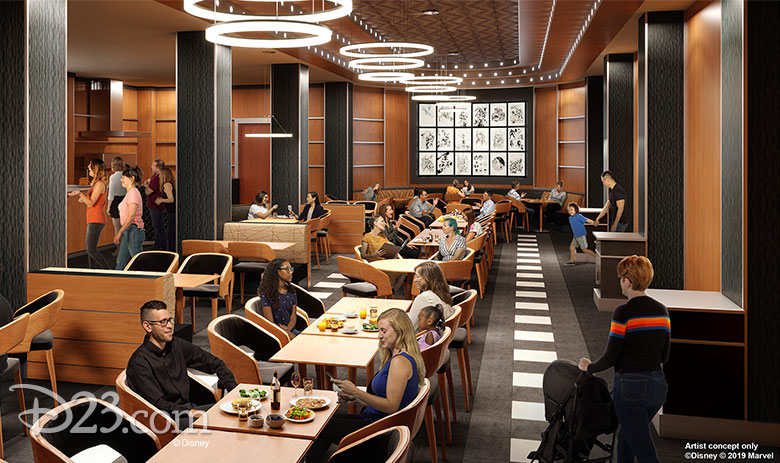 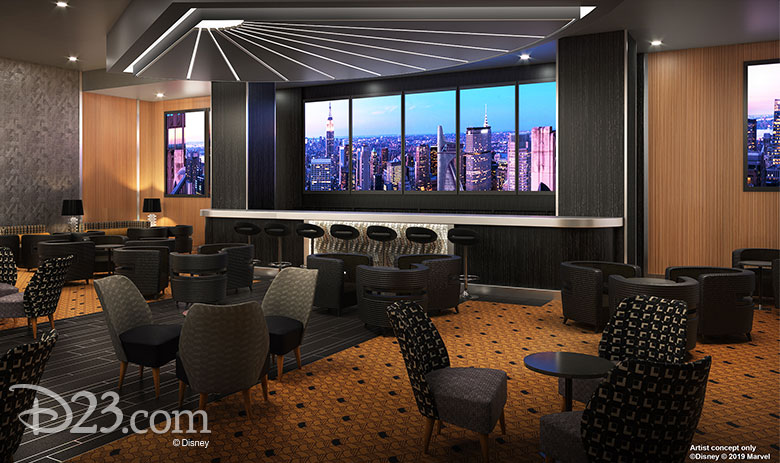 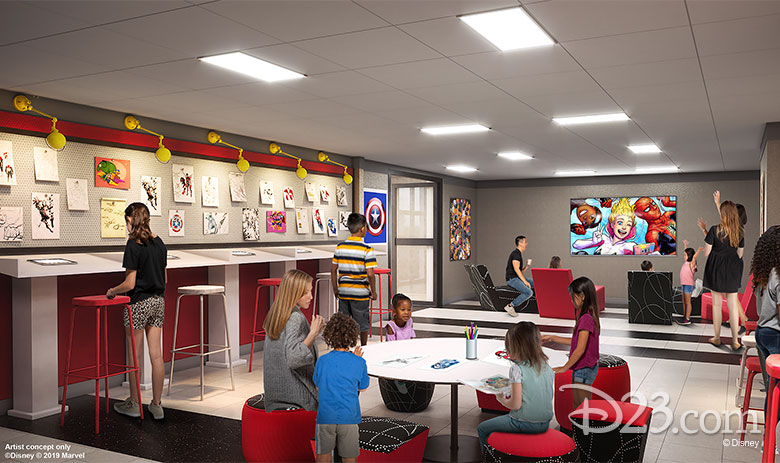 Disney’s Hotel New York – The Art of Marvel will be the first Disney Hotel to host Marvel Super Heroes. In addition to encountering their favorite heroes every morning, guests can become part of the action with fun photo locations inspired by Guardians of the Galaxy, Thor, and more.

Restaurants and bars celebrating the Art of Marvel will include: 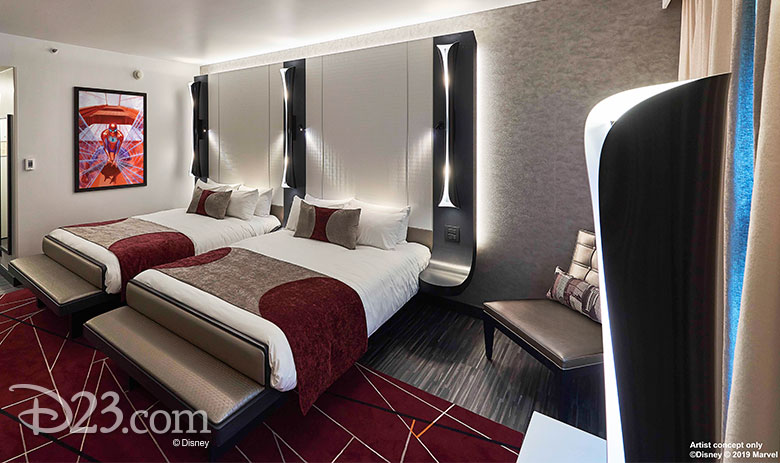 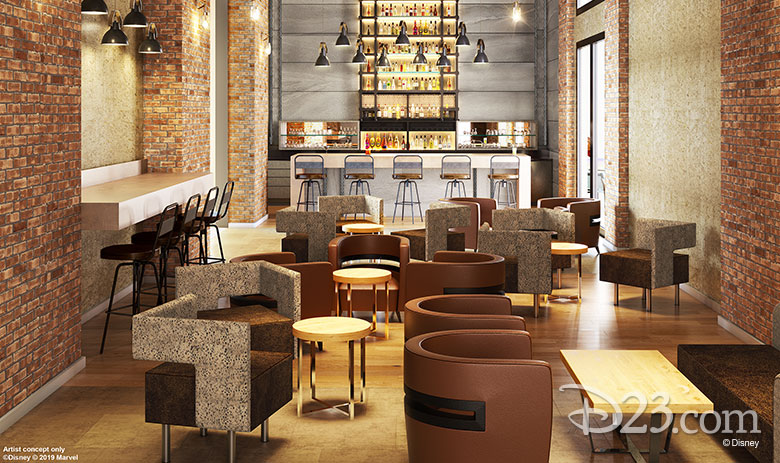 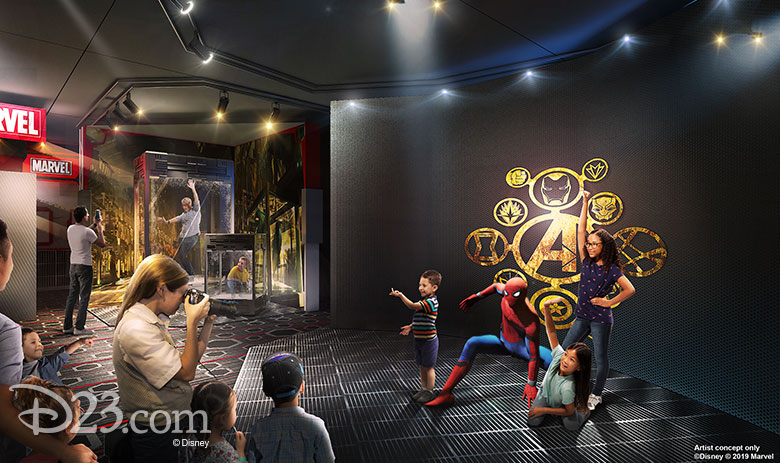 Guests can also take advantage of many other amenities during their stay, including:

Marvel Super Heroes Season (March 24, 2020—June 7, 2020)
Following the success of the first two events, Marvel Super Heroes will return to Walt Disney Studios Park next spring to give guests a thrilling experience. Keep an eye out for fan-favorite characters such as Spider-Man, Iron Man, Captain America, and Captain Marvel, among others. 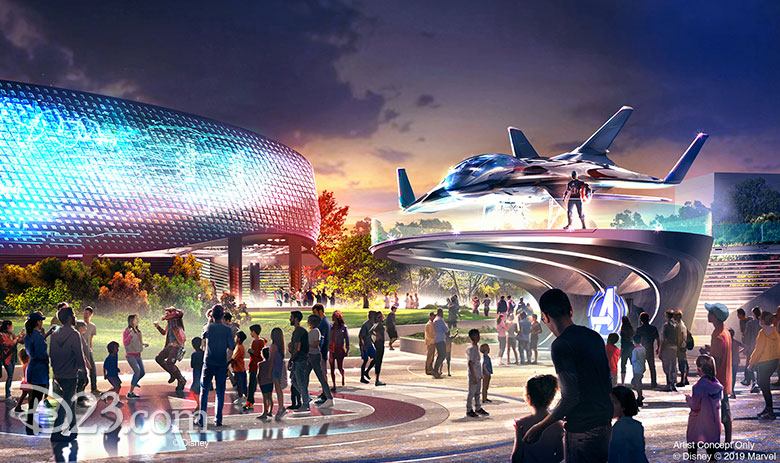 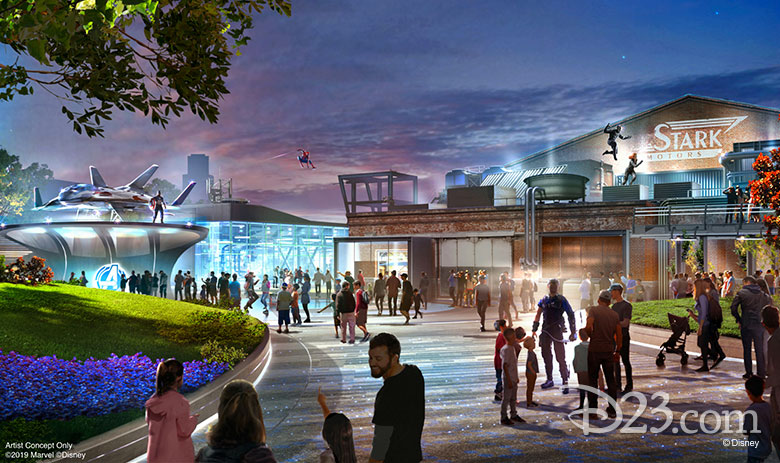 Avengers Campus (2021)
First announced at D23 Expo 2019, Walt Disney Studios Park will be home to a new Marvel-themed area called Avengers Campus, part of a multi-year expansion for the park that will also include Frozen– and Star Wars-themed areas, opening in phases starting in 2021. Avengers Campus will immerse guests in action-packed adventures with incredible attractions, heroic encounters, and new restaurants. One of the highlights will be a special attraction dedicated to Spider-Man, giving guests of all ages a taste of what it’s like to have superpowers as they sling webs to help Spider-Man collect Spider-Bots that have run amok. Avengers Campus will first open in Disney’s California Adventure Park at Disneyland Resort in 2020. 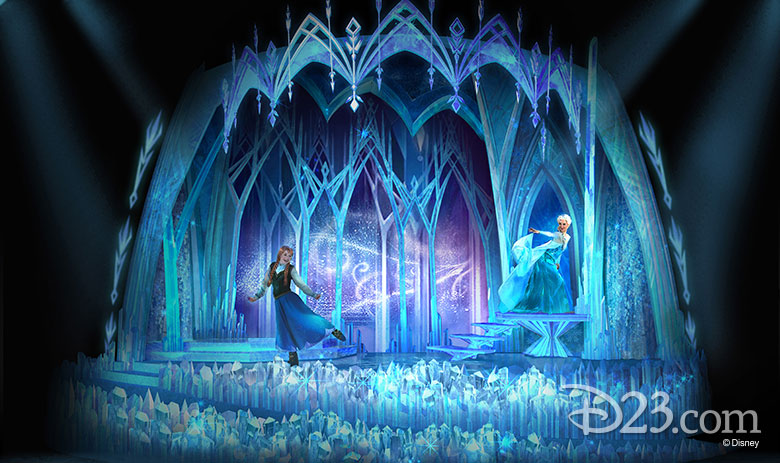 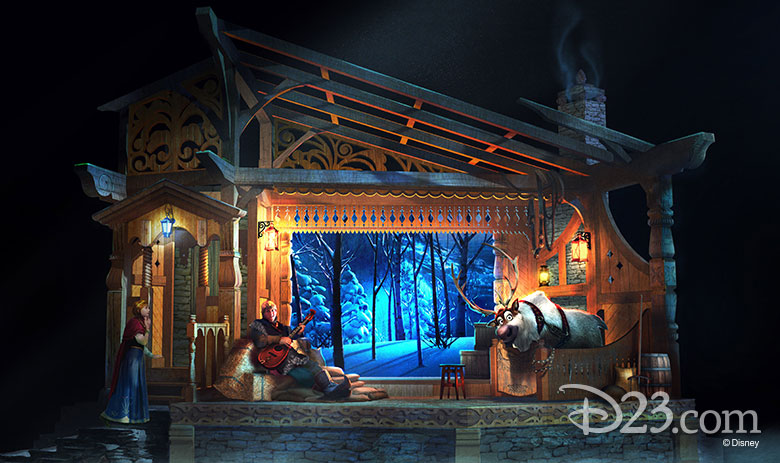 Frozen Celebration (January 11, 2020—May 3, 2020)
One of the most popular Disney stories will soon be coming to life at Disneyland Paris, creating a space for guests to experience even more adventures with Anna, Elsa, Olaf, and other Frozen friends. For a limited time, Disneyland Paris will take guests on an enchanting family journey with a brand-new event: Frozen Celebration. The festivities will include a dazzling new show running four times a day on the parade route starring Anna, Elsa, Kristoff, Olaf, and Sven, complete with incredible dancers, acrobats, and an enchanting new float! Characters from Arendelle will also take part in the Disney Stars on Parade with a Frozen-inspired float. In the evenings, the magical adventures of Anna and Elsa will come to life during Disney Illuminations. 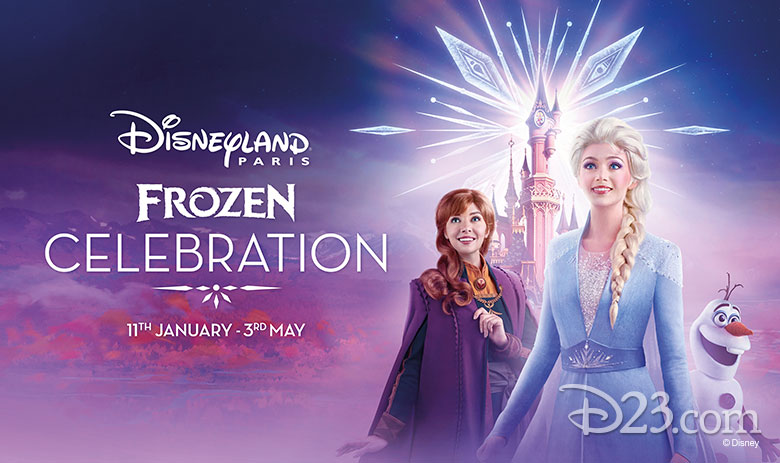 Frozen: A Musical Invitation (November 17, 2019)
Starting this winter, a brand-new interactive adventure will open its doors at the Animation Celebration in Walt Disney Studios Park. Titled Frozen: A Musical Invitation, guests will be transported to the kingdom of Arendelle, where they will play and interact with their favorite characters across several stages. In the first room, guests will sing and learn to dance to magical moves with Anna, Kristoff, and Sven. In the second room, guests will be invited into the ice palace to sing “Let It Go” with Elsa herself. And, at Animation Celebration, guests can meet Olaf. 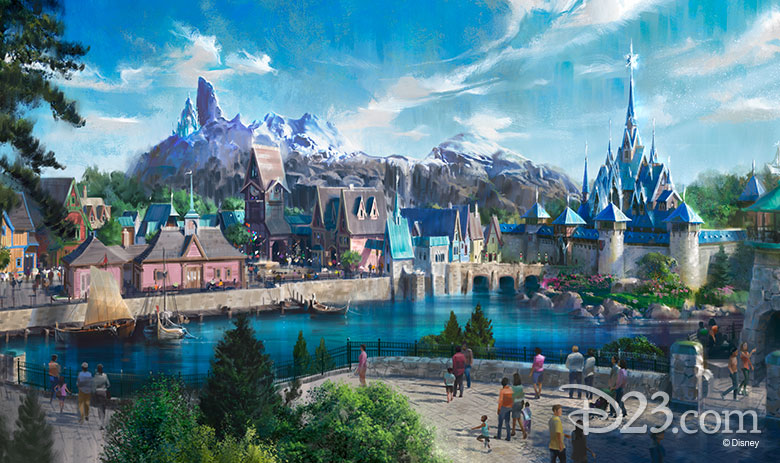 All-New Frozen-Themed Area (TBD)
Part of the multi-year expansion of the Walt Disney Studios Park, the new land will offer guests even more Frozen experiences. Guests will see the snow-capped mountain of Arendelle in the distance opposite a magnificent lake, with an attraction that will take them to the center of the kingdom. The area will also include character encounters, a new restaurant, and a special shop. 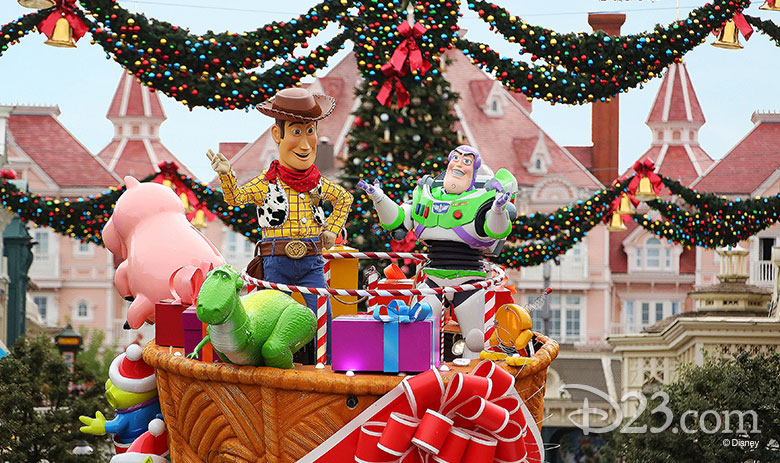 The coming months will see several returning events, beginning with Disney’s Halloween Festival (September 28–November 3, 2019). There’ll be frights and laughter aplenty at Disneyland Park where guests can experience a new show and updated attractions—including a new version of The Twilight Zone Tower of Terror, which will have a new story, dazzling special effects, and new thrilling drop sequences. Here are some other dates guests will want to keep in mind: 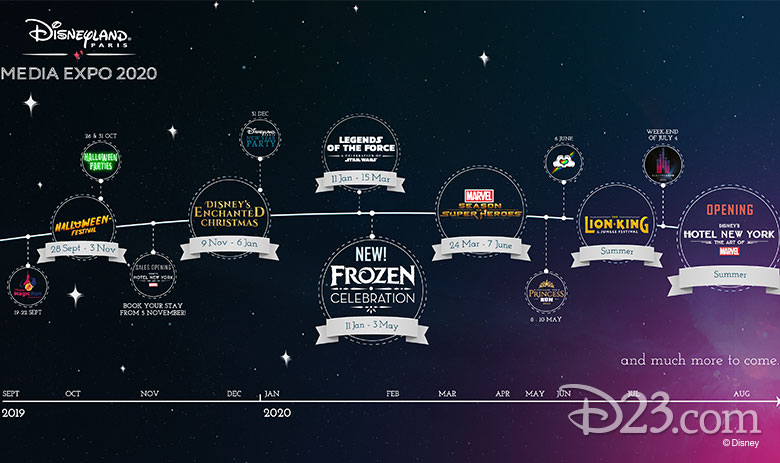 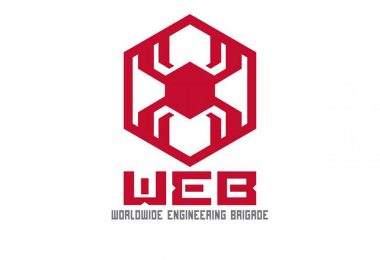