Talk about “breaking the Internet”! Walt Disney Animation Studios just announced the most smashing news we’ve heard in years: The beloved Wreck-It Ralph is returning to the big screen in a sequel to the 2012 original film—so mark your calendars now for March 9, 2018! Click here to find out more. 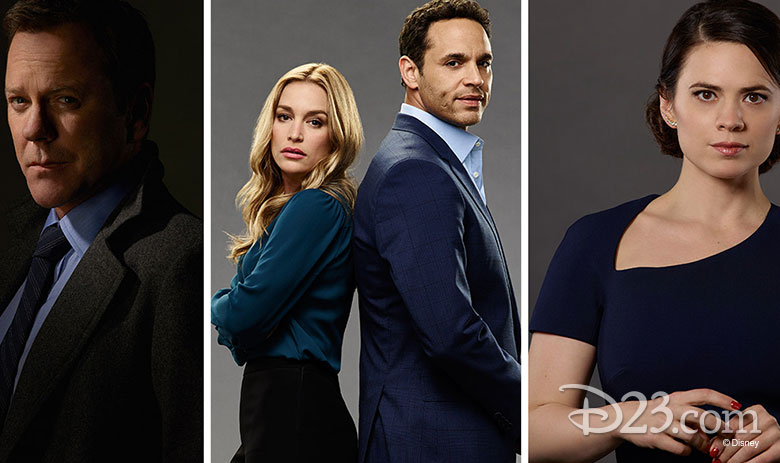 Summer may have just begun, but that doesn’t mean we can’t start getting excited for ABC’s 2016–17 television season! Come this September, ABC’s the place to be with a host of new shows, as well as returning favorites.

Sunday, September 25, marks the return of Once Upon a Time, Secrets and Lies, and Quantico (from 8 p.m. to 11 p.m. EST). On Monday, October 3, tune in for the series premiere of Conviction at 10 p.m. EST; and keep an eye out for the series premiere of American Housewife on Tuesday, October 11, at 8:30 p.m. EST (alongside the return of The Middle, Fresh Off the Boat, and The Real O’Neals).

The latest video series from Disney Interactive Media, Tsum Tsum Kingdom, takes us into the secret lives of everyone’s favorite plush pals… and this week, we’re learning all about what happens when Nemo—the adorable co-star of Disney•Pixar’s Finding Dory—comes to life in a toy store and goes on the adventure of a lifetime.

Can he make it out of the store unscathed? Does Winnie the Pooh come through in the clutch with some well-timed help? Can Nemo reunite with his Finding Dory Tsum Tsum friends before it’s too late? Check out the video, above, and find out! 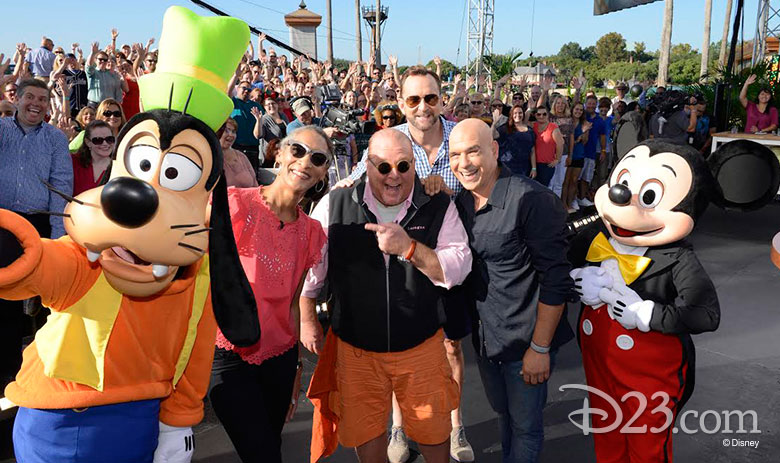 They had so much fun last year, they’re coming back for more! Yes, the hosts from ABC’s The Chew—Clinton Kelly, Carla Hall, Michael Symon, Daphne Oz, and Mario Batali—are returning to the Epcot International Food & Wine Festival to tape a full week’s worth of shows, from October 5 through 7! (The shows will air on ABC October 10 through 14, at 1 p.m. EST/12 p.m. PST—but double-check your local listings, just in case.)

Audiences will once again get to be part of the taping, as the co-hosts share highlights of the 21st annual festival, as well as recipes and dining experiences from the four Walt Disney World Resort theme parks and Disney Springs. (Heading to Epcot yourself? Then keep an eye on epcotfoodfestival.com for more info about securing show-taping tickets.)

An Amazing Inside Look at Hercules’ “Zero to Hero”

Can you believe we’re about to celebrate two decades of Disney’s hilarious, tune-filled Hercules? Our friends over at Oh My Disney marked the film’s 19th anniversary this week by posting a never-before-seen—and extremely cool—video that includes the live-action “reference footage” animators used to create the fabulous “Zero to Hero” musical number in the 1997 Ron Clements/John Musker-directed cult classic.

See real-life dancers posing as the film’s “Muses,” and watch how their movements (created by former En Vogue choreographer Frank Gatson) went from static storyboards through to the eventual film. “Herc is on a roll,” indeed… 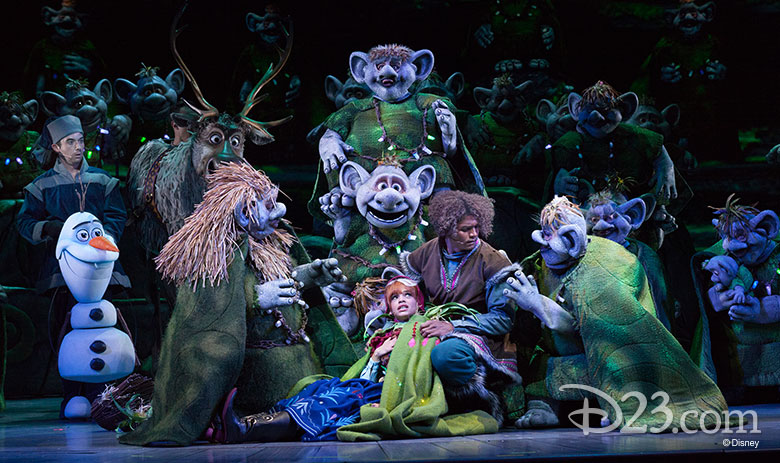 Disney California Adventure’s newest production, Frozen—Live at the Hyperion, is now playing daily at the Hyperion Theater—and it’s become the coolest “ticket” in town! But if you’re a Frozen fan of the highest order (and truly, who amongst us isn’t?), then you’ll be interested to know that DCA has just opened reservations for three special pre-show packages that will take your experience to the next level…

The “Frozen Pre-Show Package” invites guests to “chill” with family and friends inside Stage 17 (near the Hyperion Theater), which has been transformed into a frosty castle courtyard in Arendelle. Plus, you’ll get to enjoy a yummy shave ice dessert before you head over to the theater and settle into your priority seats. The “Frozen Pre-Show Plus Lunch Package” includes the above, plus an amazing three-course dining experience at DCA’s Carthay Circle. But for the ultimate treat, check out the “Frozen Signature Dining & Behind-the-Scenes Package”; it includes the pre-show celebration and priority seating, plus a behind-the-scenes experience at the Hyperion following the show, and a four-course dinner at Carthay Circle to cap off the evening.

Build yourself a snowman (err, we mean, get more information!) by visiting the Frozen—Live at the Hyperion page at Disneyland.com.