Take a peek at the new Avengers: Infinity War trailer, and find out about the “super” new additions coming to Disney Parks worldwide… Read more, along with other news from around Disney, in this week’s news briefs!

Talk about epic! The official trailer for Marvel Studios’ Avengers: Infinity War was just released late last week, and honestly—we’ve already watched it multiple times. (OK, maybe many multiple times.) If you haven’t yet taken a gander, do yourself a favor and click play, above.

It’s got everything we want in a Marvel Studios film—thrilling action, astonishing adventure, dire turmoil, and just the right smattering of hilarious tension-breakers. (Hi, Star-Lord!) Directed by Anthony and Joe Russo, Avengers: Infinity War is a cinematic event a decade in the making, bringing the ultimate (and deadliest) showdown of all time to the big screen. So take out your red marker and put a big circle around April 27 on the nearest calendar… we’ll see you at the cineplex!

Huge news for all you “super” fans: Three action-packed new areas—themed after your favorite Avengers and Super Heroes—are coming to Disneyland Resort, Disneyland Paris, and Hong Kong Disneyland! D23.com has a rundown of this exciting announcement right here. 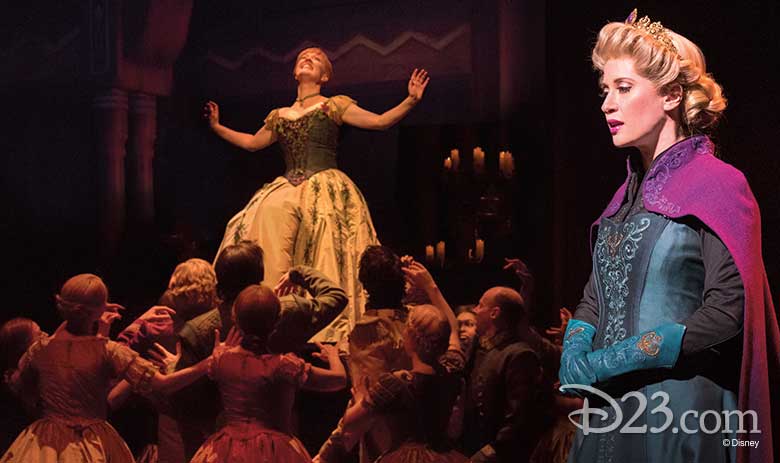 Disney Theatricals’ latest creation, Frozen, has been delighting audiences in previews for the last month—and to celebrate its sure-to-be-huge official opening night this Thursday, March 22, the production just released some brand-new (and seriously gorgeous) photos from the show.

With breathtaking scenic and costume design by two-time Tony® and Olivier Award winner Christopher Oram (Wolf Hall Parts 1 & 2, The Cripple of Inishmaan, Evita) and lighting design by six-time Tony Award winner Natasha Katz (Aladdin; Hello Dolly!; An American in Paris), we can tell that this show won’t just be a treat for the ears—it’s sure to delight all senses! 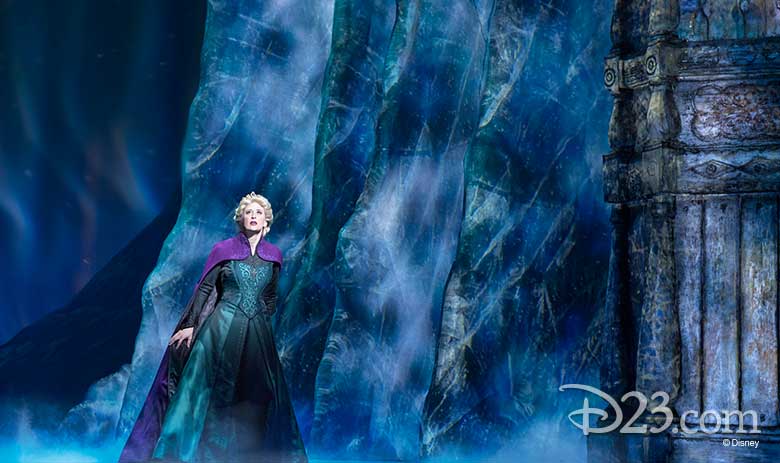 Frozen stars Caissie Levy as Elsa, Patti Murin as Anna, Jelani Alladin as Kristoff, Greg Hildreth as Olaf, and John Riddle as Hans… and is directed by Tony and Olivier Award winner Michael Grandage and choreographed by Tony winner Rob Ashford. See it at the St. James Theatre in New York City.

There’s a new Marvel series coming to Freeform this summer, and it looks terrifically exciting judging by this just-released trailer, above.

Marvel’s Cloak & Dagger is a live-action romance (and adventure!) series that follows Tandy Bowen (Olivia Holt) and Tyrone Johnson (Aubrey Joseph)—two teens from very different backgrounds—as they find themselves burdened and awakened to newly acquired superpowers… all while falling in love.

Tandy can emit light daggers, while Tyrone has the ability to engulf others in darkness. They quickly learn they are better together than apart—but their feelings for each other make their already complicated world even more challenging.

Lightspeed to Disneyland After Dark This Summer…

The latest in Disneyland Resort’s supremely cool Disneyland After Dark series is rocketing into “a galaxy far, far away”! Star Wars Nite will help kick off the global “May the Fourth” celebrations on the evening of Thursday, May 3. Read up on what you can expect, and how to purchase your very own ticket, right here. 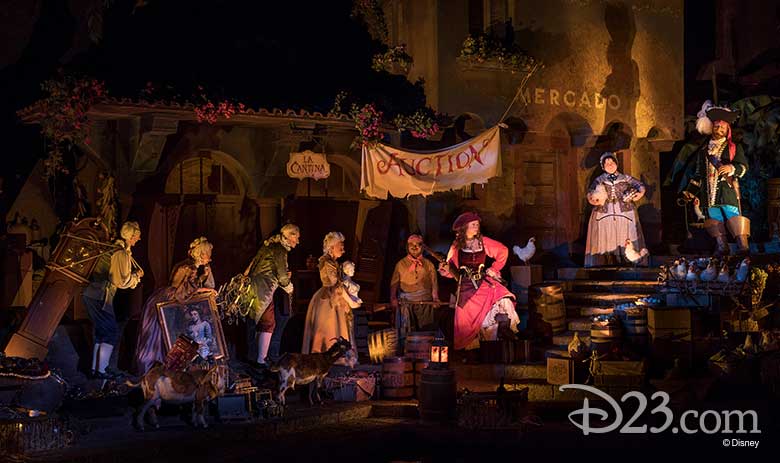 As first announced last summer, the auction scene in the Pirates of the Caribbean attraction at both Disneyland and Walt Disney World Resorts is getting a new auctioneer—in the form of a familiar redheaded denizen of the Pirates crew. (The change was already made to the attraction at Disneyland Paris in 2017.)

Just this past Monday, the new auctioneer made her big debut at Magic Kingdom park; she now oversees a sale of the townspeople’s most prized possessions and goods. In this reimagined scene, the redhead not only has a new name, “Redd,” but she’s also switched sides to become a pirate who’s pillaged the town’s rum supply… and has a little something to say about it!

Disneyland park will receive the same update to the Pirates auction scene later this spring, with work beginning April 23. 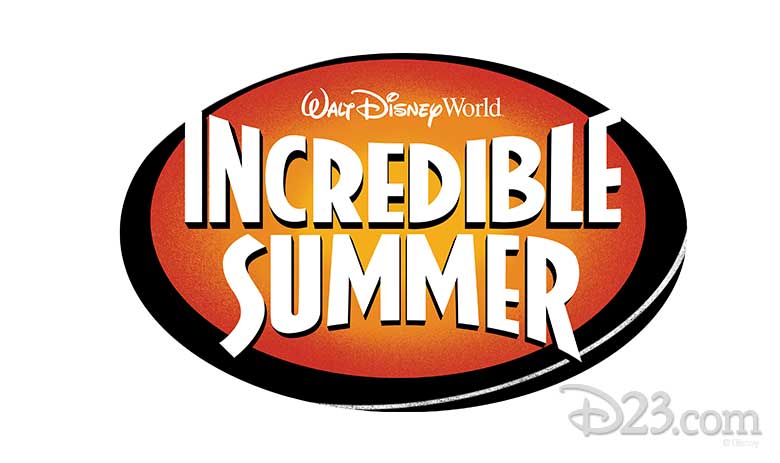 Are you ready to get “incredible” this summer? We sure are! And Walt Disney World Resort has just the ticket: Their “Incredible Summer” celebration will officially begin on May 25, with guests getting a chance to immerse themselves in their favorite Disney films in exciting new attractions, entertainment, and more.

At Magic Kingdom park, a slew of beloved Disney•Pixar characters will take over Tomorrowland from May 25 through September 3 as part of an Incredible Tomorrowland Expo that celebrates “all things super”; you’ll get to interact with characters from The Incredibles and Incredibles 2—and, for the first time ever, meet Edna Mode herself! Over at Epcot, Star-Lord and Gamora will help delight the eardrums of guests young and old with their “Guardians of the Galaxy – Awesome Mix Live!” concert series from June 9 through August 19. A brand-new show, “UP! A Great Bird Adventure,” will debut at Disney’s Animal Kingdom a little early—April 22—to help kick off the park’s big 20th anniversary celebration, and “Donald’s Dino-Bash!” will take over Dinoland, U.S.A., beginning May 25. At Disney’s Typhoon Lagoon, Disney H20 Glow Nights will light up the water park on select, separately ticketed evenings from June 21 through August 11. And over at Disney’s Hollywood Studios, it’s quite possibly the most incredible event of the summer—the grand opening of Toy Story Land on June 30!

But that’s just the tip of the iceberg (cue Frozone)… Keep your eyes peeled for more incredibly cool “Incredible Summer” news as it becomes available. 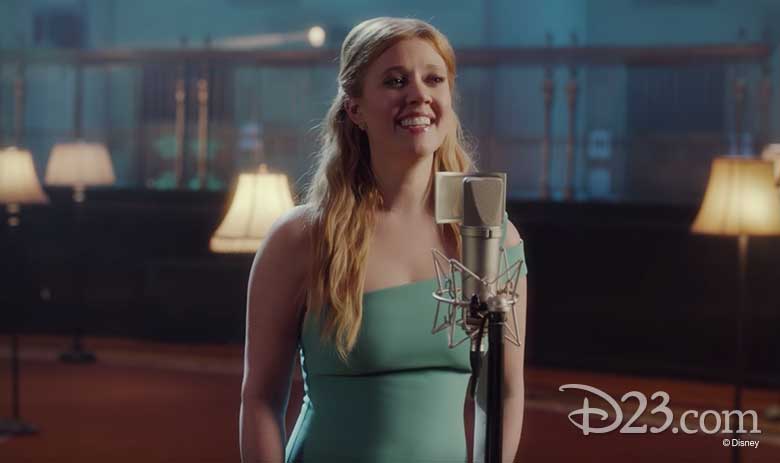 As we mentioned earlier, there’s a chill about to come over the Great White Way—and it’s not the latest Nor’easter! Broadway’s Frozen officially opens at the St. James Theatre in on March 22… and just last Friday, the show released its final “Frozen Friday” new song reveal: “True Love,” as sung by Patti Murin as Anna. Take a look right here at D23.com. 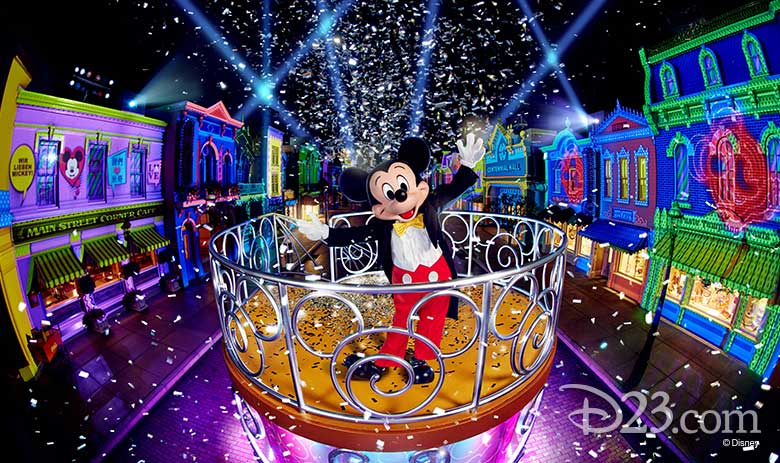 “Carnival of Stars” to Shine Bright at Hong Kong Disneyland

Our friends at Hong Kong Disneyland are getting ready for a big, new celebration this spring and summer! “Carnival of Stars” will introduce a slew of new atmosphere entertainment and shows—including the We Love Mickey! projection show that will transform Main Street, U.S.A.; a Disney Friends Springtime Processional that’ll bring together more than 30 Disney characters to sing and dance with guests; the park’s very first appearances of Black Panther, Spider-Man, and Groot; and the first-ever Disney•Pixar-themed Water Play Street Party.

But that’s not all: Over in Adventureland, the fantastic new Karibuni Marketplace will immerse guests in the sights and sounds of Africa—and Moana herself debuts in the park for the first time, starring in the brand-new stage show Moana: A Homecoming Celebration.

If you happen to be heading out on an epic vacation to Hong Kong in the next few months, be sure to put the “Carnival of Stars” on your itinerary. (And then take some pics of the fun and show ‘em off at D23’s Facebook and Twitter!)