The Disney Parks Blog has just shared a sneak peek at three themed areas coming to Disneyland Resort, Disneyland Paris and Hong Kong Disneyland that will invite guests to become part of a bigger universe filled with epic heroes and adventures. The exciting new experiences were developed in partnership with Marvel Studios and Marvel Themed Entertainment. 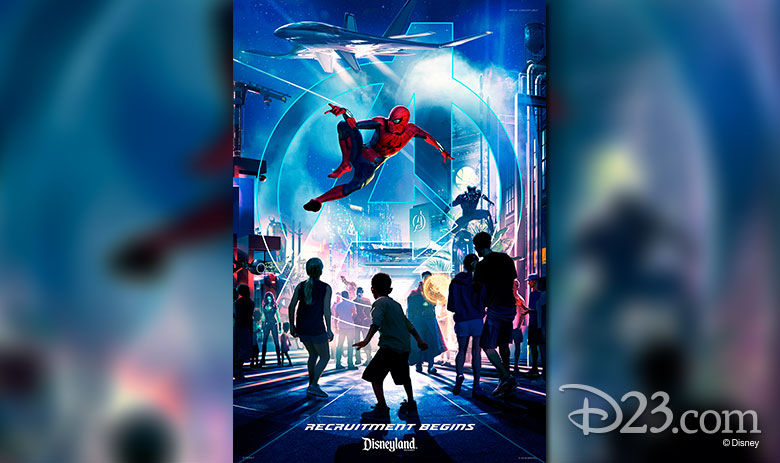 Beginning in 2020, guests will be able to immerse themselves in the Super Hero universe at Disneyland Resort, as the evolution of Disney California Adventure park continues. The Guardians of the Galaxy, Spider-Man and the Avengers will assemble in the new land, which will be anchored by the popular Guardians of the Galaxy – Mission: BREAKOUT!, in the adjacent space currently occupied by “a bug’s land.” It’s Tough to Be a Bug closed March 19 to make way for the new experience; the rest of the land will close in late summer. 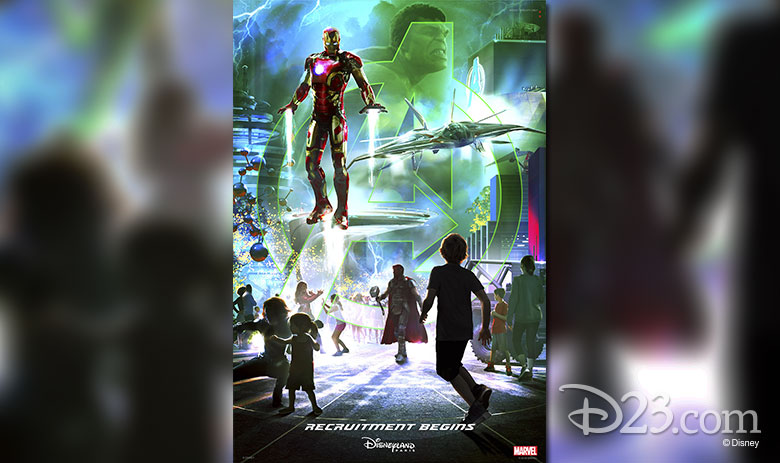 The Marvel-themed area coming to Walt Disney Studios Park at Disneyland Paris will include a reimagined attraction where riders will team up with Iron Man and their favorite Avengers on a hyper-kinetic adventure. The experience—which promises to be très super—opens in 2020, but you can enjoy a Marvel Summer of Super Heroes at Disneyland Paris this year. From June 10 through September 30, favorite Super Heroes will take the stage for a never-before-seen production that features cutting-edge special effects and spectacular projections. 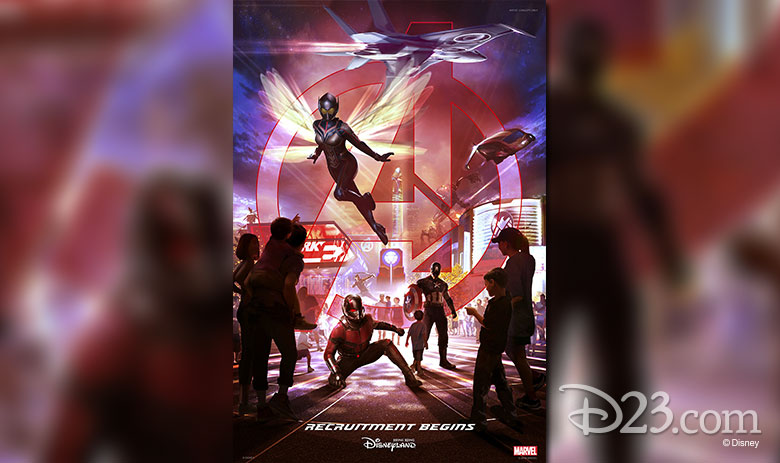 At Hong Kong Disneyland—where Iron Man Experience has already become the resort’s most popular attraction—guests will also enjoy a new themed area as part of a multi-year expansion plan that is currently underway. A new attraction will enable guests to team up with Ant-Man and The Wasp to face off against Arnim Zola and his army of Hydra swarm bots.

We’ll continue to assemble updates as more information is announced, so stay tuned to D23 for all of the heroic details.