Catch up with Hiro and Baymax, and see where some of your favorite Pretty Little Liars have wound up… Read more, along with other news from around Disney, in this week’s news briefs!

Oh, the anticipation! We’re patiently awaiting the debut of Disney XD’s Big Hero 6 The Series—the continuing adventures of Hiro, Baymax, and all their crime-fighting pals. So color us tickled-pink that we just got a special sneak peek at the show… Check out the fun clip, above!

Big Hero 6 The Series picks up immediately following the events of the Walt Disney Animation Studios’ Oscar®-winning feature film, and continues the friendship (and memorable exploits!) of Hiro, the 14-year-old orphaned tech genius, and Baymax, his very special plus-sized inflatable healthcare companion. Many of the movie’s original voice actors—including Ryan Potter as Hiro, Maya Rudolph as Aunt Cass, Scott Adsit as Baymax, Jamie Chung as Go Go, Genesis Rodriguez as Honey Lemon, and Alan Tudyk as Alistair Krei—return for the series, which makes its big debut this November.

“Curse you, Perry the Platypus!” Calling all Phineas and Ferb fans: There’s a very special episode of a very fun show that you positively mustsee this weekend… Fan-favorite Doofenshmirtz will be making his debut in the Season 1 finale of Milo Murphy’s Law this Saturday, September 30! Creators/executive producers Dan Povenmire and Jeff “Swampy” Marsh had announced the news of a big Milo Murphy’s Law and Phineas and Ferb crossover (premiering in 2018 on Disney XD) during this past San Diego Comic-Con… and Doofenshmirtz’s appearance this weekend is just the beginning.

In this special half-hour episode “Fungus Among Us,” Milo, Cavendish, and Dakota travel back to 1965 and inspire the creation of Dr. Zone, only to encounter a sinister plot to take over the world. Back in the present, Zack and Melissa find that everyone they know is behaving very strangely… and they uncover a dangerous threat springing up among them. The episode premieres this Saturday, September 30, at 8:30 a.m. EDT, on Disney XD.

FYI: Dan and “Swampy” have been planning a crossover since the very beginning of Milo Murphy’s Law… and they’ve been planting cool “Easter eggs” throughout the first season hinting at the fact that Milo and friends live in Danville, just a few neighborhoods away from Phineas and Ferb. In addition to Doofenshmirtz, other favorite characters confirmed to appear include Perry the Platypus, Candace, Isabella, Baljeet, Buford, and—of course—Phineas and Ferb themselves! 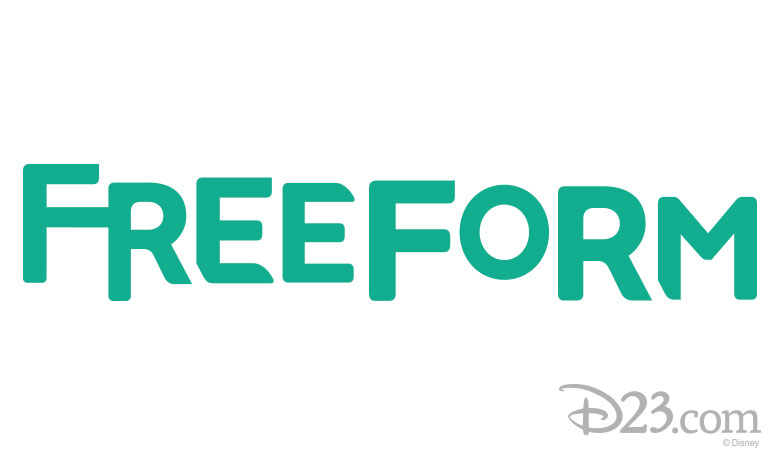 Fans of Pretty Little Liars, do not be dismayed that your beloved show has come to its conclusion… for there is most excellent news on the horizon! Freeform has announced that it’s ordered a pilot (that’s fancy Hollywood talk for “initial episode”) for a brand-new drama called The Perfectionists—based on the popular book series written by Pretty Little Liars author Sara Shepard.

Everything about the town of Beacon Heights seems perfect, from their top-tier college to their overachieving residents. But nothing in this town is as it appears to be. The stress of needing to be perfect leads to the Beacon Heights’ very first murder. Not an easy case to crack… because behind every town “Perfectionist” is a secret, a lie, and a much-needed alibi. Pretty Little Liars stars Sasha Pieterse and Janel Parrish—who played former queen bee Alison DiLaurentis and mysterious Mona “A.” Vanderwaal, respectively—are already set to reprise their original roles in the new pilot.

Look for more information, including additional casting, as it develops. 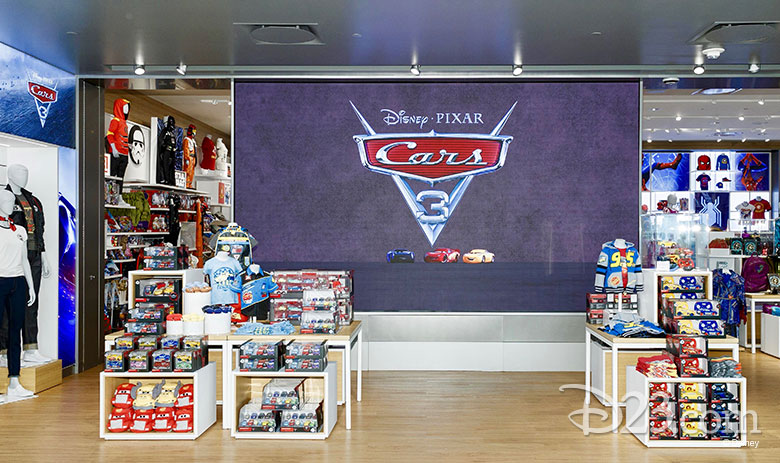 With the holidays coming up, it’s worth noting that your ability to purchase all manner of Disney products just got easier—and way more fun! This week, Disney launched shopDisney.com, a new e-commerce destination that offers the coolest assortment of Disney, Pixar, Star Wars, and Marvel products for fans of all ages. Plus, you’ll be able to find twice the amount of official Disney Parks merchandise on the new site, as well as “Create Your Own” customizable products.

But that’s not all… several Disney stores—both here in the United States and around the globe—have received a magical makeover. These prototypes will be now be incorporating more products for both children and adults and they feature a fresh new look and feel; additionally, giant LED screens in each store will feature a daily experience called LIVE from Disney Parks—where guests can gather to watch a Disney Parks parade stream as it happens! (Amazing, right?) And every evening before store closing, the screens will feature a specially created digital fireworks display that’ll send everyone off with Disney’s legendary “kiss goodnight.”

The new Disney store prototypes are now open in Century City and Northridge, Calif.—as well as in Nagoya, Japan, and Shanghai, China. Two more prototypes will open in Miami and Munich later this year. Keep your eyes peeled for more info about this magical new way to enjoy a Disney shopping experience as it becomes available…

How to #SaveGroot at Guardians of the Galaxy – Monsters After Dark

Curious as to what Monsters After Dark entails? Well, the storyline picks up right after the shenanigans of Mission: BREAKOUT!; the Guardians have set out from The Collector’s Fortress, but they’ve forgotten one important thing… Groot! Check out the above clip from our pals at the Disney Parks Blog to hear from Imagineers Joe Rohde and Amy Jupiter about how audiences can help Rocket Raccoon find Groot and save him from something sinister lurking in the shadows.

Guardians of the Galaxy – Monsters After Dark is now open for Halloween Time at the Disneyland Resort, every evening through October 31. 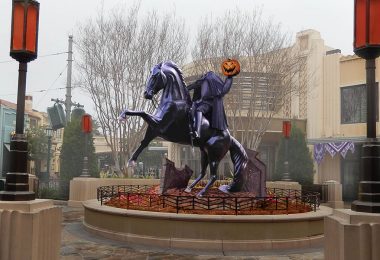 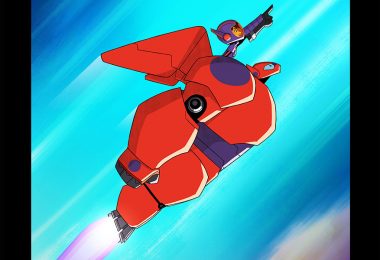