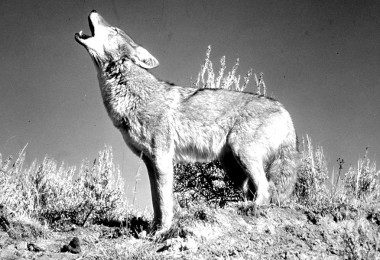 Q : Where can I get a copy of Chico the Misunderstood Coyote? I just recently learned that my grandpa, Joy Hale, was in this episode. He never talked about this when he was alive and unfortunately he passed away in 1999. Any copy he may have had was probably thrown away or donated.
Debra, Marysville, Washington
A: The television film, Chico the Misunderstood Coyote (1961), has never been released on videocassette or DVD, so it is currently unavailable.
Q : Where can I get a copy of A Fire Called Jeremiah (1961)? Also, I would like a copy of Fire On Kelly Mountain?
Ken, Thunder Bay, Ontario
A: Fire on Kelly Mountain was released on a Wonderful World of Disney VHS video cassette in 1986, with a reissue in 1995, but it has not been available since. A Fire Called Jeremiah has not been released on VHS or DVD.
Q : I am inquiring about a movie that aired on Disney Channel a number of years ago entitled Rip Girls. In the movie, a girl revisits her hometown after a long-lost relative bequeathed the family plantation to her. I was wondering where the scenes with the plantation were filmed. Is it an actual house or was it filmed on a set? If it was not a set, could you please provide an address or a specific location? In the film, the girl and her new friends also visited an abandoned plantation. Could you also inform of this filming location as well (physical address or was it a set)? I would like to design a similar looking house, and any information you could provide would be greatly appreciated.
John
A: I do not know the exact location of the plantation, but sources note that filming took place in Cabarita Beach, NSW, Australia. The film credits say Queensland, but I am unaware of the reason for this inconsistency.
Q : When I was a kid, I saw a movie on TV: There was a trucker, he had a dog (a greyhound). He probably made money with that dog by racing. While he drove the truck, the dog was in a little dark box under the trucker. He was really mean. Maybe the name of the dog was Gretel. Can you help me find the name of that movie?
luzie, Oberursel, Germany
A: We did a television film entitled Greta, the Misfit Greyhound in 1963. Here is the summary from my Disney A to Z encyclopedia.
Q : Back in the early ’90s, the old Donald Duck Presents show on the Disney Channel would occasionally show short animated films from a What Should I Do series. A moral dilemma would be shown from three different points of view. I was aware these must have been older films then. Can you tell me anything about this series, like when they were produced, if they were theatrically released, if any notable Disney talents worked on them, and how I might be able to view clips or entire films?
Matt, Hudson, North Carolina
A: What Should I Do was a series of five educational films offering “possible solutions to common dilemmas children face as they learn to live together,” produced in 1969–70, and revised and updated in 1992. The titles are The Fight, The Game, The New Girl, Lunch Money, and The Project. Director was Les Clark and writer was Bill Berg. Other credits included Cliff Nordberg (animation), Ken O’Connor (art styling), George Bruns (music), Mel Leven (song) and Jim Love (film editor). Six additional films were added to the series in 1992—The Baseball Card, The Fight (different than the earlier title), The Game (also different), the Lunch Group, The Mural, and The Play. The films were never released theatrically. 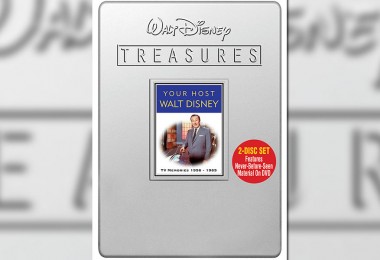 Q : I have been a fan of Walt Disney and his TV show for a long time. I was wondering if there will ever be a chance of his TV series getting released on DVD.
Grant, Grand Island, Nebraska
A: Many of the television episodes were released on DVD as part of the Walt Disney Treasures series, such as the Your Host, Walt Disney volume (2006).
Q : I was wondering if Walt Disney ever appeared as a guest on The Tonight Show with Johnny Carson, or any other talk shows, such as The Merv Griffin Show? If so, are there videos of those interviews available from the Walt Disney Archives for us to see?
John, San Diego, California
A: I am unaware of any such appearances, though Walt did filmed TV interviews with Fletcher Markle of the Canadian Broadcasting Co., and Bob Wright of KNBC (Los Angeles). Video or transcripts of scripts are available on the Internet. 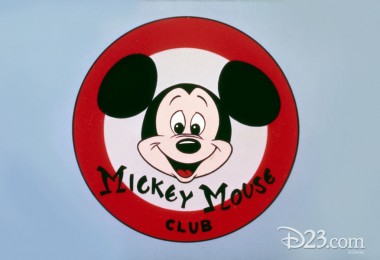 Q : I used to have a certificate that listed me as an “Official Member of Mickey Mouse Club” dated 1959, but unfortunately it has gone missing over the years. I remember on the back were autographs of Jimmie Dodd, Cubby O’Brien, and Darlene Gillespie. As the story goes, the three MMC members made an appearance at a State Fair in either Santa Barbara or San Luis Obispo Counties. My parents took me to meet them (I was barely two years old) and evidently they had a table where a child could register and become a MMC member. My parents registered me and I got my certificate, a MMC badge/button and a pair of Mouse Ears. My question is, among the archives, is there a roster of the names of kids like me who signed up for the MMC or was that registration formality more of a marketing promotion for the show?
Leo, Santa Maria, California
A: No, there is no list of names. According to the TV show, anyone who watched the Mickey Mouse Club was officially a member. Membership cards and membership certificates were indeed a marketing promotion.
Q : Please advise how I might obtain lyrics for the daily theme songs performed by the ’70s show The New Mickey Mouse Club. I am particularly interested in Monday’s “Who, What, Why, Where, When, and How Day.”
Ed, Adelaide, South Australia
A: The lyrics, by Mark Ray, are: “It’s a who what why where when and how day. Planet Mars and purple cow day. Holy mack’rel Mouseketeer day. Day for you and me. A how when where why what and who day. Shake a hand and how-dee-do day. Find the treasure in the cave day. Day for you to be. It’s a who what why where when and how day. Anything your mind allows day. Stand right up and take a bow day. Let the whole world see.”
Q : Does Inside Outer Space have footage from Man and the Moon, Man in Space, and Mars and Beyond?
Matthew, North Hollywood, California
A: Yes, Inside Outer Space, starring Ludwig Von Drake, which aired on Walt Disney’s Wonderful World of Color on February 13, 1963, used footage from Man in Space (approximately 9 minutes), Man and the Moon (13 minutes) and Mars and Beyond (14 minutes). Since those three shows had earlier been aired only in black and white, this was the first color television airing for the footage.